Mohegan Sun Arena in Uncasville, Conn. - In the co-main event, Philadelphia's undefeated welterweight sensation Jaron Ennis (26-0, 24 KOs) saw his impressive 16-fight knockout streak come to a disappointing end after an accidental headbutt in the first round caused a brutal cut to the forehead of his opponent, Chris van Heerden (28-2-1, 12 KOs). (photos by Amanda Westcott)

With only two minutes and thirty-nine seconds inside the ring to showcase his skills, Ennis was still able to flash glimpses of his championship potential as he landed 22 of 57 punches, 19 of them power shots as he appeared destined to stop the South African van Heerden and keep his KO streak alive before the clash of heads. 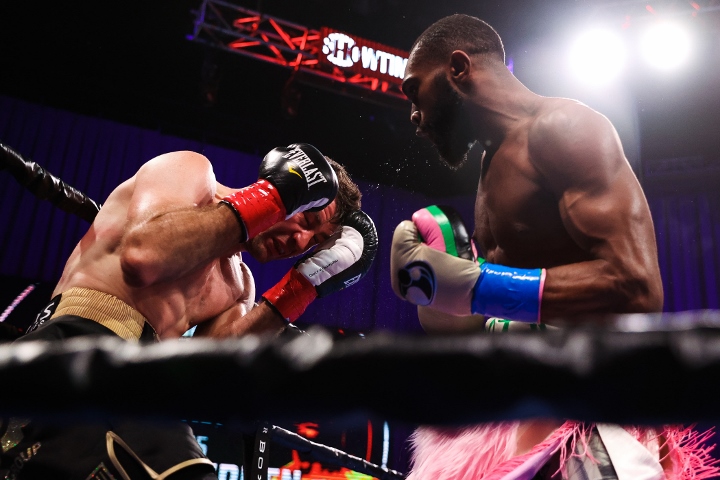 Also on the card, in the telecast opener, bantamweight contender Gary Antonio Russell (18-0, 12 KOs) kept his unblemished record intact with a technical decision victory over former world champion Juan Carlos Payano (21-5, 9 KOs). After an accidental headbutt caused a bad cut to the left brow of Payano, referee David Fields stopped the fight after the sixth round at the advice of the ringside physician. The fight went to the scorecards, where Russell led on all three cards (58-56, 59-55, 59-55). 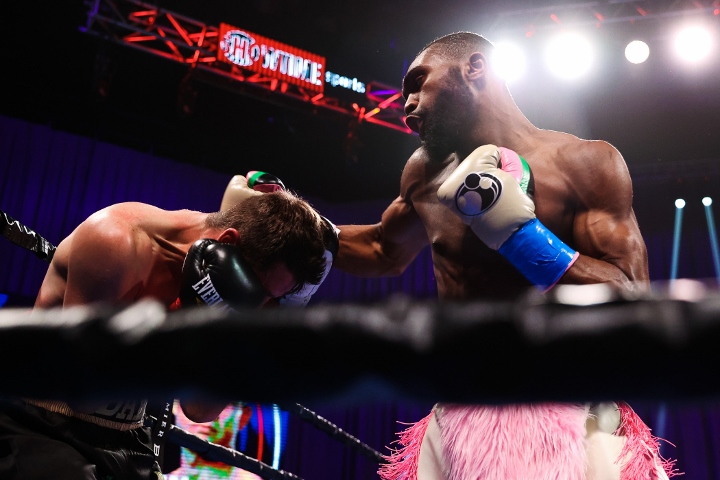 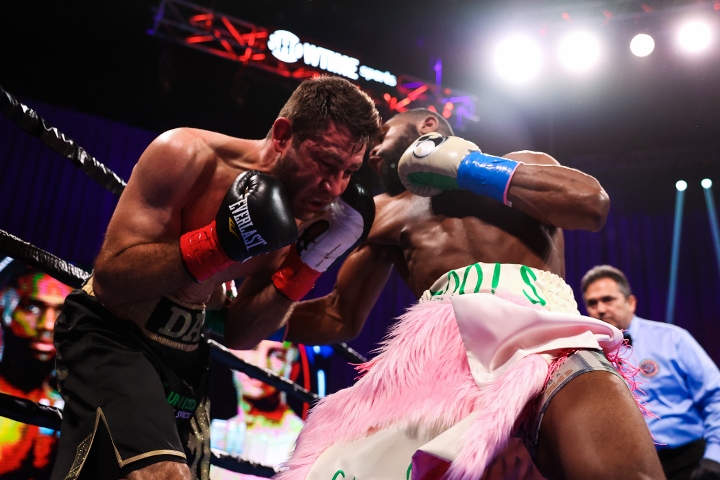 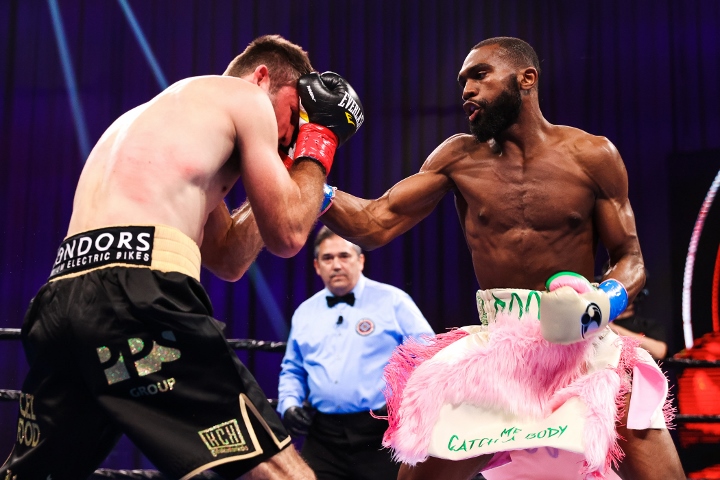 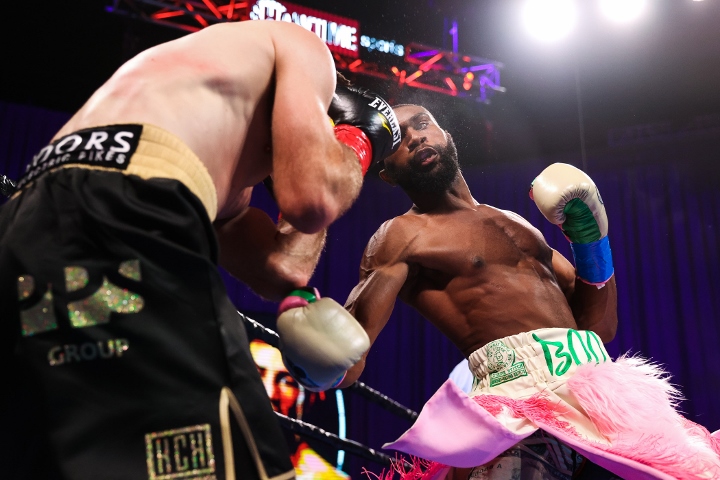 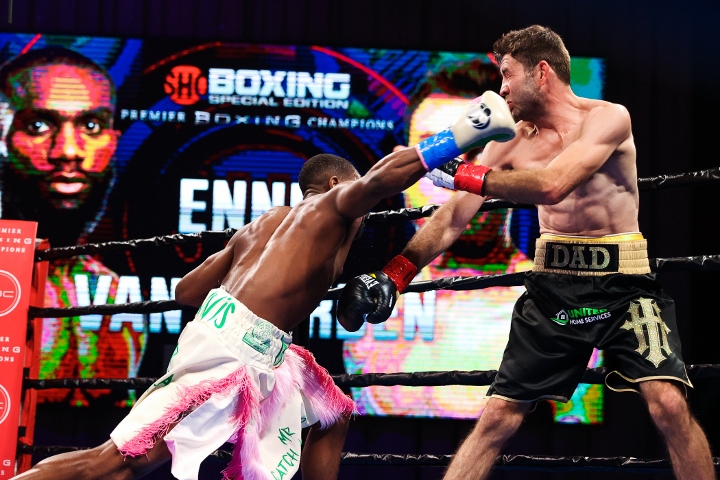 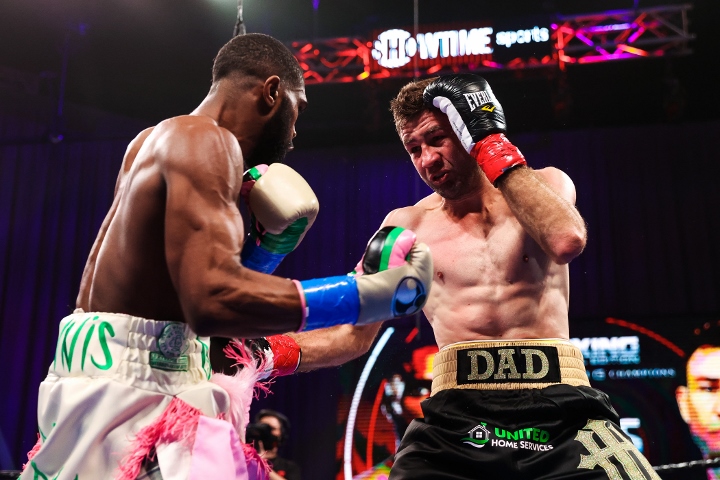 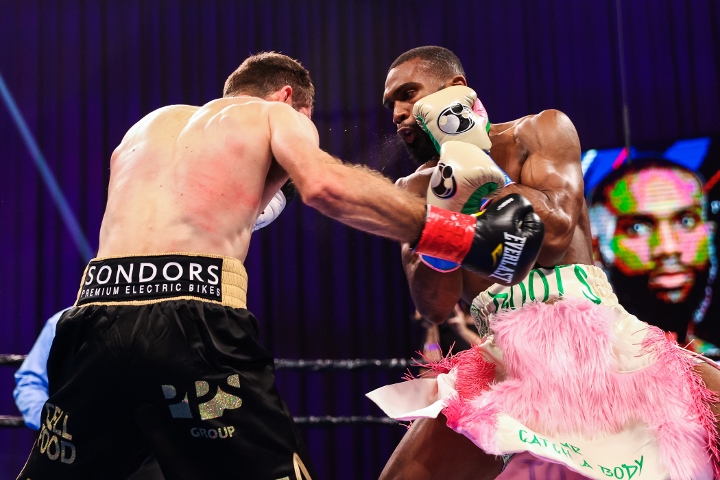 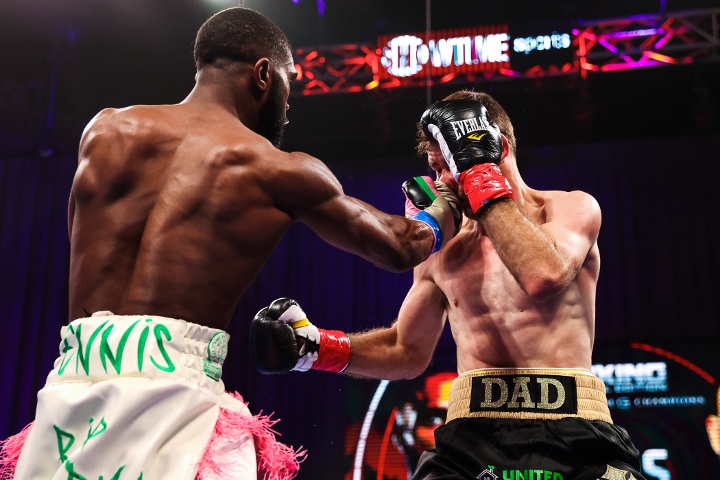 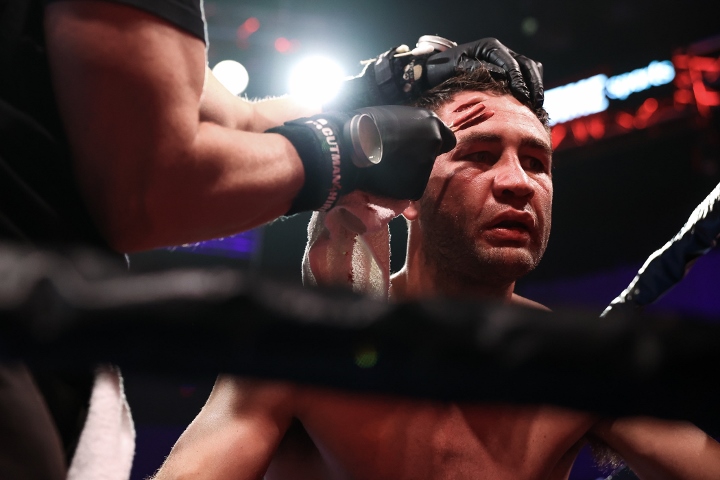