Salle Medecin in Monte Carlo, Monaco - In what was his last contest in the weight class, WBA bantamweight champion Jamie McDonnell (29-2-1, 13 KOs) fought to a three round no-decision in his rematch with Liborio Solis (25-5-1, 11 KOs).

An accident clash of heads opened up a bad cut above the left eye of McDonnell in the third round and it was quickly determined that he was unable to continue. 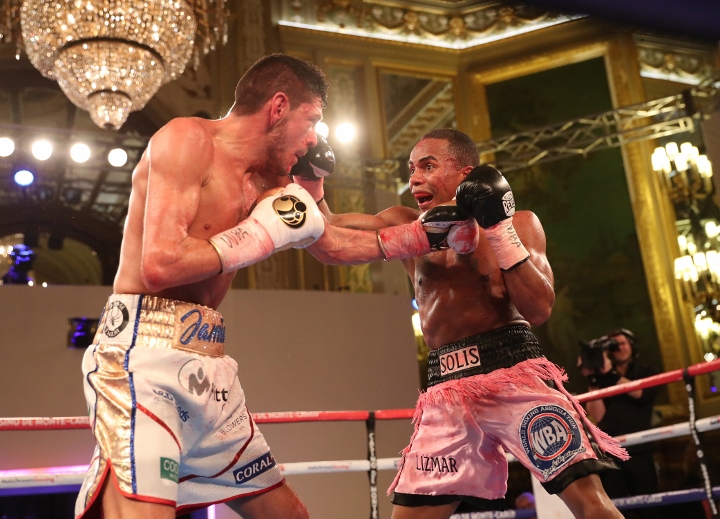 WBA #3 Solis, 35, and McDonnell, 31, haven't fought for almost a year since their first meeting on Nov. 12, 2016. Both were eager to engage, and fists started flying almost immediately. Neither boxer prevailed in the first two rounds, as Solis and McDonnell exchanged heavy blows for joy and appreciation from the crowd. 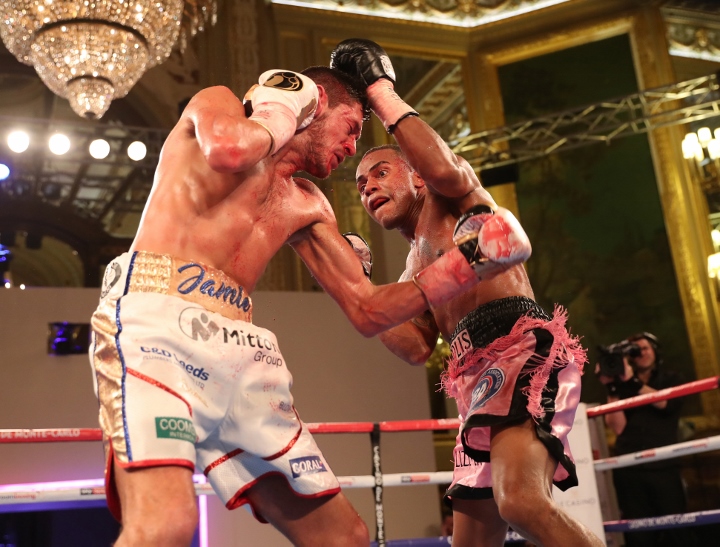 Early into the third, Solis went in and accidentally hit the Brit with his head. A huge cut was opened and immediately started bleeding. Ringside physician examined McDonnell but let the fight continue. 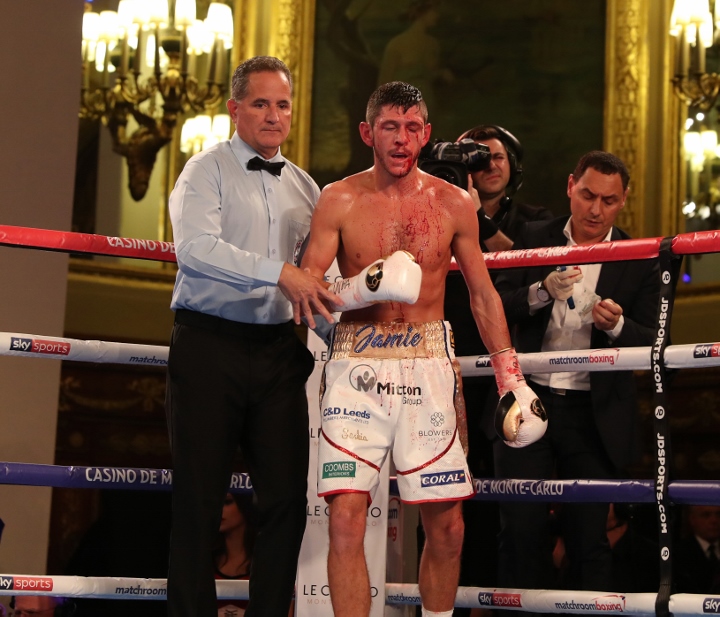 McDonnell, pumped with his laceration, stalked Solis but the Venezuelan countered his blows, further damaging the Brit's face. After two examinations by the ringside physician the fight was stopped for good by the referee. Time was 2:45. 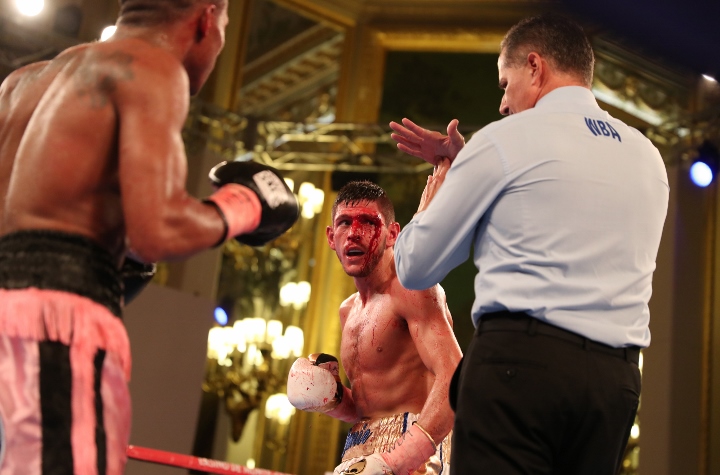 In the first contest, which took place a year ago in the same venue, McDonnell got the nod with all three judges but the result viewed as highly controversial.

It was definitely closer than what the three officials gave it as and the crowd showed their disapproval, but McDonnell disagreed as he claimed his 29th career win. 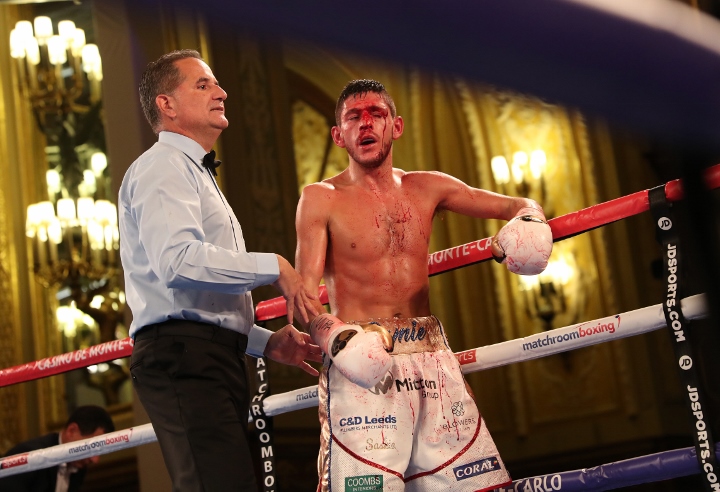 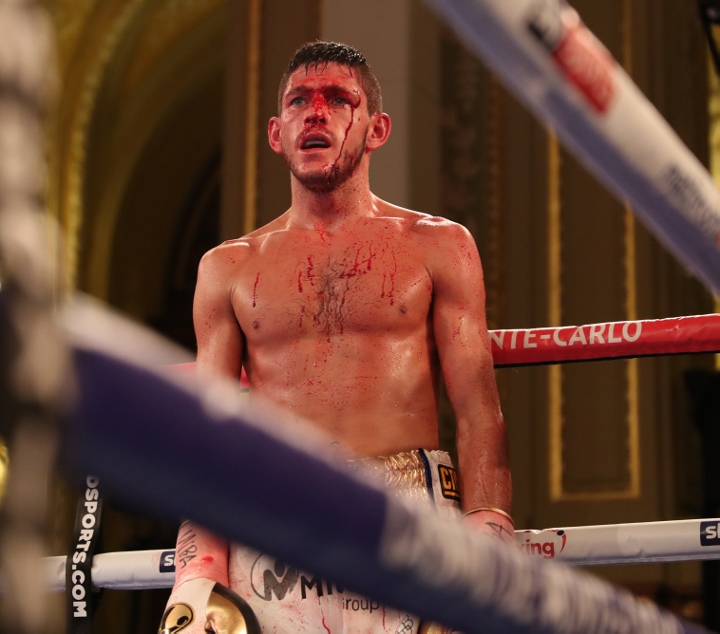 McDonnell was making his fifth defence of the WBA title and it was turning out to be one of the more difficult ones. Solis stabbed out two more rights at the start of the third and pinned the defending champion on the ropes. 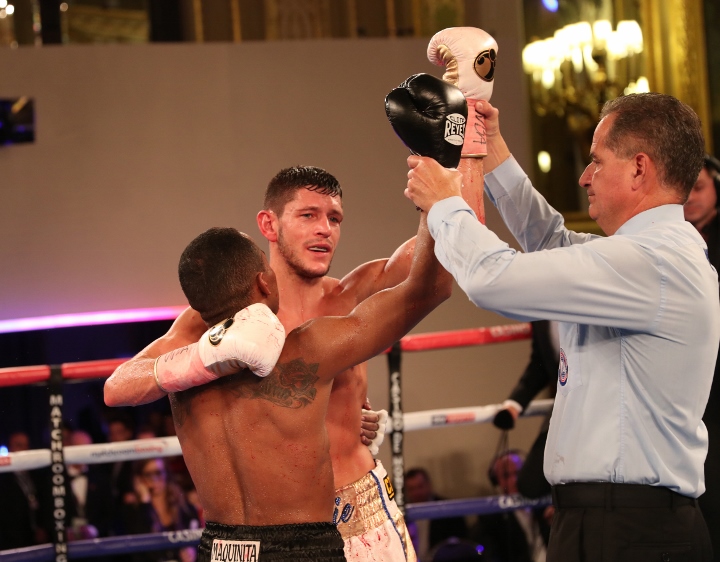