Welterweight contender and Minneapolis-native Jamal "Shango" James and former world champion Antonio DeMarco went face-to-face Thursday at the final press conference before they meet in a 10-round welterweight attraction that headlines FS1 PBC Fight Night and on FOX Deportes this Saturday night from The Armory in Minneapolis. (photos by Andrew Dobin) 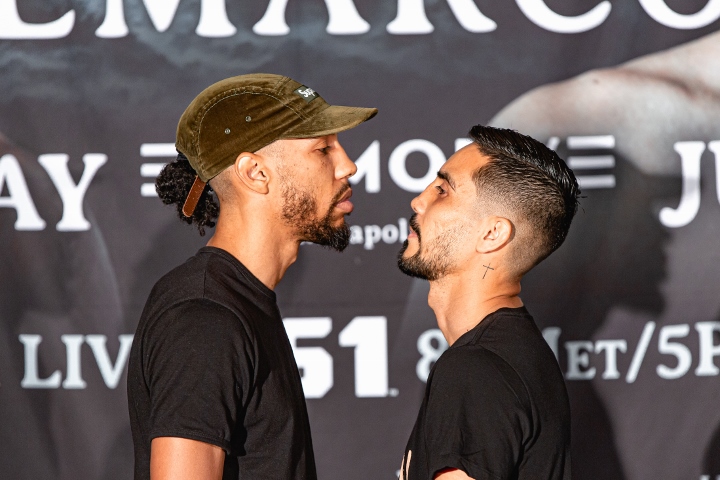 Also in attendance at the press conference were heavyweight contenders Robert "The Nordic Nightmare" Helenius and Gerald "El Gallo Negro" Washington, who meet in a 10-round attraction, plus former heavyweight world champion Charles Martin and Daniel Martz, who battlein a 10-round heavyweight fight also featured on the telecast beginning at 8 p.m. ET/5 p.m. PT. 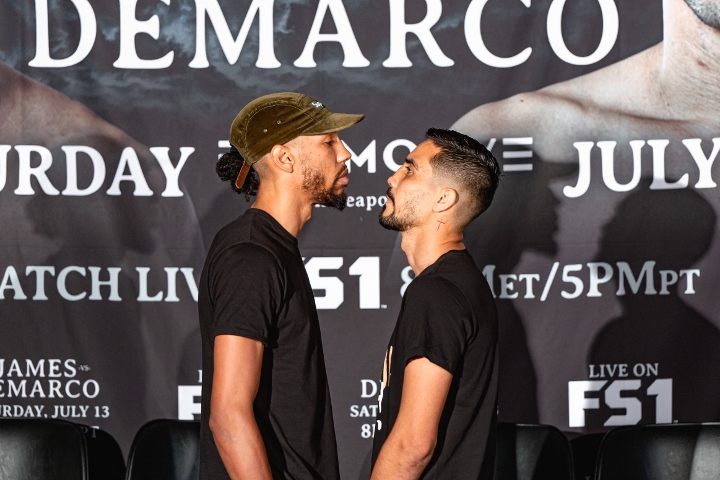 Tickets for the event, which is promoted by Warriors Boxing and TGB Promotions, are on sale now and can be purchased at the Armory at http://ArmoryMN.com/ and through Ticketmaster. 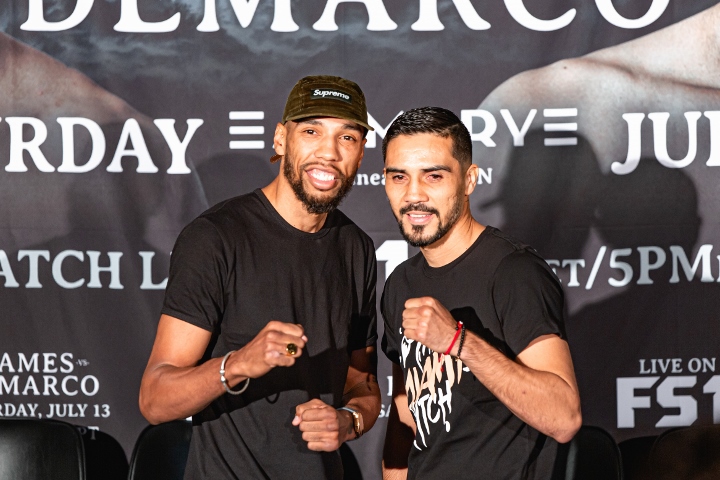 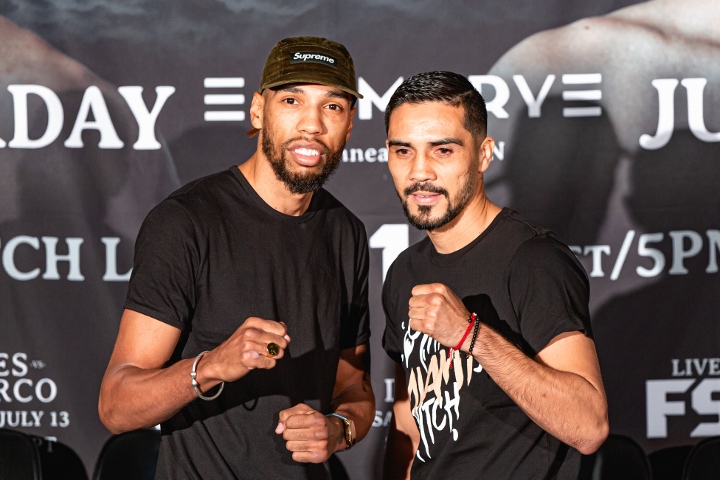 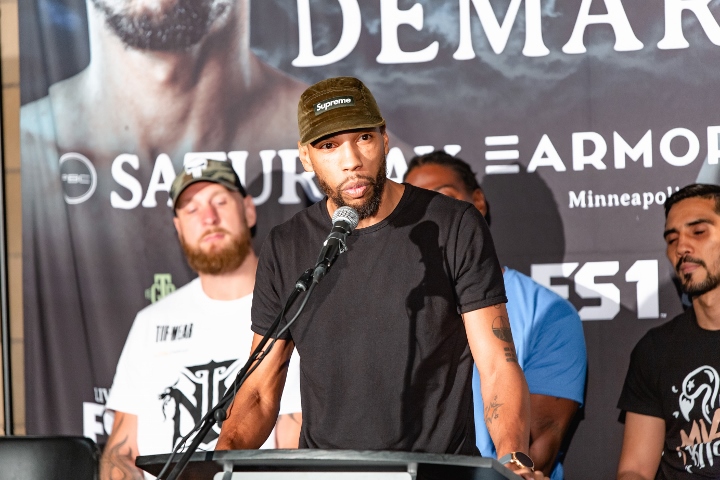 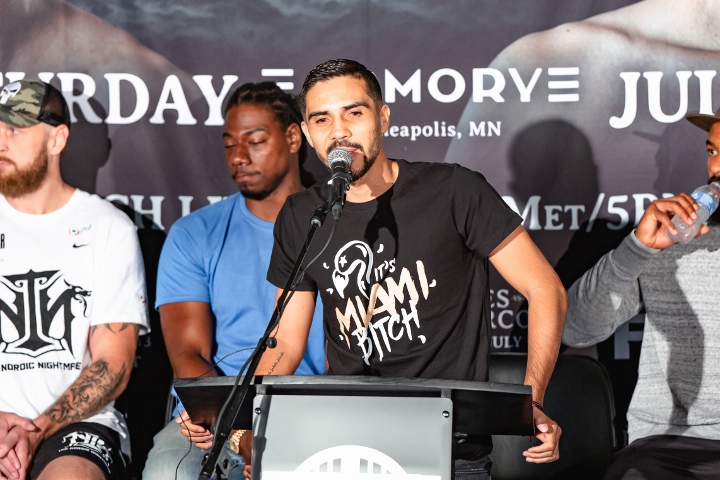