One of Mexico’s biggest boxing stars lived up to the hype once again on one of the most important dates for Mexico as undefeated world champion Jaime Munguia (34-0, 27 KOs) of Tijuana outlanded and overpowered Patrick Allotey (40-4, 30 KOs) of Accra, Ghana, leading the African warrior to take a delayed knee at 2:18 of Round 4 before his corner put a stop to the slugfest.

Munguia thus successfully defended his WBO Junior Middleweight World Title for the fifth consecutive time and gave the electric crowd the finale they had hoped for to conclude an action-packed fight night celebrating Mexican Independence Day Weekend at the Dignity Health Sports Park in Carson, California, and streamed live exclusively on DAZN. 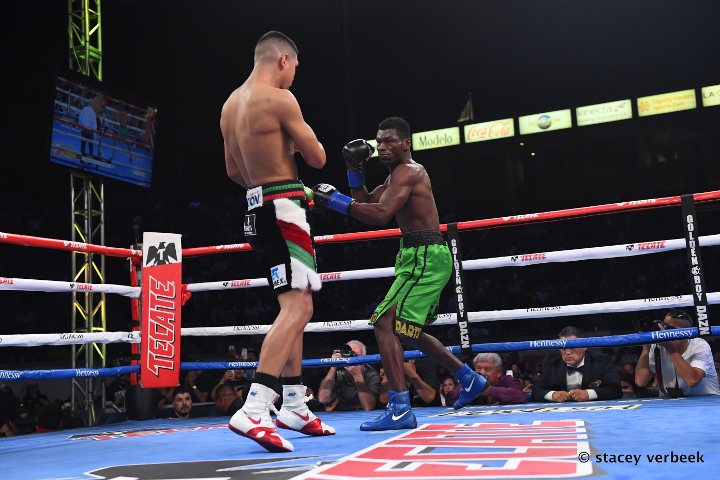 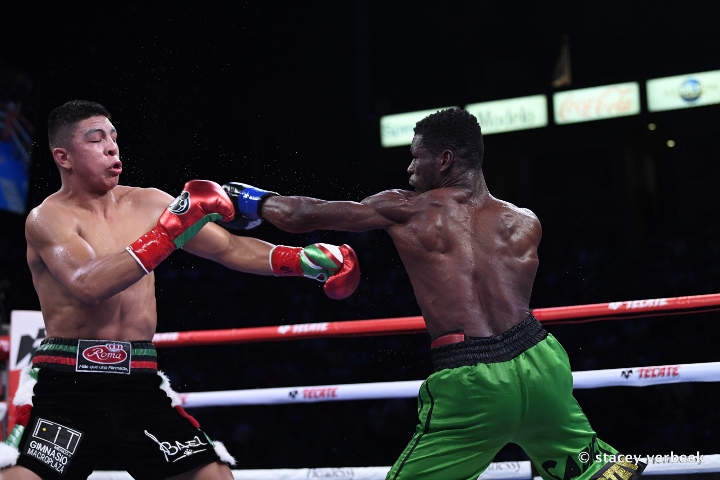 Earlier in the evening, Romero Duno (21-1, 16 KOs) of Los Angeles, California defended his NABO Super Lightweight belt against fellow Angeleno Ivan Delgado (13-3-2, 6 KOs) by TKO after a corner stoppage by his team at the end of Round 7. Additionally, Rafael Gramajo (11-2-2, 3 KOs) of Garden City, Kansas defeated Daniel Olea (13-9-2, 5 KOs) of Guerrero, Mexico by TKO, also after a corner stoppage at the end of Round 4. 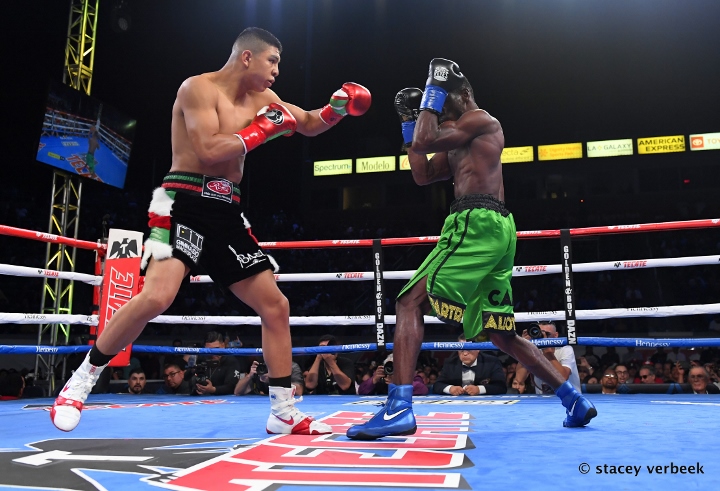 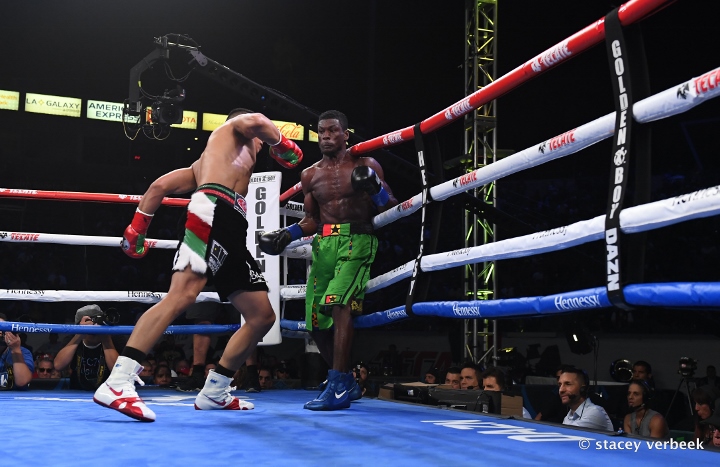 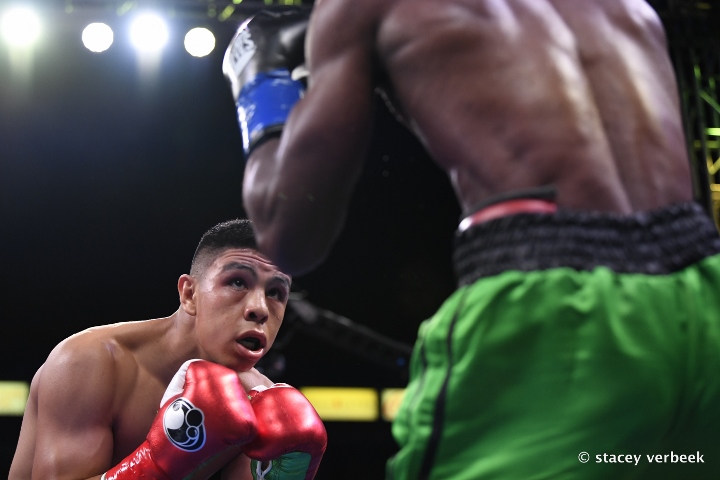 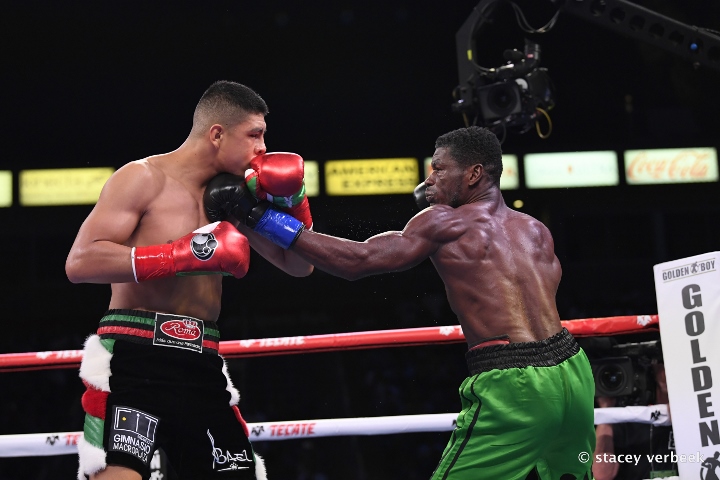 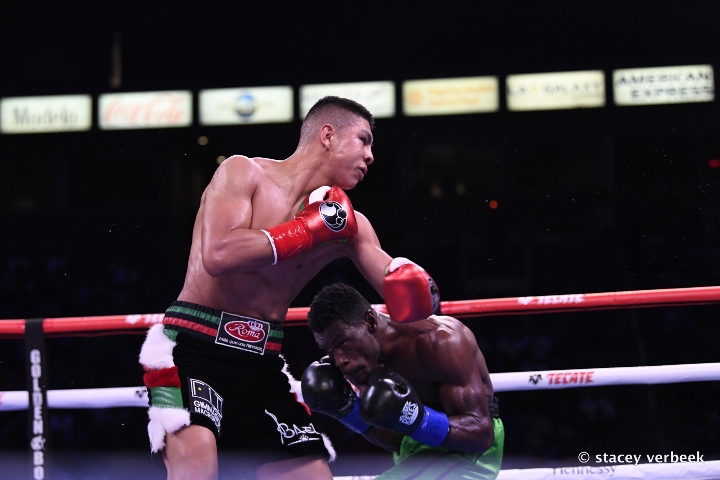 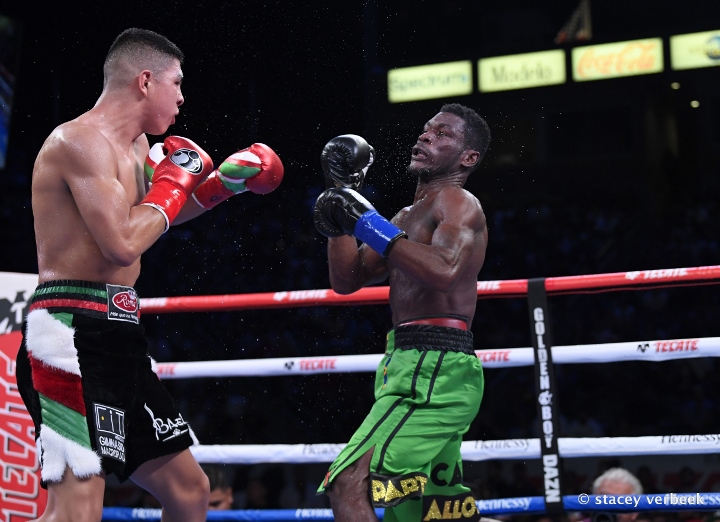 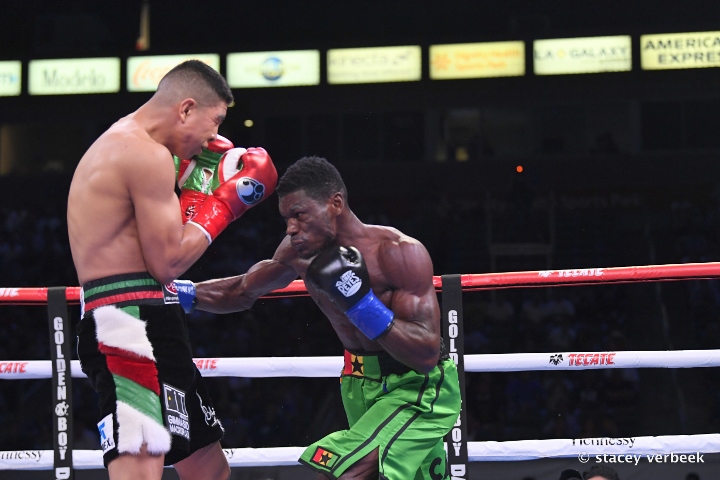 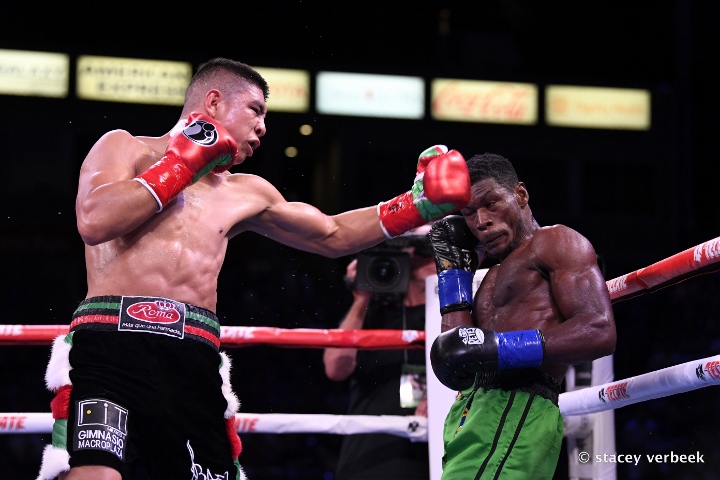 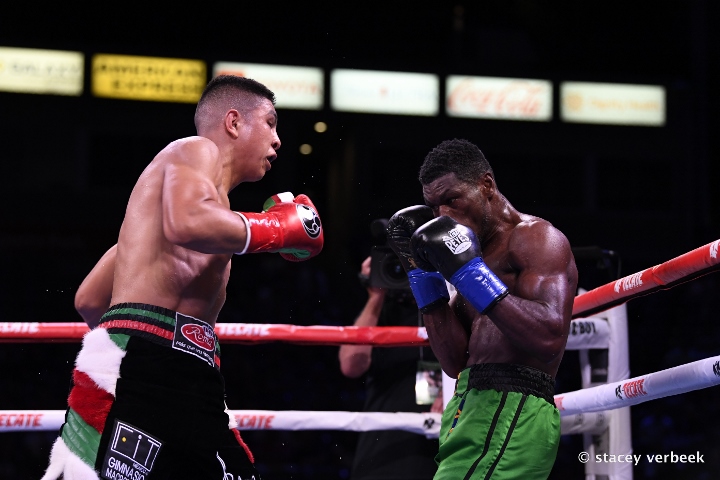 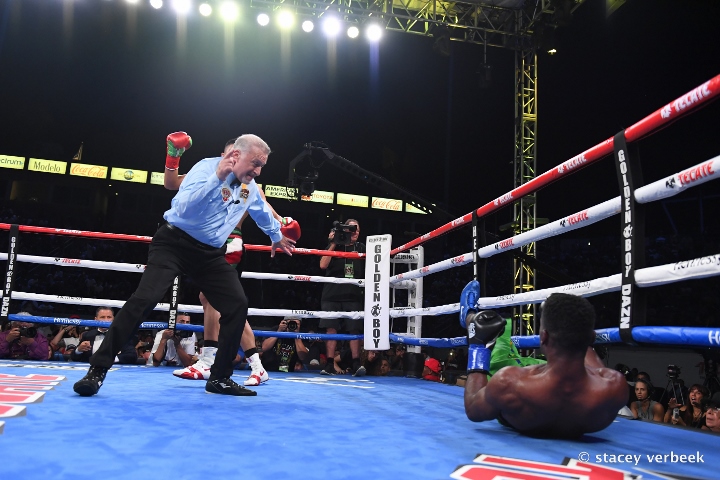 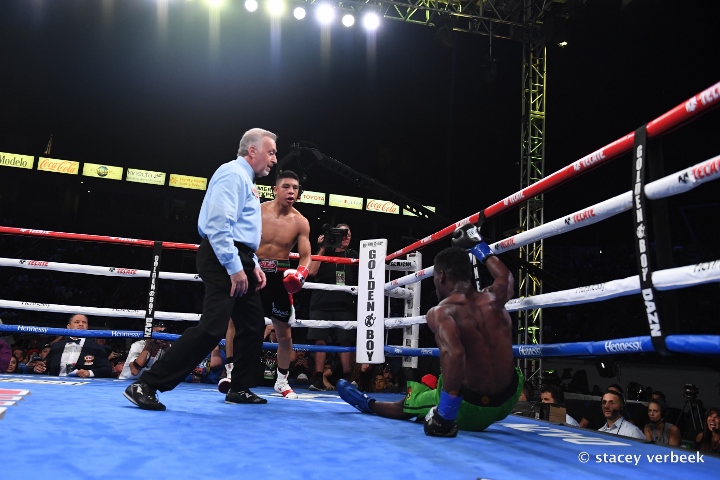 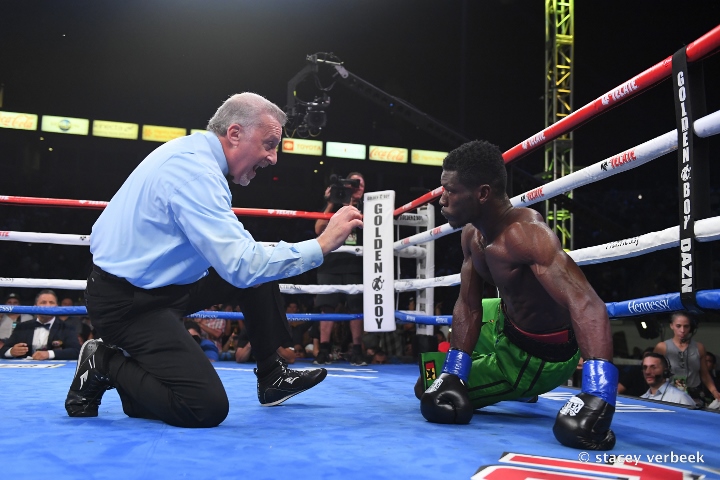 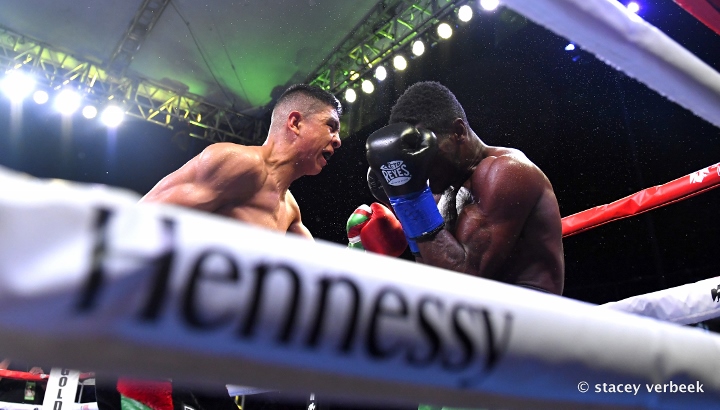 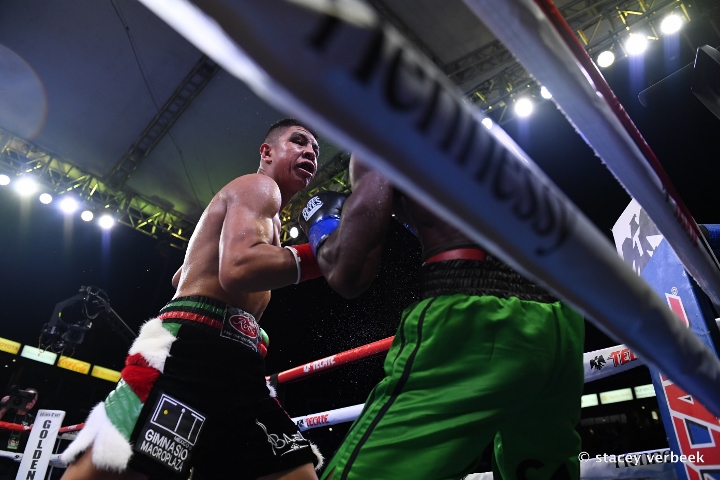 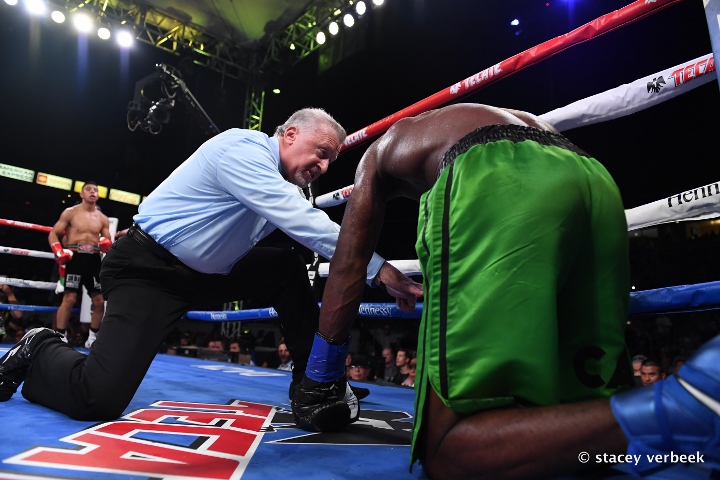 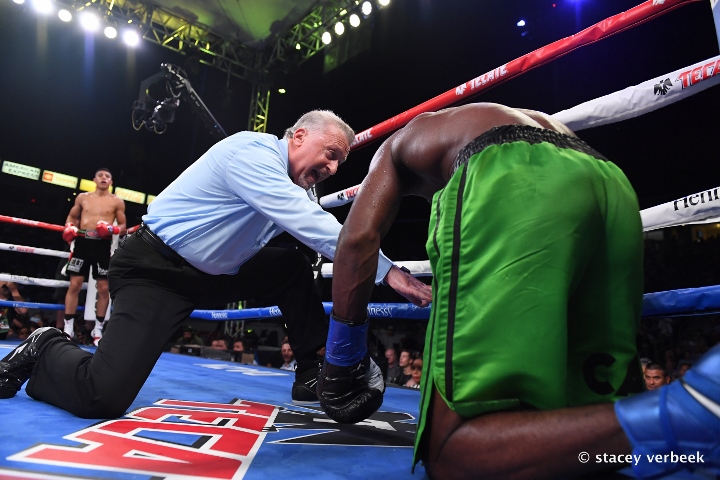 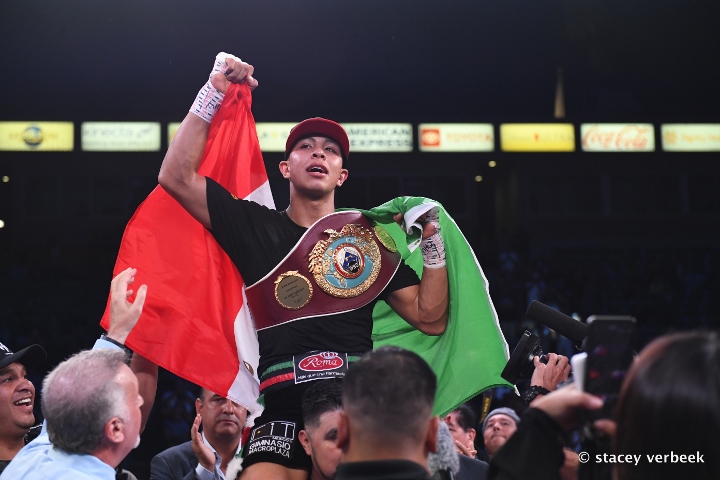 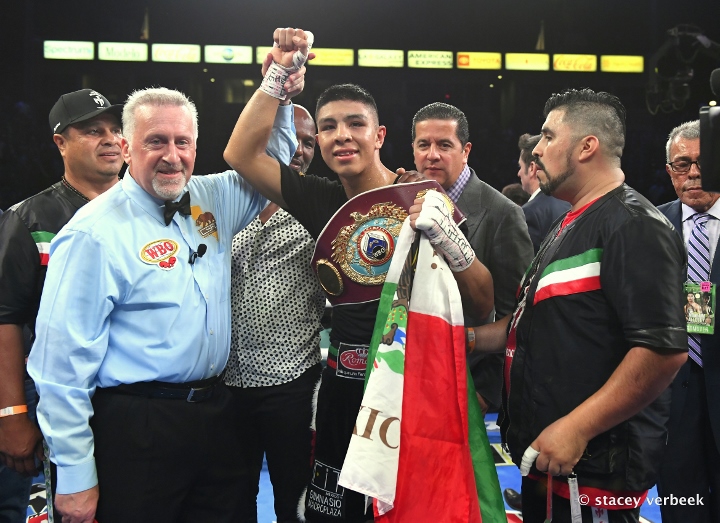 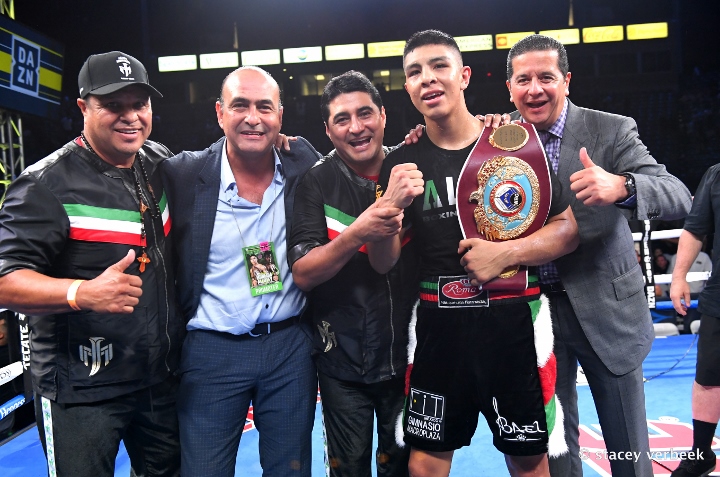