The plan for Ramirez, according to his promoter Bob Arum of Top Rank, is to have him fight at least three more times this year.

Ahmed was displaying a good defense in the first round, but Ramirez did most of the work and landed the bulk of the shots. In the second, Ahmed did a lot better with his handed shots, connecting with good shots and was blocking most of Ramirez's punches. They trading a lot of punches in the third. A clash of heads opened up a cut above the left eye of Ramirez, who started throwing a lot of punches to tag Ahmed up. 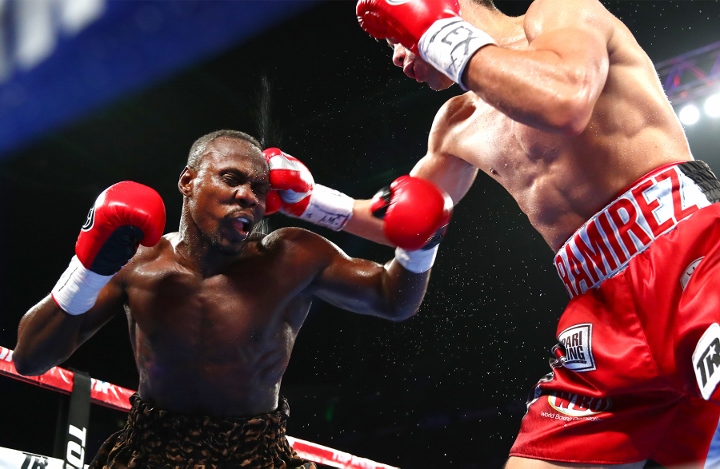 Ramirez was taking over the fight in the fourth and fifth, pressing forward, letting his hands go and working over the challenger. Ahmed was taking some solid punches to the head and body, with not much coming back. He was mostly running around the ring, using defense, but not punching back. The fight was close to being stopped at the end of the fifth, but Ahmed survived. 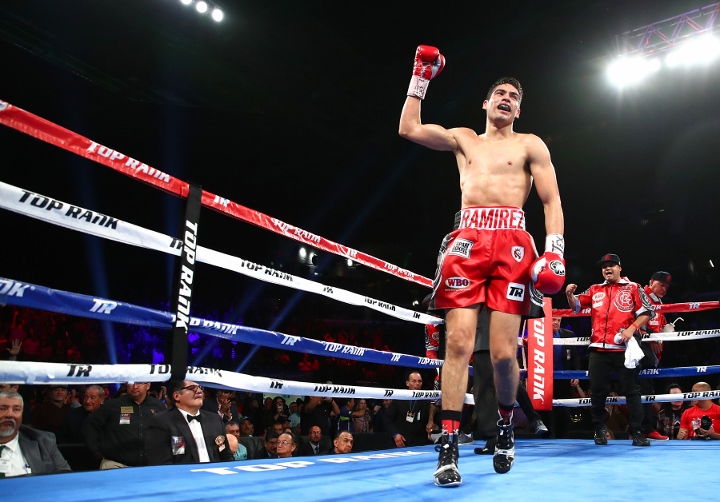 Not much coming back from Ahmed in the sixth either, as he was on the retreat from the very start and taking punishment to the head and body. It was one-way traffic with heavy hands raining down on Ahmed. He was taking a really bad beating, until the corner of Ahmed had seen enough and stopped the slaughter by throwing in the towel. 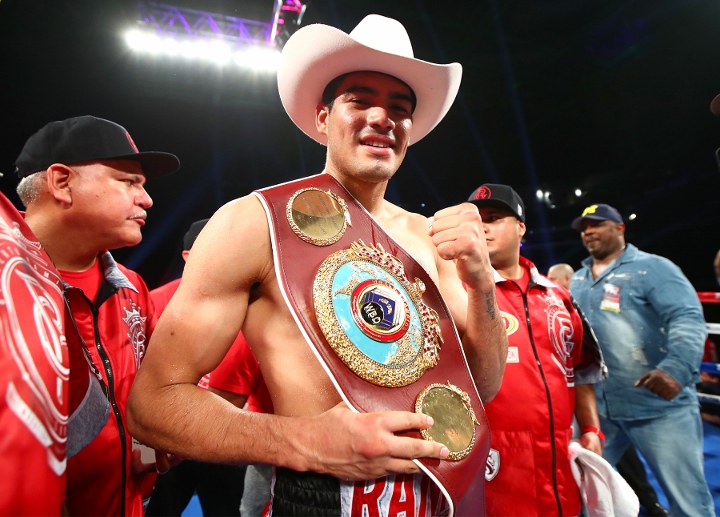 WBO super flyweight world champion Jerwin Ancajas retained his 115-pound world title for the fourth time as he knocked out Israel Gonzalez in the tenth round. Gonzalez was dropped three times. 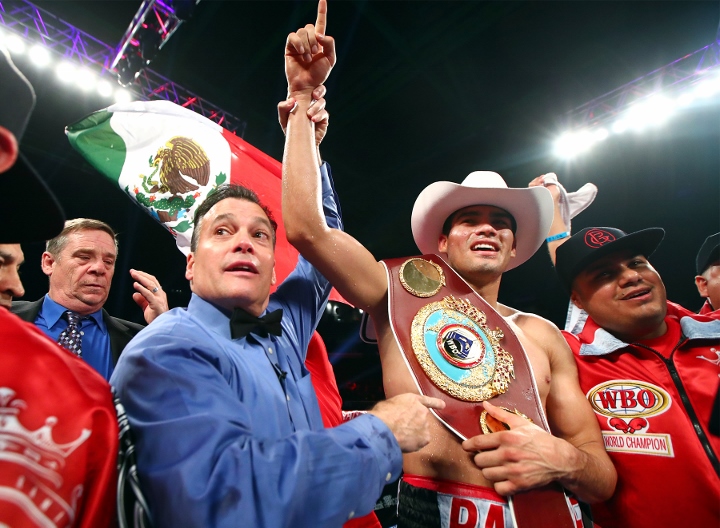 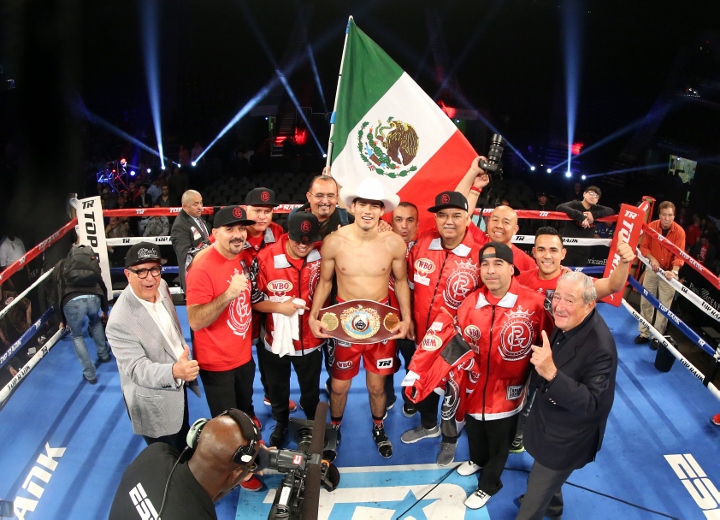 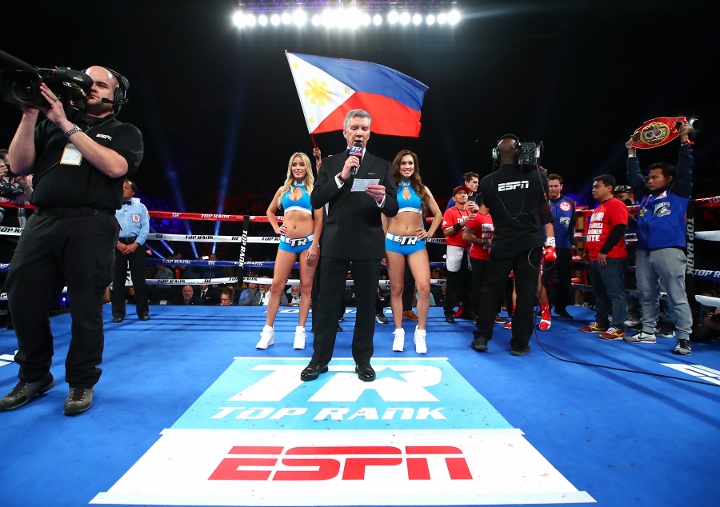 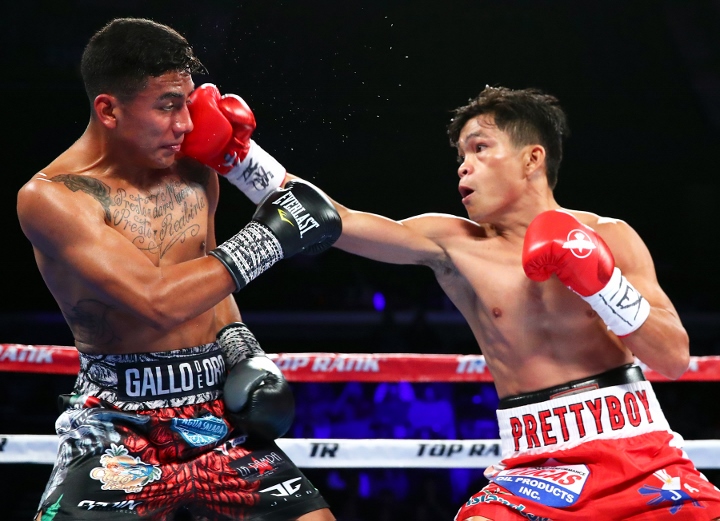 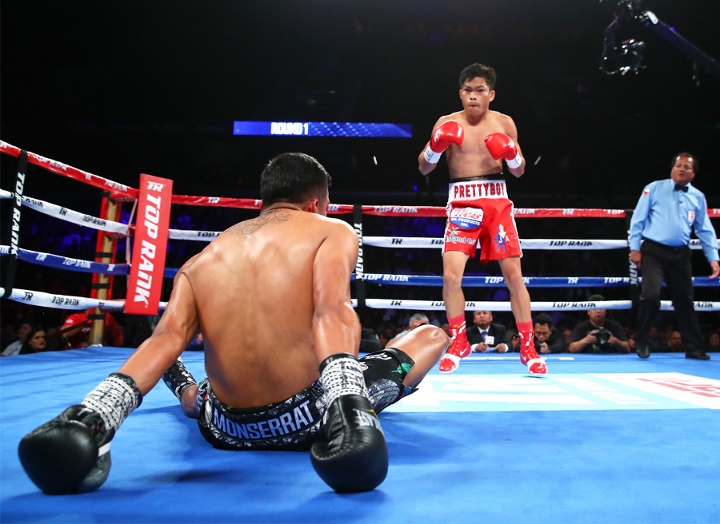 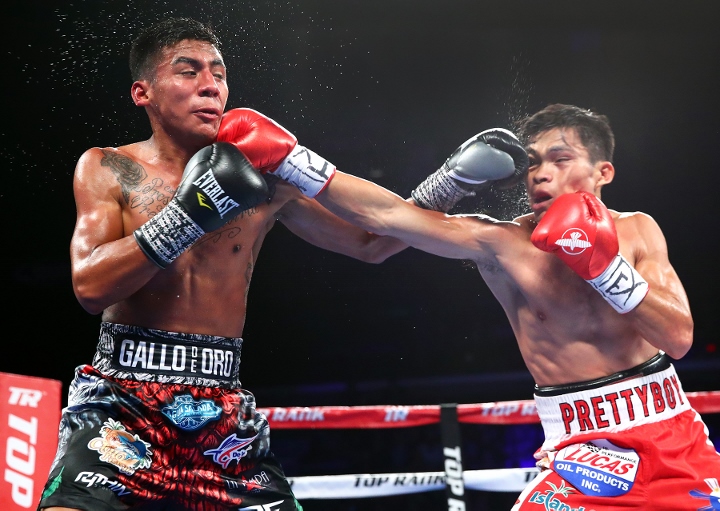 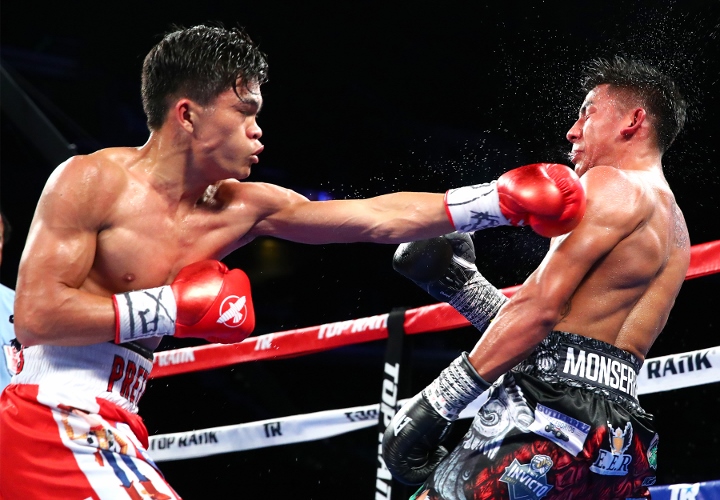 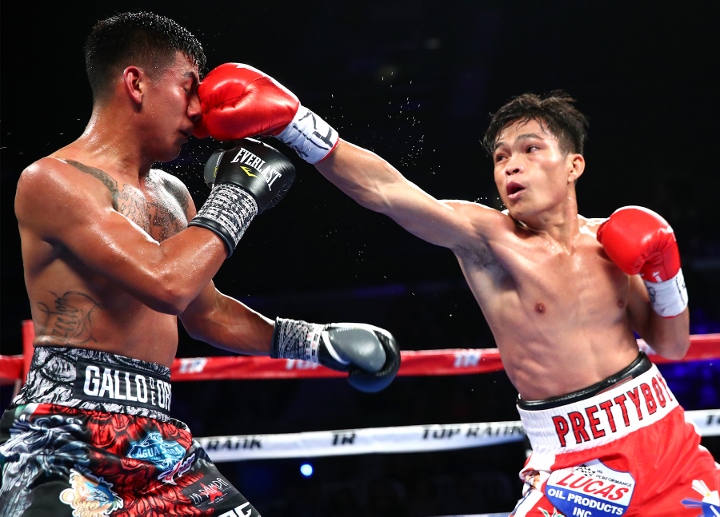 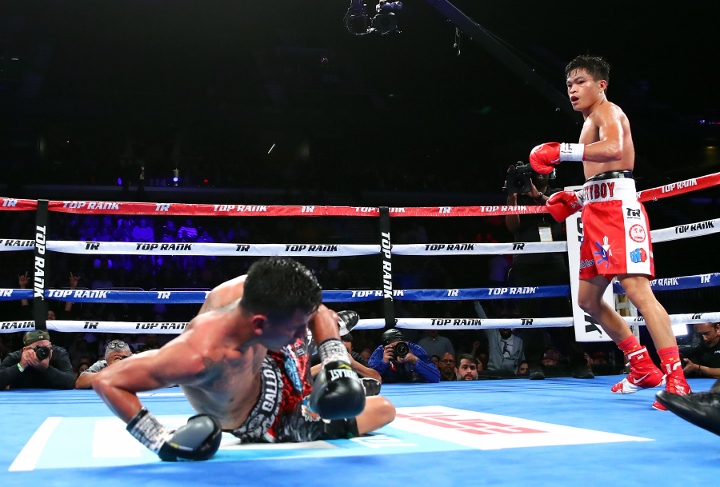 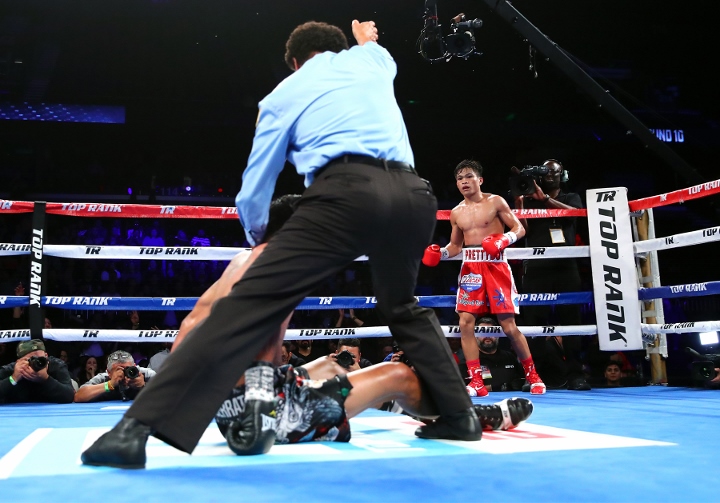 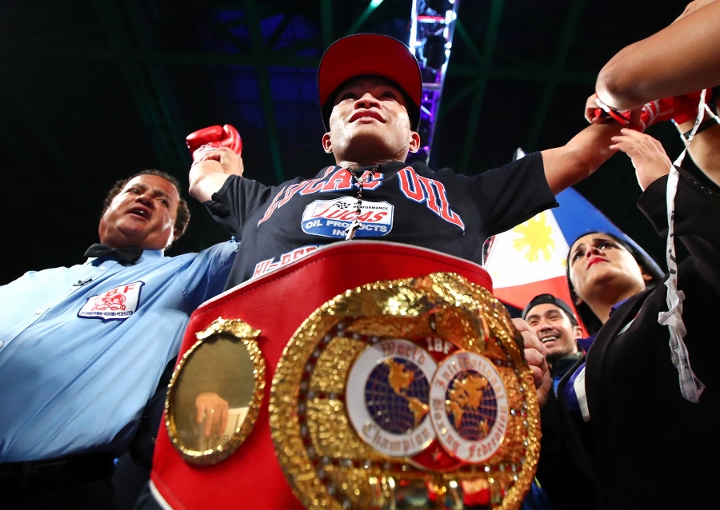 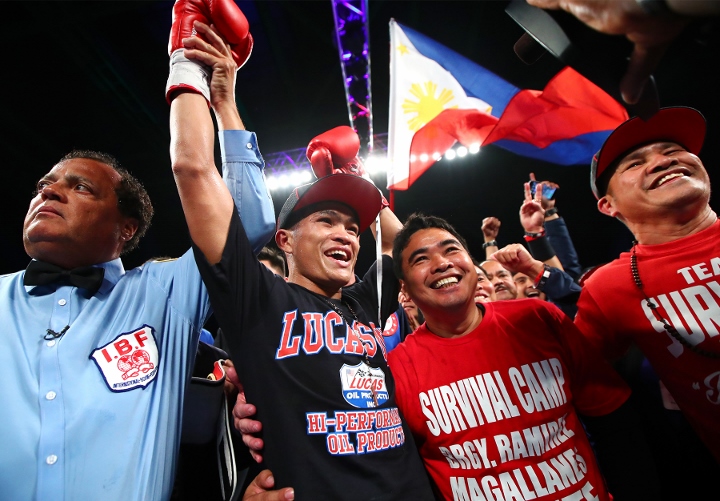