On Saturday at the sold-out Copper Box Arena in London, the 22-year-old “Tank” Davis (17-0, 16 KOs) will attempt to become the first American to successfully defend his title on British soil in nearly a decade.  The 30-year-old Walsh (21-0, 14 KOs) will aim to dethrone a man labeled by Davis promoter Floyd Mayweather as “the future of boxing” in the first defense of his IBF crown. 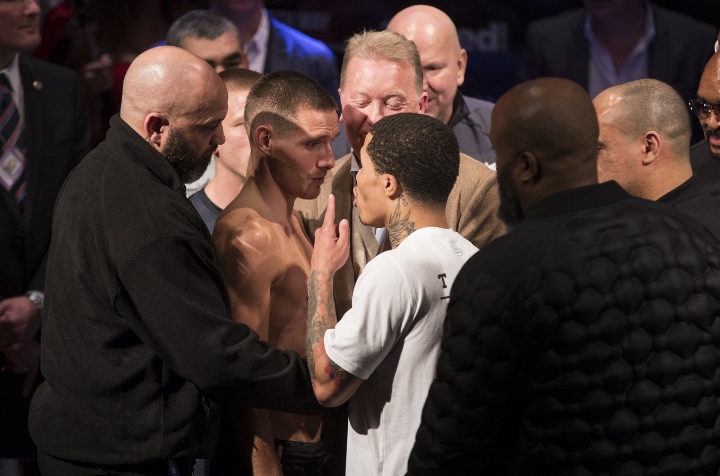 The referee for Davis vs. Walsh is Michael Alexander, and the judges are Howard Foster (England), Robin Taylor (United States) and Deon Dwarte (South Africa). 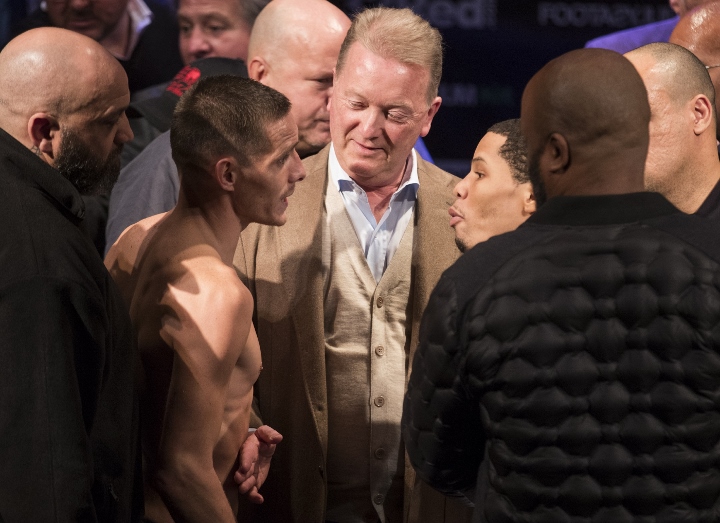 With fans chanting “Walsh is gonna get you” as Davis stepped on the scale, the Baltimore native narrowly missed the 130-pound limit by two ounces.  Per IBF rules, Davis was given two hours to shed the extra ounces and successfully made weight approximately 90 minutes later. 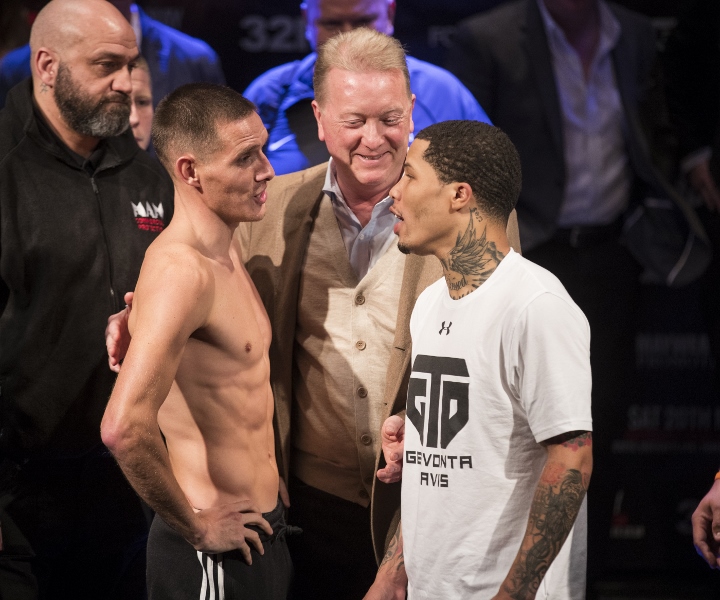 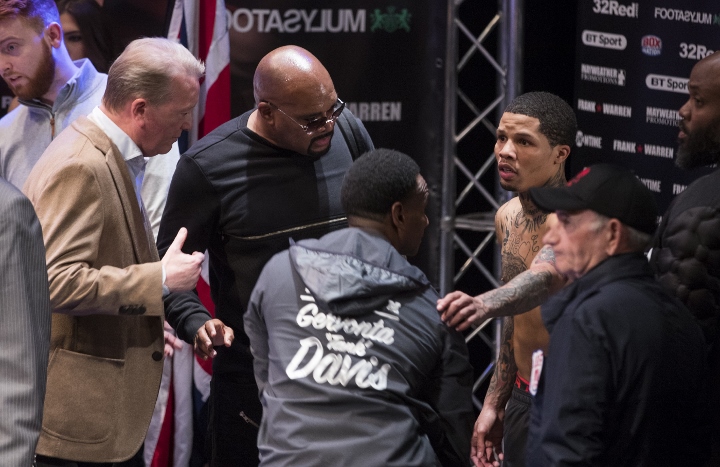 After the weigh-in, Walsh downplayed the tense stare down and words exchanged during the faceoff. 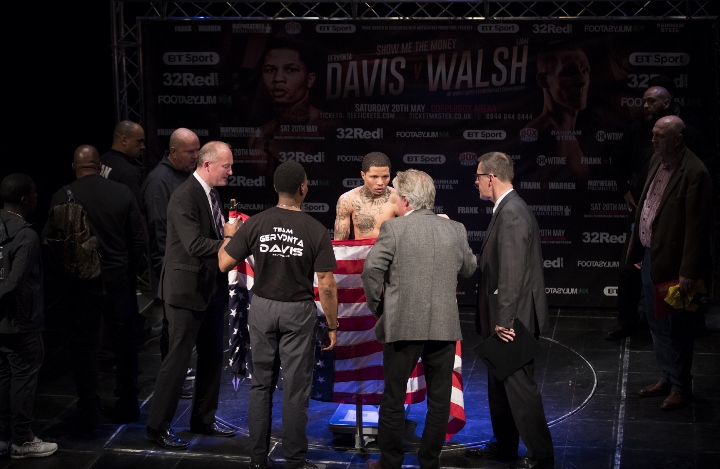 “Tomorrow we’ll lay hands on each other for real and the best man will come on top.  I’m gonna win.  I’m going to give every last ounce of what I’ve got.” 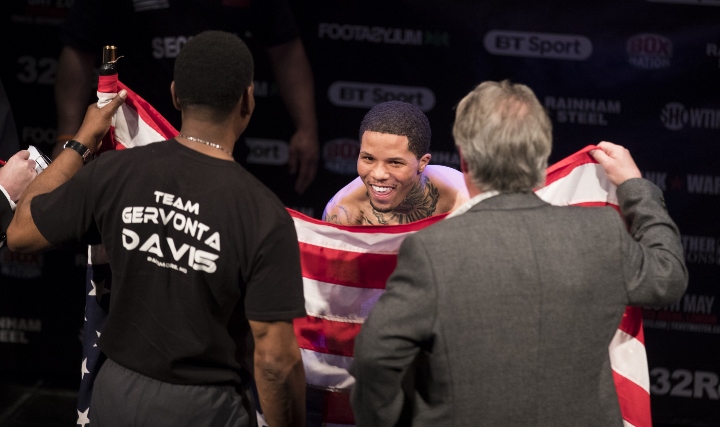 Davis vs. Walsh is part of a split-site, four-fight SHOWTME CHAMPIONSHIP BOXING telecast that begins on Saturday, May 20, at 6 p.m. ET/3 p.m. PT.  In the main event, Gary Russell Jr. will make his second featherweight title defense and long-awaited homecoming against mandatory challenger Oscar Escandon live from MGM National Harbor just outside of Washington, D.C. 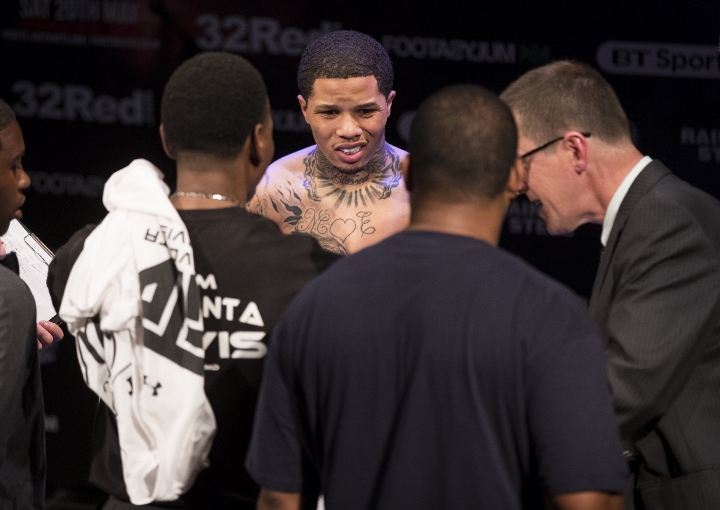 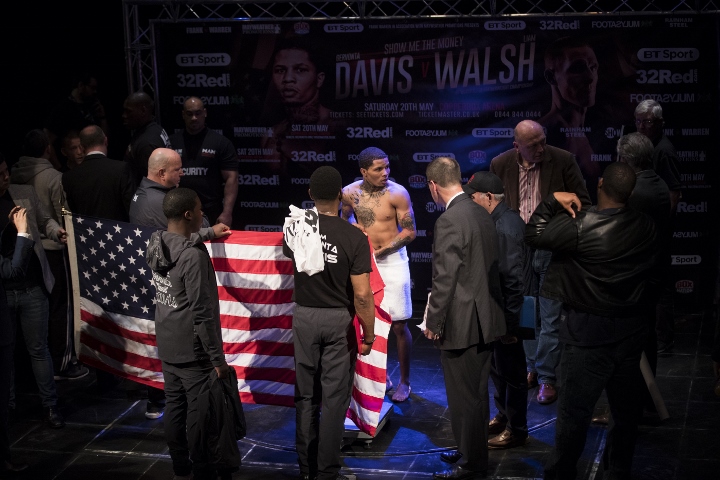 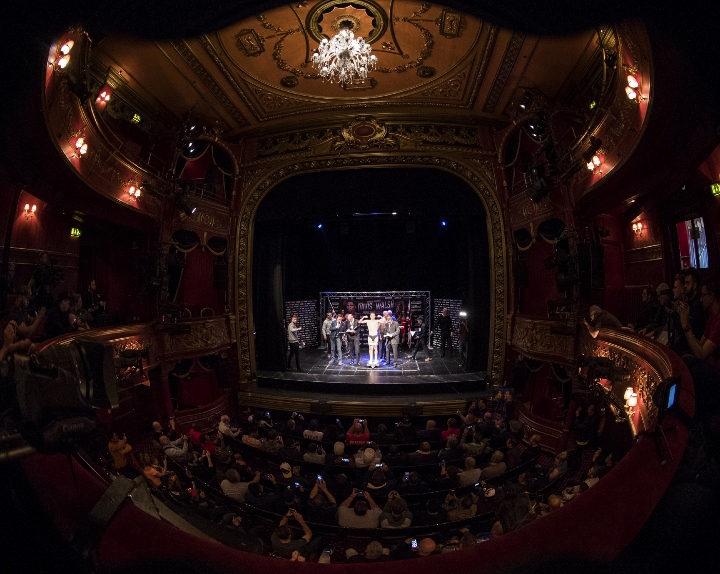 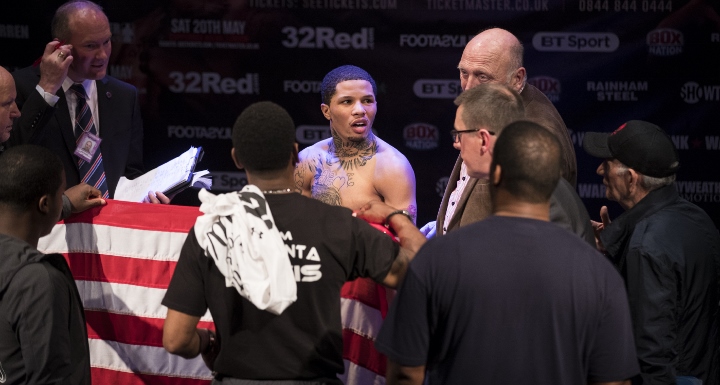 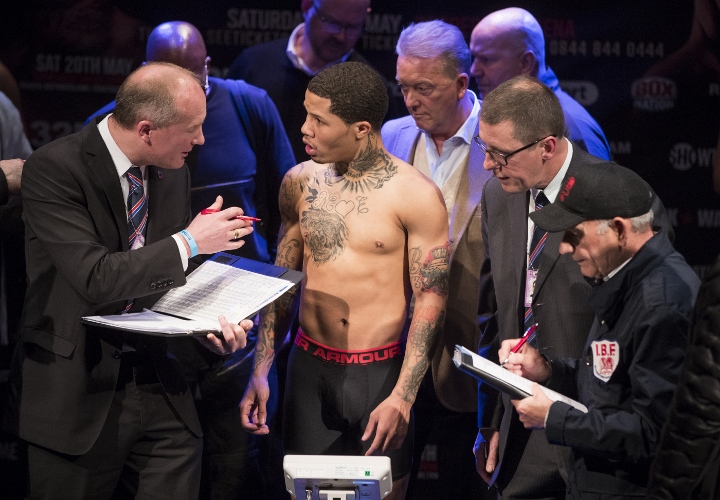 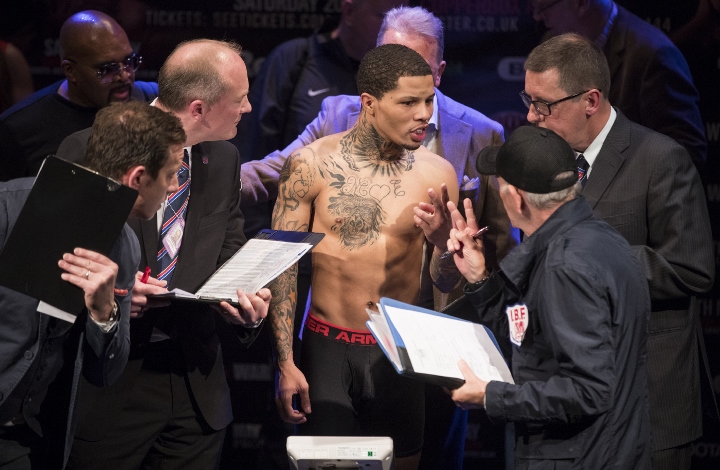 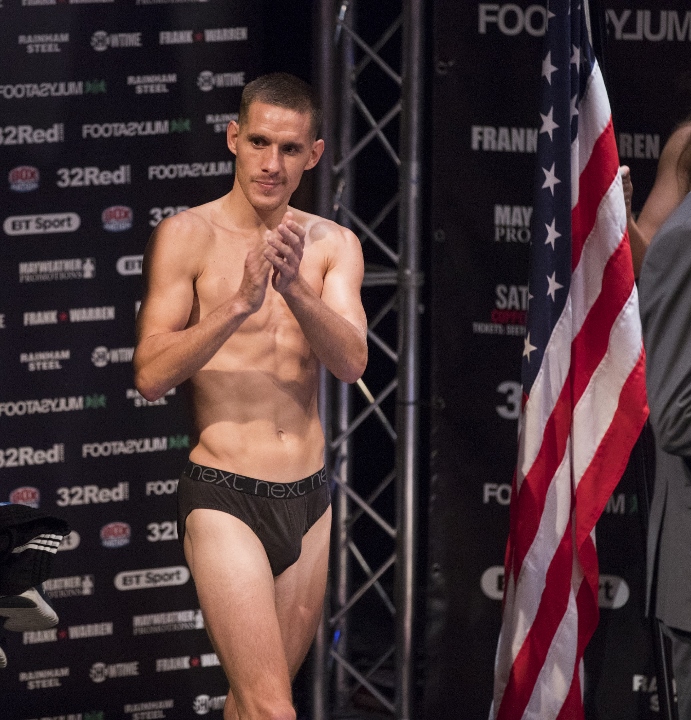 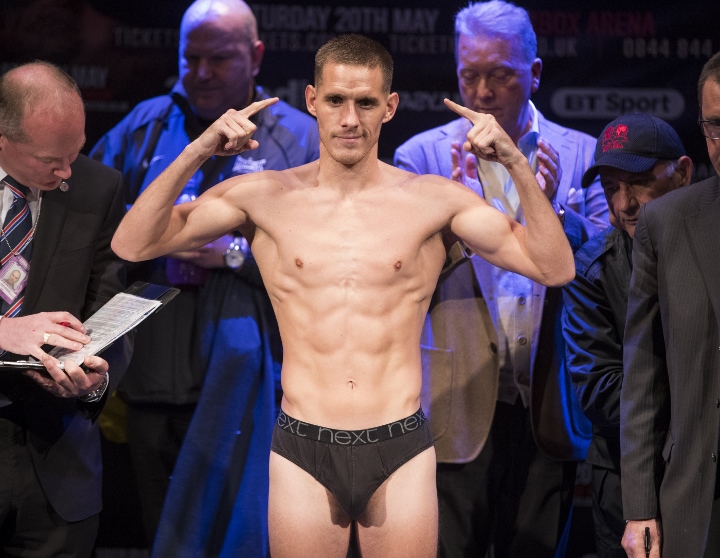 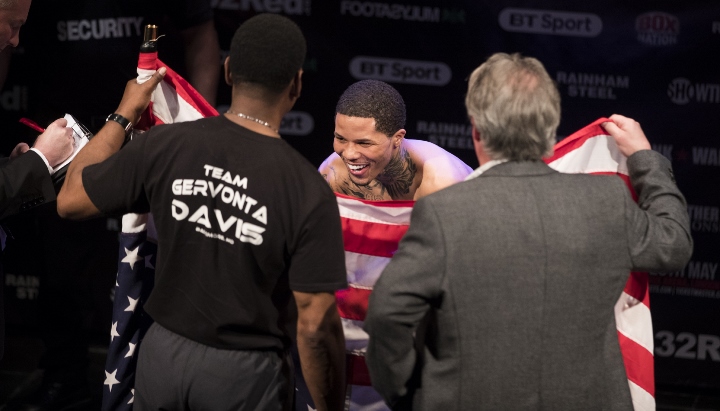 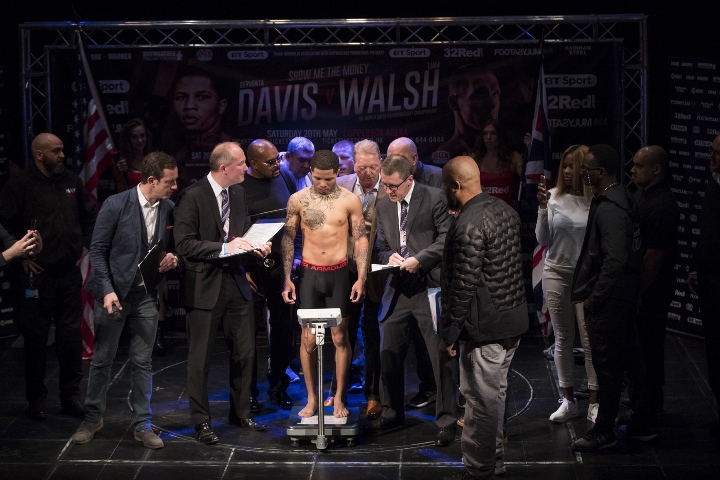