Gennady Golovkin and David Lemieux are officially set for their middleweight title unification bout, which takes place Saturday evening in front of a sold-out crowd at  Madison Square Garden in New York City. HBO Pay-Per-View will air the event live.

Golovkin tipped the scales at a ripped-and-ready 159.4 lbs. Lemieux, who was right at the maximum limit for the 30- and 7-day pre-fight weight checks, was stripped down to his birthday suit but checked in at 159.8 lbs. 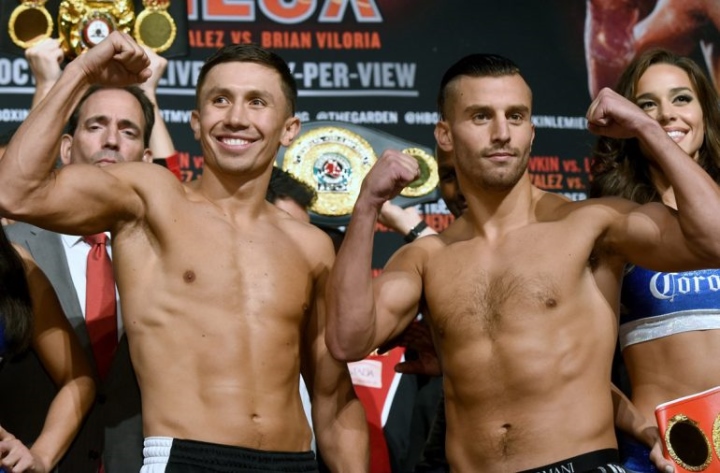 The bout marks the first unification bout for both fighters, as well as their respective PPV debuts.

Golovkin (33-0, 30KOS) has rapidly emerged as one of the biggest stars in the sport today. His drawing power has been felt on both coasts of the United States, a remarkable rise to fame following his stateside debut just over three years ago. 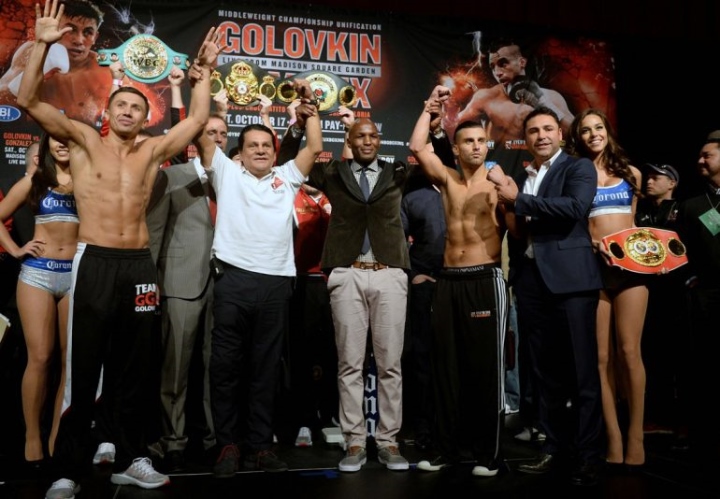 Saturday night will mark his attempted 15th defense of at least one middleweight belt since entering the title fray in 2010. The unbeaten knockout artist from Kazakhstan - who claimed a Silver medal for his proud nation in the 2004 Athens Olympics - has scored stoppage wins in his last 20 fights. 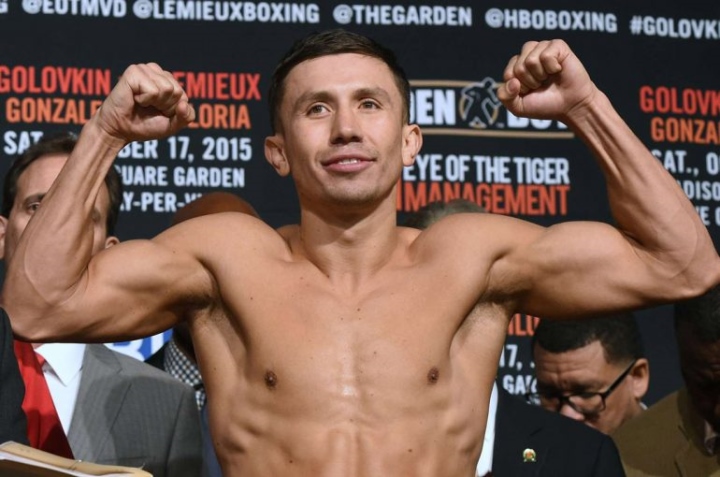 Lemieux (34-2, 31KOs) comes in having won nine straight, including seven stoppage wins over that stretch. The hard-hitting middleweight from Montreal fights in the U.S. for just the second time in his career, his previous trip across the border coming in a 10th round stoppage of Gabriel Rosado last December at Barclays Center in Brooklyn, New York. 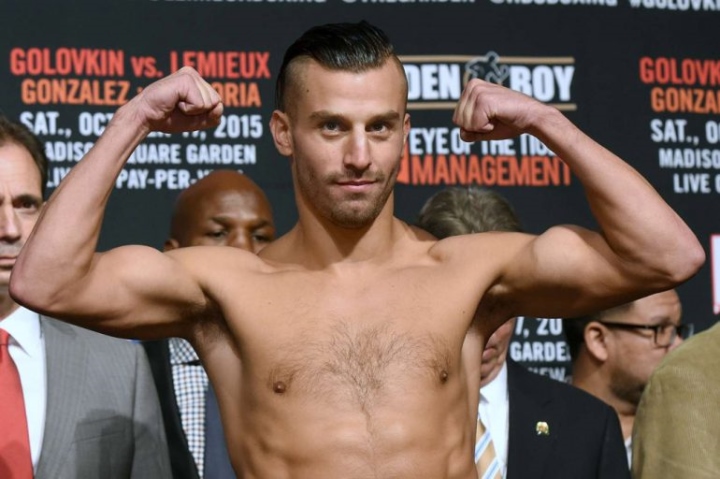 The latest ring appearance for the camera-friendly Lemieux came in June, scoring four knockdowns en route to a 12-round decision over Hassan N'Dam N'Jikam to win a vacant middleweight title.

Both fighters weighed in at 111.4 lbs. Pre-fight reports of Gonzalez (43-0, 37KOs) struggling to make weight ended with the undefeated new pound-for-pound king easily registering well within the 112 lb. division limit.

The bout represents the third defense of the World flyweight championship he won in a 9th round knockout of Akira Yaegashi last September in Japan. Included among his reign was a two-round destruction of Edgar Sosa in May, a bout that marked his long-awaited debut on HBO.

Viloria (36-4, 22KOs) is the last of the 2000 U.S. Olympic class to still remain relevant at the top level. It's been a long, bizarre ride for the never-say-die warrior from Hawaii, who has enjoyed title reigns at junior flyweight and flyweight. He enters the biggest fight of his lengthy career having won four straight contests.

Johnson topped the scales at 159.4 lbs, while Kane was right at the middleweight limit of 160 lbs. The winner will be named the mandatory challenger to the last man standing in the evening's headliner between Gennady Golovkin and David Lemieux.

Also on the show, heavyweight contender Luis Ortiz puts his unbeaten record and secondary heavyweight title on the line versus Argentina's Matias Vidondo.

Ortiz - a Cuban southpaw slugger who fights out of Miami - weighed in at 237.8 lbs. Vidondo weighed 261 lbs. for his first career fight outside of Argentina.

Jake Donovan is the managing editor of BoxingScene.com.