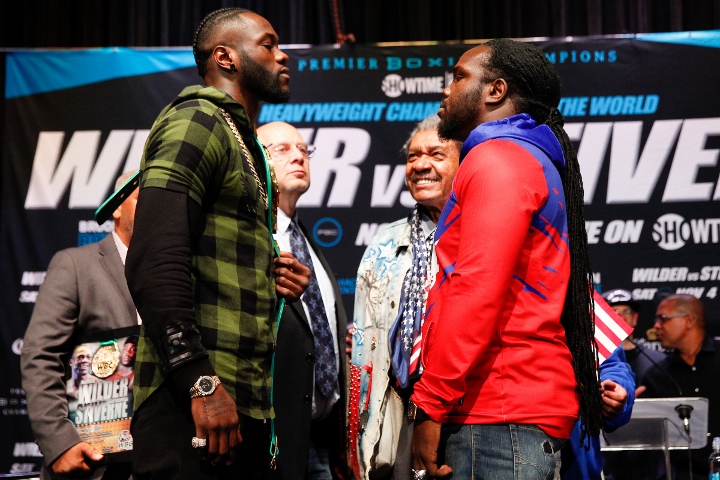 Joining the fighters and press conference participants onstage was Hall of Fame Promoter Don King, who promotes Stiverne and predicted that his fighter would shock the world and deliver an upset on Saturday night. 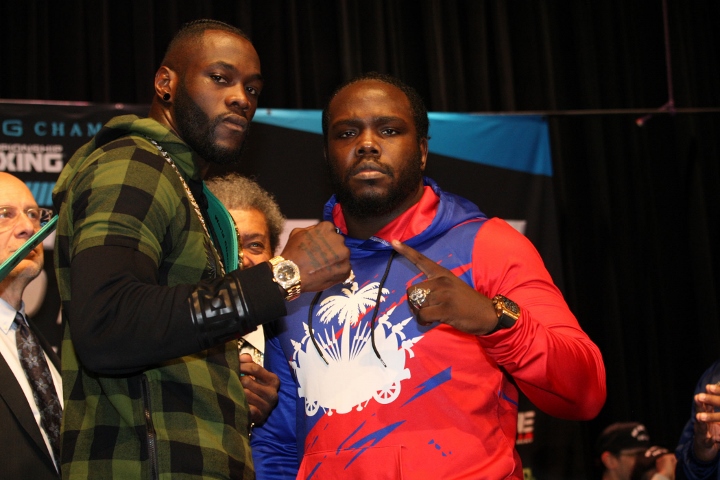 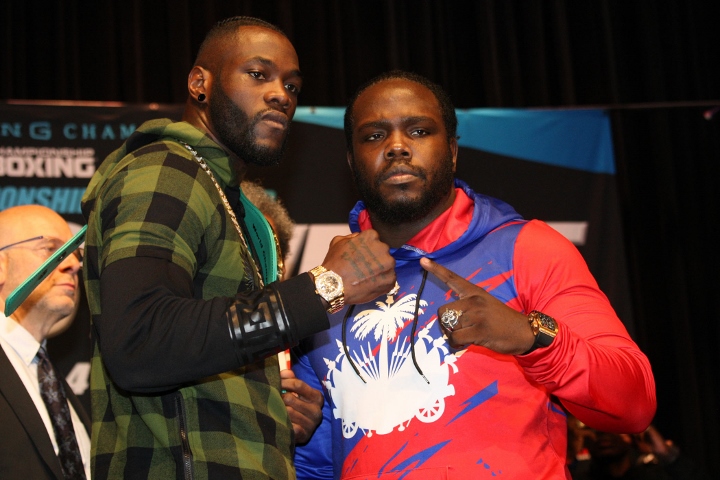 "This is a terrific card from top to bottom. I love this show. Dominic Breazeale vs. Eric Molina, Amanda Serrano a pound-for-pound champion, and two undefeated local kids Chris Colbert and Titus Williams, all featured on this card. The show is truly loaded with talent and stars.

"Nothing gets bigger than the defense of America's only heavyweight championship. Deontay Wilder defending his title against Bermane Stiverne, the only man that Deontay has not been able to knockout.

"This is a dangerous fight. Stiverne is big, strong and he can punch. This is Christmas for him. He has nothing to lose. He can walk out of here with the heavyweight championship of the world.

"Shawn Porter is fighting against a real deserving challenger. Shawn is a champion with or without a belt, and Granados always makes great fights and he's going to give it 120 percent.

"Kondo is a very accomplished fighter, but he's going to have his hands full with Sergey LIpinets. Whenever LIpinets gets in the ring, someone gets hurt. I think he has a chance to go very far." 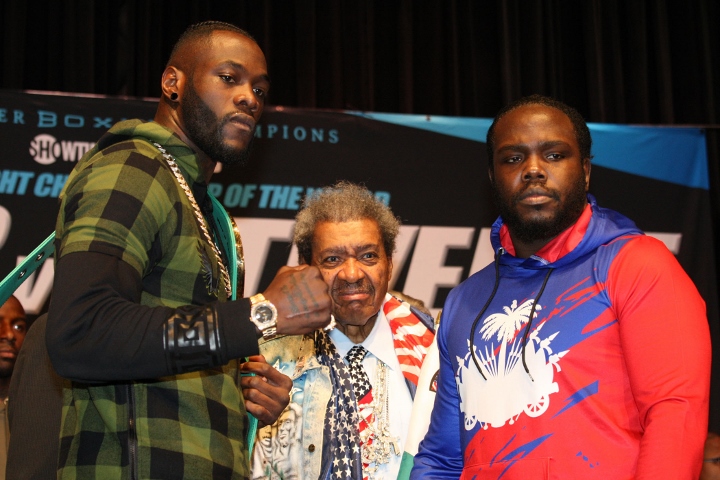 "I want to thank all of these young men up here who are fighting for the crown. Stiverne has something in store for Wilder on Saturday night that will be a shock. It's going to be the Fight of the Year. Unquestionably.

"Deontay has never really met Bermane Stiverne, so I'm going to introduce them. It's going to be a fantastic night of fighting at Barclays Center. You will have a tremendous upset on Saturday night when Bermane Stiverne knocks out Deontay Wilder.

"After this happens, we can have a rubber match. It will be an exciting time for me on Saturday night and the start of a 'November to Remember.'" 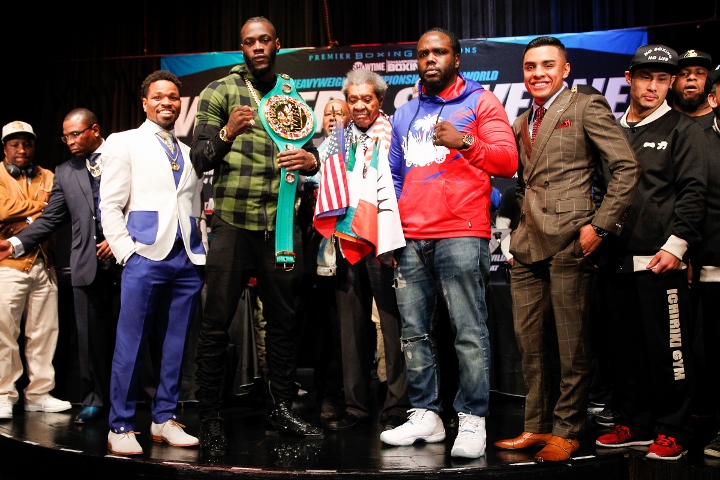 "This weekend's telecast will be the second weekend of heavyweight title fights on SHOWTIME. We all know these two faced each other in 2015, but neither fighter went home happy. Deontay was impressive but he didn't get the knockout. Stiverne is the only blemish on Wilder's perfect knockout streak. Ever since that fight, Bermane has been asking for the rematch. On Saturday both men will get their wish. Deontay can send a message to the rest of the division and Bermane gets a second chance at a world title

"The first time they fought, everyone saw it as Deontay's toughest opponent. Out of 42 media members, 22 predicted Deontay to win and 20 picked Stiverne. This is an all-action heavyweight fight with America's heavyweight world champion.

"Sometimes a big fight can suck up the attention from the co-featured fights on the card. Both of these opening bouts could have been a main event and would be a main event on any other network. Porter and Granados is an intriguing matchup of all action fighters and if you haven't seen Sergey LIpinets fight, I urge you to turn on the TV early and get to the arena, because this will be an entertaining fight.

"By the end of the night we will have done 29 world title fights this year alone. There is no other network that could put on that many high quality fights. We look forward to closing the year on a strong note on Saturday night." 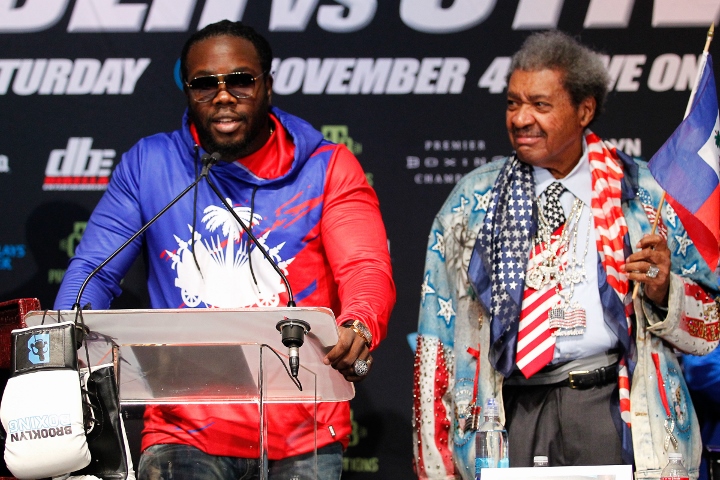 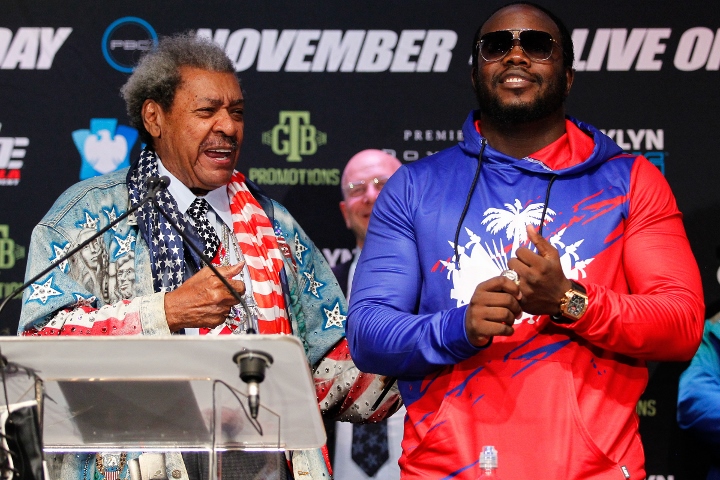 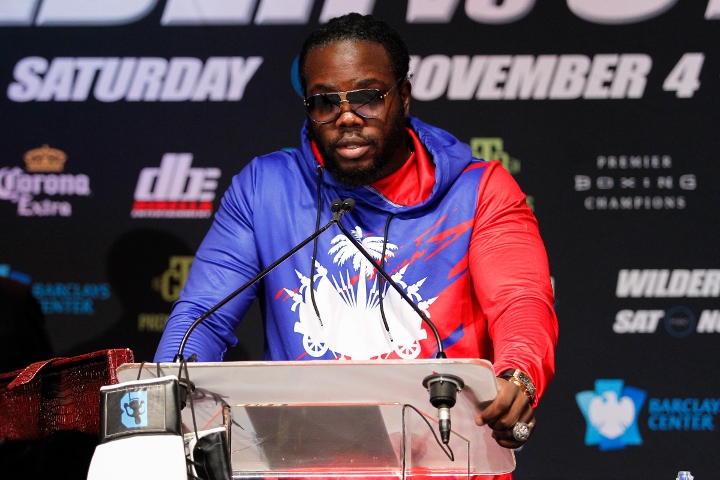 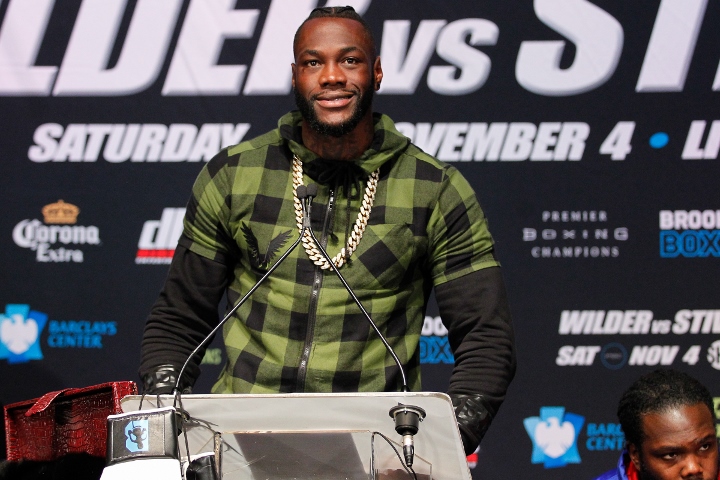 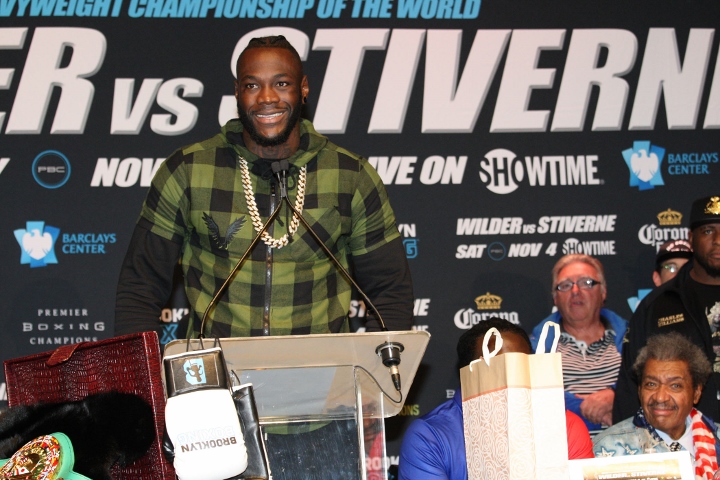 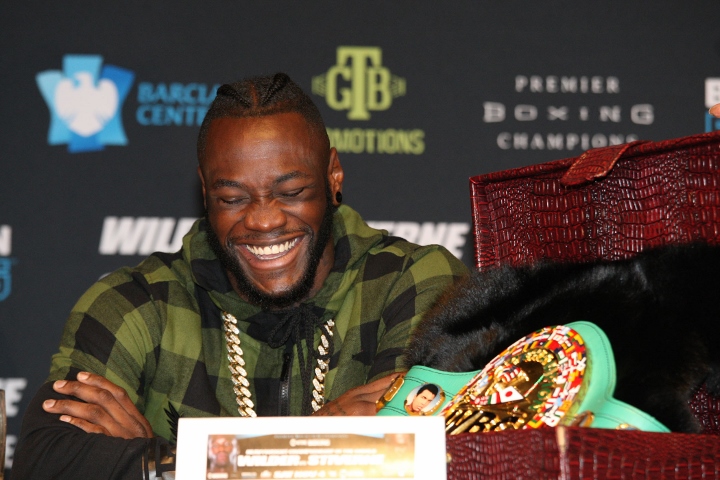 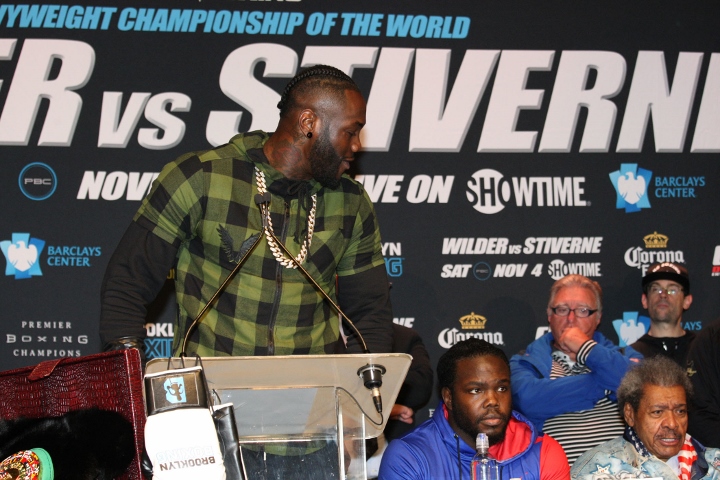 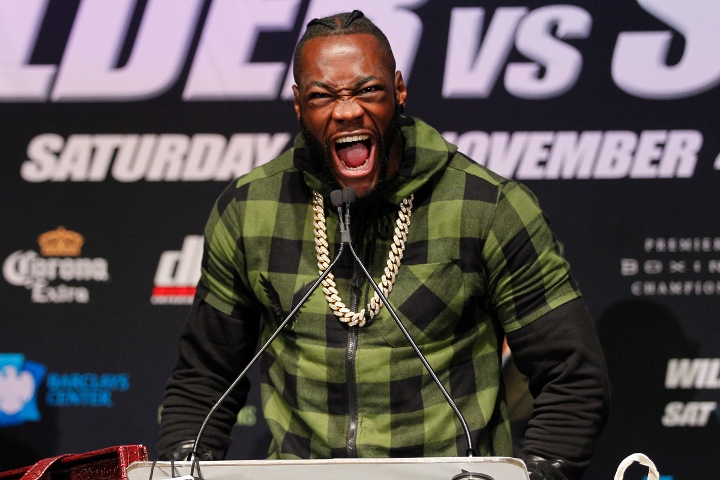 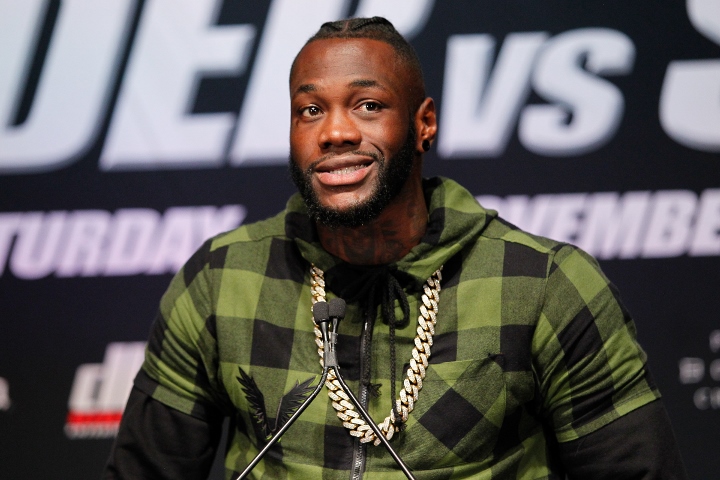 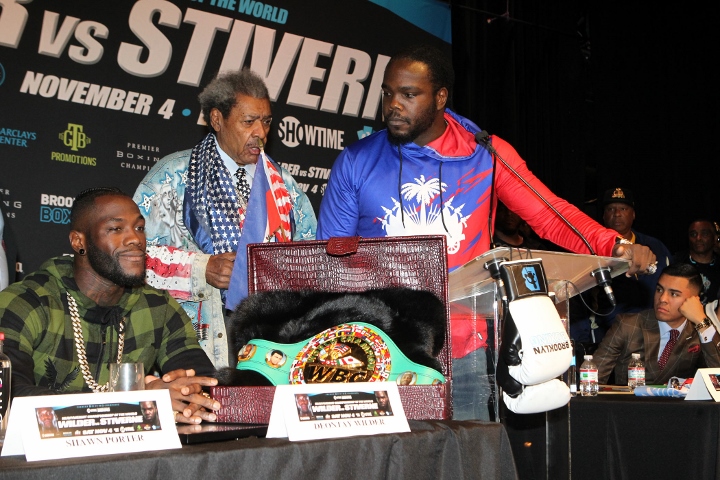 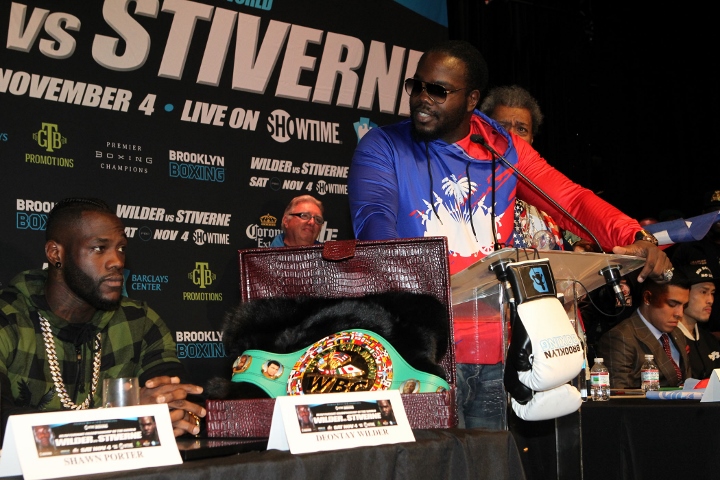 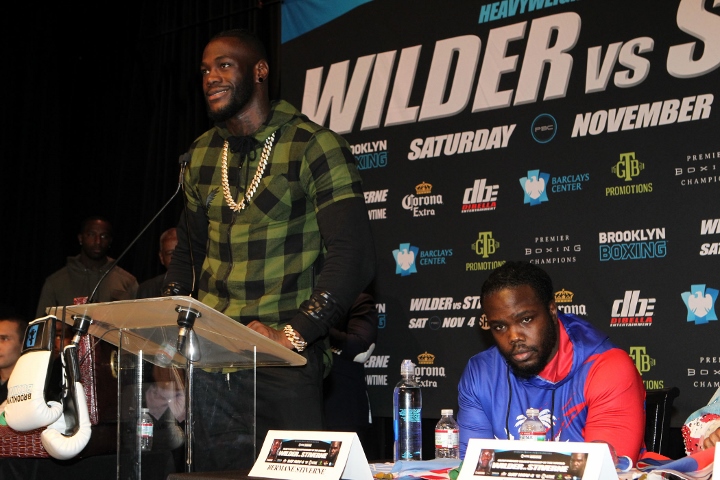