David "El Bandera Roja" Benavidez is in the middle of training camp for his upcoming fight against Anthony Dirrell, September 28th at the Staples Center in Los Angeles, Ca and LIVE on FOX PPV, but yesterday he decided to make a change in his training schedule to surprise kids at a local gym. A week ago he saw a video of kids at The Rock Boxing Gym, a gym he used to spar at a couple of years ago. The Rock is a non-profit gym, it doesn't charge anyone 17 and under to train. The trainers, Elvis, Greg and Miguel volunteer every single evening to train the youth. Their goal is to help the youth get off the streets in a fun, healthy way. Team Benavidez was very touched by this and decided to go pay them a surprise visit.

David Benavidez and Team walked into the gym yesterday evening, as soon as the youth saw David with his Green and Gold WBC Belt, their jaws dropped. The kids gathered around him as he presented The Rock Boxing Gym with an Honorary WBC Mini Belt in recognition for all they do for the community. David spoke about his journey as an Amateur, A Professional and how important it is to stay disciplined in Boxing. There was a Q & A with the kids, autographs, photos, David also brought plenty of gifts on behalf of the World Boxing Council. Team Benavidez ended their visit with a short training session where the kids asked more questions. They were very impressed with the tips David and his Father/Trainer Jose Benavidez Sr. gave them. 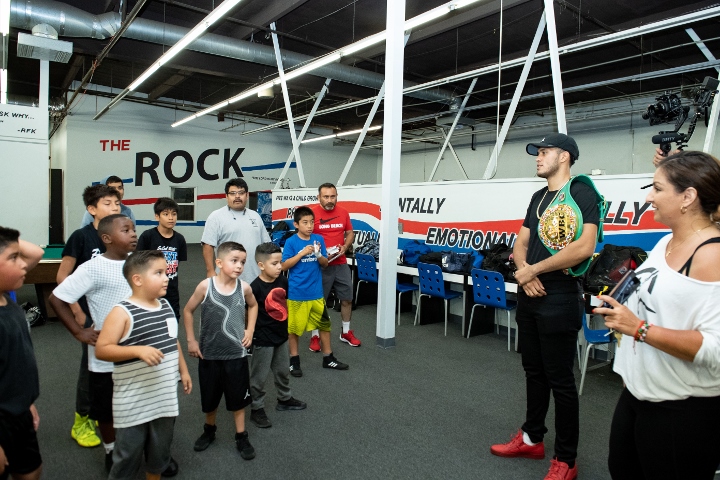 The Rock was very grateful for the visit by Team Benavidez:

"Thank you so much for this, you have no idea the impact this has on the youth. This gym is not luxurious, we are in need of an upgrade, but it has a lot of heart and as long as the kids keep coming, we will not charge them. If they win, we win." 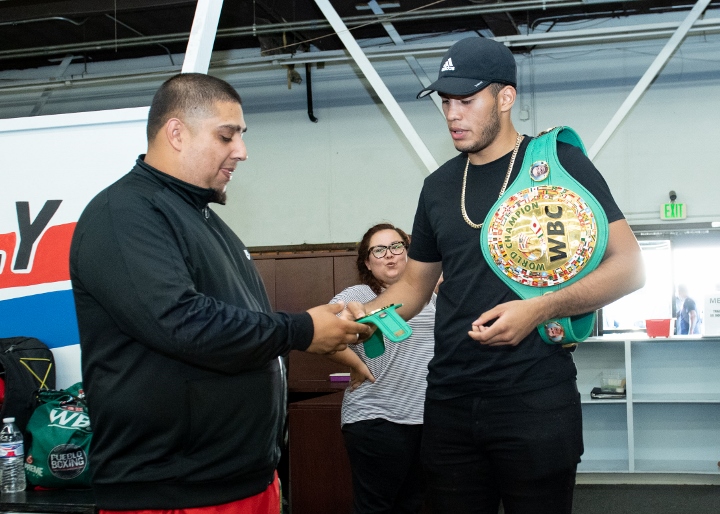 " I was a young kid like them once, being here helps me remember everything I have gone through to be here today. The hard work doesn't stop though, in life, we got to keep working harder to be better than we were yesterday."

"I want to make a couple a visits before my next fight, it really motivates me as well to see the youth. They're the ones who support us the boxers, its only right we give them our time as well." 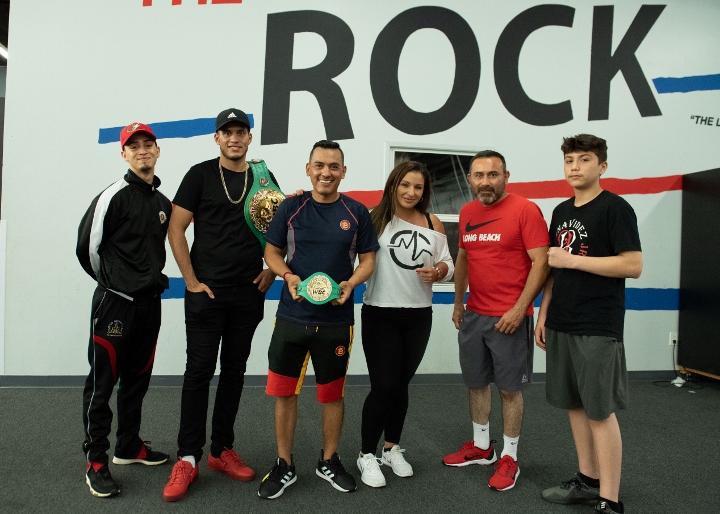 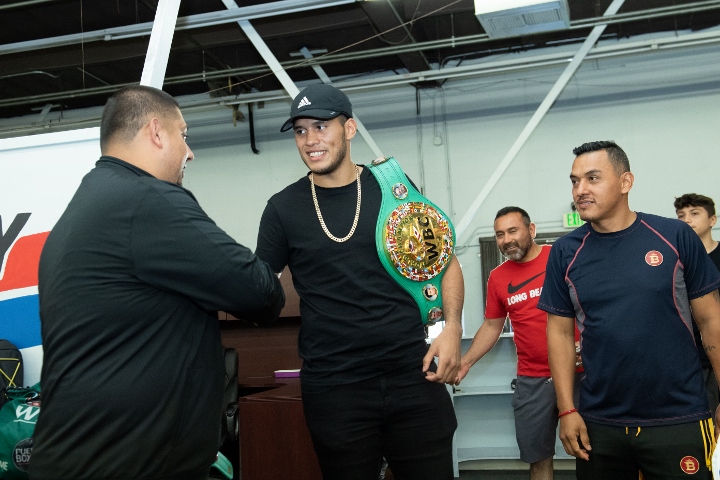 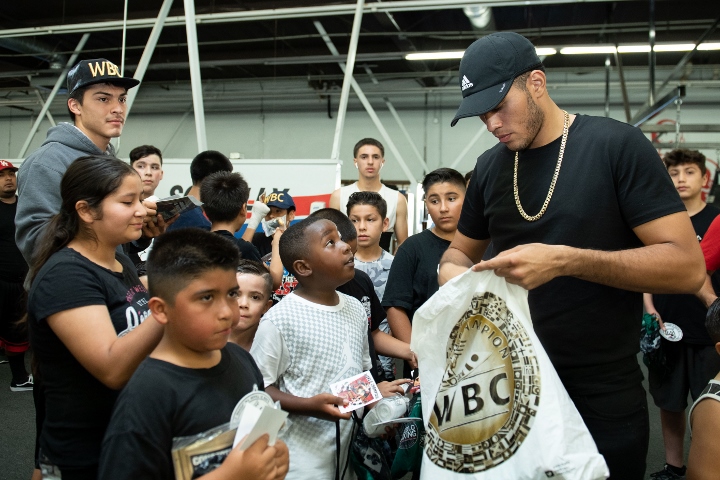 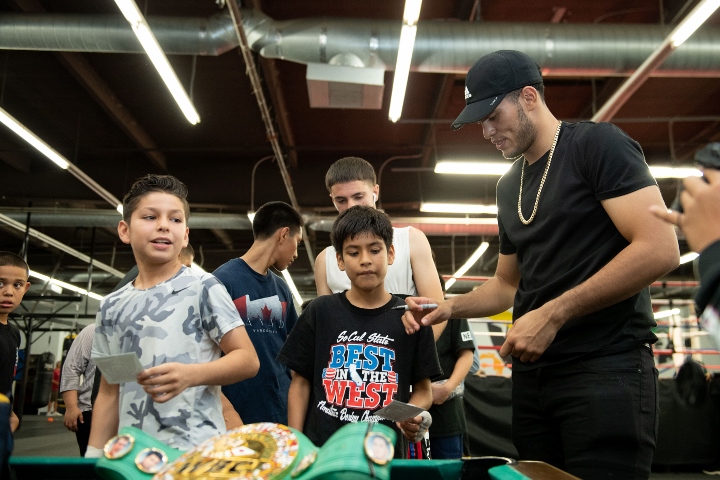 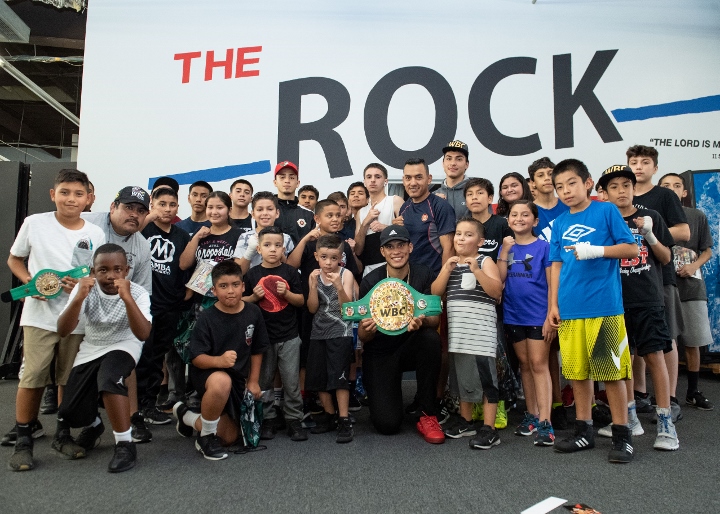 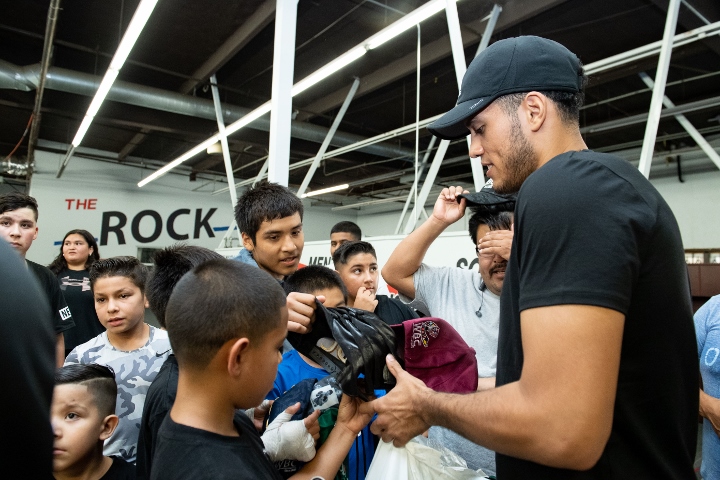 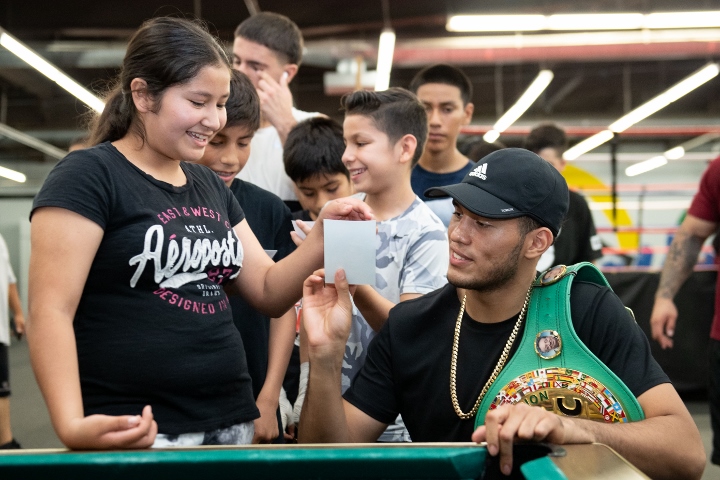 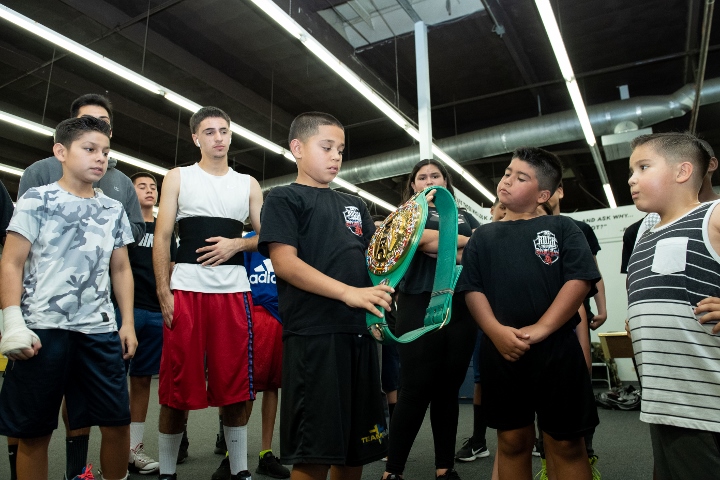 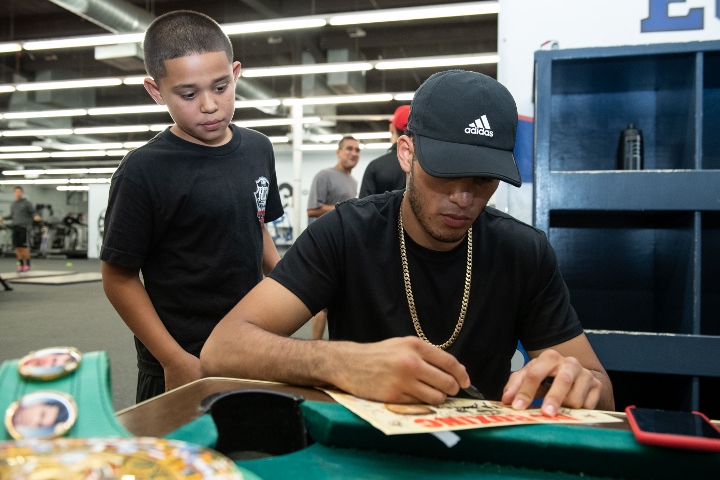 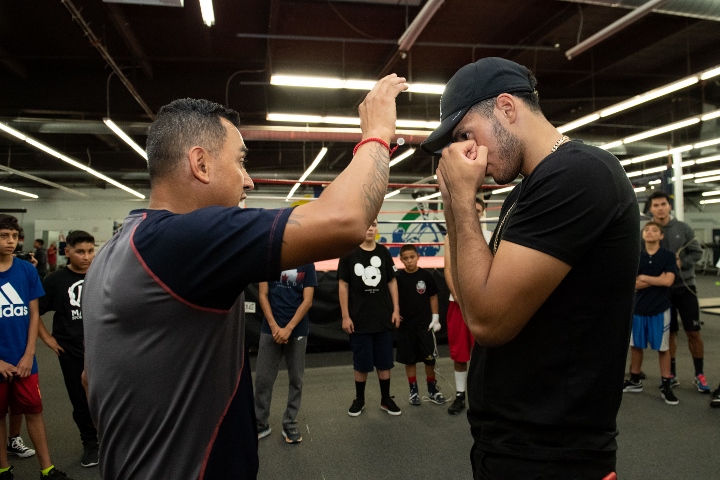 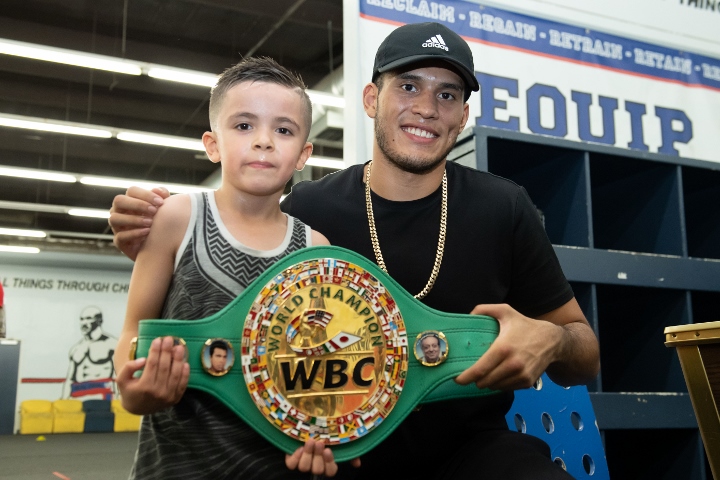 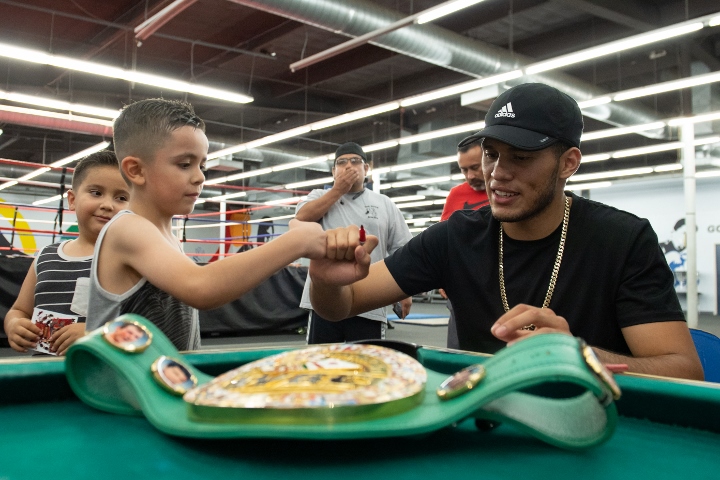 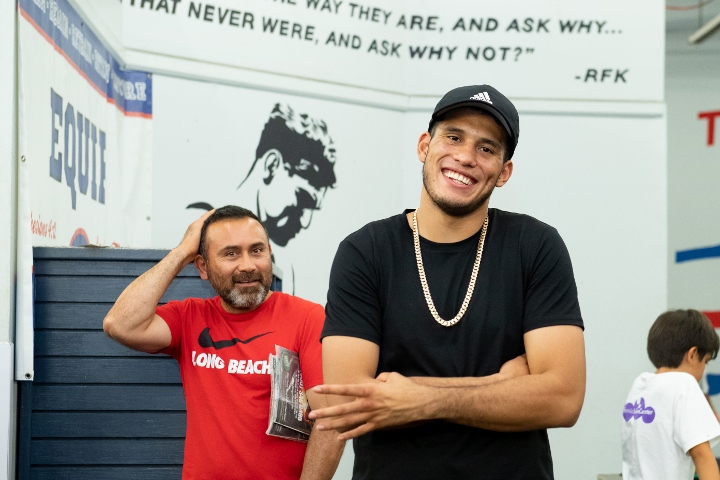 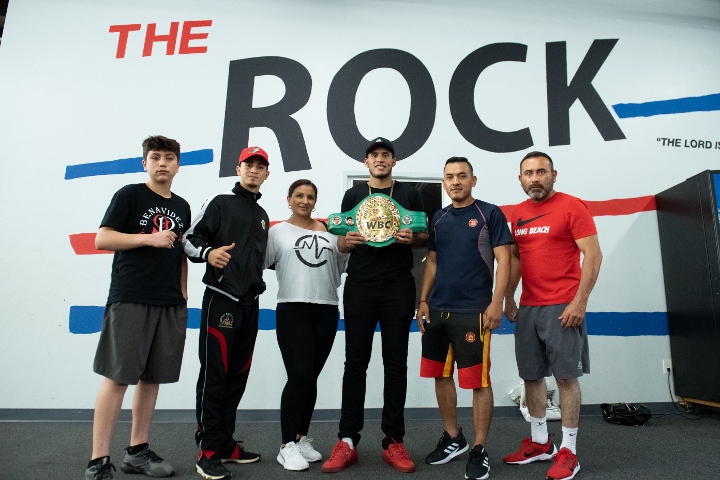 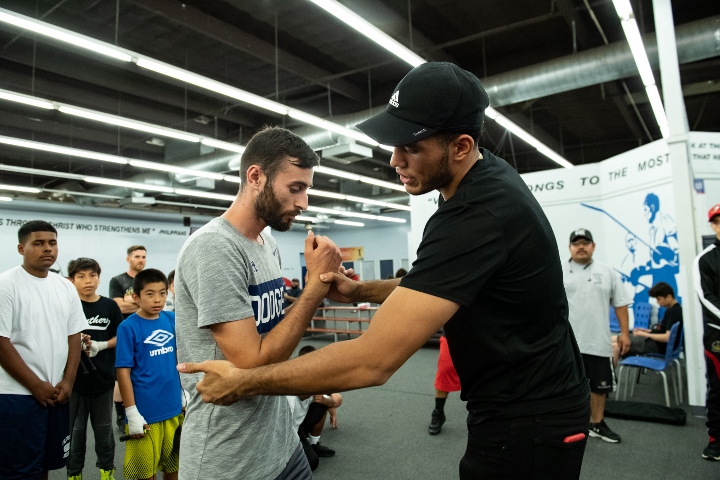