Dave Allen scored a stunning stoppage win over former WBA Heavyweight World Champion Lucas Browne at The O2 in London. ‘White Rhino’ floored his Australian rival with a crunching body shot in the third round of their main event clash. (photos by Mark Robinson). 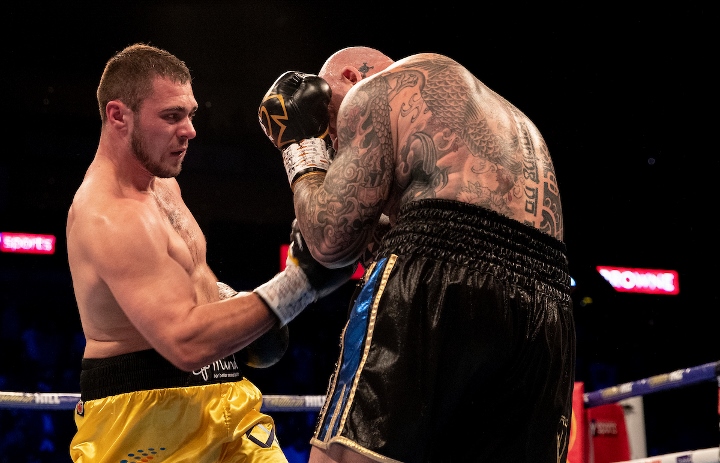 Finchley Heavyweight Derek Chisora bounced back from his December KO loss to Dillian Whyte with a comfortable ten-round decision against Senad Gashi in the evening’s chief support bout. 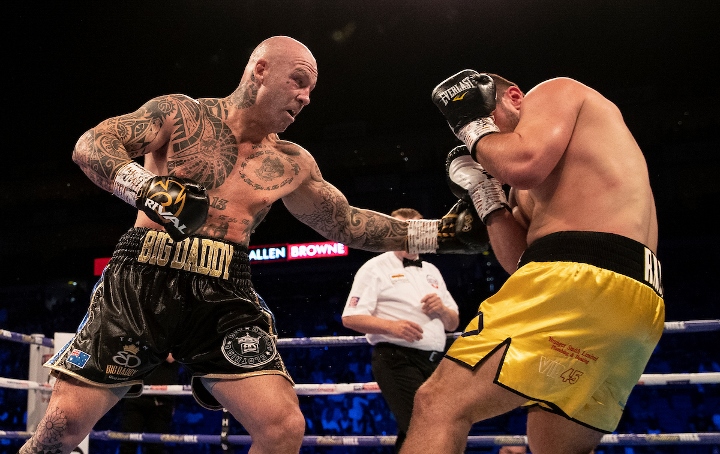 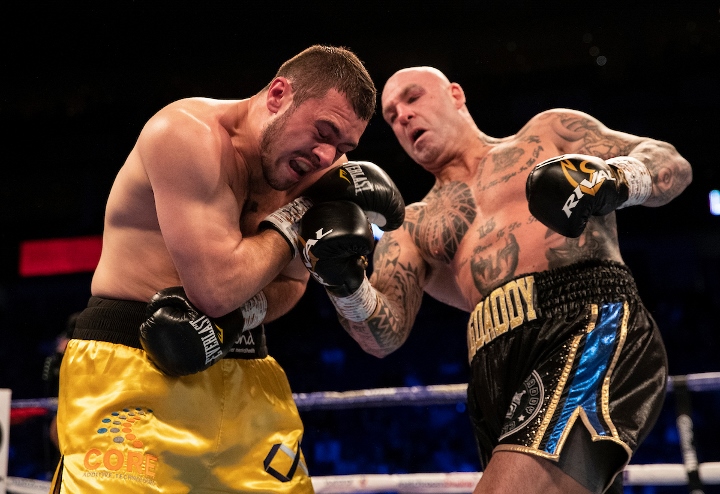 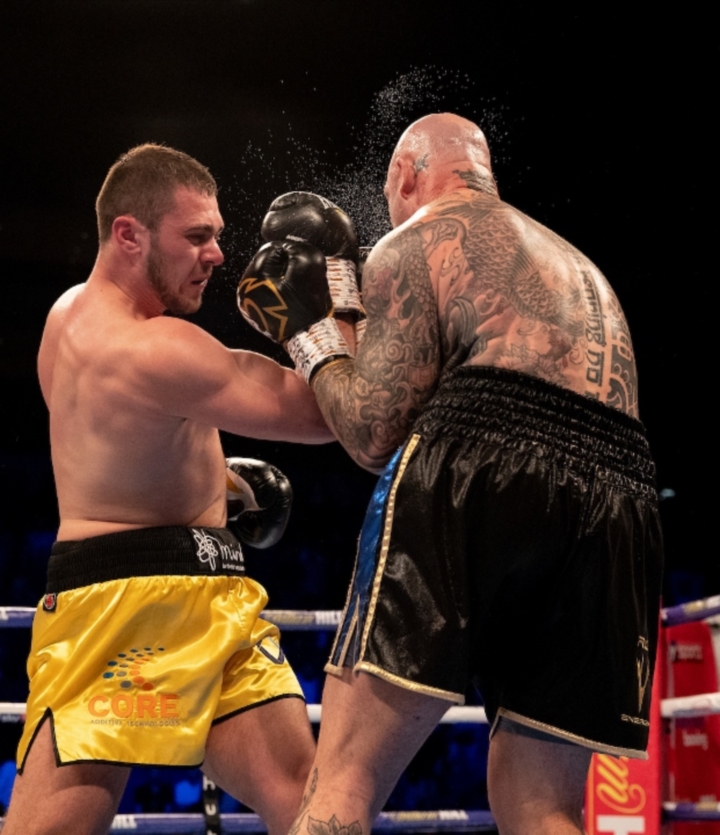 ‘PBK’ had been out of action since a TKO win over Walter Fabian Castillo at the Manchester Arena in November, but the 2016 Olympian, now 9-0, looked as skilful and fluid as ever against the brave Pole.

Joe Cordina looked brilliant as he dropped Barnsley’s Andy Townend three times on his way to a sixth round TKO as he picked up the prestigious British Lightweight title in his ninth professional fight. 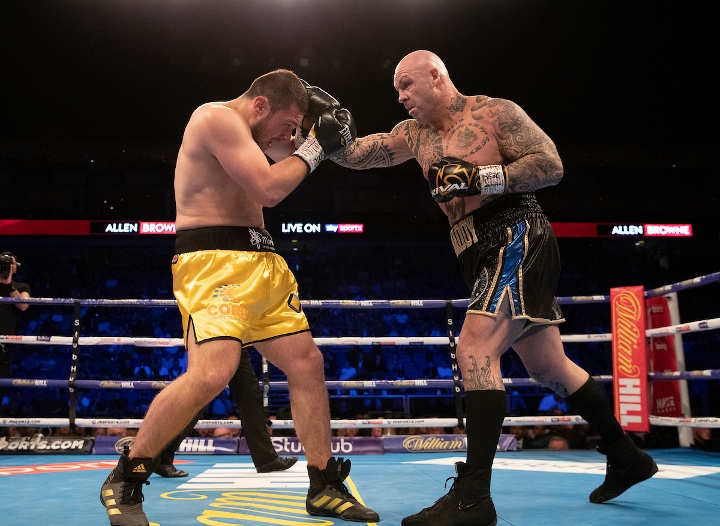 The ‘Welsh Wizard’, making the first defence of his Commonwealth crown, dismantled Townend in brutal fashion and forced an impressive stoppage after a flurry of punches to the head and body downed the ‘KO Kid’ for the third and final time in round six. 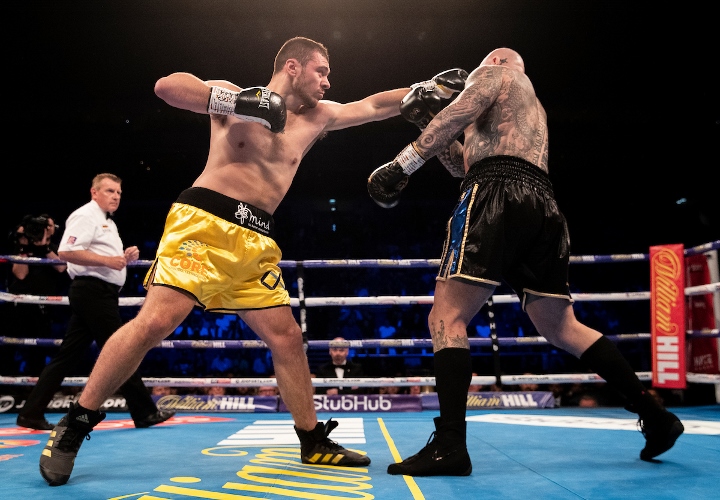 Rising Welterweight prospect Conor Benn remained unbeaten with a comprehensive points win over Czech Republic’s Josef Zahradnik to move to 14-0 (9 KOs). It was ‘The Destroyer’s’ first outing since his rematch win over Cedrick Peynaud at the same venue way back in July 2018.

Benn was on top throughout the eight-round contest and showed no signs of ring rust as he knocked his tough opponent down in the seventh round before being awarded the fight by a 80-71 margin. 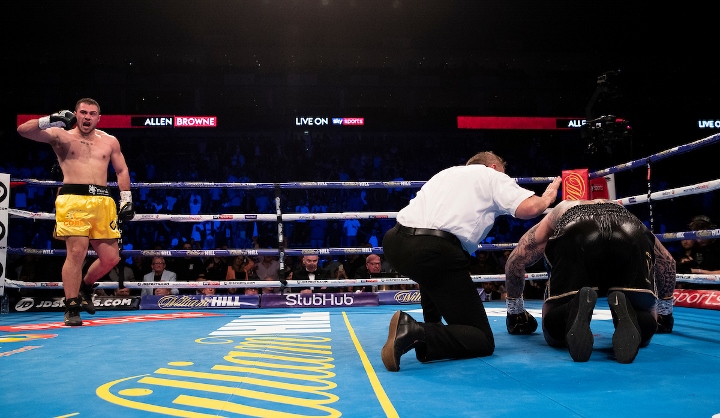 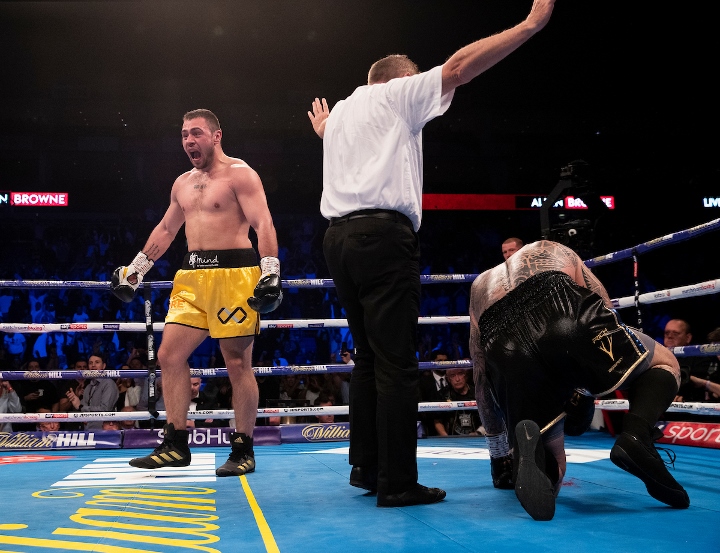 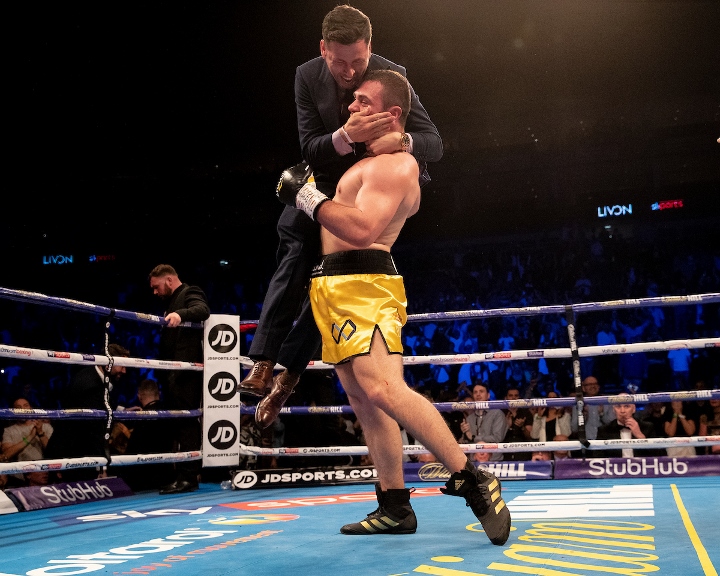 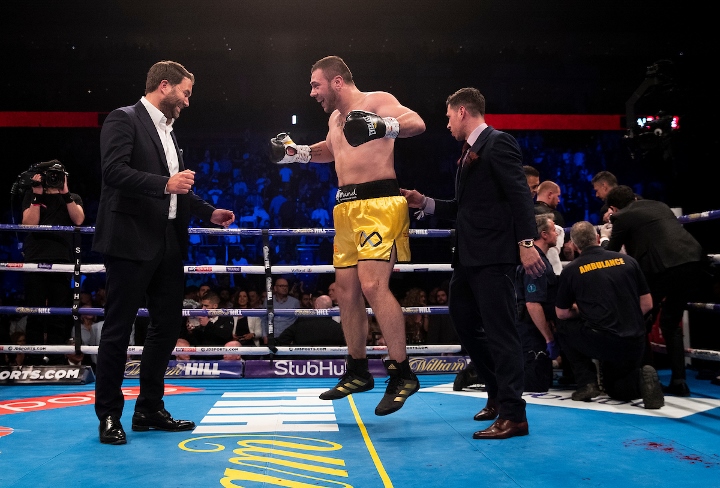 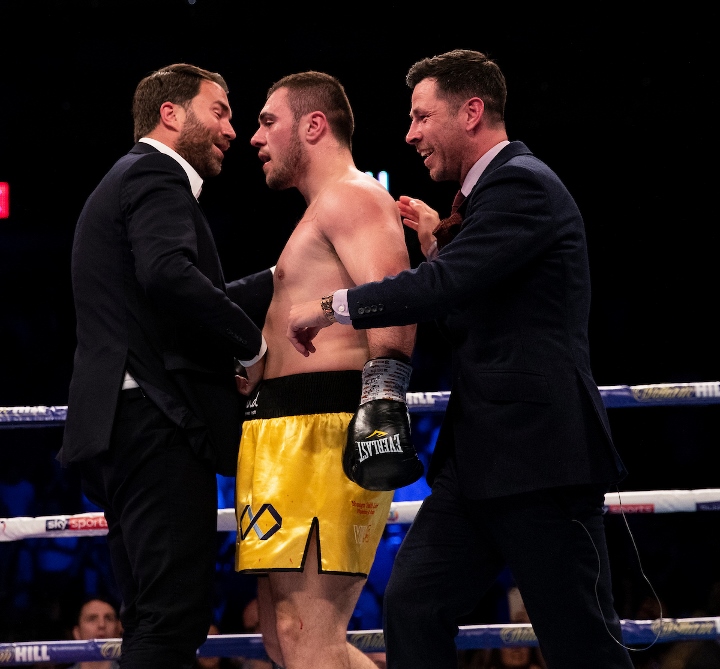 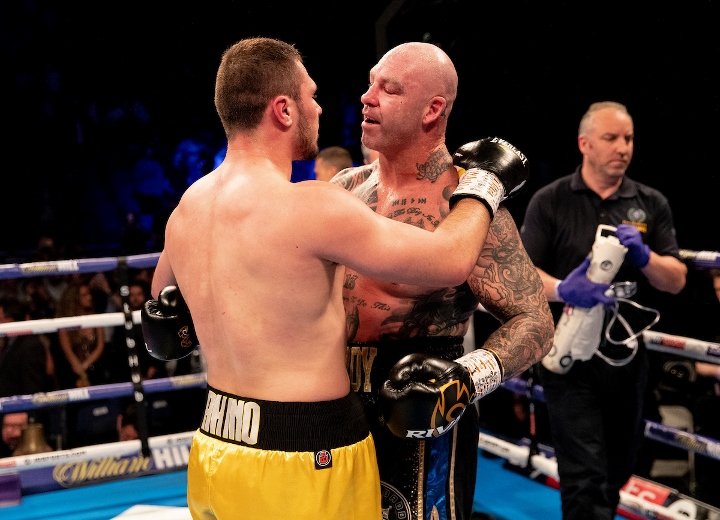 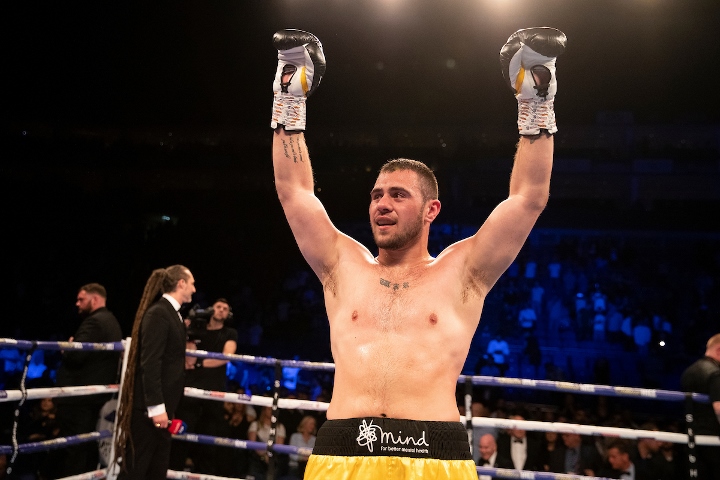 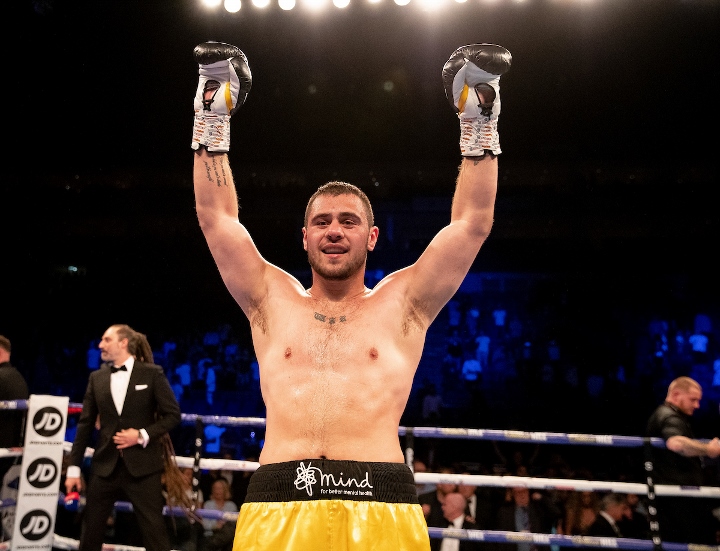 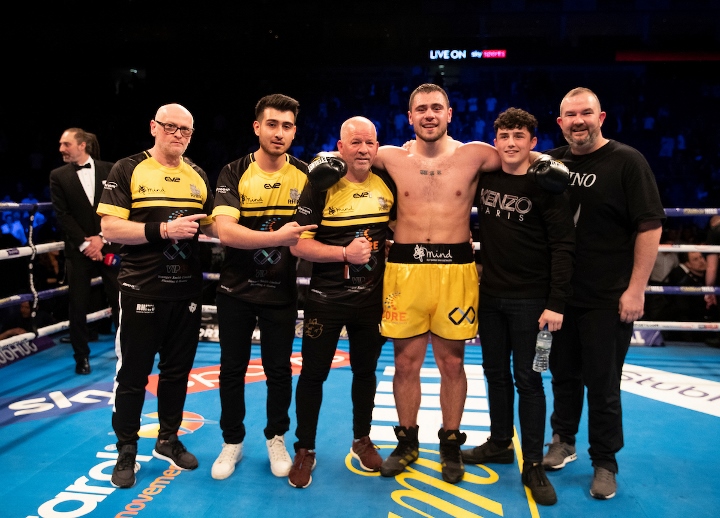