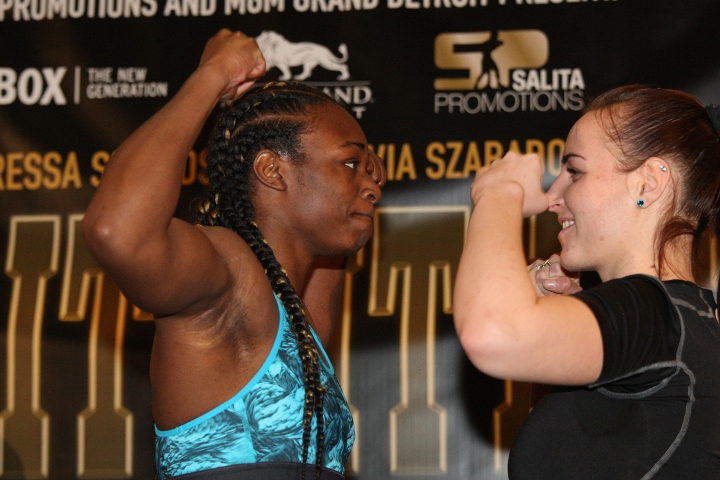 Shields (1-0) will face former world title challenger Szilvia Szabados (15-8, 6 KOs) in just her second fight since winning gold at the 2016 Olympics and in the first women’s boxing event in premium television history, live on SHOWTIME at 10 p.m. ET/PT. 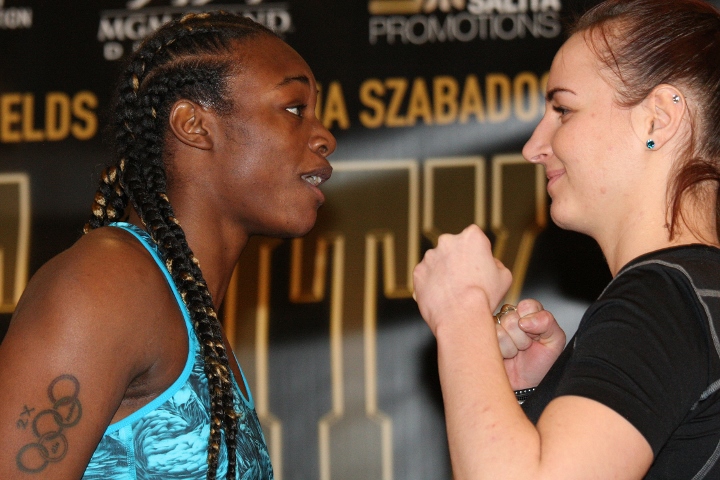 “Detroit City Gold,” which takes place less than an hour from Shields’ hometown of Flint, Mich., is promoted by Salita Promotions.  Shields vs. Szabados is a six-round middleweight bout. 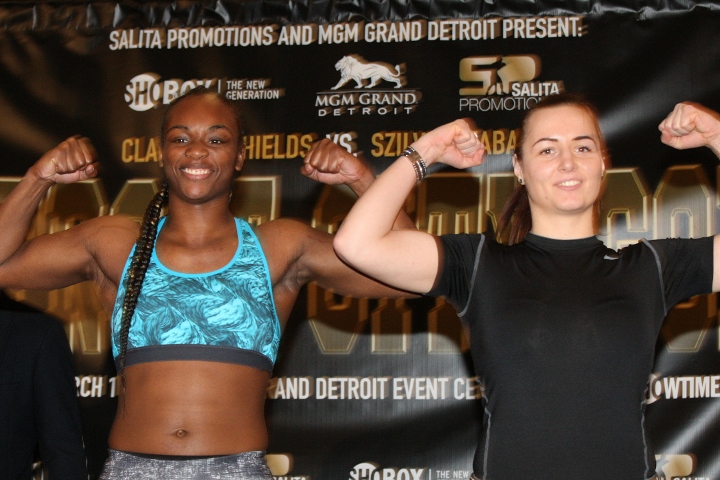 In the ShoBox co-feature, top-10 ranked bantamweight contenders Antonio Nieves (17-0-2, 9 KOs), of Cleveland, and Russia’s Nikolay Potapov (16-0-1, 8 KOs) will put their undefeated records on the line in a 10-round matchup for the NABO bantamweight belt. 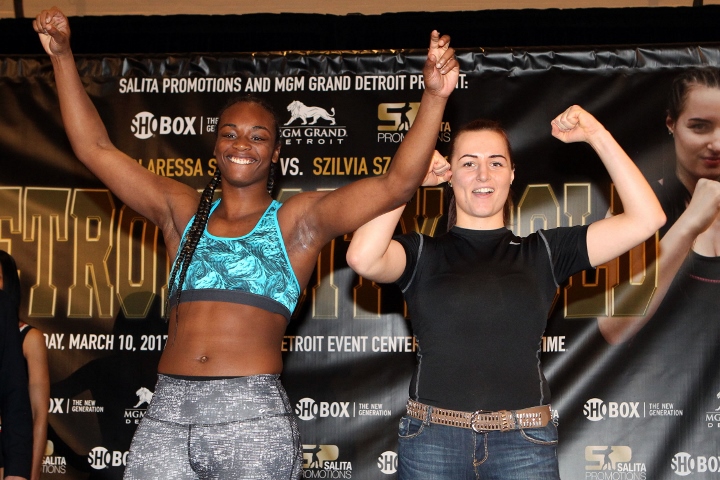 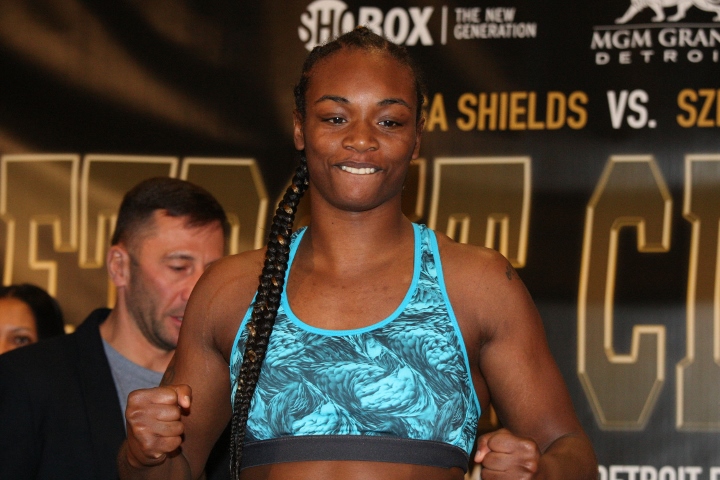 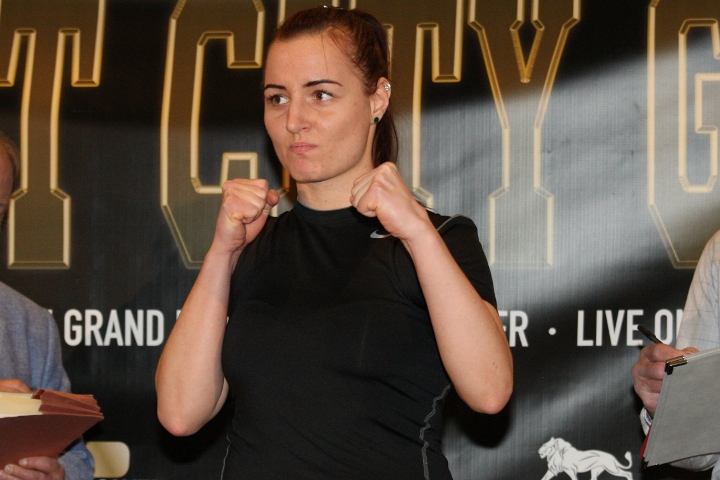 “I know about Laila Ali, and Christy Martin and Lucia Rijker, and I don’t box like any of them. I have my own unique style. I’ve never seen a female fighter like myself. I want to carry the sport.

“The boxers I like and study are Sugar Ray Robinson, Joe Louis and Floyd Mayweather. Those are my favorites. And you can even throw Sugar Ray Leonard in there, too.

“This is my hometown fight. I last fought in Michigan three years ago. I’m going to showcase my skills on SHOWTIME.

“I’m embracing all of this. I grew up and heard when I was young that women can’t fight. I’m ready to show everyone just how wrong that is on Friday night.” 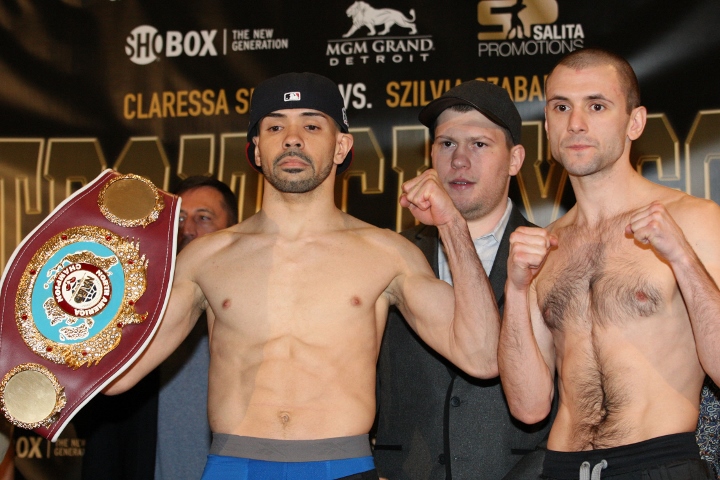 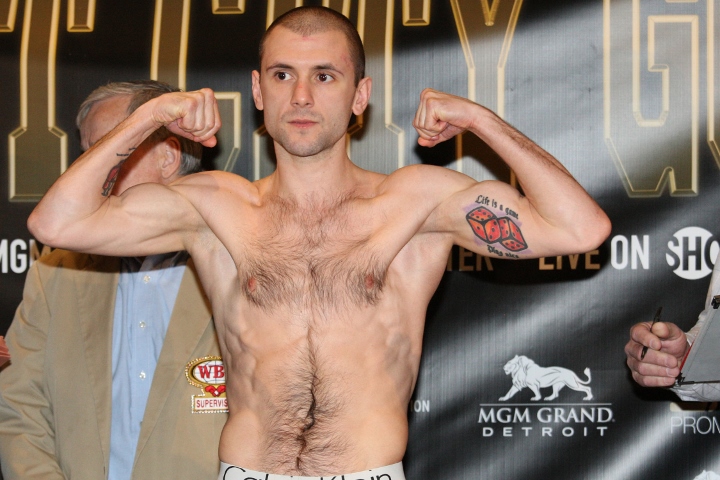 I doubt that Szilvia will spend ten seconds of this fight in the range she wants to be in. Claressa will domminate from start to finish.