Unified middleweight world champion Claressa Shields and former world champion Ivana Habazin showed off their skills at a media workout Wednesday before they go toe-to-toe this Saturday night in a showdown for the WBO and WBC 154-pound world titles live on SHOWTIME from Dort Federal Credit Union Event Center in Flint, Mich. (photos by Stephanie Trapp) 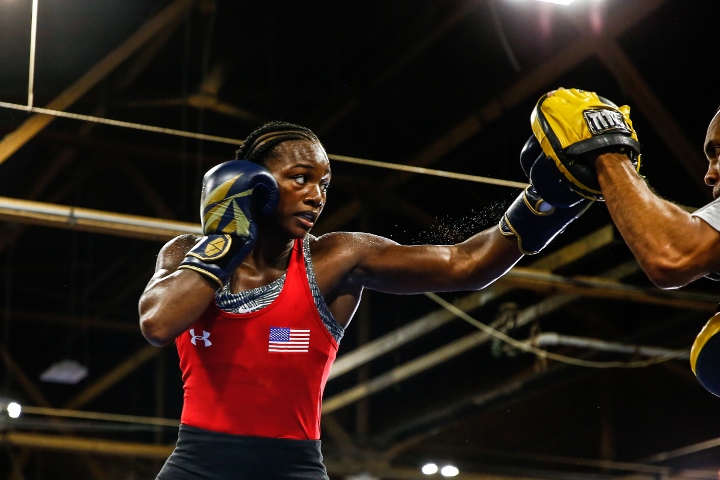 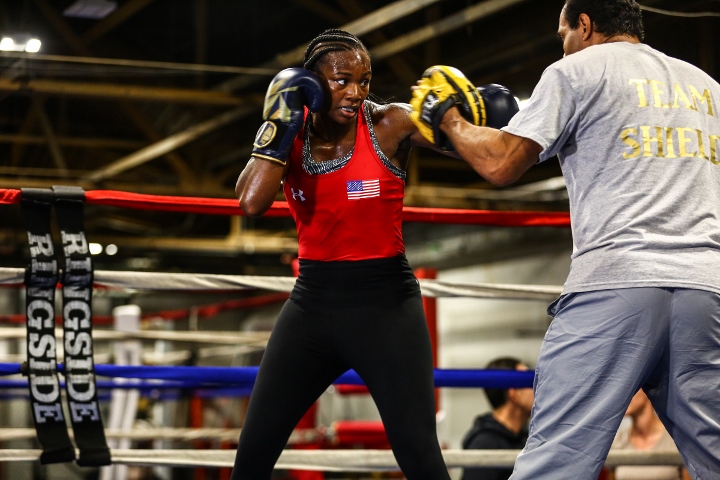 After her portion of the media workout, Shields, who fights in her hometown of Flint for the first time as a pro on Saturday, spent time with kids who participate in the gym’s Downtown Boxing Gym (DBG) program for Detroit students ages 8-18. The gym currently serves over 170 students with mentorship and training programs. *More information on DBG is listed below. 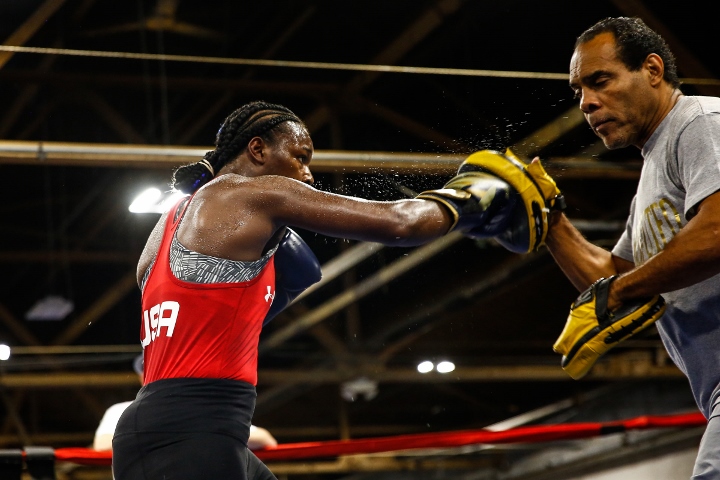 Joining Shields and Habazin at the media workout were fighters competing in non-televised attractions Saturday including local super flyweight contenders Ja’Rico O’Quinn and James Smith, who will fight for the WBO International title, and Scotland’s Hannah Rankin, who steps in against Erin Toughill in a super welterweight attraction. 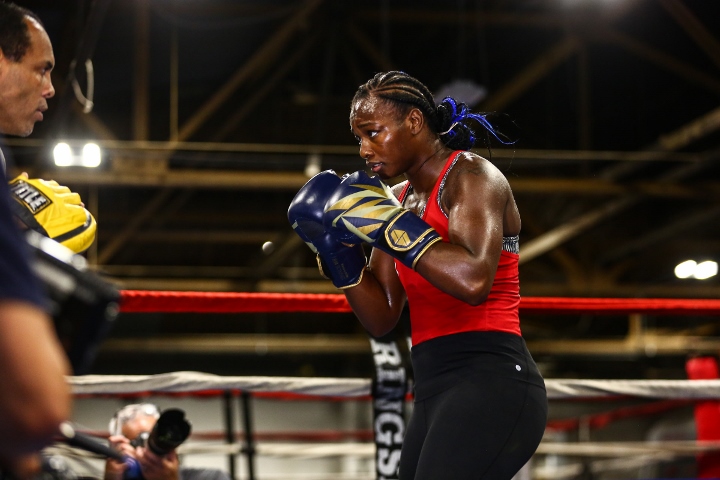 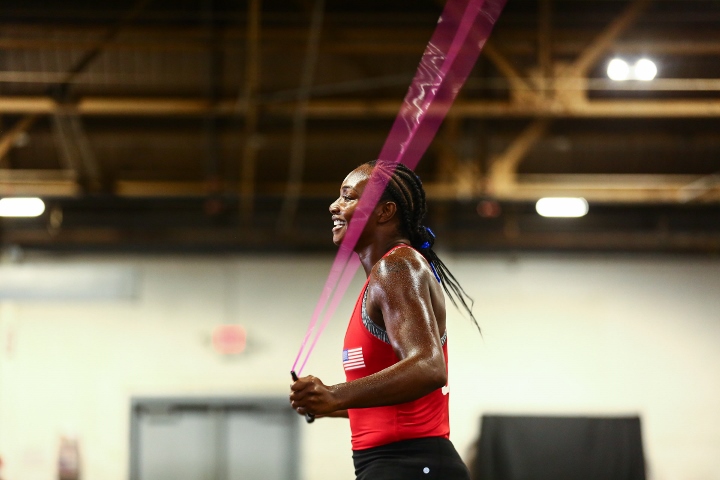 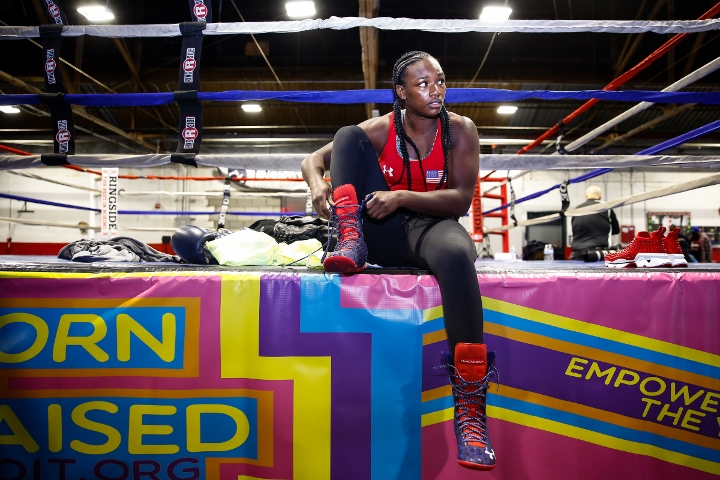 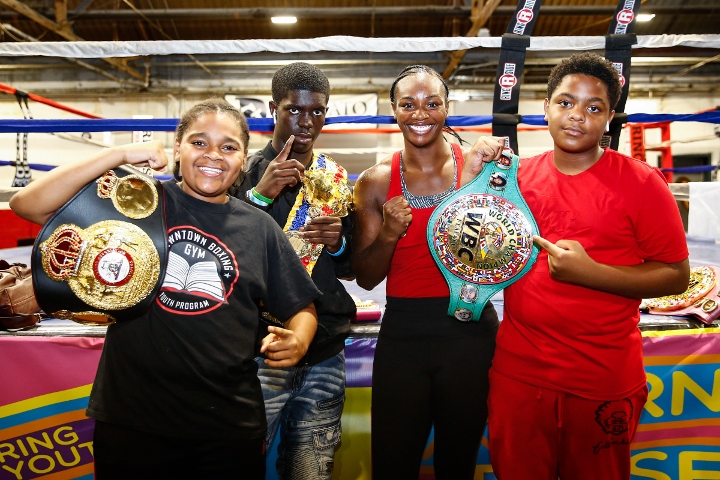 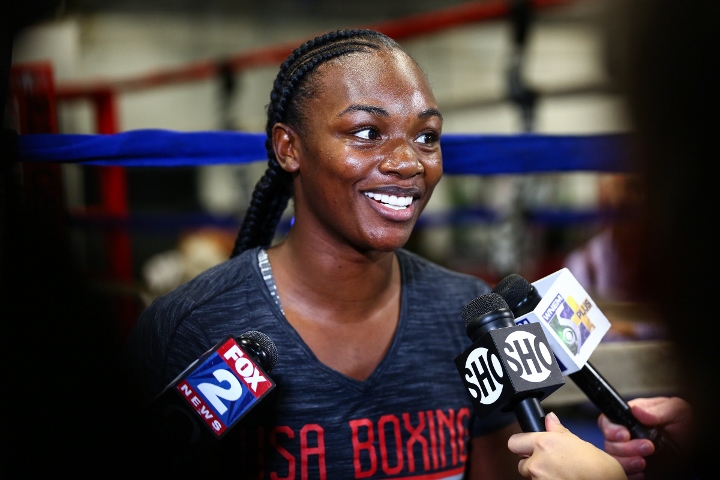 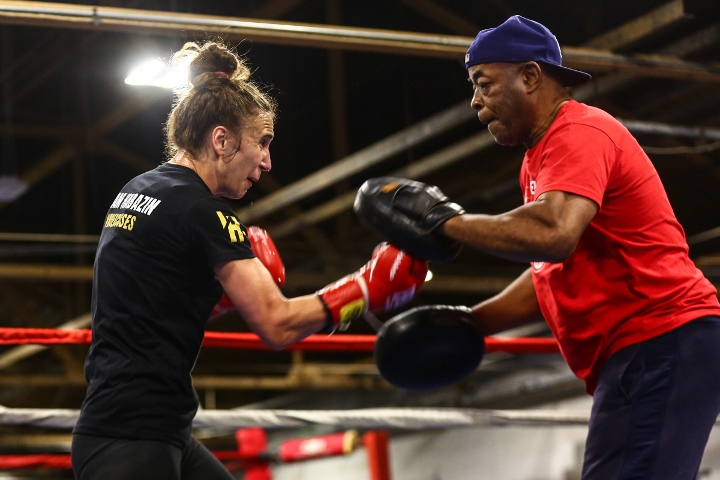 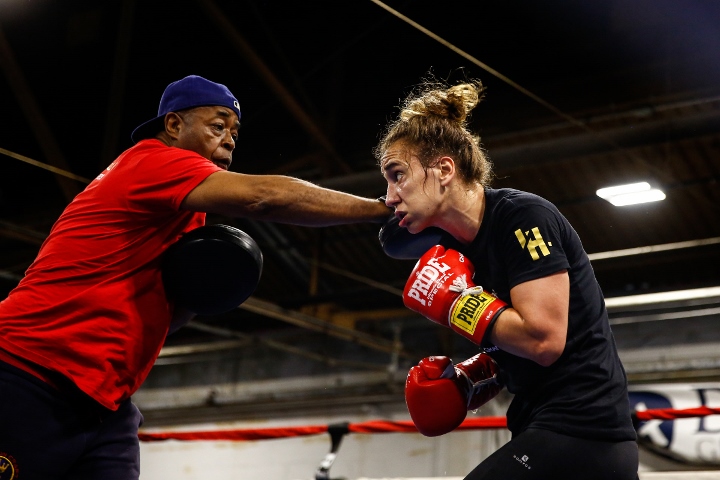 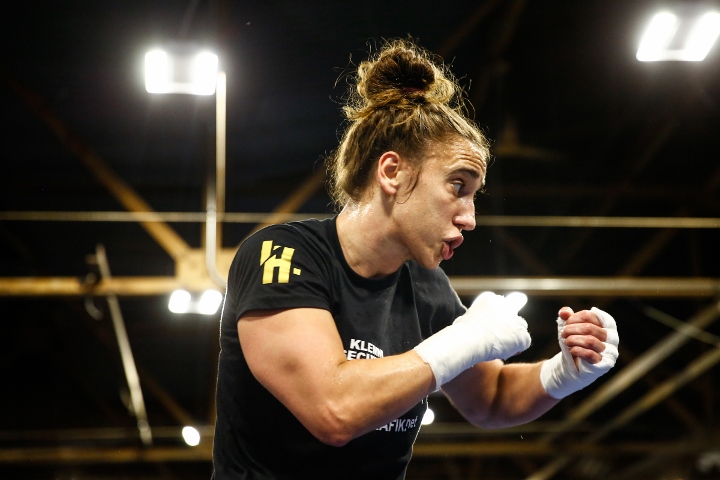 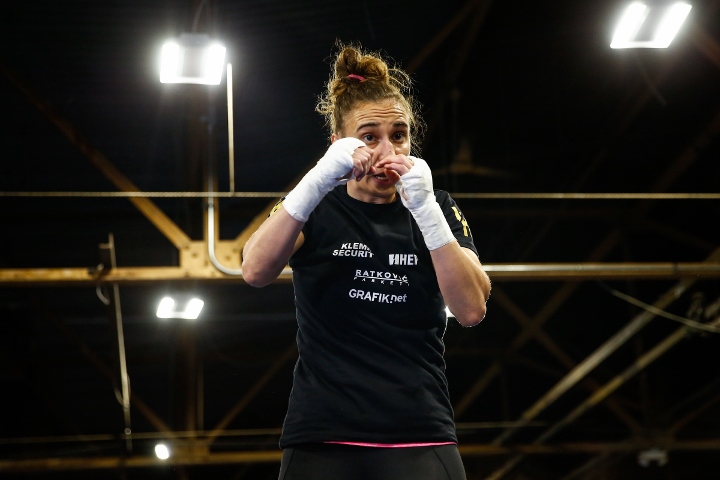 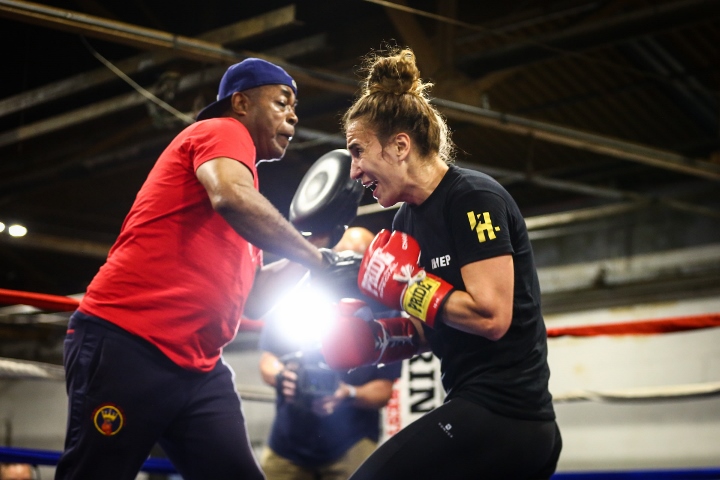 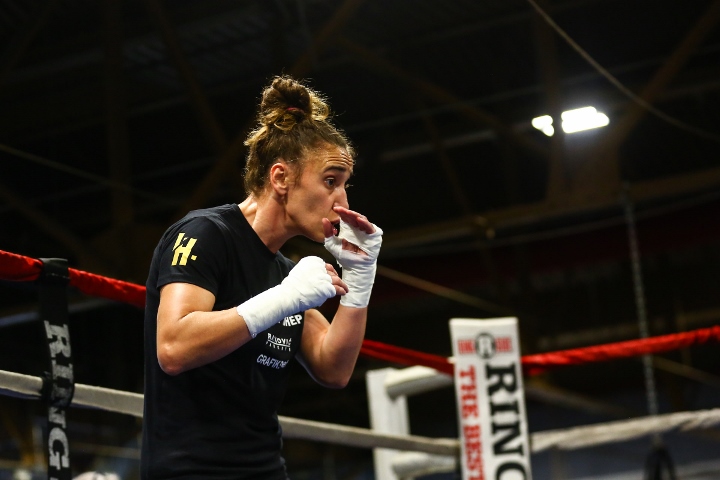 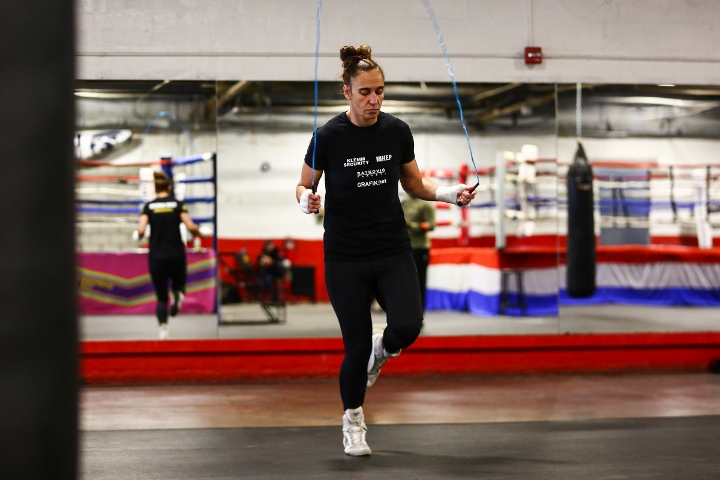 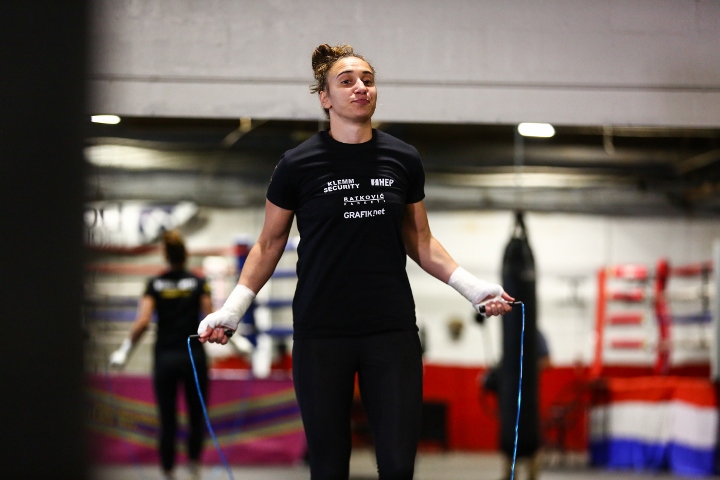 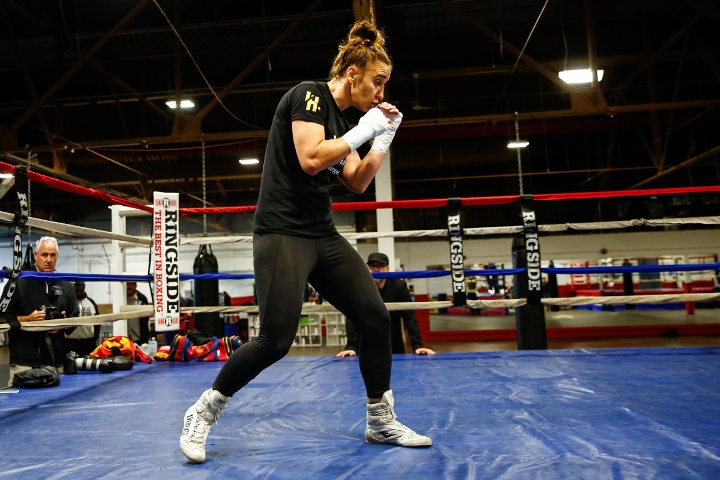 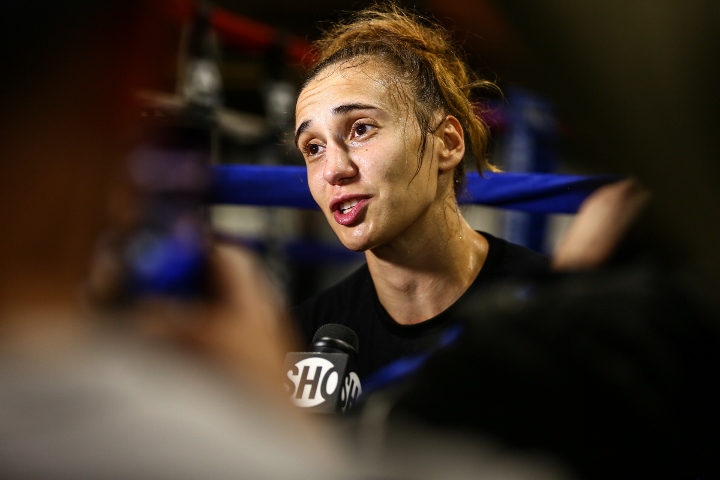 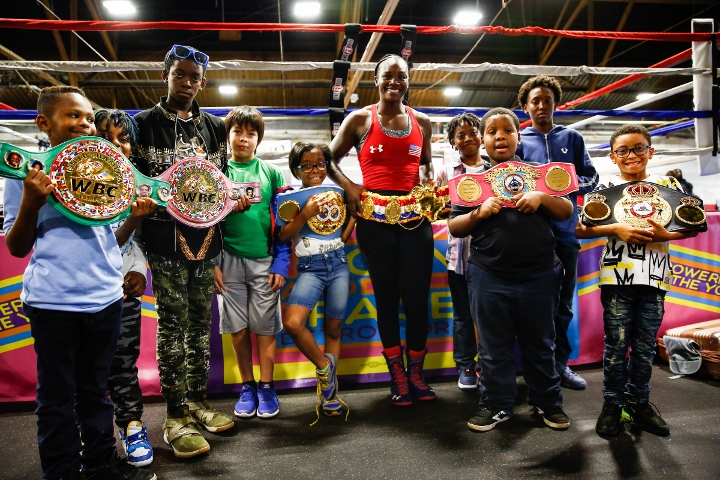 Shields should definitely be ending that 5-fight knockout drought within the first 3 rounds.