Undefeated middleweight champions Claressa Shields and Christina Hammer spent the afternoon giving back to the Atlantic City community as they met with local youth from the New Jersey Give A Kid A Dream organization and the Girls in Gloves boxing program at the Atlantic City PAL gym. They spoke to the attendees about working hard, following your dreams and never giving up. The main event combatants were also joined by the Mayor of Atlantic City Frank Gilliam and other local dignitaries. (photos by Stephanie Trapp) 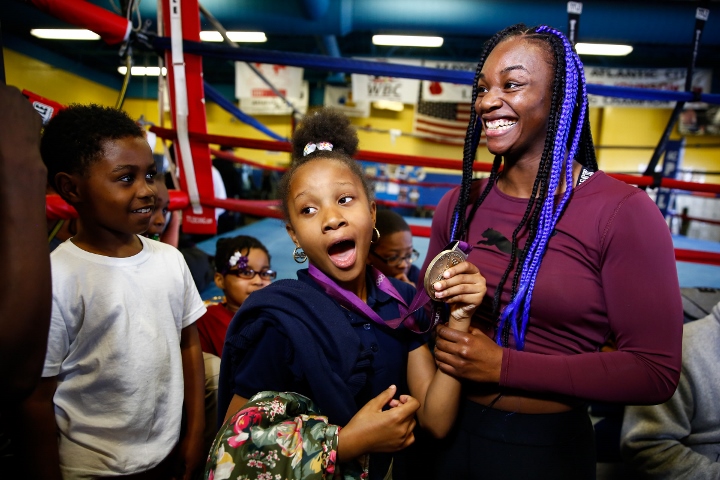 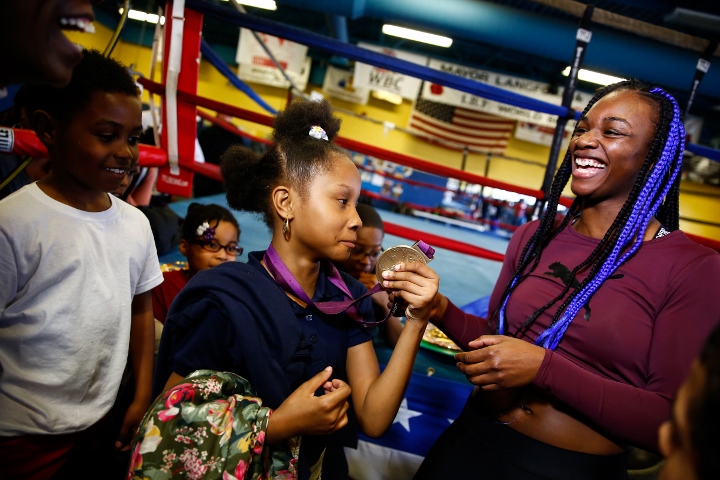 The winner will become only the second undisputed champion in women’s boxing history and only the sixth fighter – male or female – to unify all four recognized world titles. 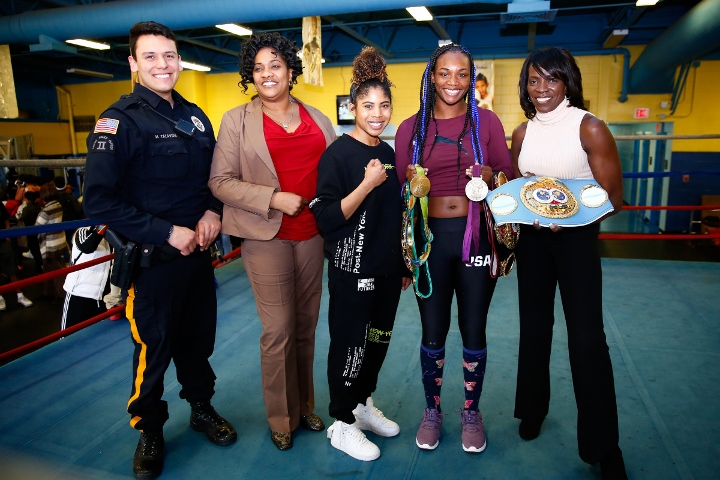 Tickets for the live event, which is promoted by Salita Promotions, are priced at $150, $100, $55 and $35 and can be purchased through Ticketmaster and at boardwalkhall.com.

Shields and Hammer spoke with media and the youth attendees ahead of their Saturday showdown:

“The women are in excellent shape, are anxious to fight, but still took time to be here, which shows what kind of champions they are. Salita Promotions is looking forward to hosting a large group of kids from New Jersey Give A Kid A Dream Saturday night, making it even more special. It will be a great night of boxing.

“To be able to give back to the community in this way two days before an incredible night of boxing, makes me proud to be the promoter of this event.” 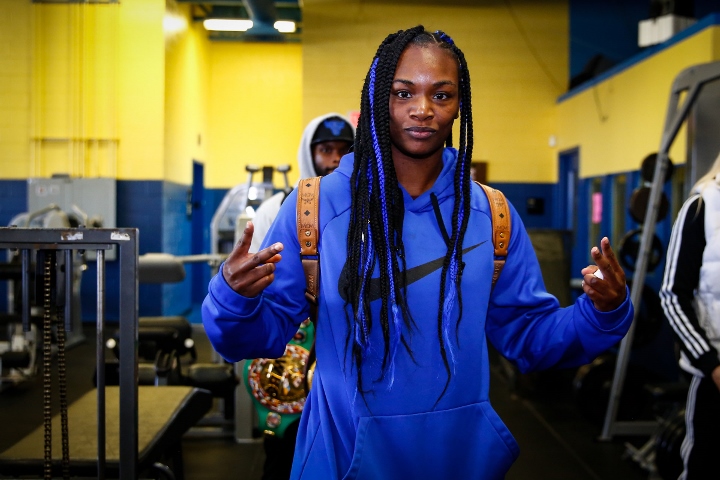 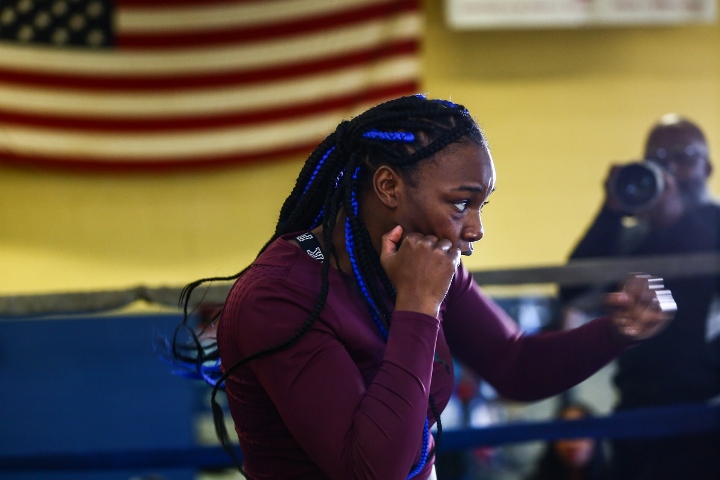 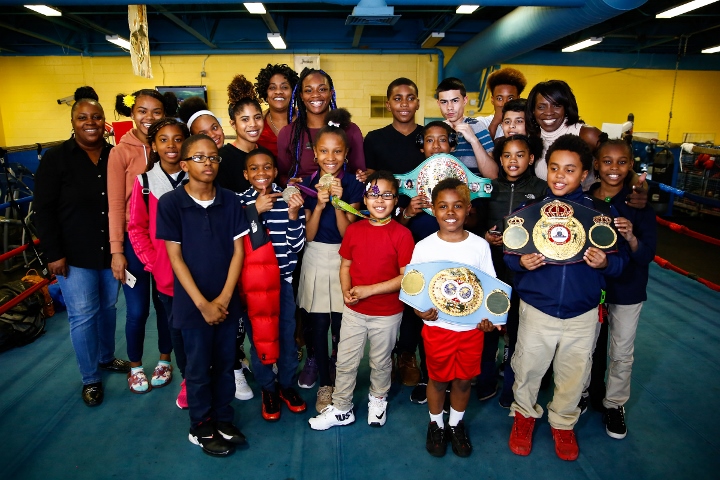 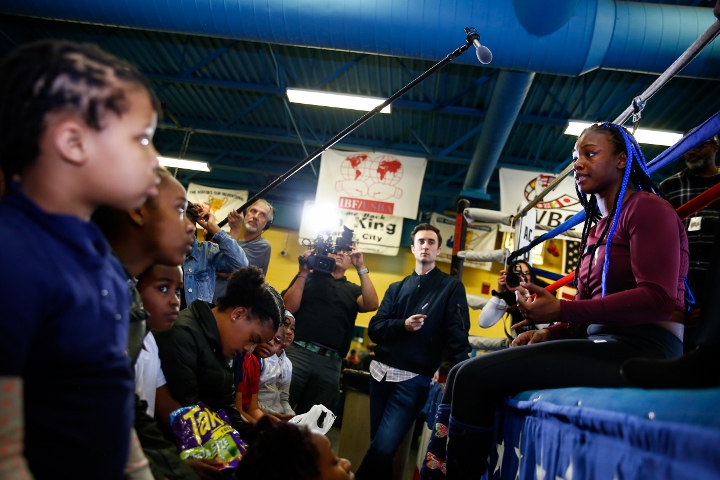 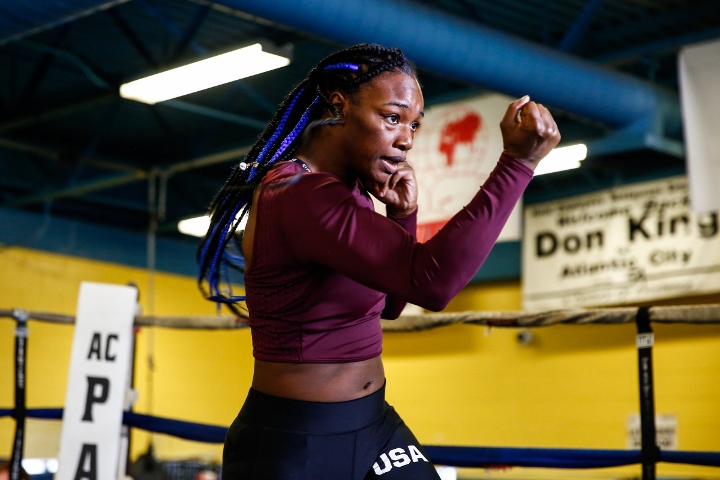 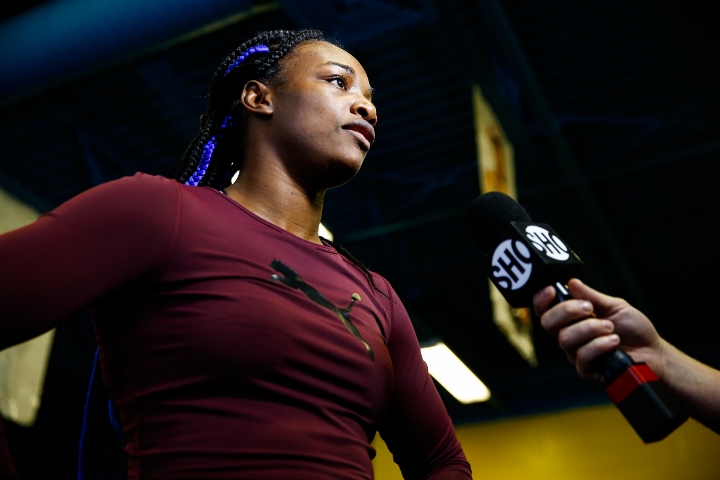 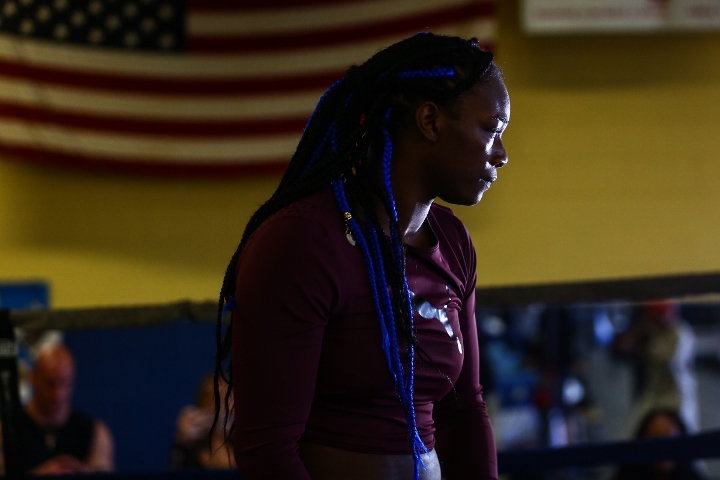 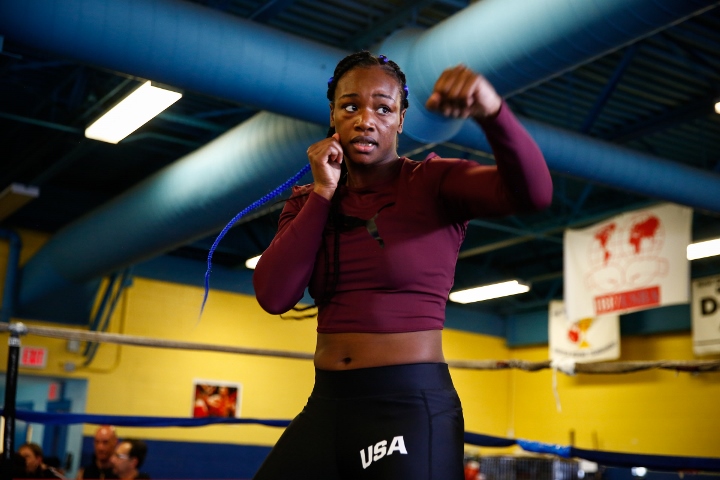 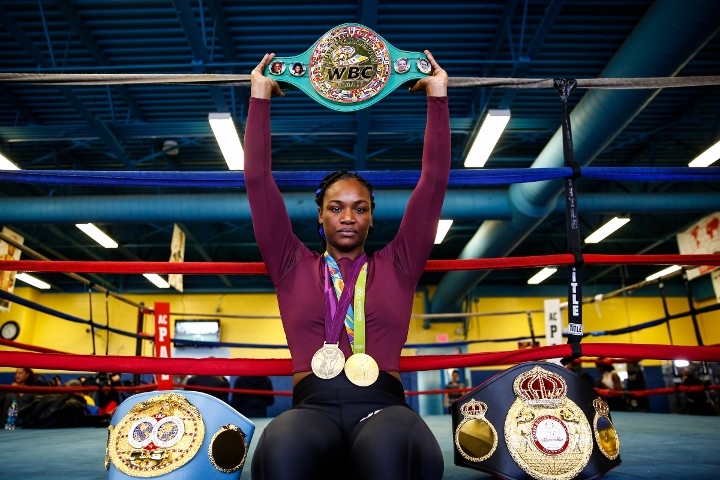 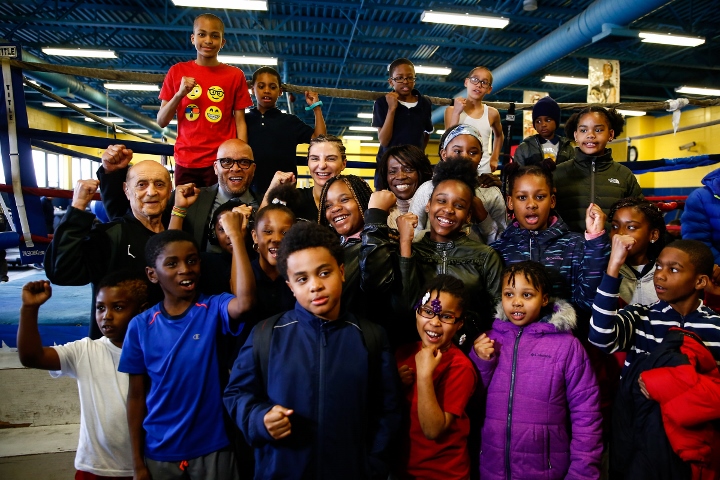 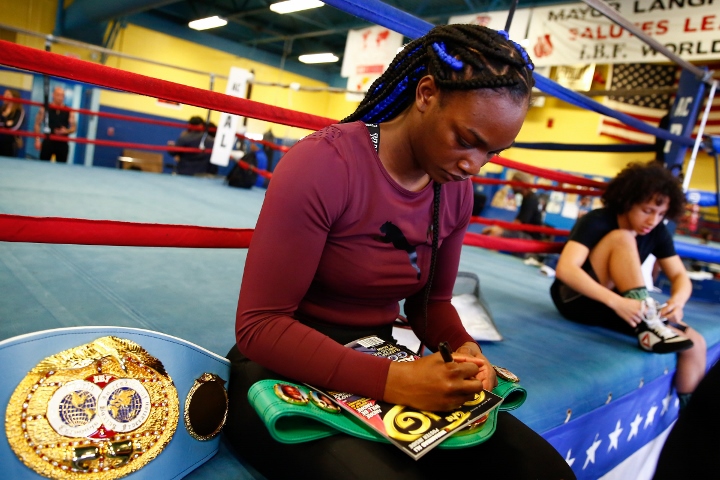 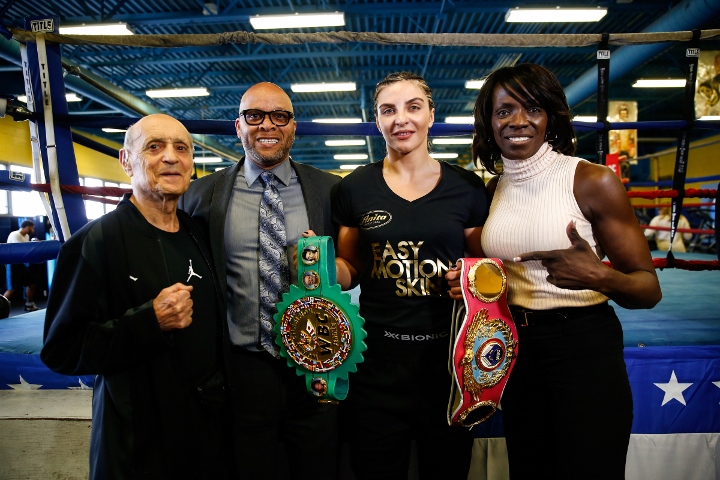 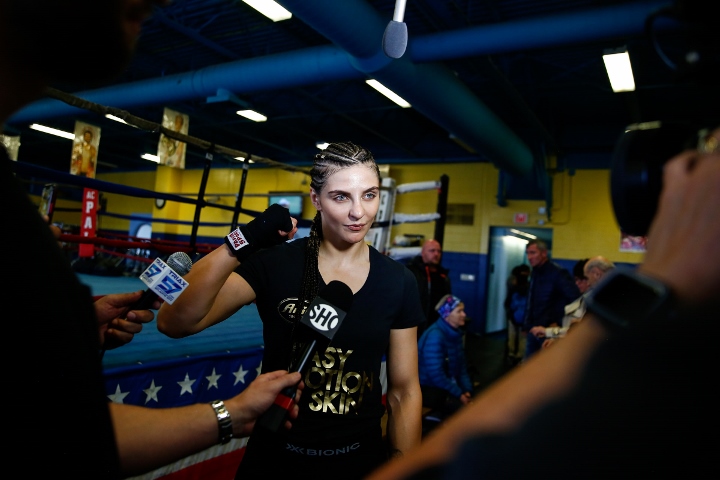 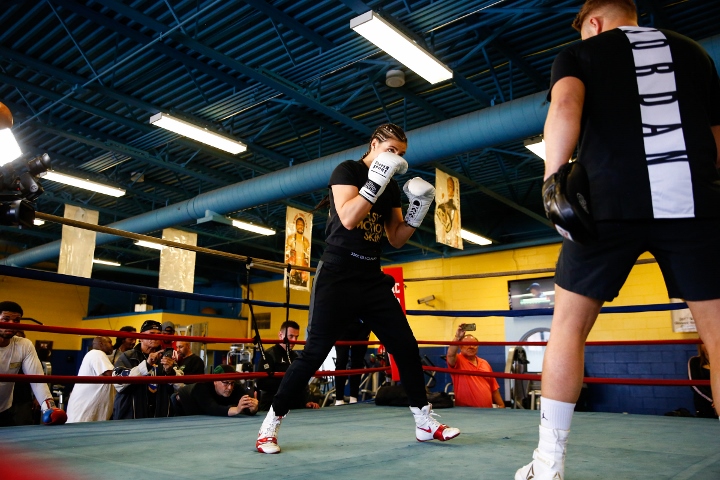 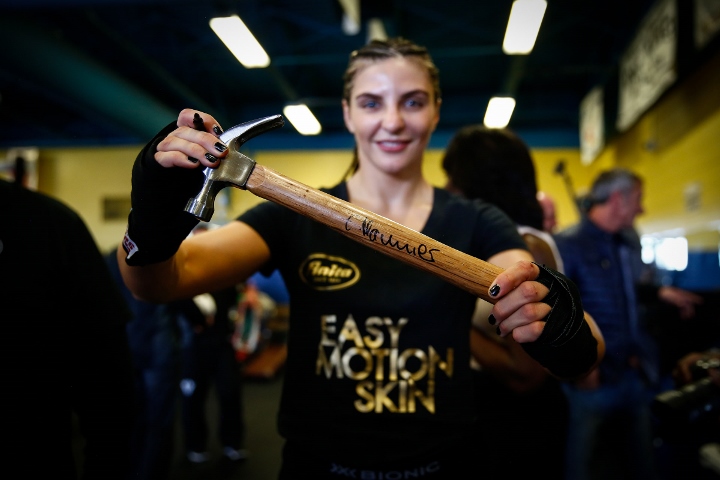 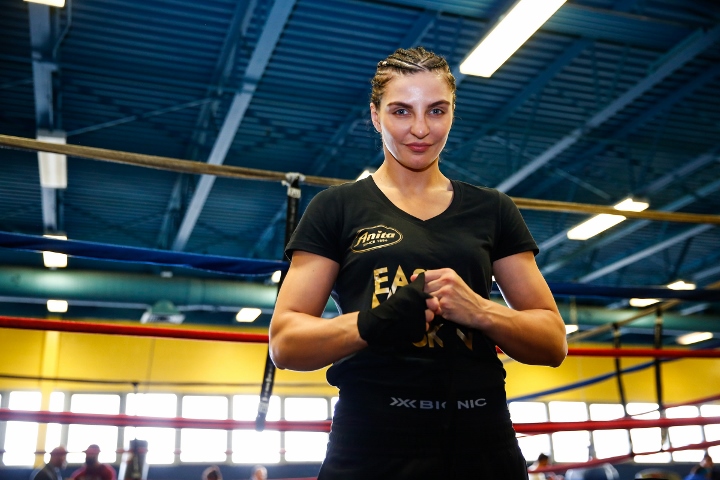 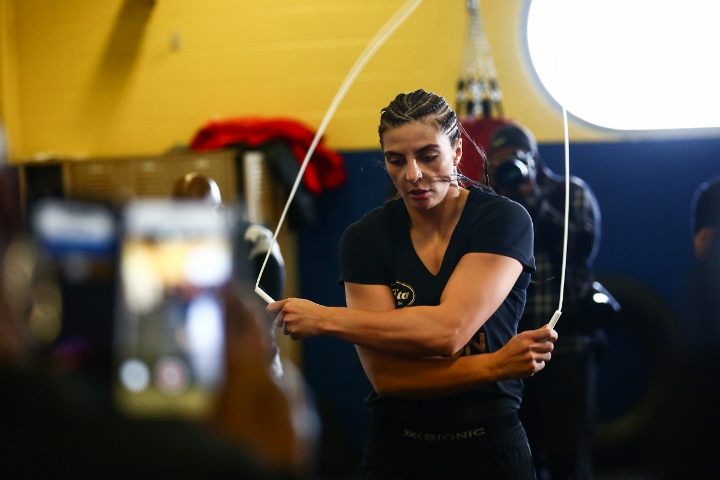 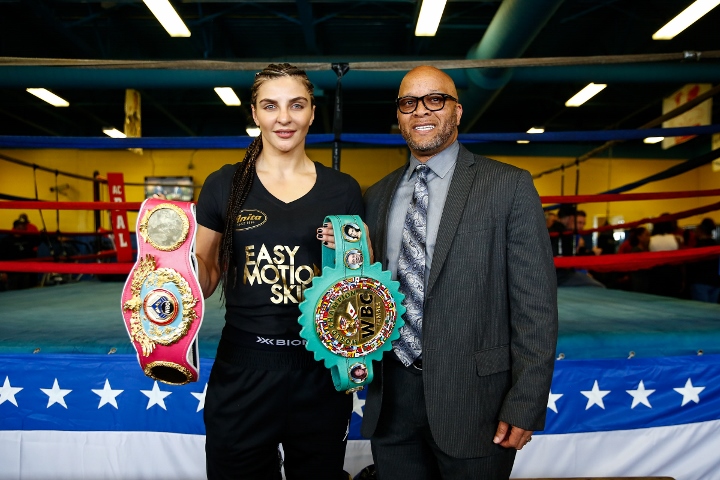 [QUOTE=NachoMan;19651543]Make-up does wonders for Hammer. She can look sexy as hell shined up then look like a complete transtesticle in the gym.[/QUOTE] Transtesticle That’s hilarious and possibly right

[QUOTE=AdonisCreed;19651588]Nope there are some Hispanics in the crowd dude. Besides does it mean that much to you what race they are? lol[/QUOTE] Certainly not. I did find it unusual though that the headline said meeting the youth of AC and…

[QUOTE=Oldskoolg;19651555]If they are all white would you have commented[/QUOTE] Probably not! He is just trolling for attention that's all lol

[QUOTE=Rockybigblower;19651514]Do only black children live in A.C.?[/QUOTE] Nope there are some Hispanics in the crowd dude. Besides does it mean that much to you what race they are? lol