Following their epic 2016 "Fight of the Year" candidate this past April 15 at the Belasco Theater in Los Angeles, Yoshihiro Kamegai, (26-3-2, 23KO’s) and Jesus "Renuente" Soto-Karass, (28-10-4, 18KO’s), will battle once again on Saturday September 10 from the Fabulous Forum in Los Angeles. The ten round super welterweight clash will serve as the chief support to the main event. Both fights will be televised live on HBO World Championship Boxing beginning at 10:00 p.m. ET/PT. 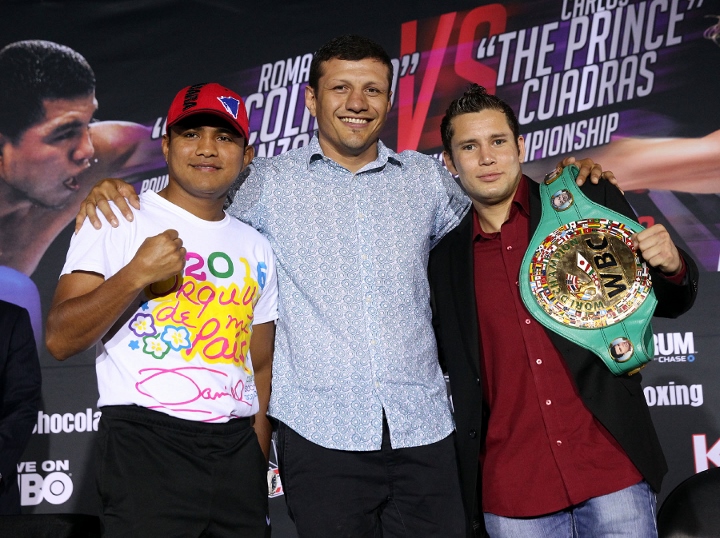 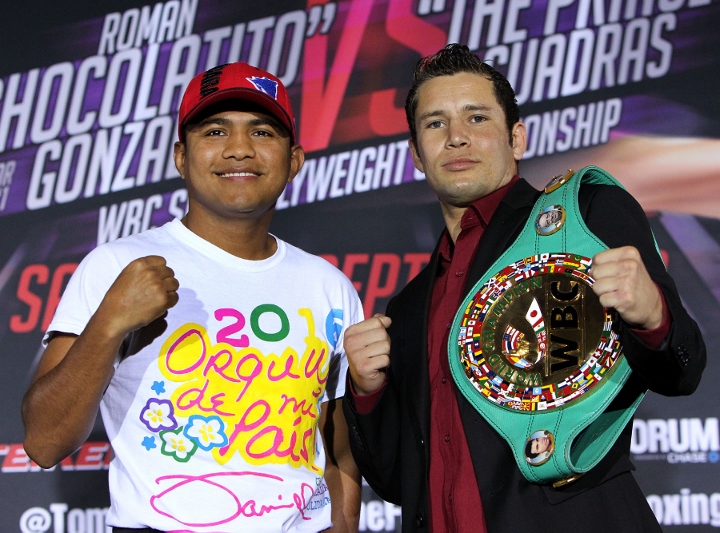 “I’ve very happy to challenge Carlos Cuadras for a world title in my fourth weight class. It’s an honor to return to fight at the Forum in front of the great Los Angeles fight fans,” said Gonzalez. “Thanks very much to God, K2 Promotions, Mr. Honda and HBO for making this happen.”

Said Cuadras, “I wish to thank HBO, K2 Promotions, Mr. Honda and everyone responsible for making this fight.  I am excited to fight in the United States for the first time on HBO and at the legendary Forum in front of the great boxing fans in California.” 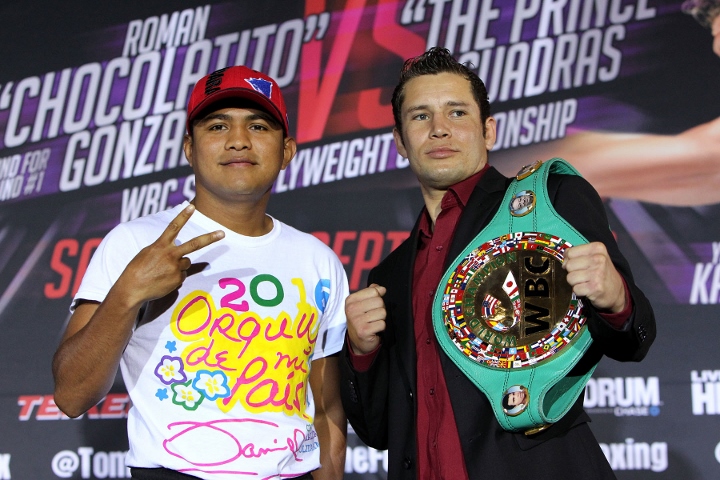 “Roman Gonzalez is a great champion and I have a lot of respect for him.  I will prepare myself to be in the best condition of my boxing career to defend my WBC belt.” 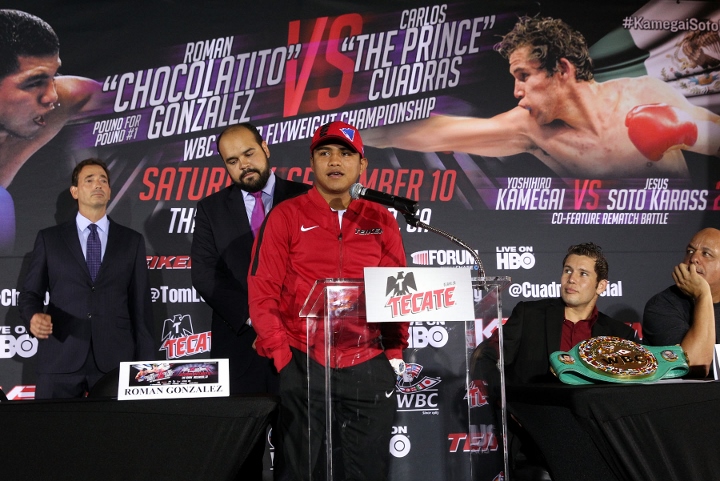 “We’re very excited to bring Roman back to the Fabulous Forum in his first main event at the famed venue,” said Tom Loeffler. “Roman has proven with each fight why he is considered to be the #1 pound-for-pound fighter in the world.” 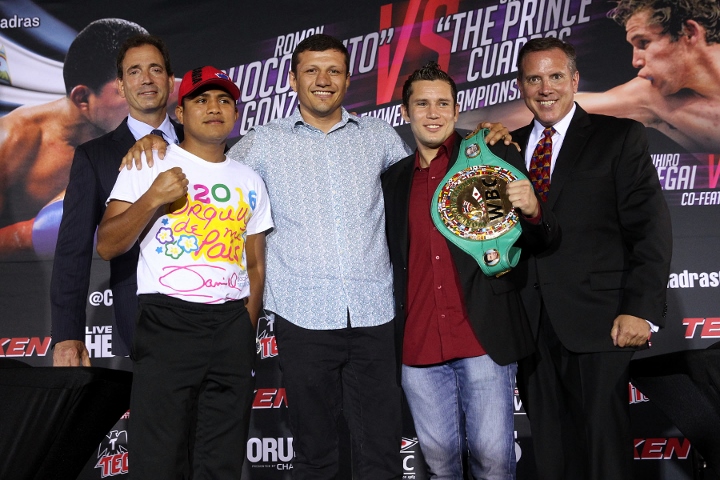 “Challenging an undefeated champion in his fourth weight class will be a great test for Roman and this battle against Cuadras will provide the non-stop action fans have come to expect at his fights.” 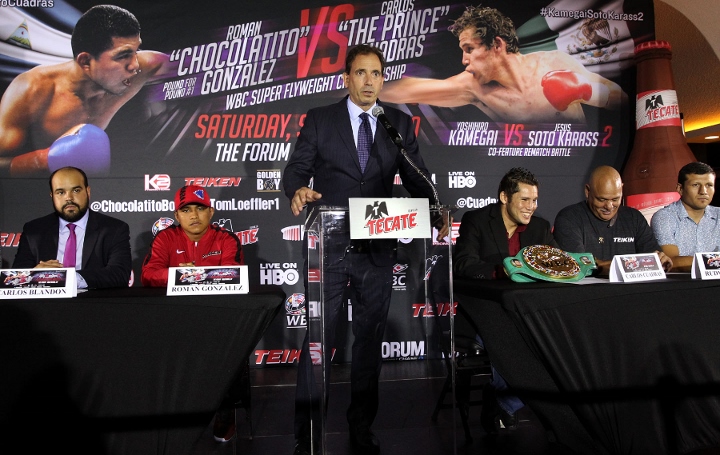 “Esteemed by many as the top pound for pound fighter in the world and the best fighter from Nicaragua since legend Alexis Arguello, Roman Gonzalez is a power-punching three-division champion, hoping to conquer a fourth weight class on September 10 against Carlos Cuadras in a clash of undefeated champs,” said Peter Nelson, Executive Vice President, HBO Sports. “From Golovkin fighting that afternoon in London to Gonzalez fighting that night in Los Angeles, the boxing world will be riveted September 10.” 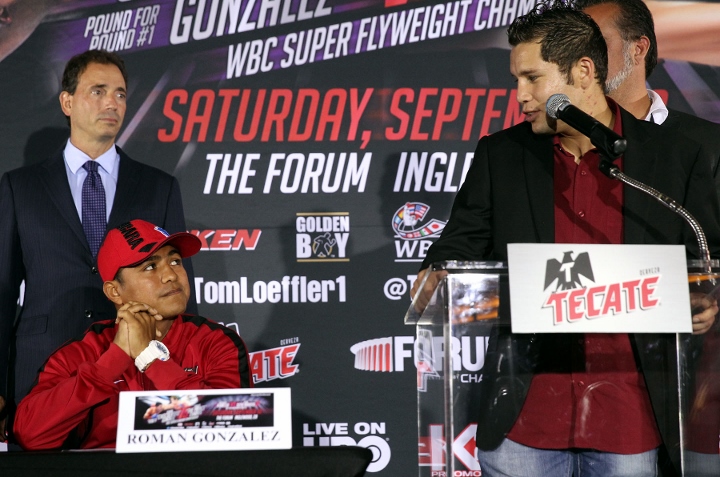 Since his highly anticipated debut on HBO fourteen months ago, the 29-year-old Gonzalez has become a must-see attraction known for his thrilling performances. 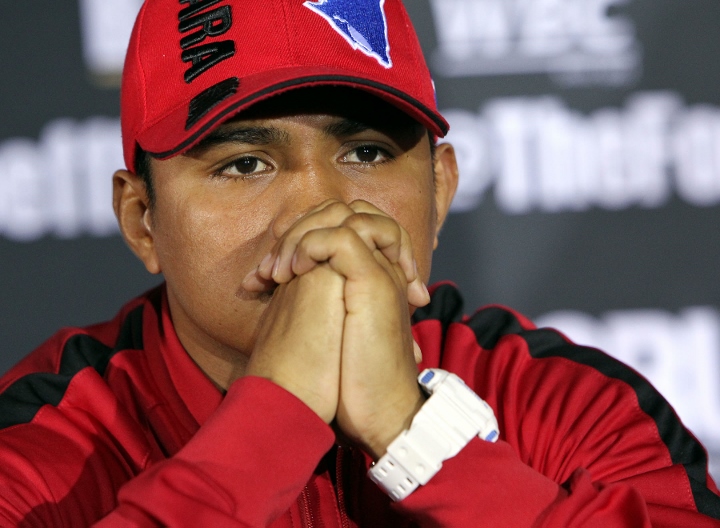 On May 16, 2015, the Nicaraguan native stopped former world champion Edgar Sosa in the second round at the Fabulous Forum drawing a huge crowd in his debut at the famed venue where his mentor Alexis Arguello had also battled in world championship bouts. 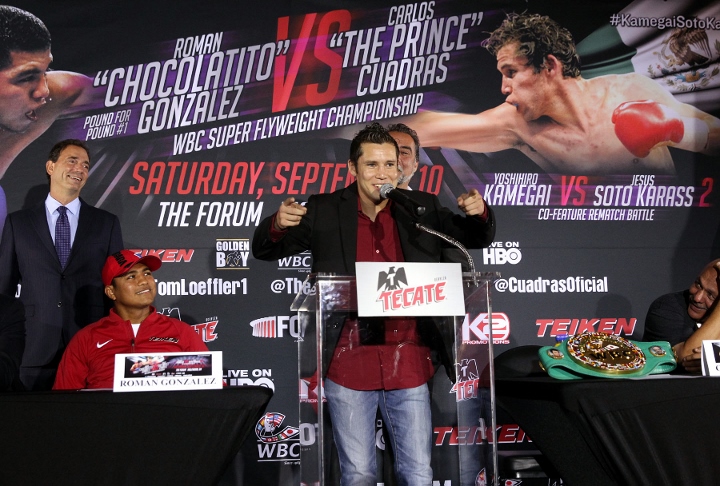 Fighting in front of a sold-out Madison Square Garden crowd of over 20,000 New York City fight fans on October 17, 2015, Gonzalez was brilliant in his ninth round stoppage of four-time world champion Brian Viloria. The victory was punctuated by heavy handed, piston-like combinations which thrilled the local fight fans. 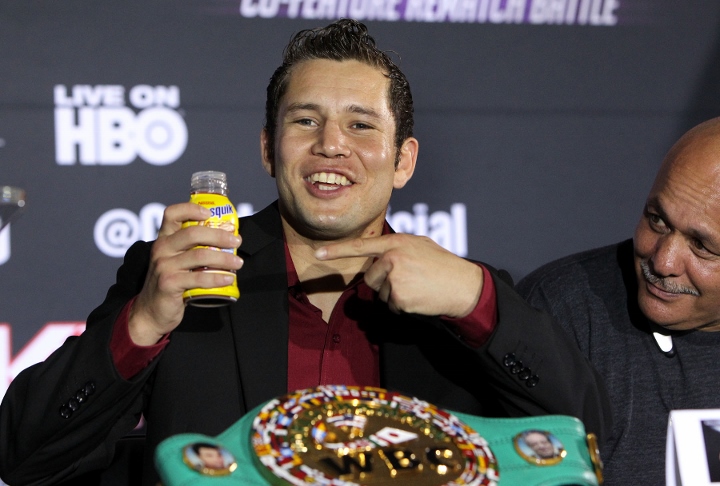 Most recently Gonzalez fought for the second time at the Fabulous Forum, dominating world ranked Puerto Rican McWIlliams Arroyo to a 12-round unanimous decision. The fight was fought in front of a sold-out crowd of 16,353 with the HBO telecast averaging a remarkable 1,001,000 viewers for the co-main event.

Fighting out of Mexico City, the 27-year-old Cuadras became a world champion on May 31, 2014 with an eighth round stoppage of Srisaket Sor Rungvisai in Mexico earning the currently held WBC Super Flyweight World Title.

Cuadras has successfully defended the title six times including against former world champion Luis Concepcion on April 4, 2015, taking a 12-round unanimous decision.

Most recently Cuadras stopped world ranked Richie Mepranum in the eighth round in Los Mochis, Mexico on April 23, 2016.