Frampton will now move forward to a showdown with WBO super featherweight champion Jamel Herring - provided that he beats Jonathan Oquendo on September 5.

Conlan was by far the better fighter. He appeared rusty in the early rounds with wild punches missing the mark. Traynor was landing punches here and there, as Frampton seemed unconcerned with the incoming power. 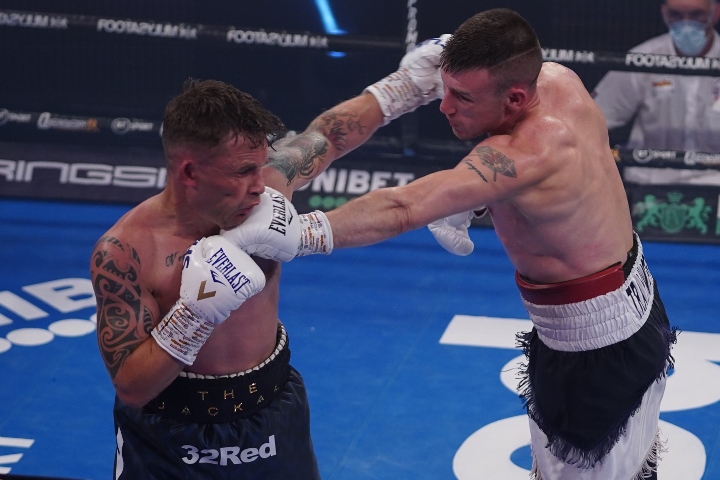 The fight played out like a sparring session at times. After scoring a knockdown in the sixth, it was a weird seventh round, as Frampton caught Traynor with a body shot and Traynor basically gave up and the fight was stopped. 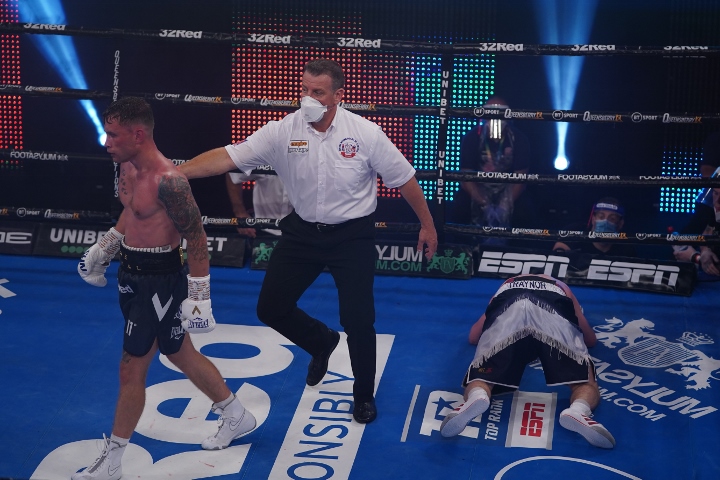 In what might be his final fight at featherweight, Olympian Michael Conlan (14-0, 8KOs) stopped Sofiane Takoucht (35-5-1, 13KOs) in the tenth and final round. 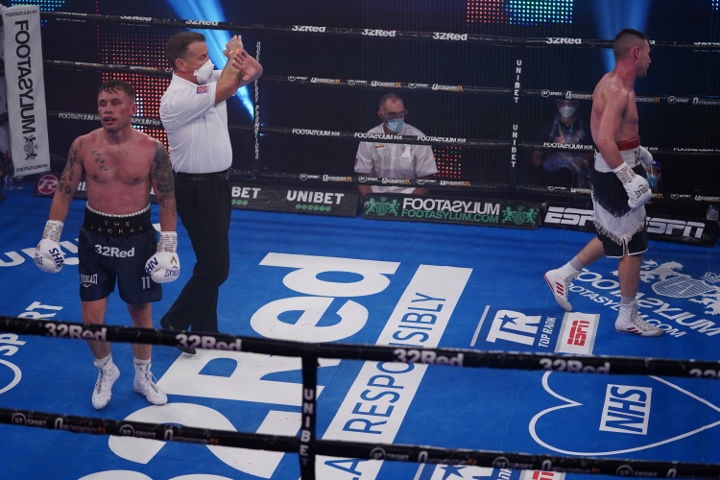 Conlan had no trouble connecting with hard punches early and going to the body, as Takoucht was missing many of his counters. Conlan was digging to the body in second, with Takoucht being defensive and holding often. 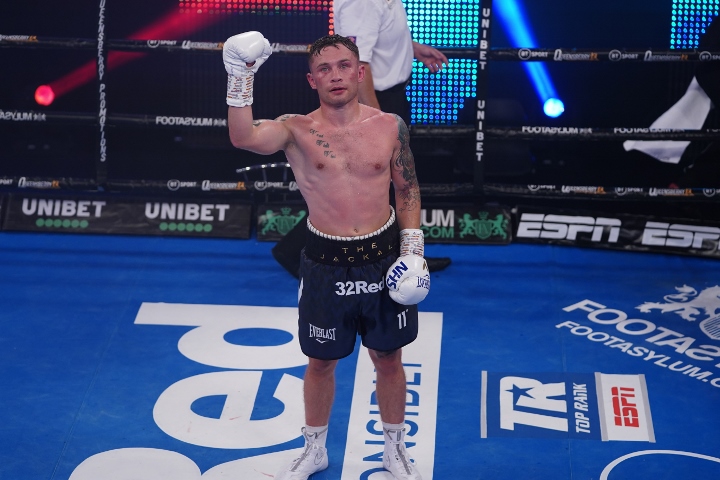 Conlan continued to pound the body hard in the fourth. In the same round, Conlan lost a point for low blows. During the fifth round action, Conlan was once again penalized a point for straying low while throwing body shots. 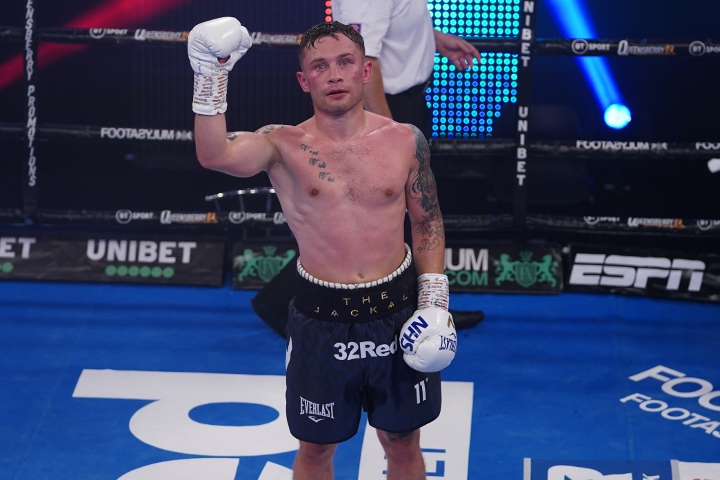 After losing two points, Conlan was not very active and just boxed his way through several of the following rounds. In the tenth and final round, Conlan rocked Takoucht and then jumped on him with big punches until the referee jumped in to wave off the fight. 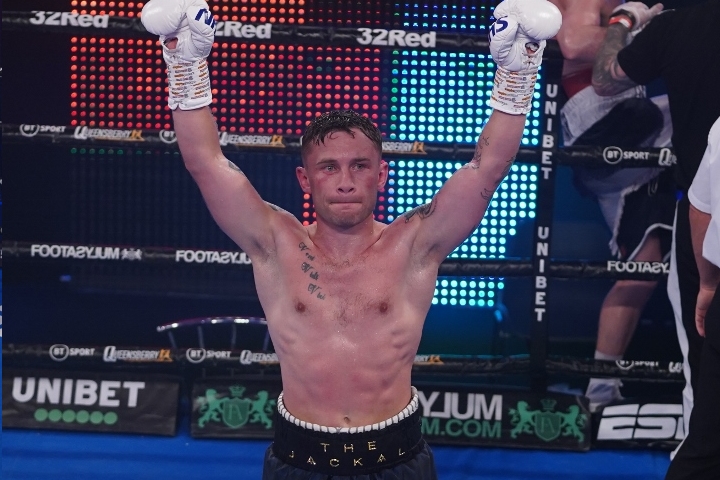 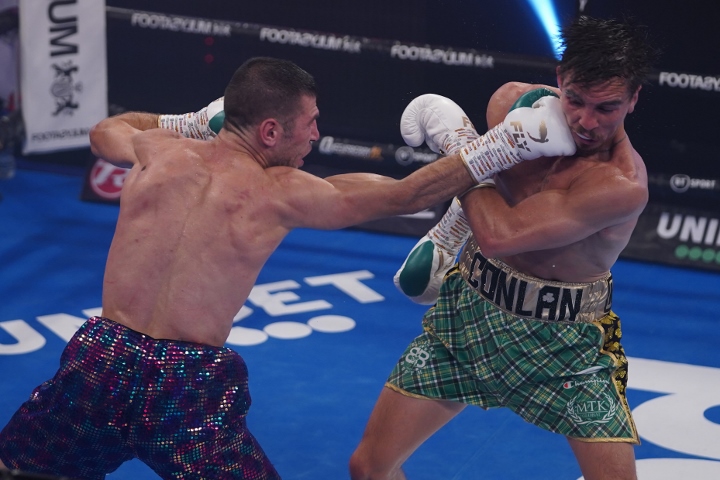 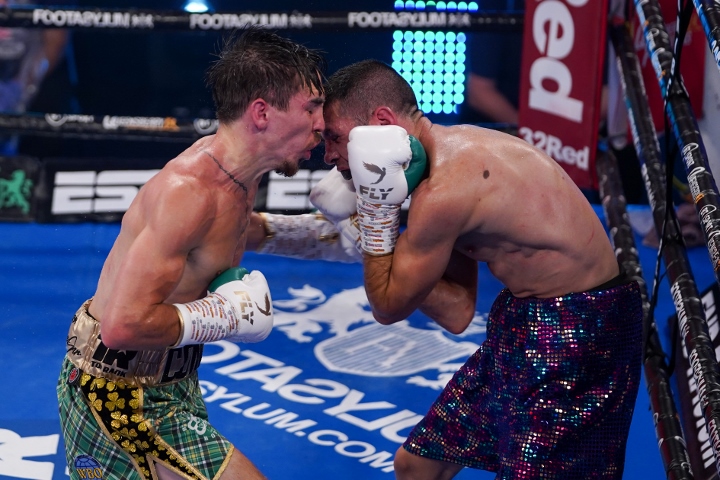 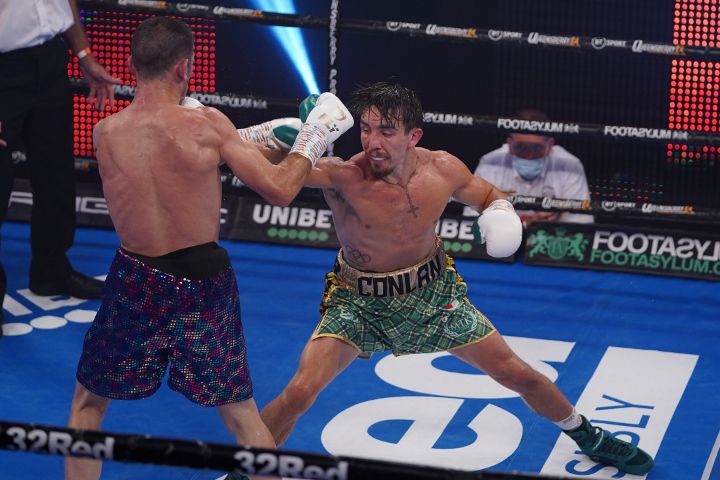 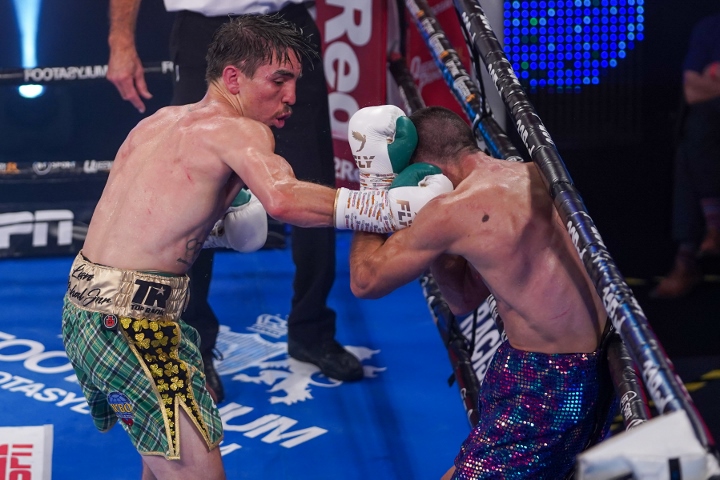 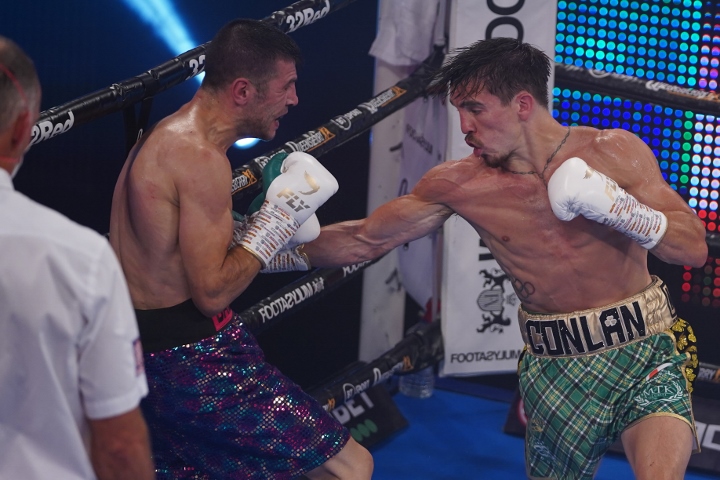 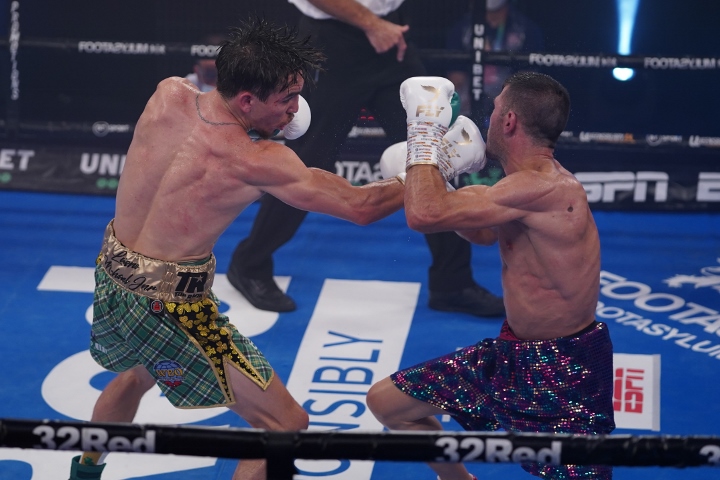 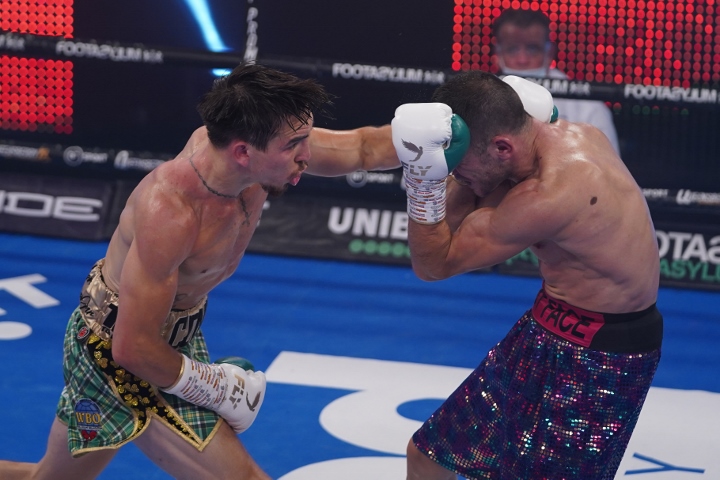 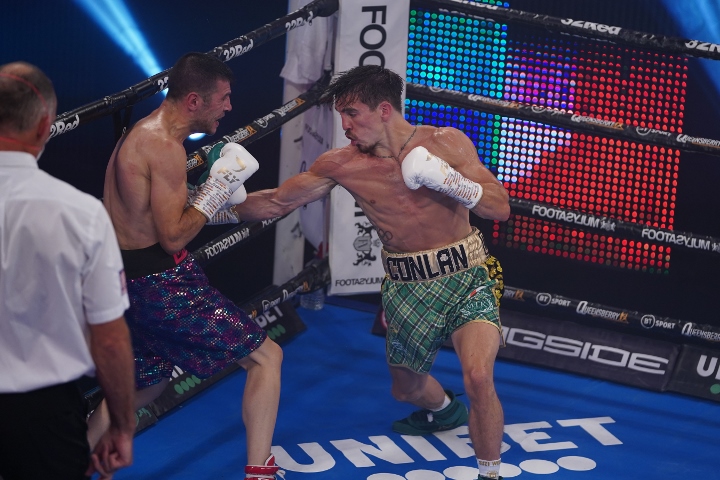 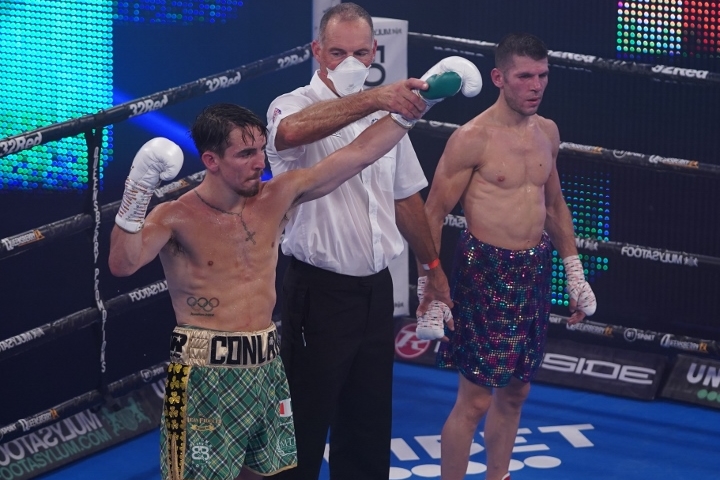 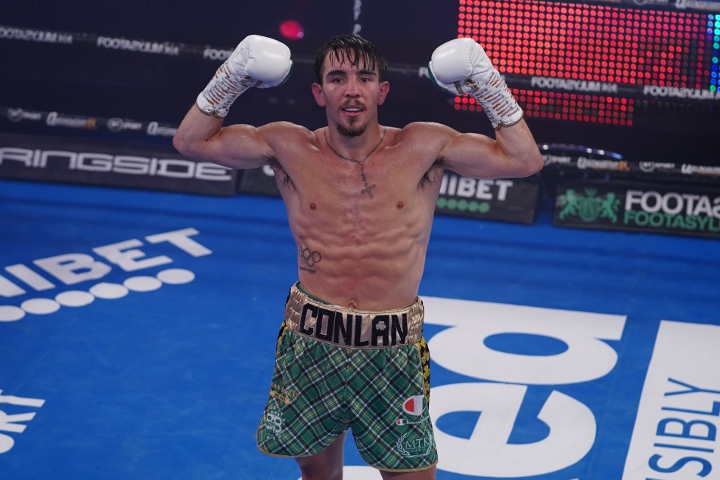