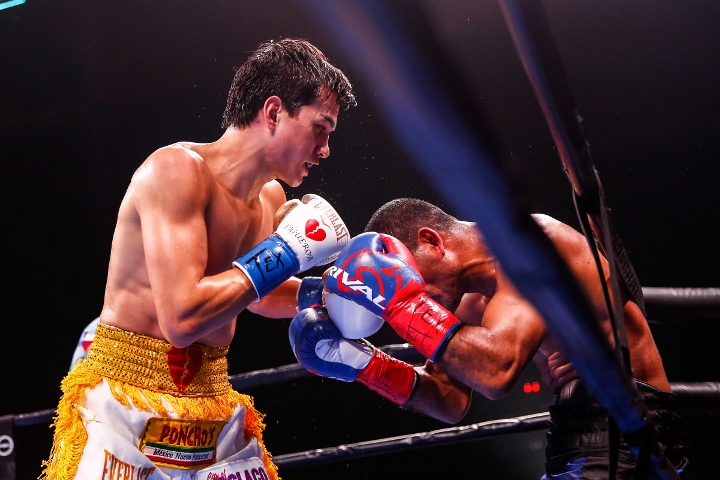 "It was one of the best moments of my life fighting in front of my family and supporters who have been with me since I was seven years old," said Figueroa. "I want to do this again and again, over and over. These are my people and it feels amazing." 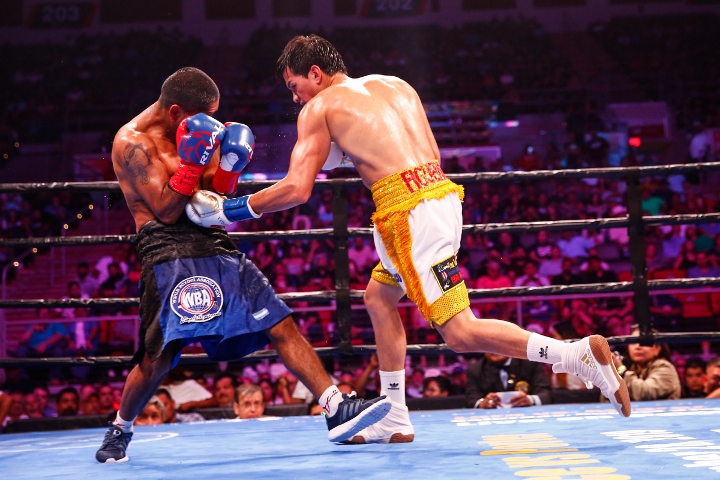 Fighting near his hometown of Weslaco, Texas, Figueroa dominated in making the first defense of his interim title that he won in April. Known for his aggressive style and tendency to fight on the inside, Figueroa lived up to his reputation and threw punches in bunches across the four round fight. 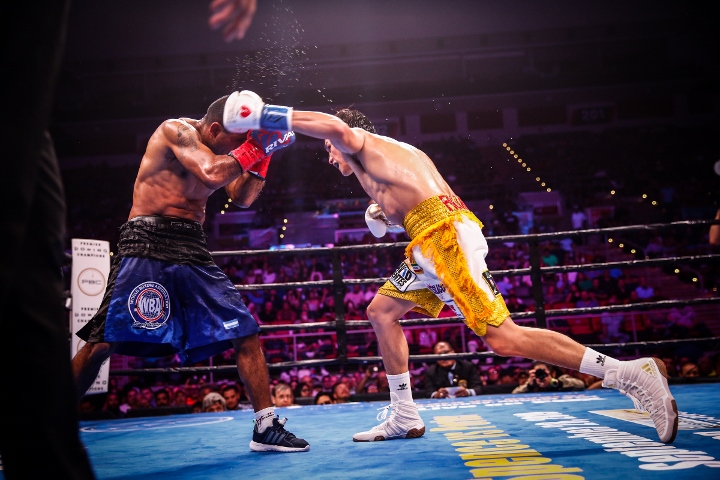 The 22-year-old Figueroa targeted the body early and often, while opening up and showing a more varied attack as the fight went on. Argentina's Chacon was tentative offensively, landing an occasional uppercut, but nothing that was able to slow his opponent. Figueroa held a staggering 96 to 18 advantage in punches landed. 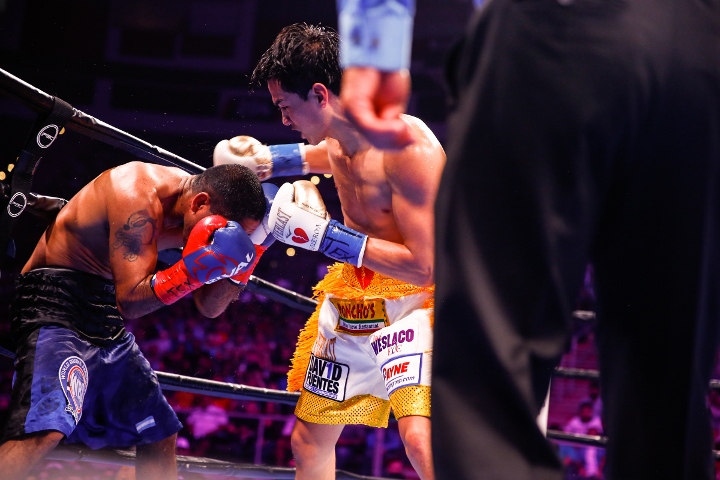 "He wasn't throwing punches so I had to get in there and rough him up," said Figueroa. "He didn't want to fight my game so I had to punish him and I caught him with a good right hook." 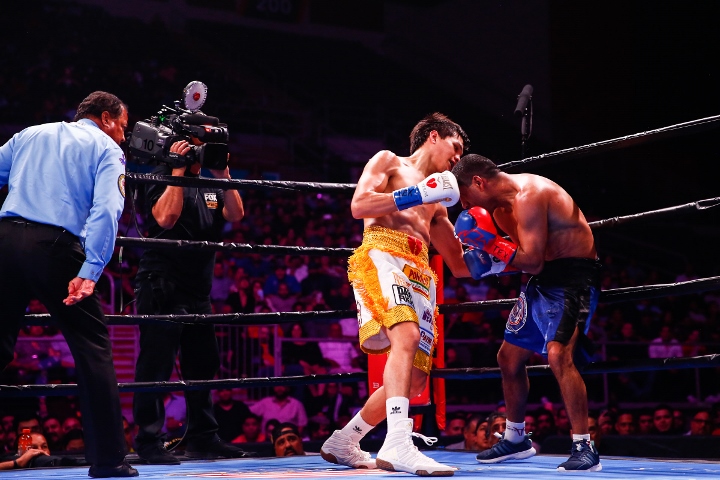 Late in round four, Figueroa once again had Chacon up against the ropes and this time delivered the decisive blow in the form of a right hook that clearly stunned Chacon. Figueroa followed up and put Chacon on the mat, forcing the referee Rafael Ramos to waive off the bout 2:00 into the round. 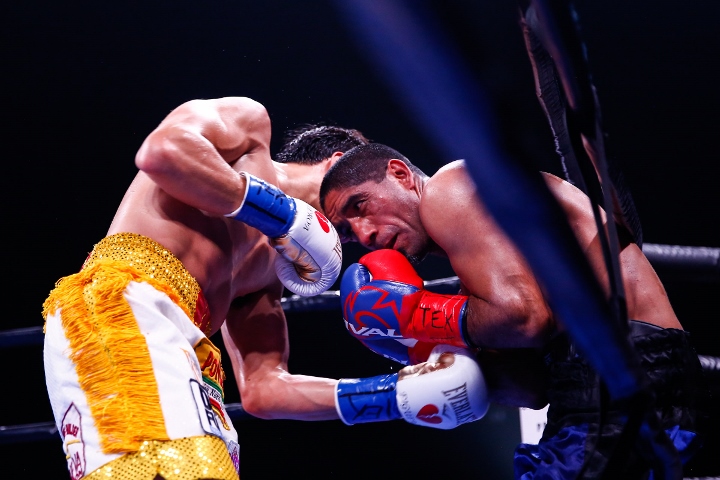 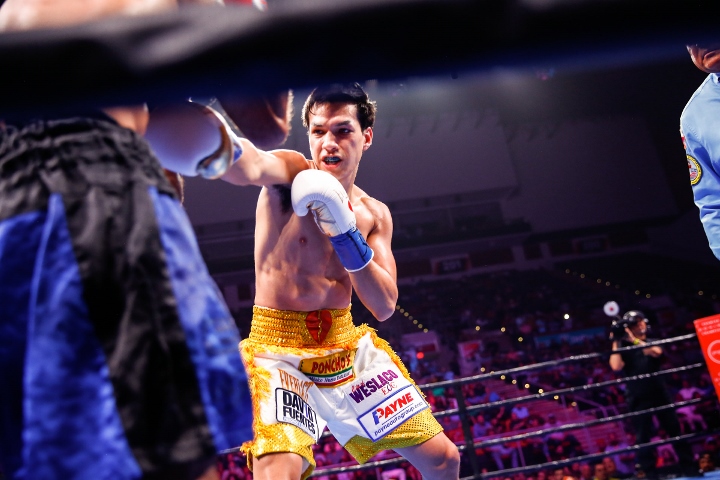 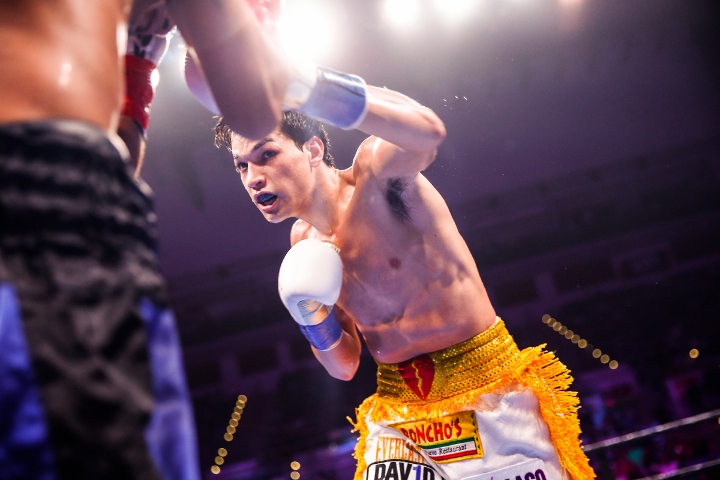 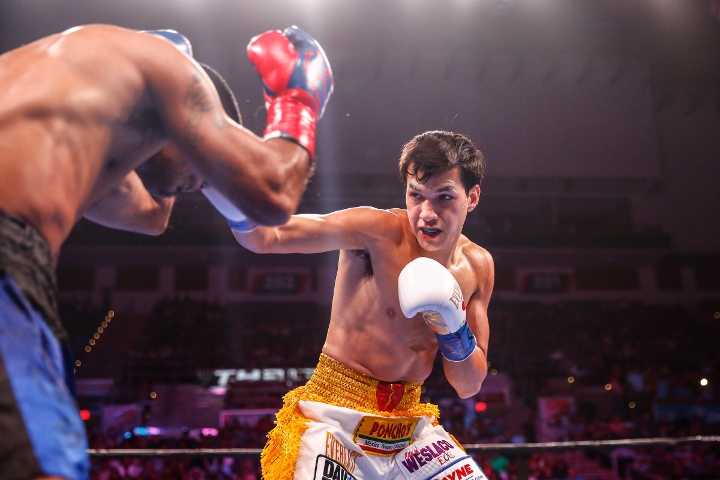 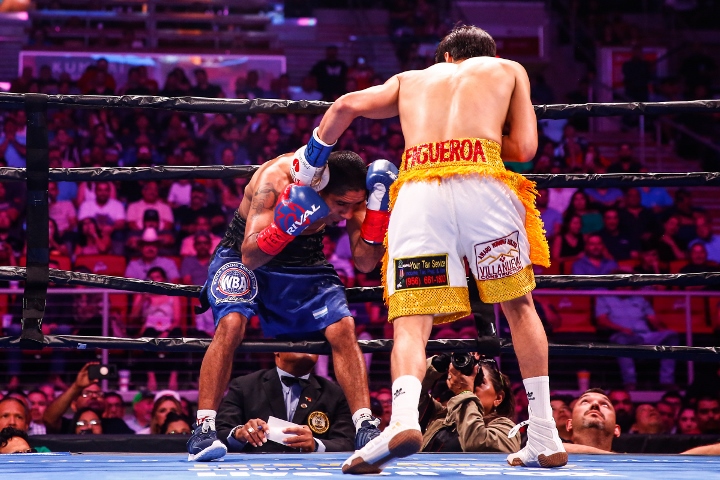 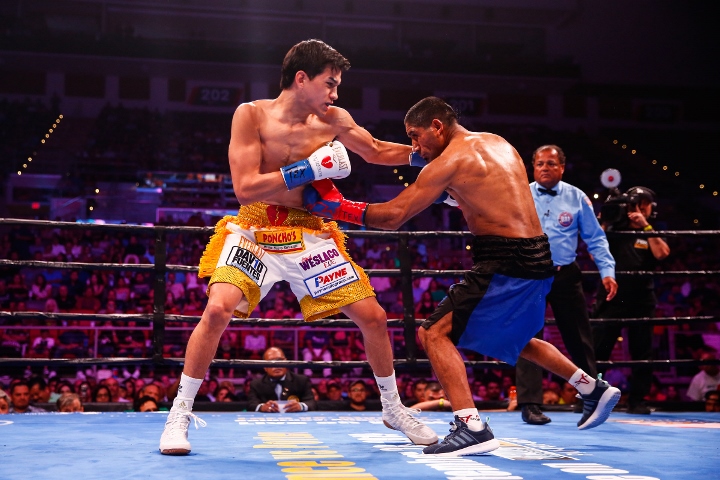 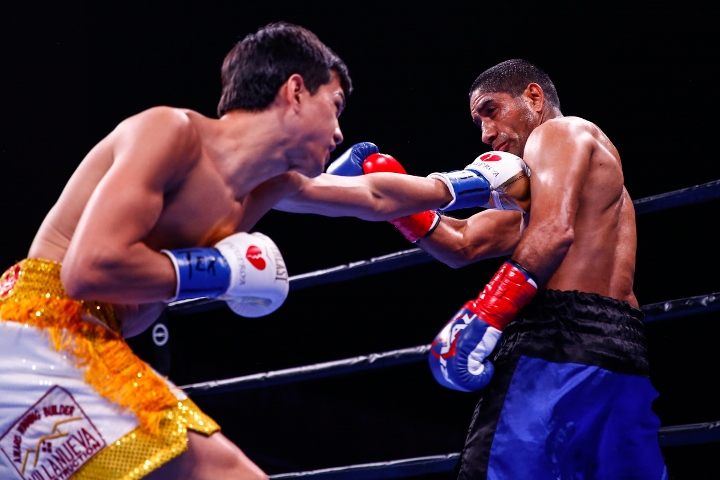 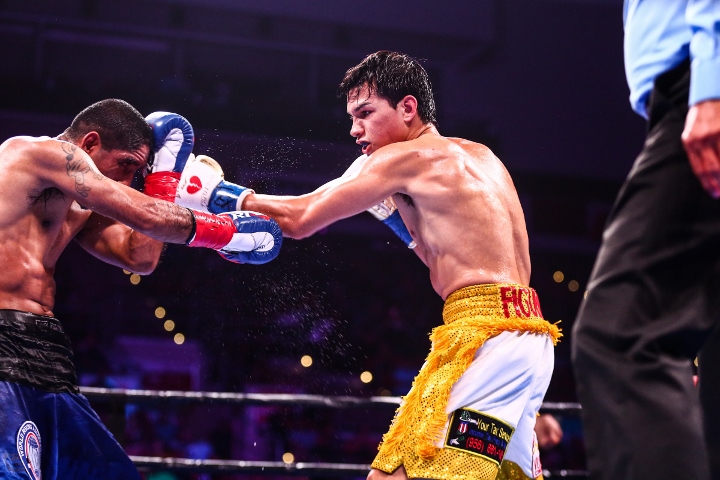 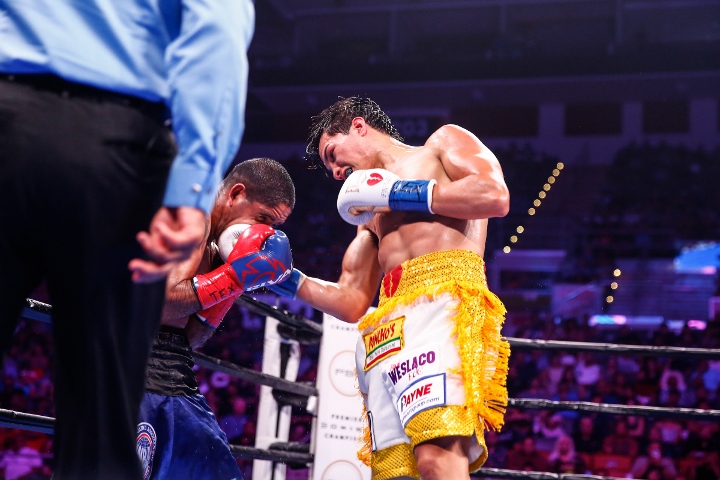 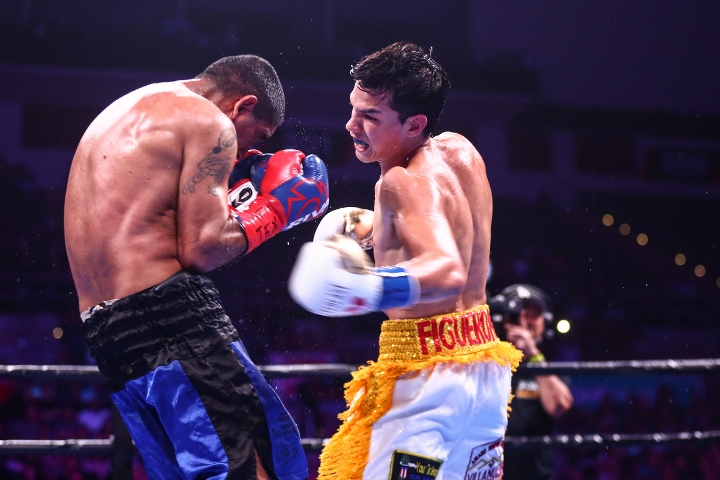 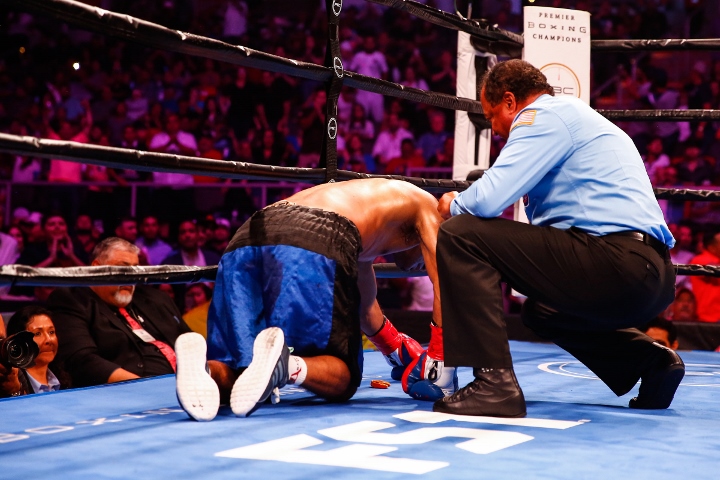 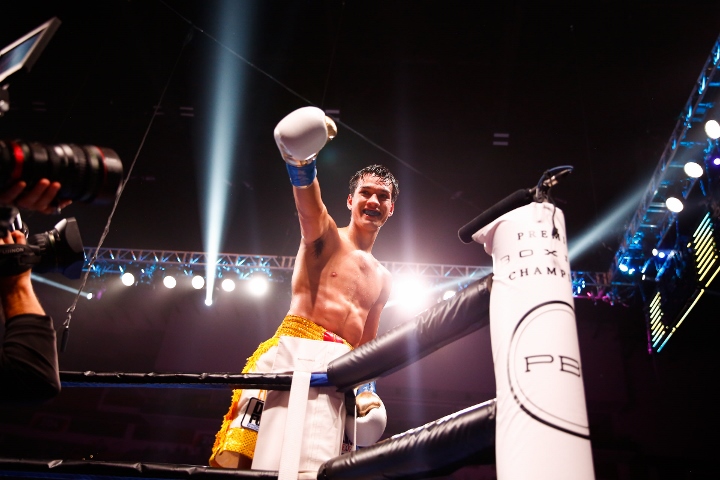 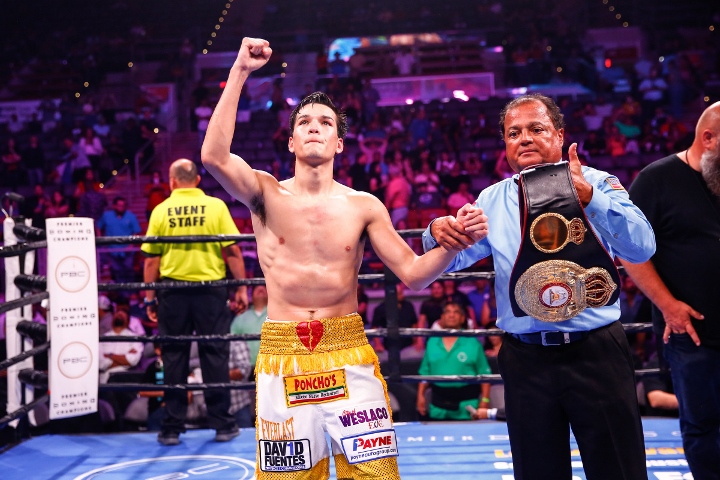 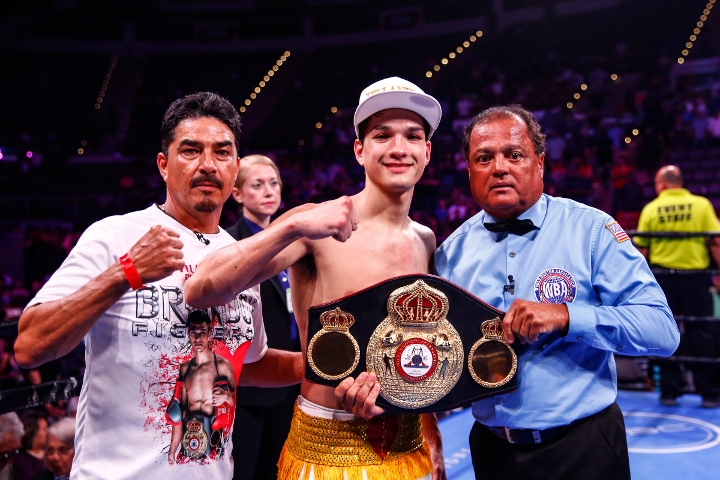 I like how 12/15 of the photos of the fight action Chacon has his guard up. Pretty good photojournalism at least since it tells the story of the fight quite well.

I'm so glad all the PBC fighters are always inactive, otherwise we'd have Figaroa come back soon to fights like this. No thank you.

What was that? He pummeled him with no care or style. The Philly guy looked better by a mile.

[QUOTE=Rigpig;20013439]You know your in tough when your opponent is wearing a pair of adidas street shoes.[/QUOTE]Wow - nice catch... My coach would’ve given me a slap for wearing street shoes up in the ring