Mohegan Sun, CT. - In a clash for the WBA "regular" super bantamweight title, Brandon Figueroa (21-0-1, 16 KOs) retained the title with a stoppage of a very game Damien Vazquez (15-2-1, 8 KOs) in the tenth round. (photos by Amanda Westcott) 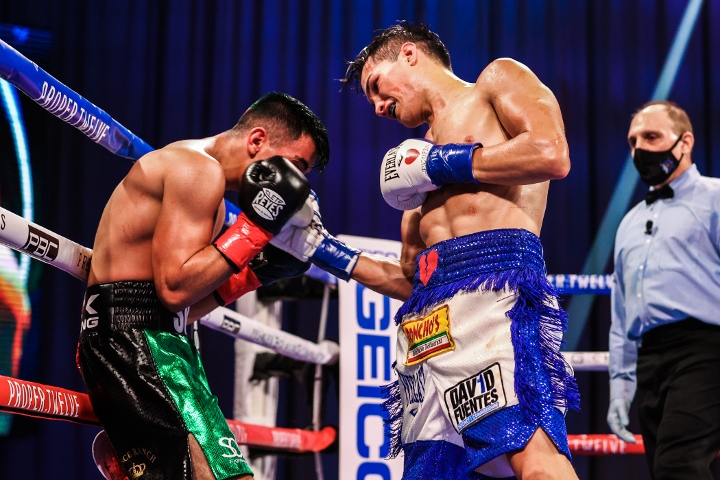 Vazquez was landing some heavy blows in the first round, forcing Figueroa to stand and trade. The jab by Vazquez was giving Figueroa fits early on. In the second round, Figueroa was coming back with hard punches of his own to force Vazquez back. 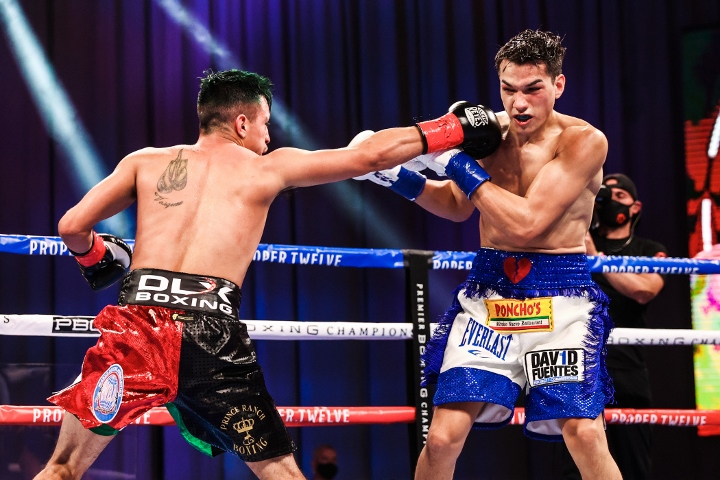 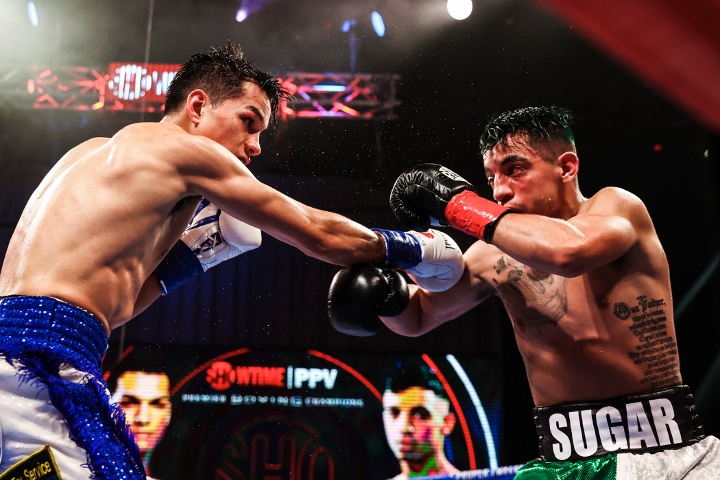 Figueroa was taking things over in the fifth, pushing the pace and landing shots on Vazquez, who was slowing things down and starting to rally back in the final minute by boxing. It was more warfare in the sixth. The right eye of Vazquez was swelling up and closing, but he had the edge in connected hard shots. 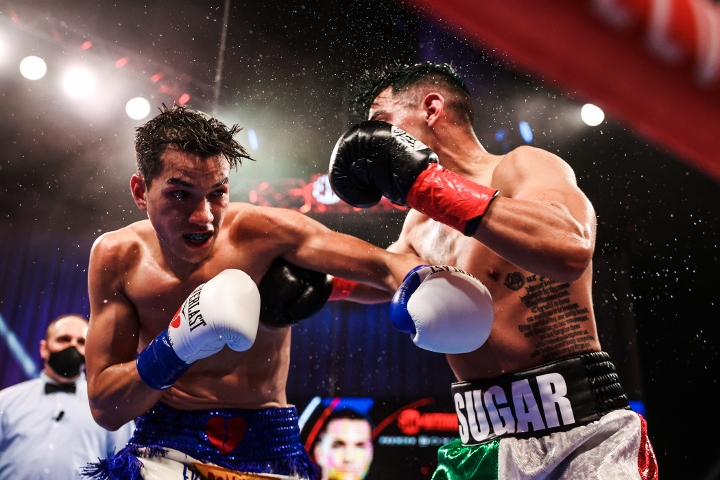 In the eight, Figueroa was really busting up Vazquez and hurt him with several hard shots. Vazquez's face was swelling up, he was bleeding from the nose and mouth. Figueroa was punishing him some more in the ninth. Vazquez was starting to take a beating from Figueroa. 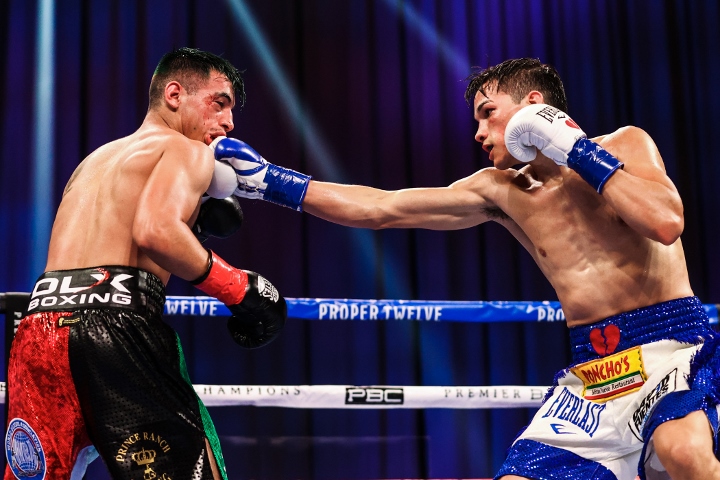 Vazquez was using the jab and boxing to get away from Figueroa's fire in the tenth. But Figueroa began to punish him some more and the fight was stopped. 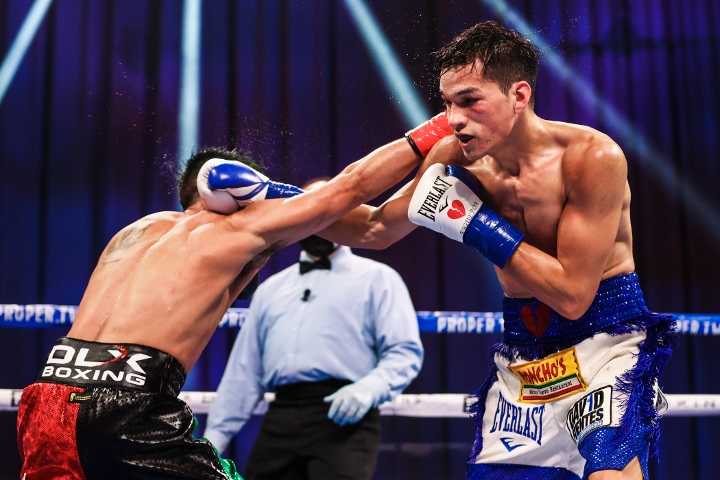 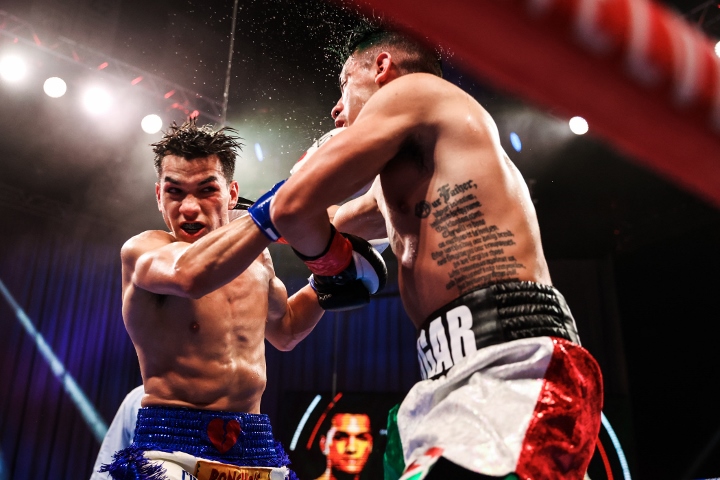 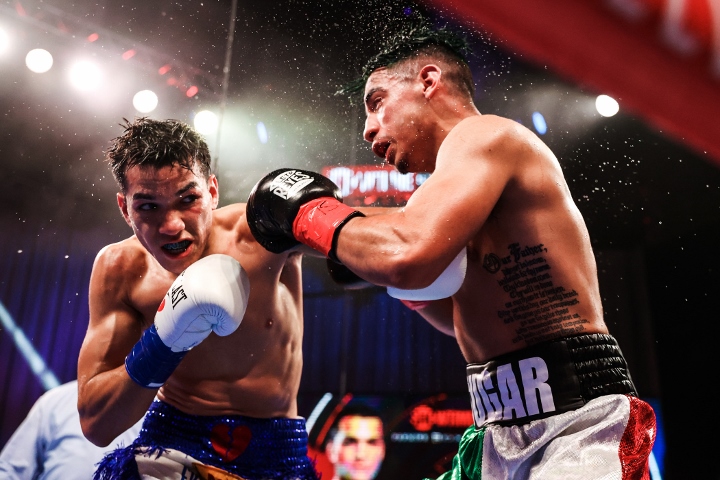 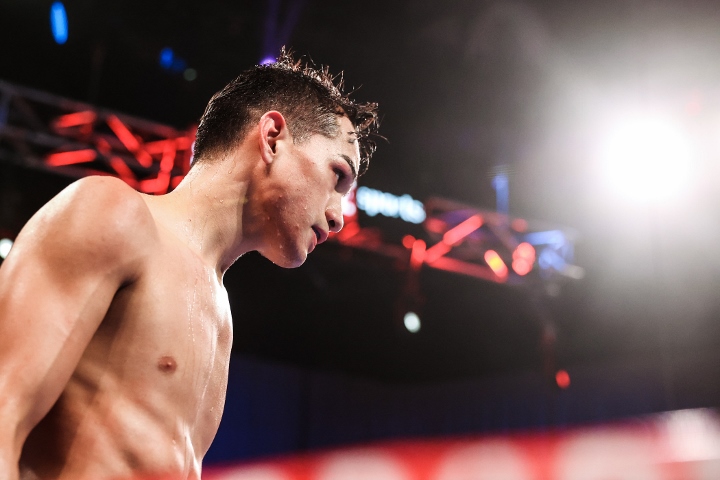 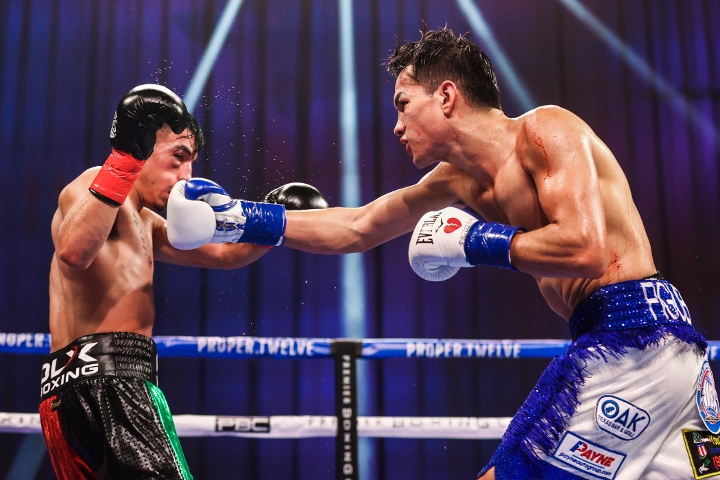 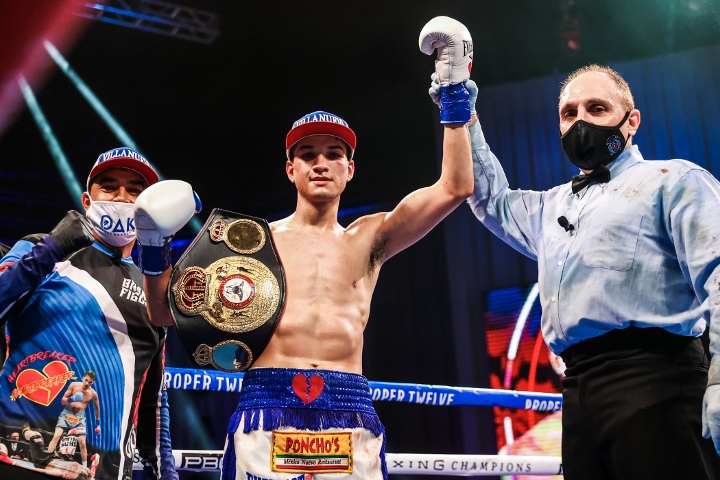