No April fooling around today inside the gym of 5-time World Champion Timothy "Desert Storm" Bradley as he and his team held a open workout Friday afternoon for media and his fans in the Coachella Valley. Photo Mikey Williams Top Rank. 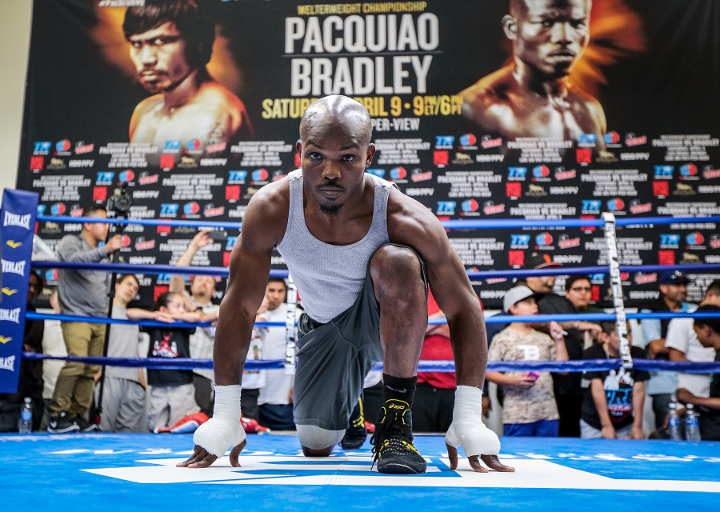 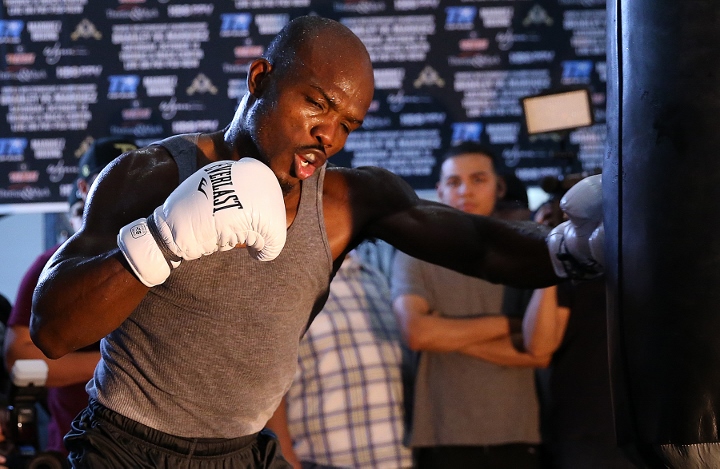 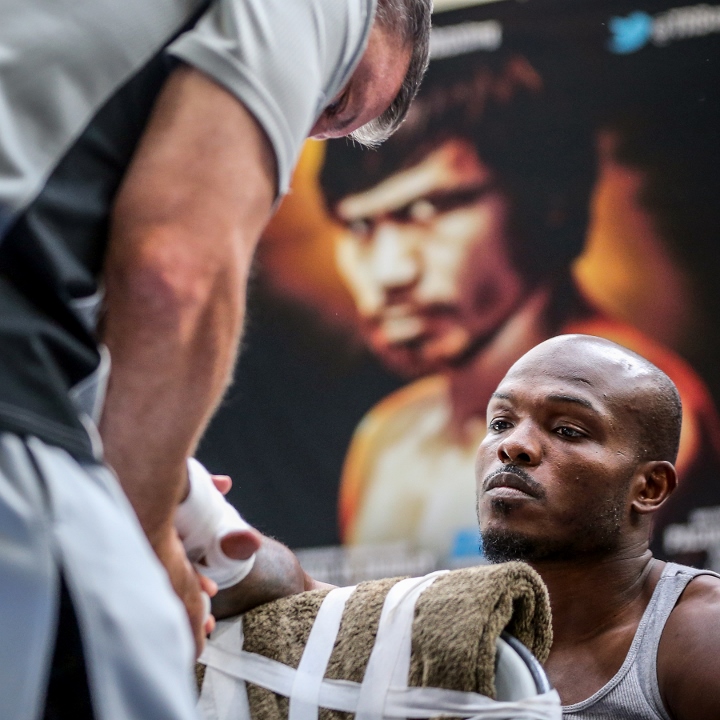 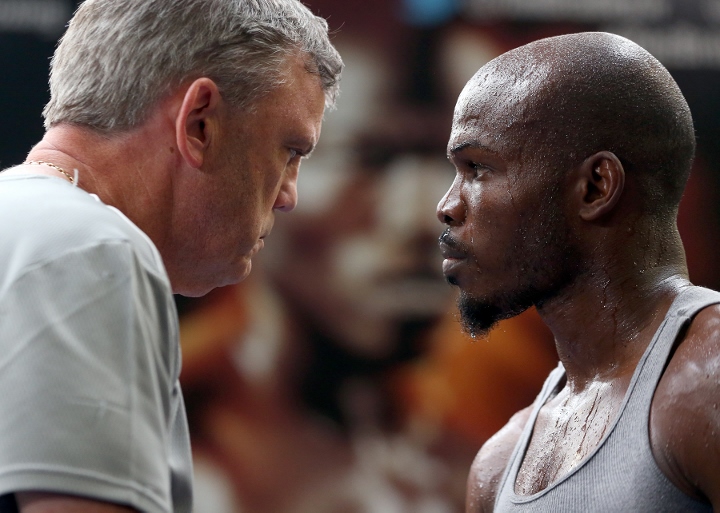 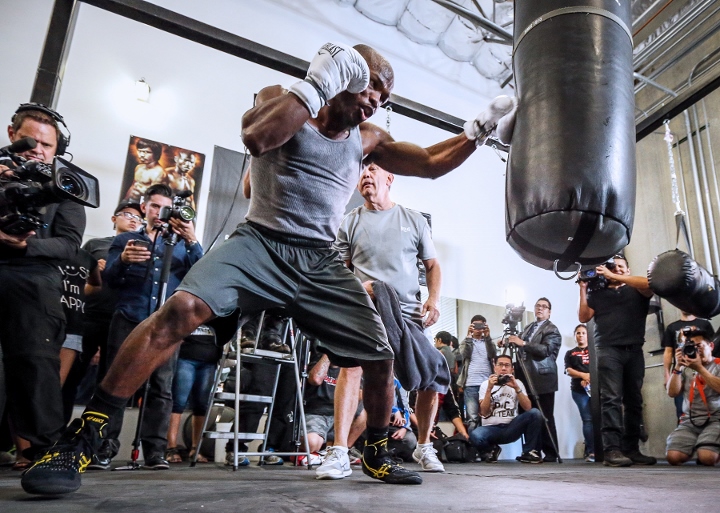 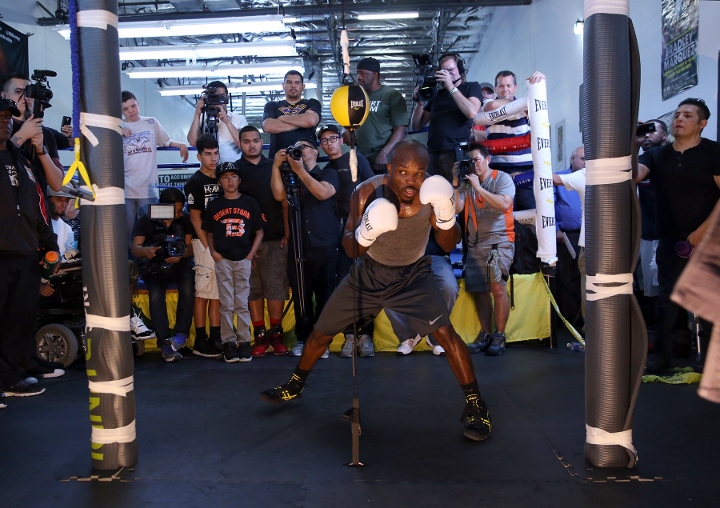 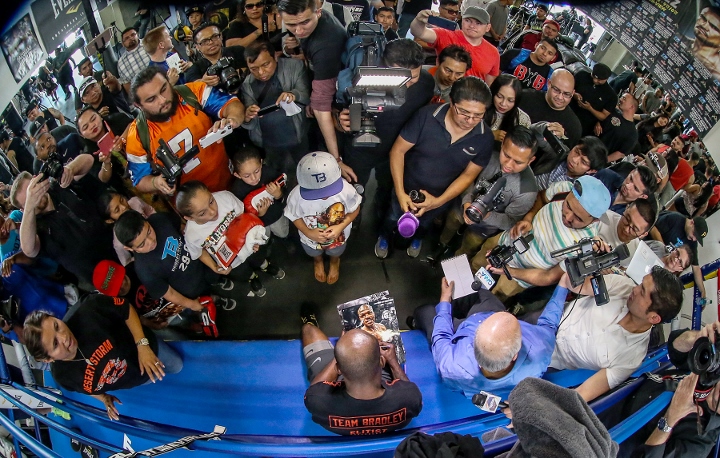 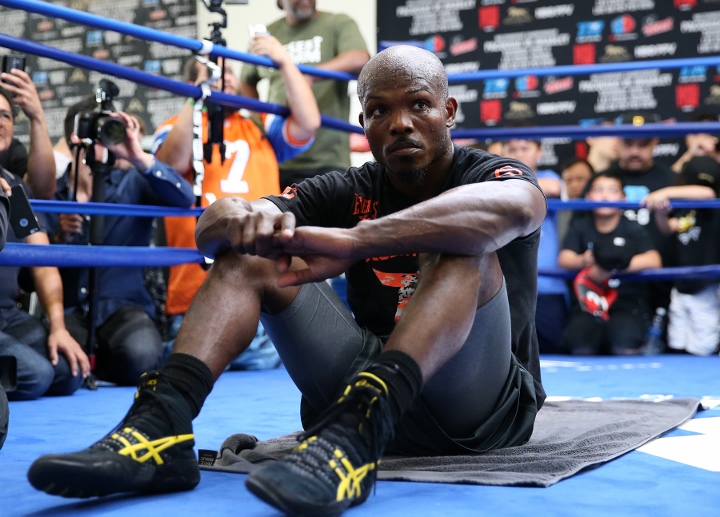 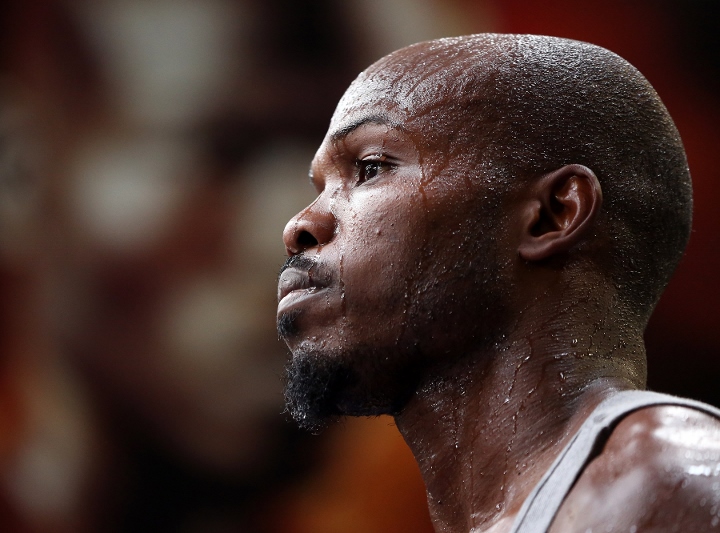 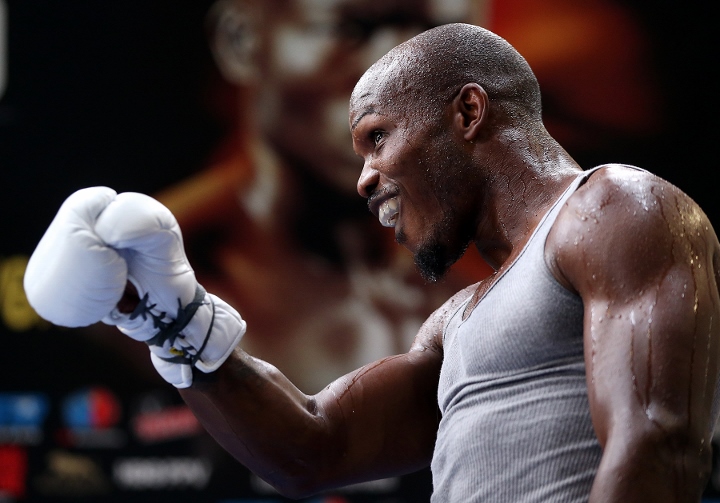 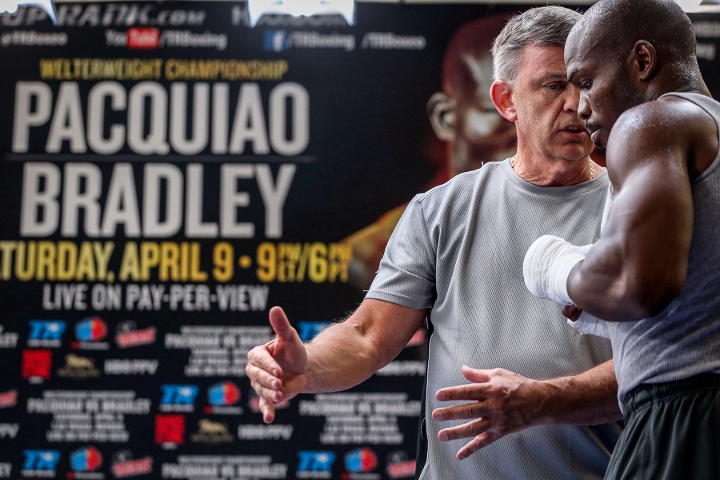 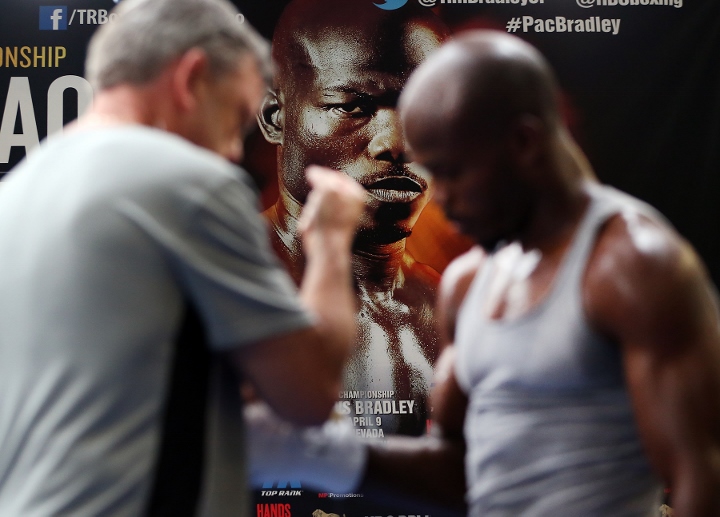