By Francisco Salazar, photos by Zanfer and Main Events 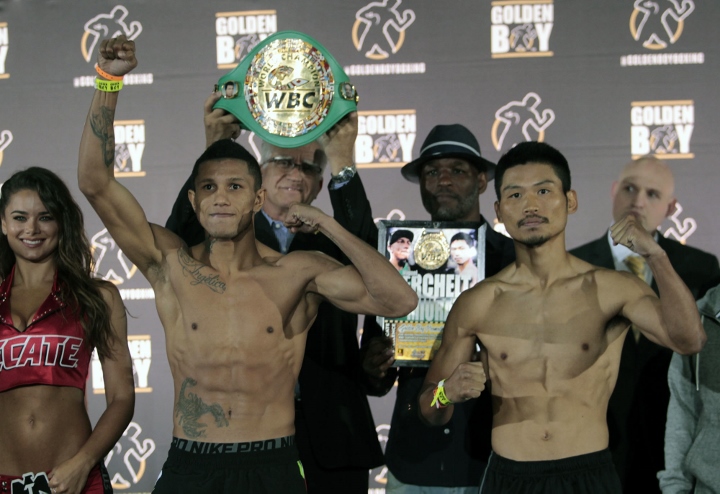 Berchelt has won his last 10 bouts, all by knockout. Miura will attempt to win the WBC title that he lost to Francisco Vargas in November of 2015. 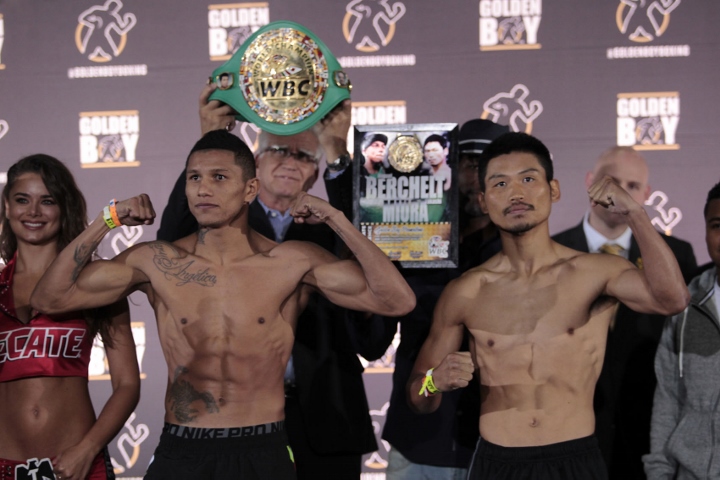 Another junior lightweight will defend his world title belt on Saturday. Jerzeel Corrales (21-1, with 8 KOs), who recently signed a promotional deal with Golden Boy Promotions, will defend his WBA title against Robinson Castellanos (24-12, with 14 KOs). 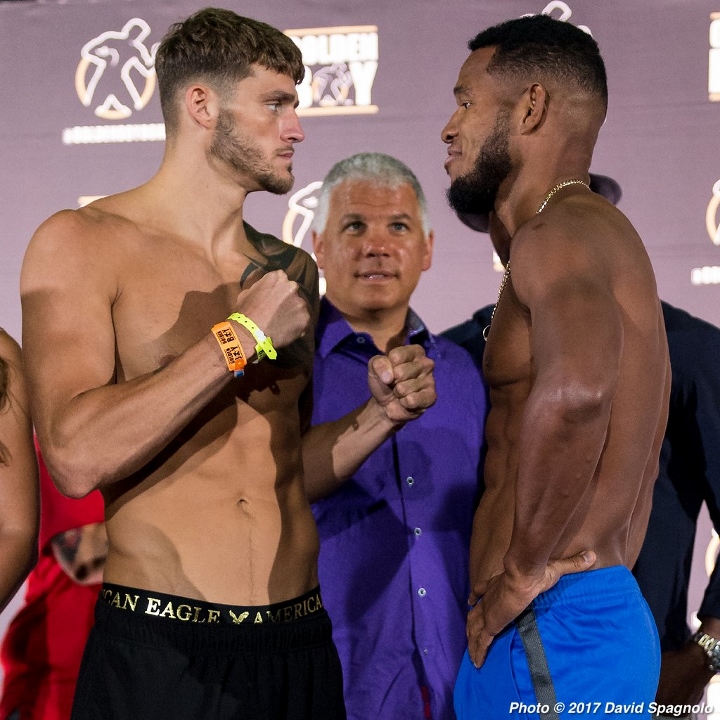 Corrales weighed 129.6 pounds, while Castellanos, who stopped Yuriorkis Gambia on May 5, weighed 129.4 pounds. 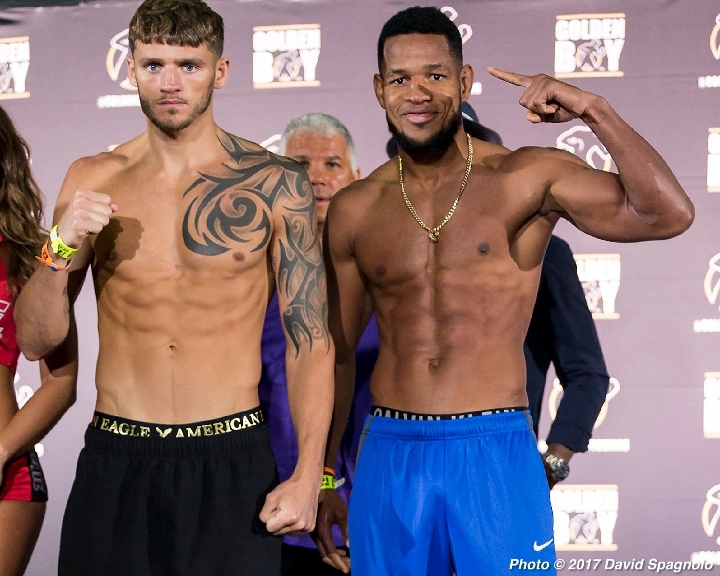 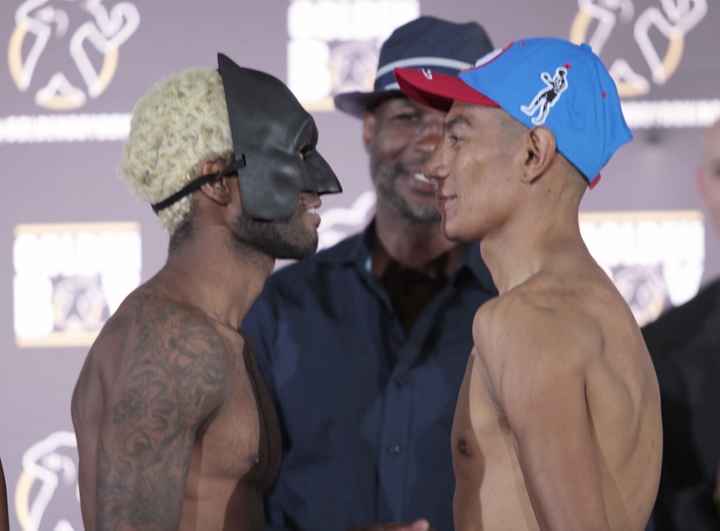 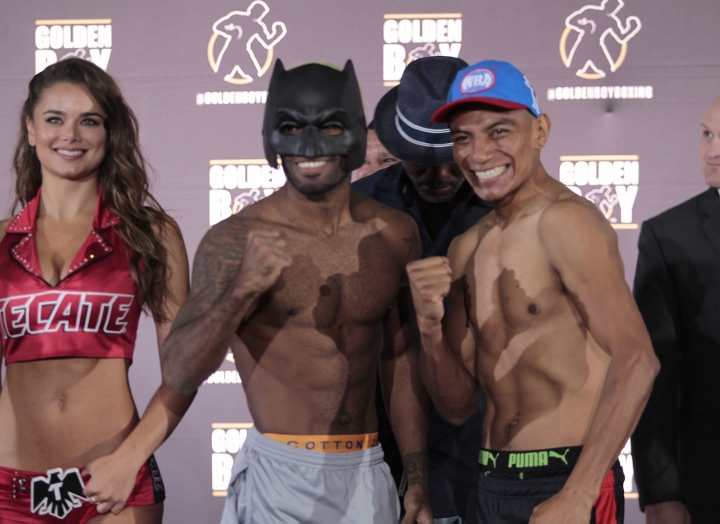 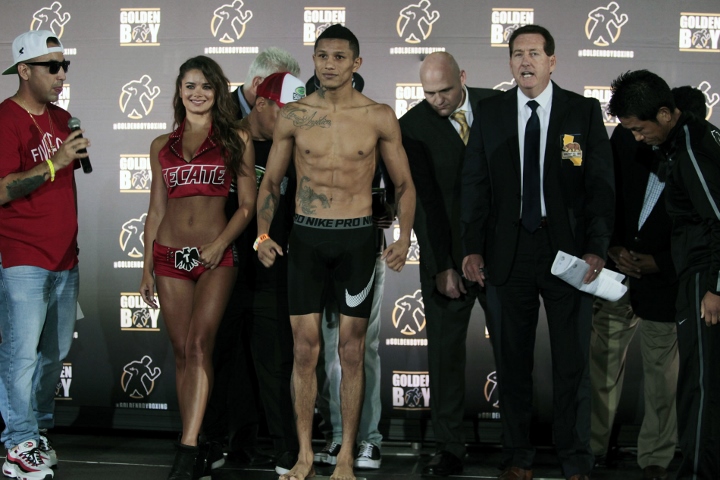 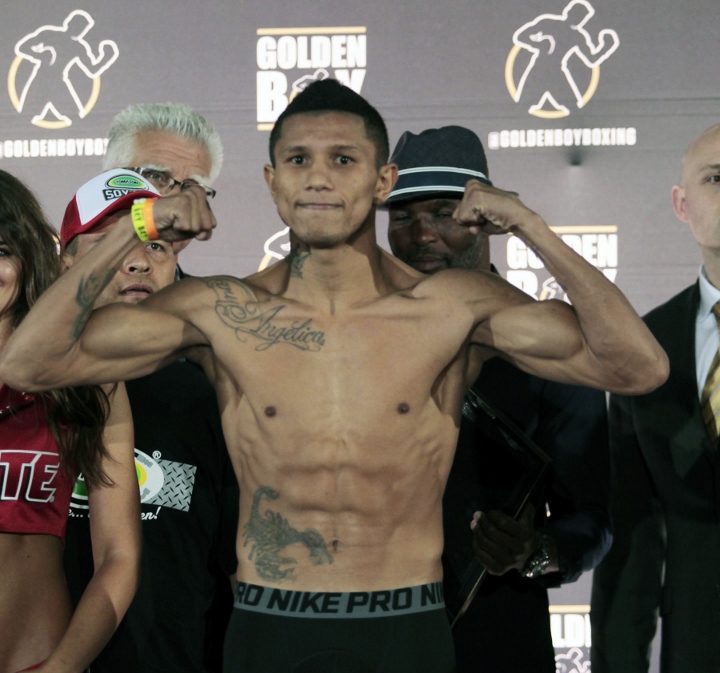 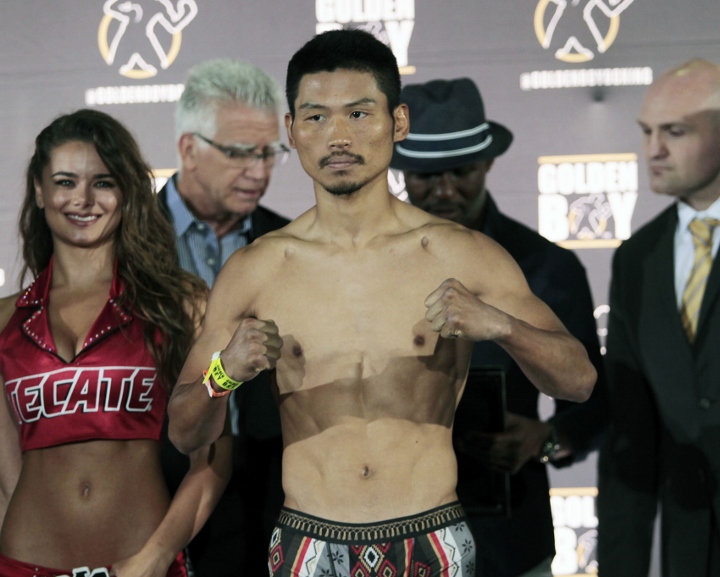 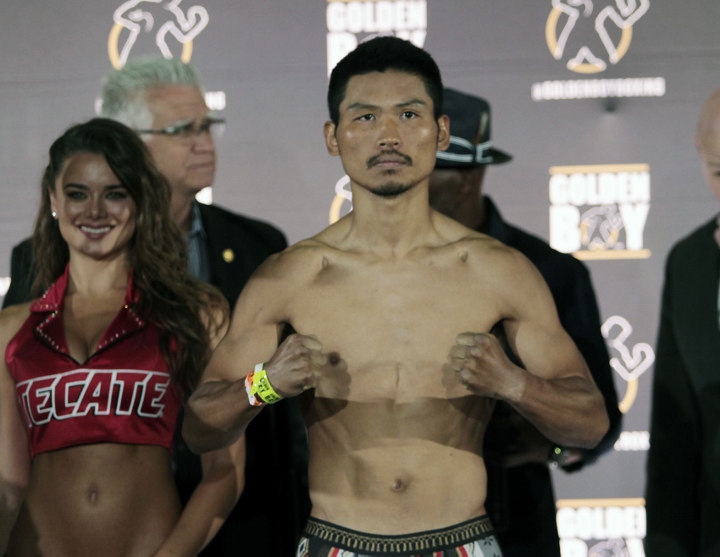 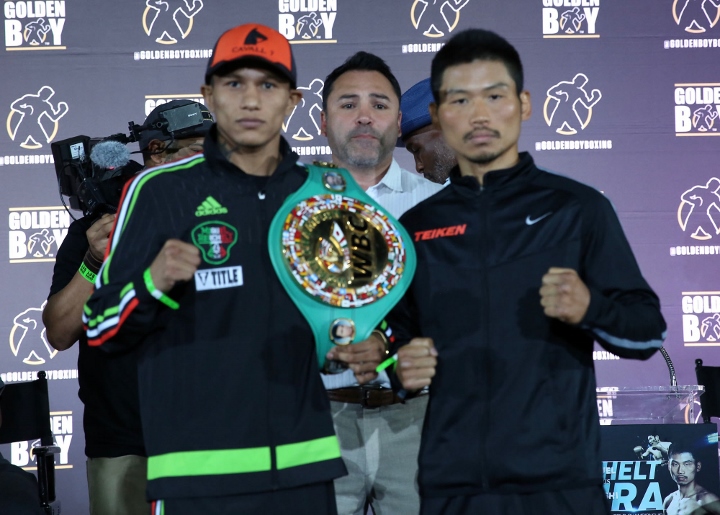 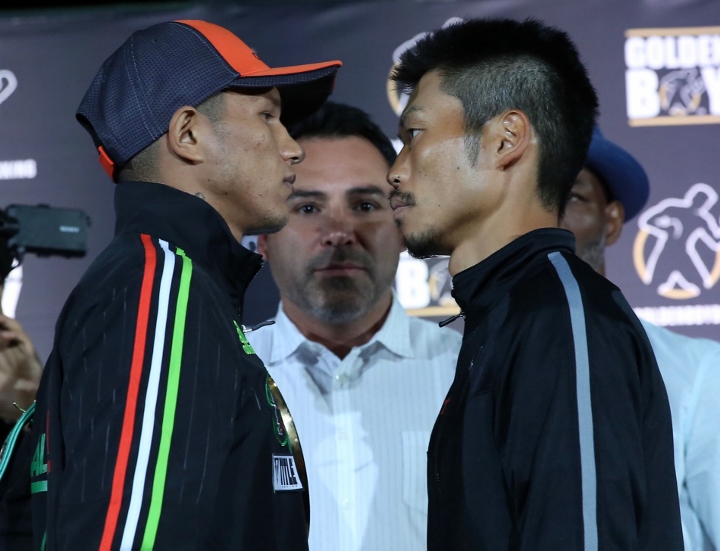