Photos: Baranchyk vs. Taylor, Inoue vs. Rodriguez - Face To Face

WBSS Super-Lightweight and Bantamweight Semi-Finalists Josh Taylor and Ivan Baranchyk and Naoya Inoue and Emmanuel Rodriguez met at the final press conference ahead of Saturday’s showdowns of the unbeatens at The SSE Hydro. 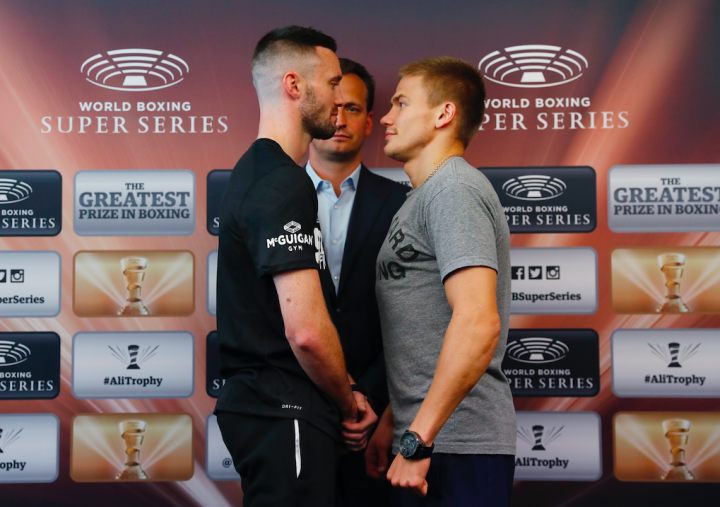 “I’m ready to do the job. Baranchyk is strong, he comes forward but I see a lot of flaws in him, a lot of mistakes and I'm going to exploit him. I cannot wait to get in and fight him.

‘"The World Boxing Super Series is the best guys in boxing all fighting against each other. It doesn't happen enough and I'm in this game to prove I'm the best. I believe Baranchyk is one of the best in the division but I'm fully confident I'm going to win on Saturday.” 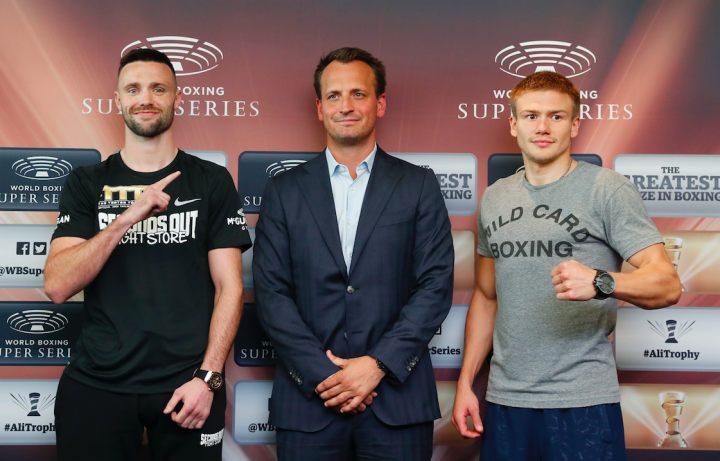 “I don’t mind being the visiting fighter,” said the IBF titleholder, Ivan ‘The Beast’ Baranchyk (19-0, 12 KOs). “I will fight every man, everywhere and I believe I can knockout Taylor on Saturday.”

The bantamweights felt equally confident of not letting their O’s go either. 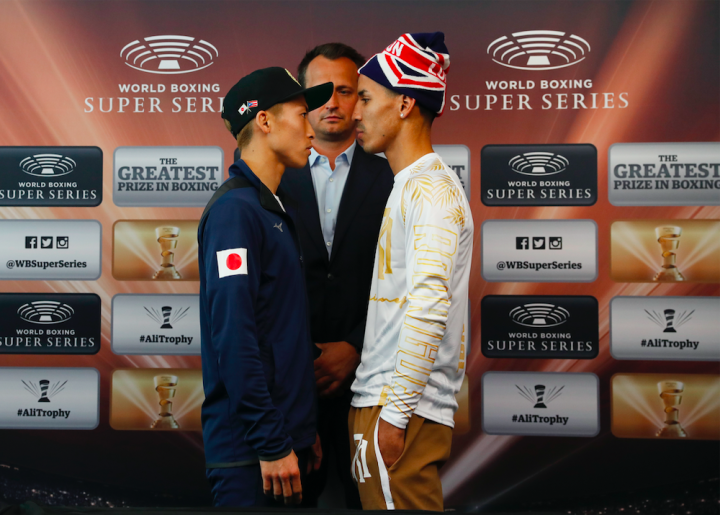 “I have a lot of respect for Rodriguez and I expect a tough fight,” said WBA champion Naoya ‘Monster’ Inoue (17-0, 15 KOs). “I have studied him quite a bit, but you don’t really know him until you get in the ring. Once we are there I will figure out how to get the victory,” he said feeling confident of going all the way; “I entered the tournament to get the trophy.”

“I am very excited to be here,“ said IBF champion Emmanuel ‘El Sensacional' Rodriguez (19-0, 12 KOs) who is putting his belt on the line on Saturday. “This fight with Inoue is something we wanted for a long time, so we are glad it’s happening. On May 18 I will still be the world champion!” 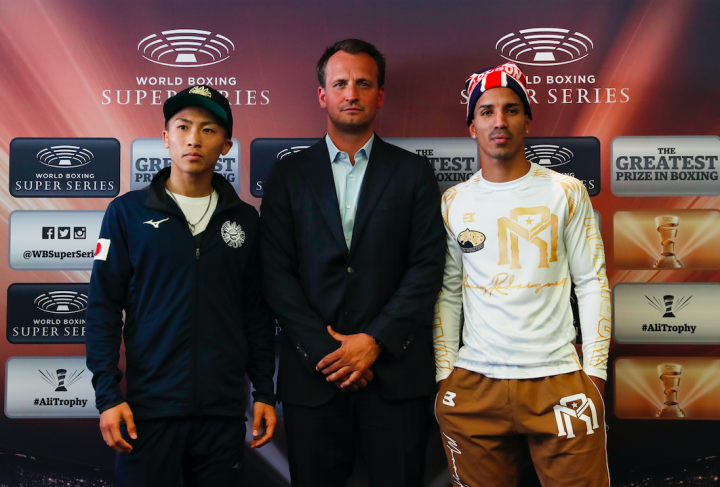 [QUOTE=NC Uppercut;19747945]Yes I like the Beast too. I saw him fight in a small venue in Oklahoma one time. I was hooked. For such a Lil crowd they all had their neon green Beast shirts on. Dudes a damn tank!…

[QUOTE=Bronx2245;19744905]Sorry, but how many times has Roach lost "The Big One?" If that ref waves of the fight when Fury crashes to the ground on his back, does Baranchyk hire him? What just happened to Machado? I'm very nervous! I'm…

Inoue stops Rodriguez with in 7. I see Taylor v Beast as a pick’em; either Beast KO by 10th or a battle of attrition to a Taylor decision. Taylor seems taller but Beast is quite long especially with his looping…