The ringwalks are set for 4:35 p.m. ET/1:35 p.m. PT with the first bell scheduled for 5 p.m. ET/2 p.m. PT from sold-out Wembley Stadium where a record-setting 90,000 fans will witness the biggest heavyweight event in over a decade.  SHOWTIME CHAMPIONSHIP BOXING® pre-fight coverage begins live on SHOWTIME at 4:15 p.m. ET/1:15 p.m. PT with all the grand pre-fight pageantry from London. 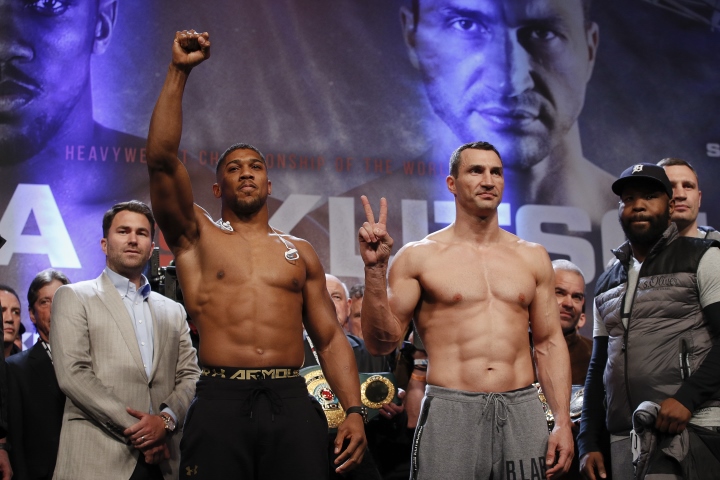 Referee David Fields, of New Jersey, will officiate the action while Don Trella (Conn.), Nelson Vazquez (Puerto Rico) and Steve Weisfeld (N.J.) will score the 12-round bout for Joshua’s IBF belt and the vacant WBA title. 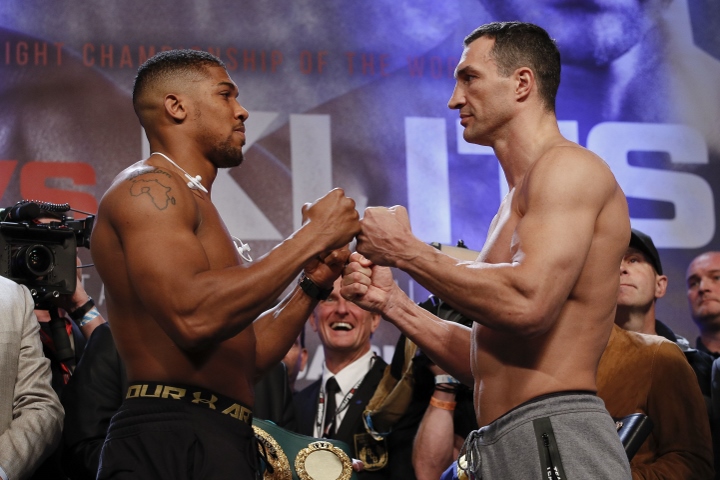 More than 150 countries worldwide will televise the heavyweight unification. 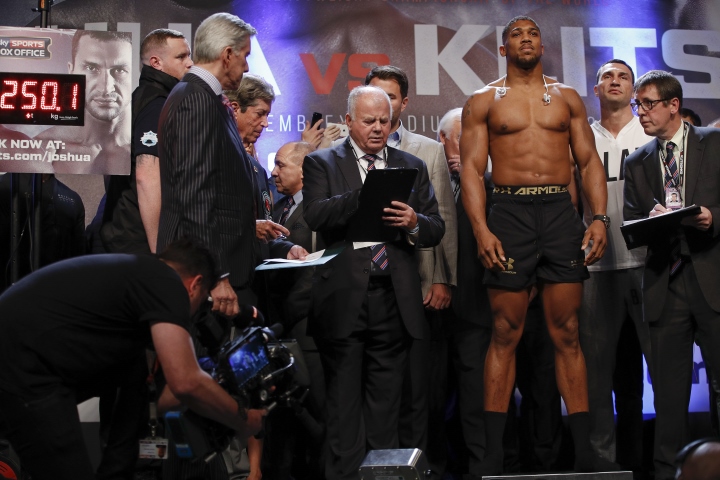 “I’m only going to be myself – the fight is already as big as it can be,” said the 27-year-old Joshua (18-0, 18 KOs), who will make the third defense of his IBF belt.  “There’s belts on the line, there’s legacy on the line, there’s 12 rounds of intense, ferocious boxing on the line.  It comes with everything you want to see – boxing skills, power, timing.  It’s just how long you can last and withstand each other’s abilities. 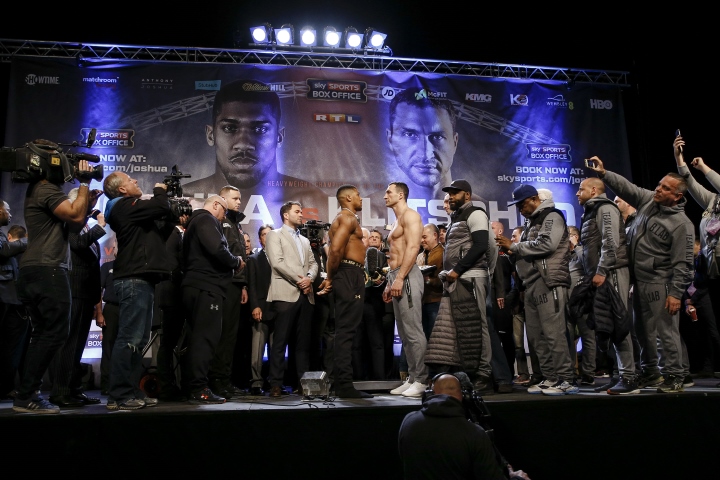 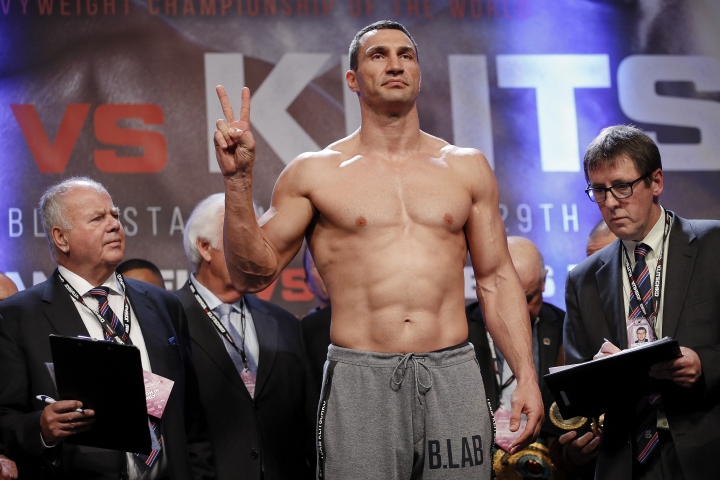 The 41-year-old Klitschko (64-4, 54 KOs) has competed in 28 world title fights and is the second longest reigning world champion in history.  On Saturday he will attempt to win back two titles that he held during his 11-year reign as heavyweight world champion. 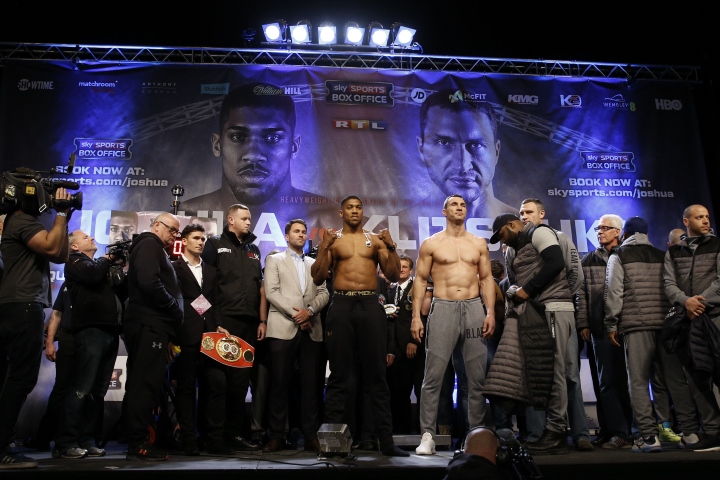 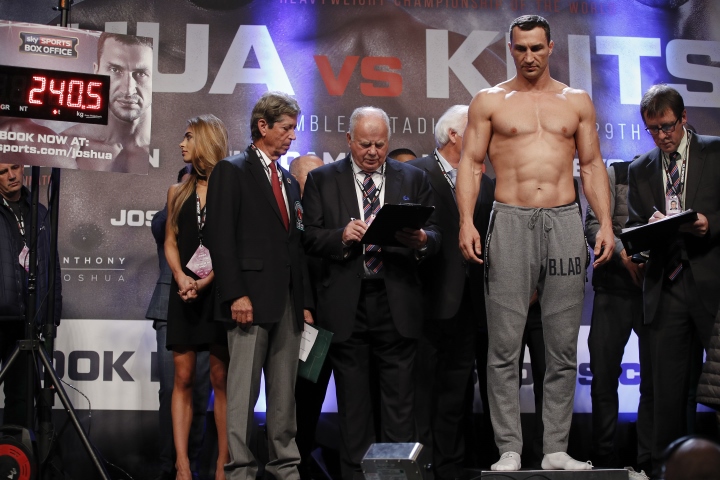 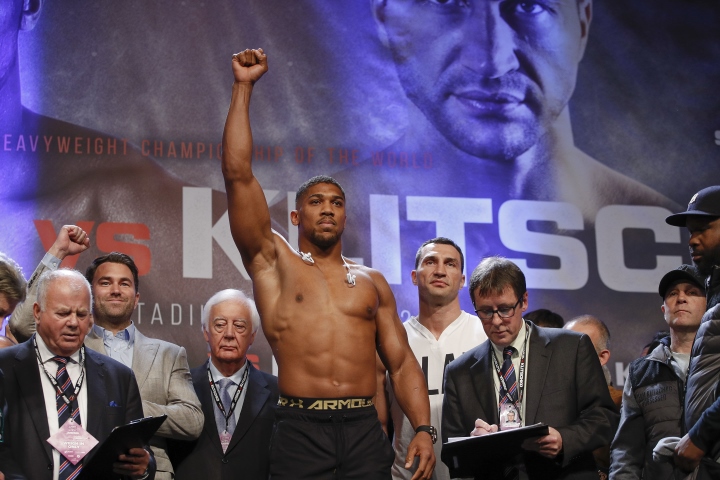