The SHOWTIME CHAMPIONSHIP BOXING telecast begins live at 5 p.m. ET/2 p.m. PT from sold-out Principality Stadium in Cardiff where an estimated 78,000 fans will converge for the largest indoor event in boxing history.

Joshua, who went past the 10th round for the first time with a sensational knockout of Wladimir Klitschko on April 29, promised conditioning wasn’t an issue. 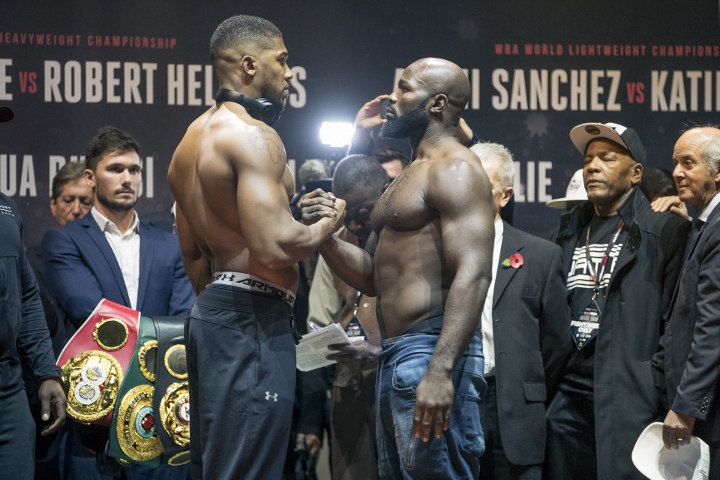 “I’ve been doing a lot more running. Maybe I’m starting to fill out as I get older and I’m starting to find my natural weight,” Joshua said.  “Who knows what it is.  I definitely feel a lot fitter than I have in previous fights.” 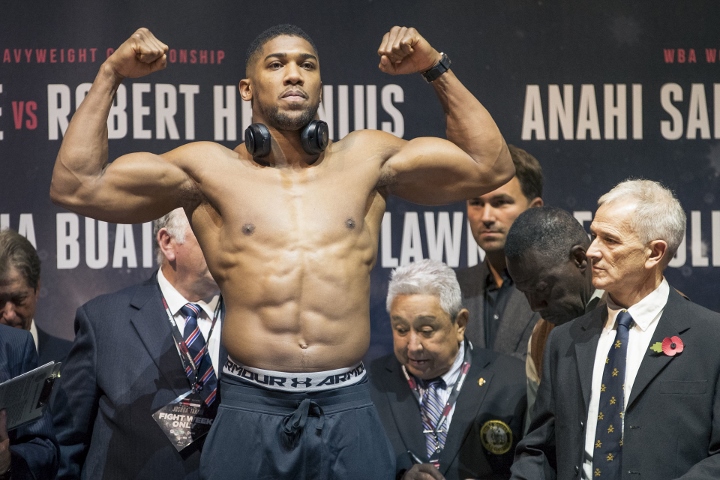 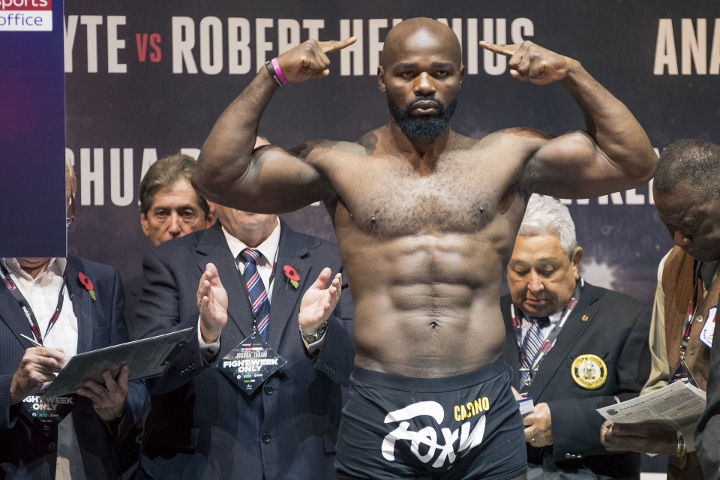 If Joshua’s previous 19 bouts are any indication, the judges might not be necessary. 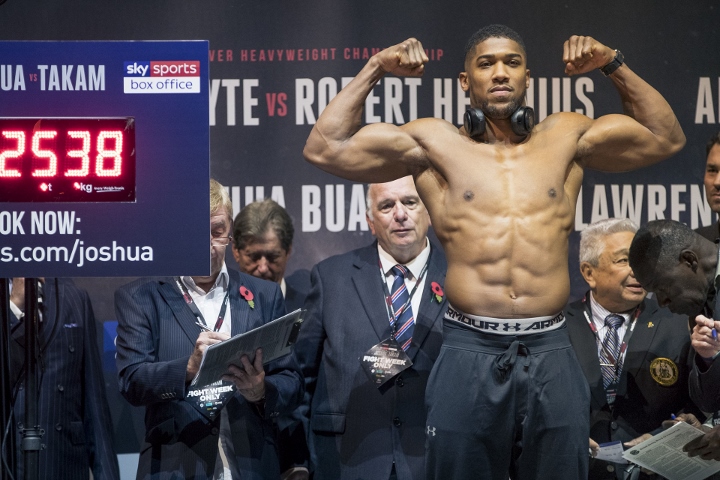 “I’m not going to say I’m going to knock him out and smash him up and all these types of things,” said Joshua, who has knocked out all of his professional opponents en route to unifying the heavyweight division.  “But that’s what I have to do.” 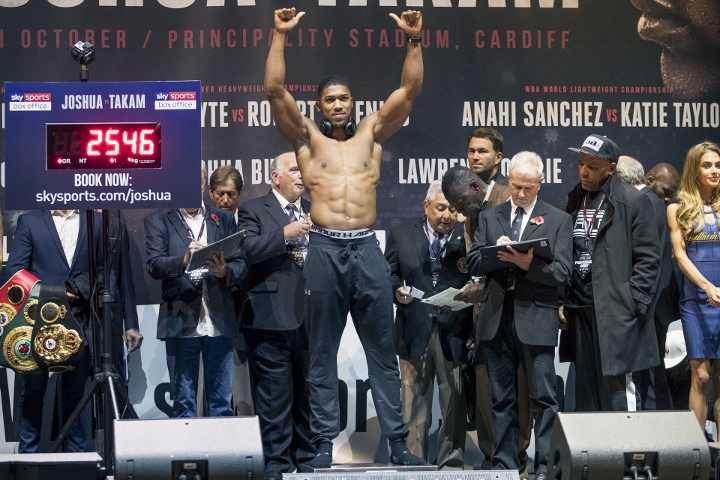 “I’ve never been nervous about fighting but I think this stadium is going to be different.  There’s a closed roof.  I know the energy and the atmosphere is going to be bouncing up and down off the roof and it’s going to be nothing like before.  As I said, if Saturday night is a little bit like the people today here at the public workout, it’s going to be phenomenal. 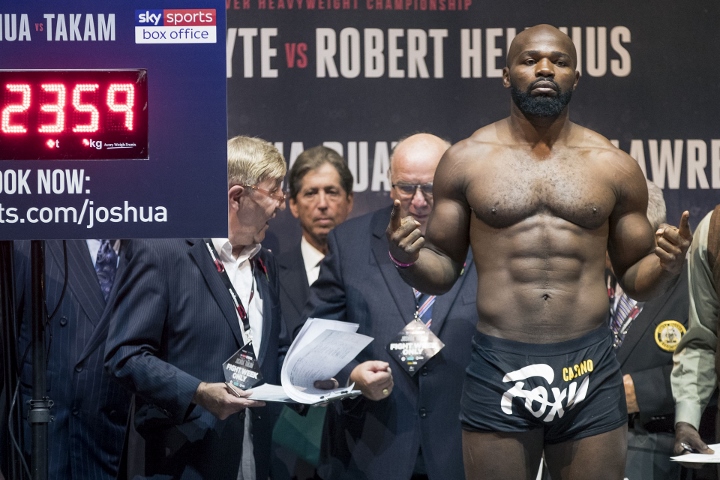 “This is what fighting’s about – different styles and different types of opponents.  But the best opponent you can work on is yourself so I’ve definitely been improving myself.  I can talk about a million things I’ve been working on but at the end of the day, as soon as that first bell rings, that’s when it matters. 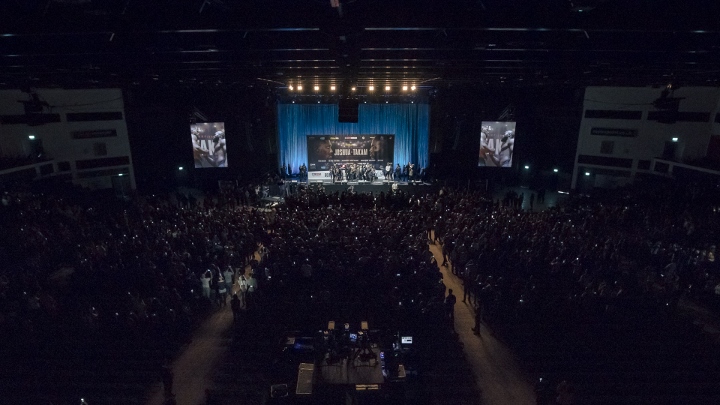 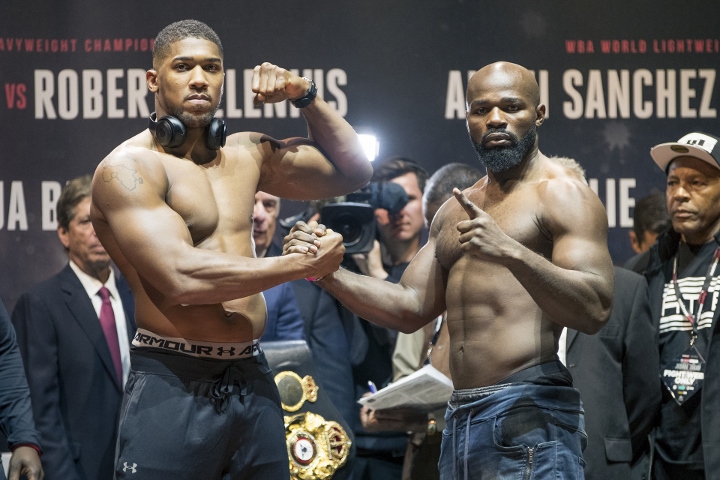