Ruiz flashed the exceptional hand speed that has defined his career, landing hard combinations to the head and body of the taller Dimitrenko. Ruiz stalked Dimitrenko, controlling the center of the ring and picking his spots to unload. 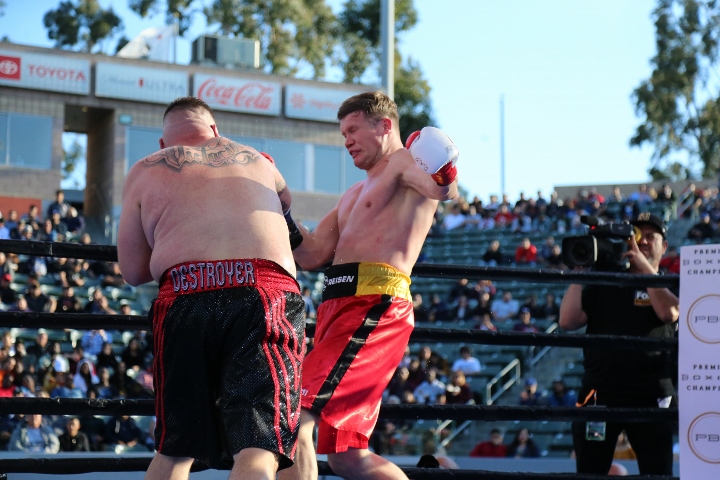 Dimitrenko tried to use his jab to keep Ruiz at bay and was able to cause a welt under Ruiz's right eye as the early rounds went on. It was not enough to keep Ruiz from coming forward and in round five he began to pile up the punishment, punctuated with hard right hooks that snapped Dimitrenko's head back. 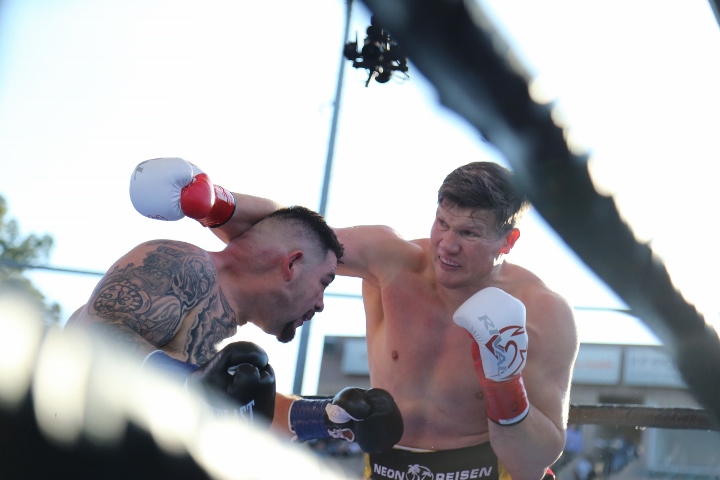 After the fifth round, and on the advice of Dimitrenko's corner, referee Ray Corona stopped the bout before round six could commence. Ruiz was comfortably ahead on all three scorecards and set his sights on another top heavyweight contender for his possible next opponent. 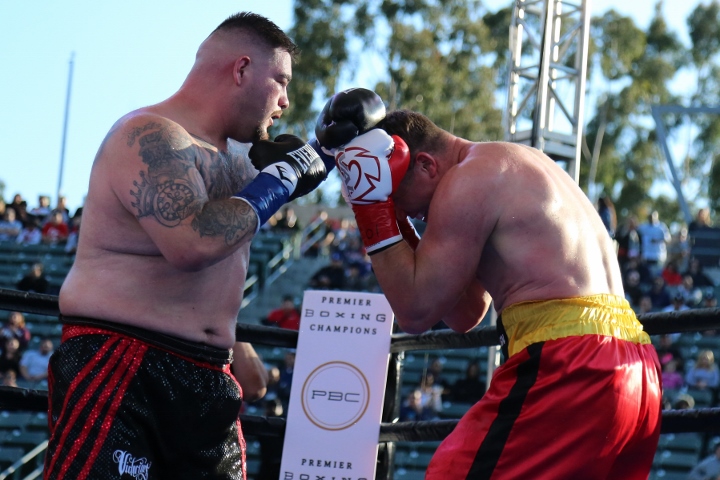 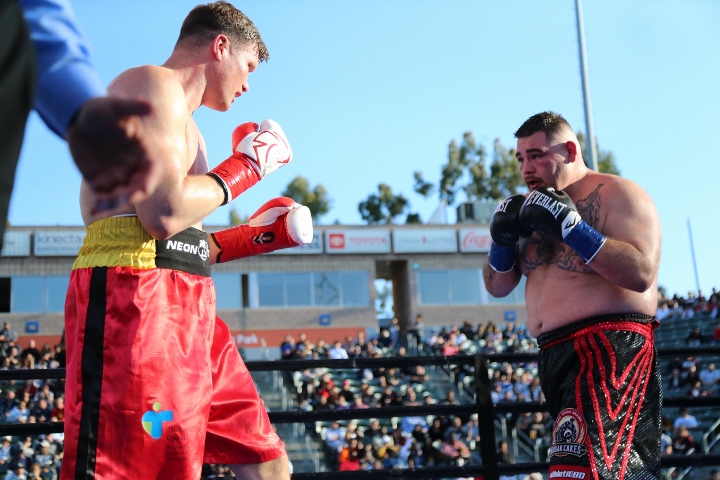 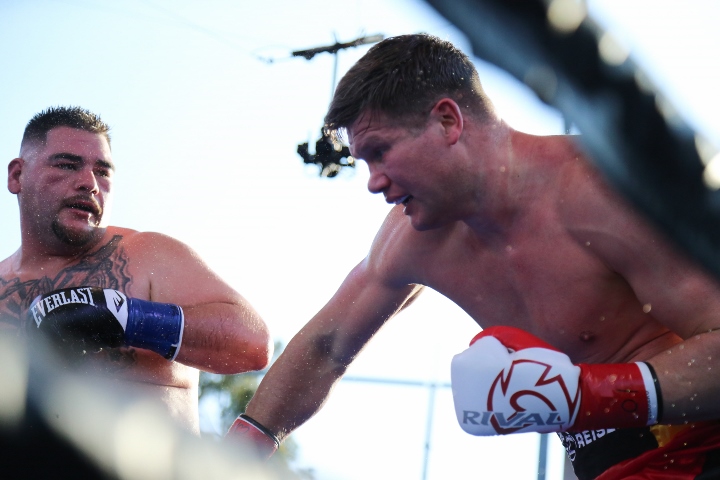 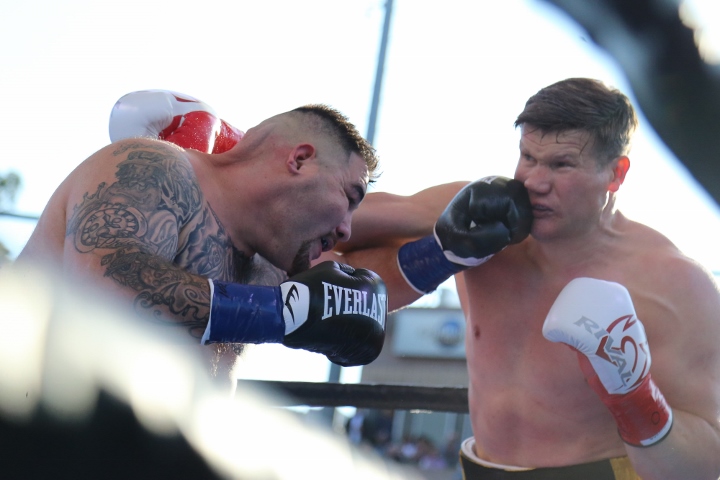 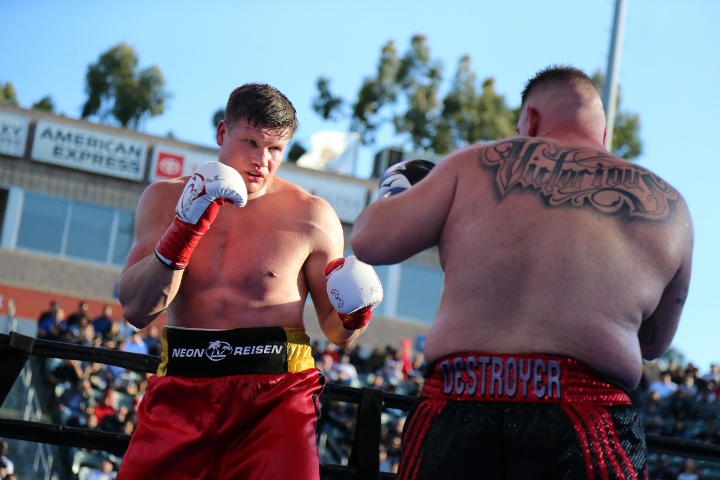 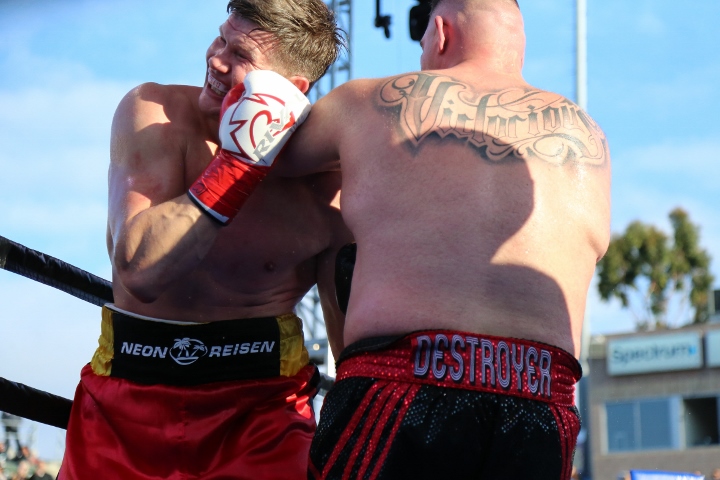 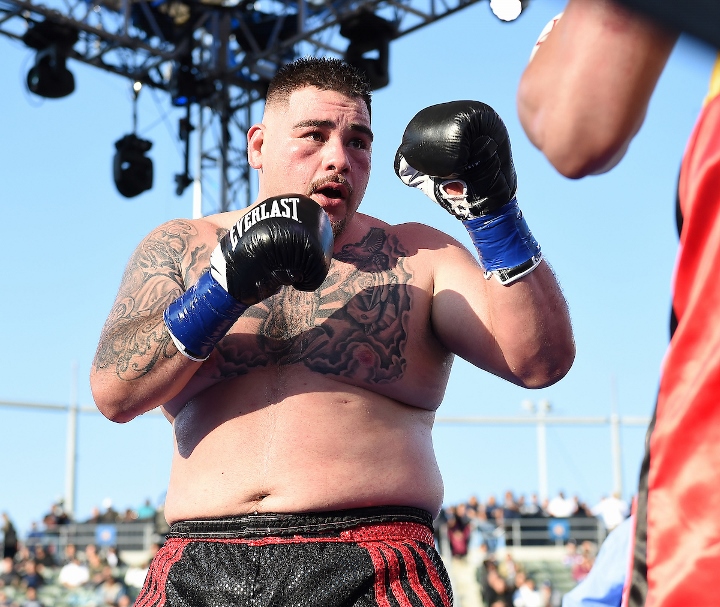 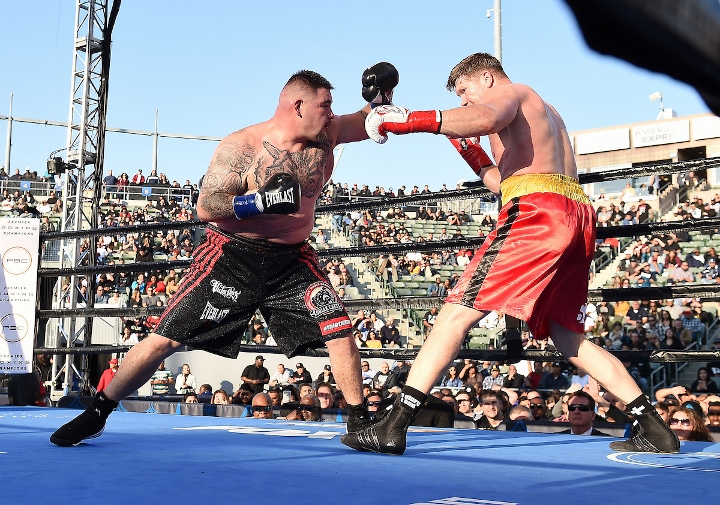 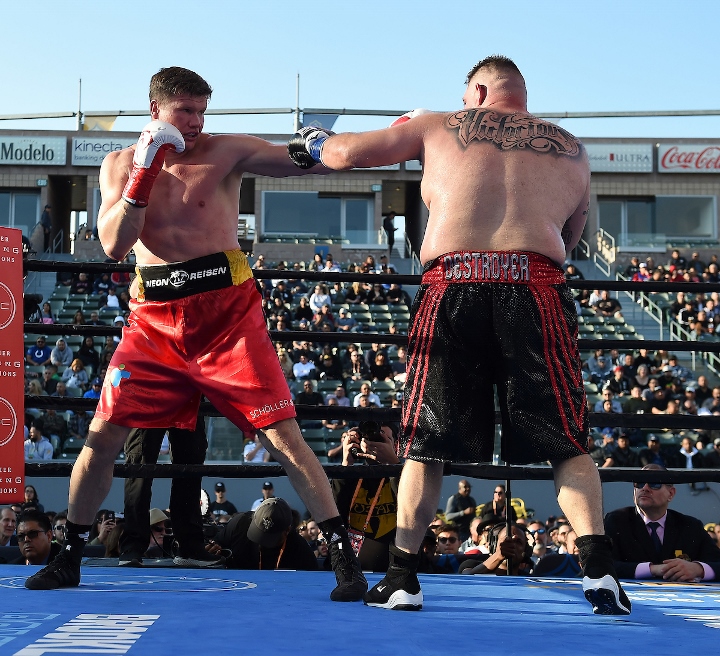 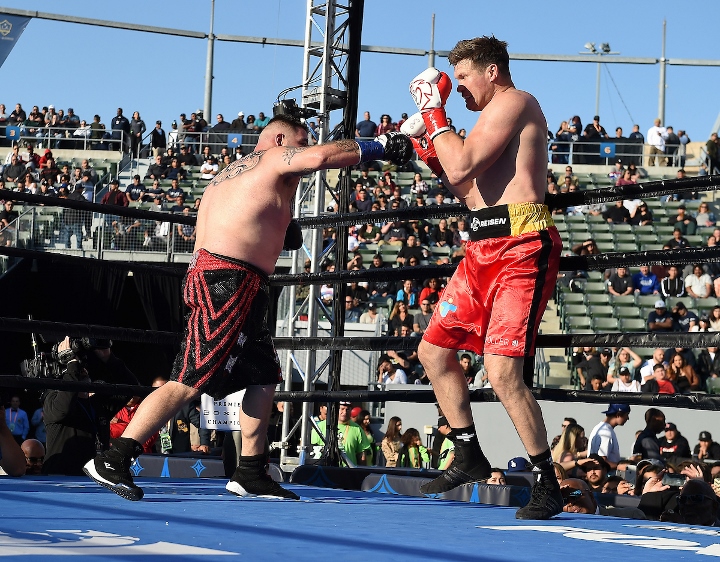 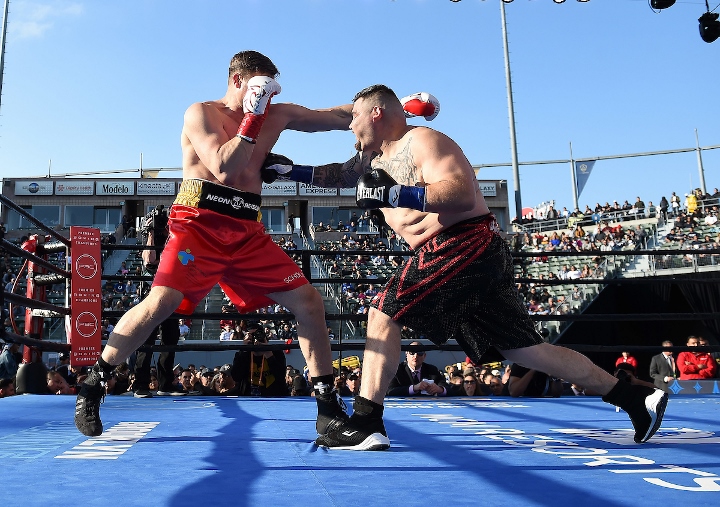 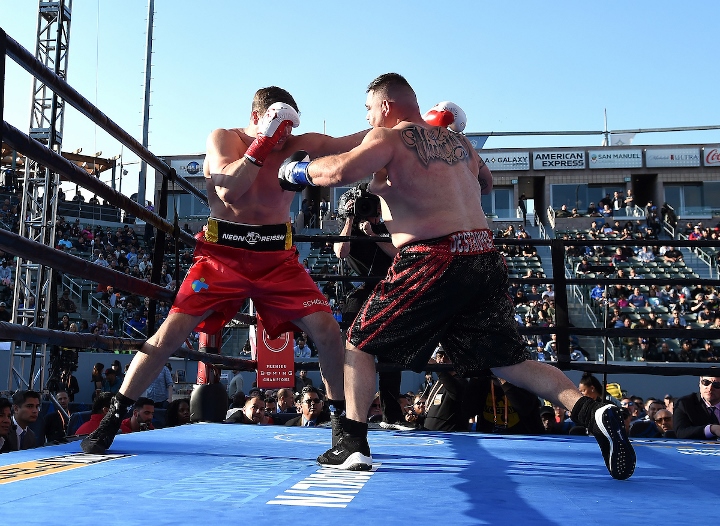 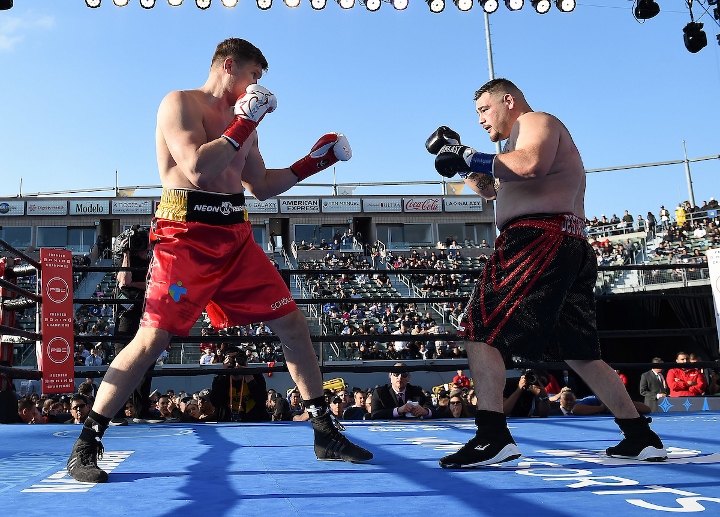 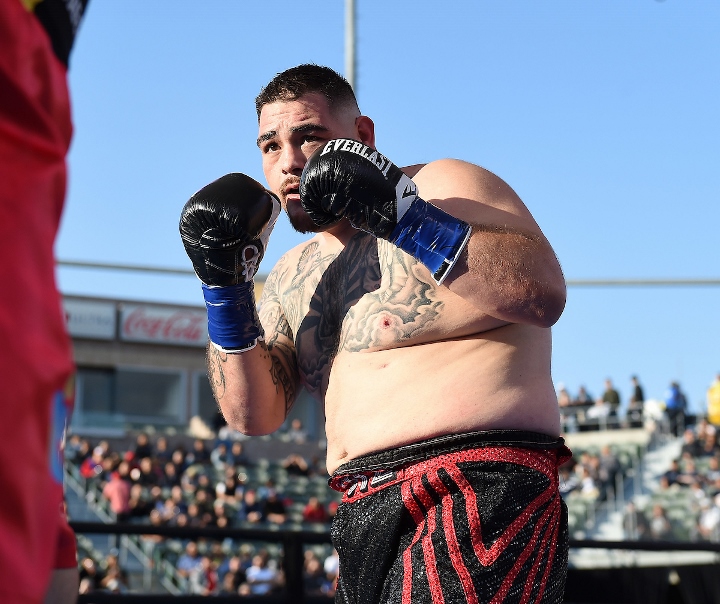 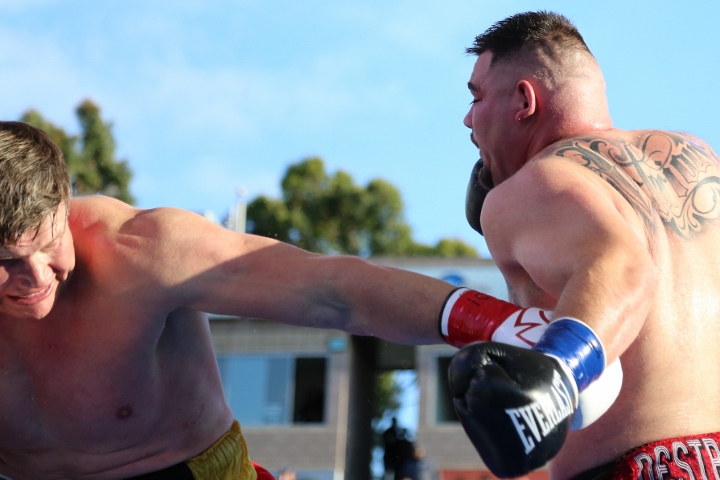 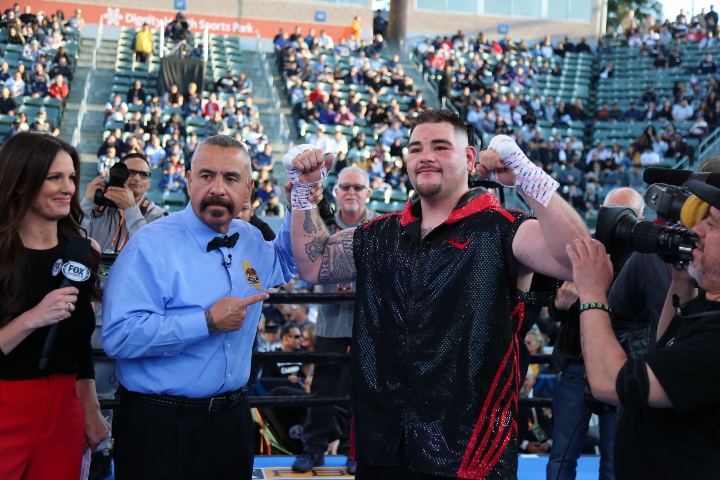 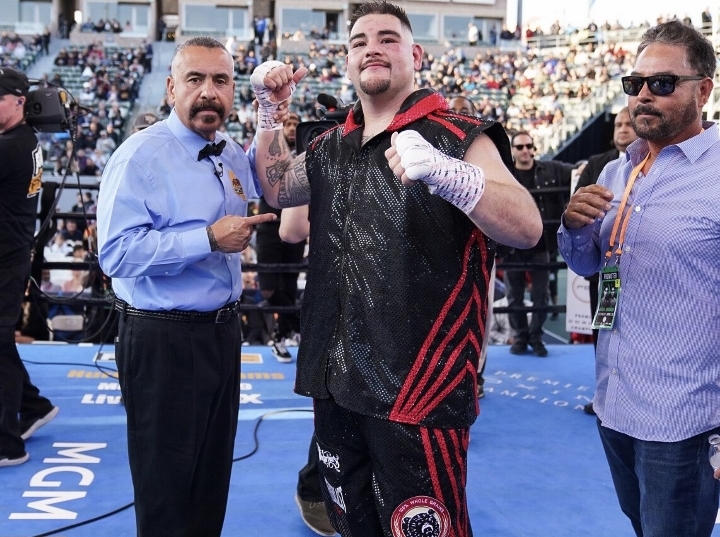