In a press conference this afternoon, promoter Ivan Rivera, president of PRBBP, announced that the show will consist of five fights and that besides Serrano, will fight former world contender Jonathan Oquendo, the 2016 Olympians Jeyvier Cintron and Robson Conceicao, as well as the 2004 Olympic from Puerto Rico, Victor Bisbal, who returns to the ring. 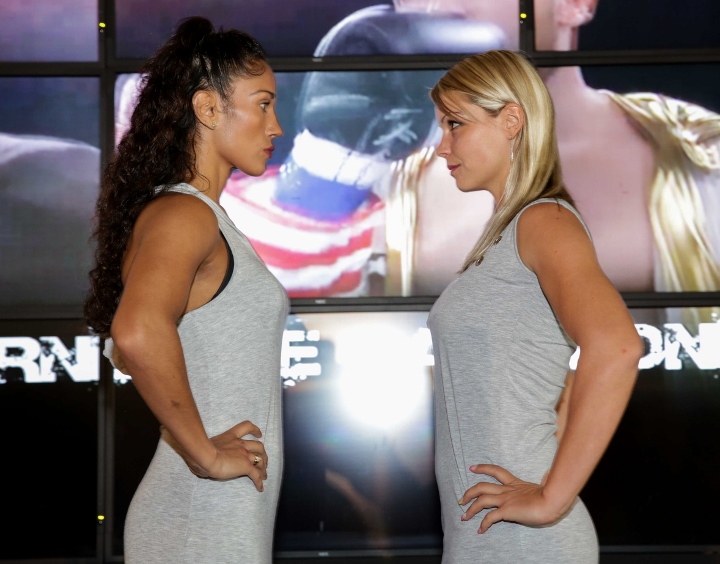 "As we mentioned from the beginning that there would be five and six fights, we started this first edition of "Viernes de Campeones en Casino Metro Boxing Nights" at the Sheraton with five good fights for the fans' enjoyment," said Rivera. "Amanda's defense, Jeyvier's debut in Puerto Rico and Oquendo's comeback are the strong part of the show on TV, which will open with the bout of Brazilian gold medalist Conceicao." 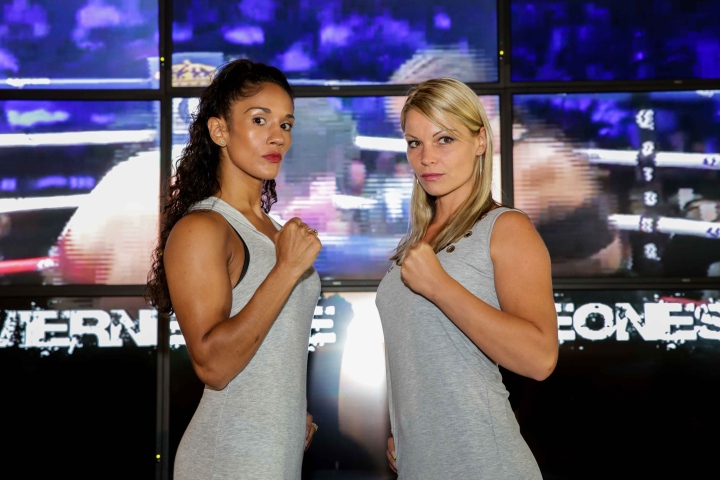 The main fight of the evening is Serrano (32-1-1, 24 KOs), the first Puerto Rican and the only woman in history with world boxing championships in five different weights (118, 122, 126, 130 and 135 pounds), who will defend for the second time her WBO belt against the Hungarian Edina Kiss (13-4, 7 KO's), a known rival that Serrano beat in April 2016. Serrano comes from defeating Dahiana Santana to win the WBO bantamweight (118 pounds) title on April 22 and become the first female world queen in five different weights.

"I feel very happy to fight again in Puerto Rico and defend one of my titles on the Island. I am well prepared and ready to demonstrate again what Puerto Ricans are and show off to my Puerto Ricans," said Serrano. 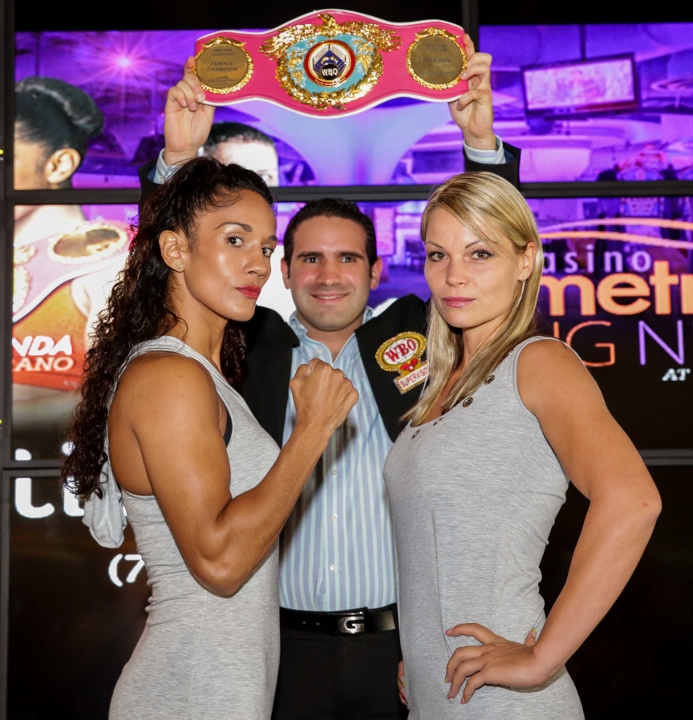 In an interesting test, former world title challenger Oquendo (26-5, 16 KOs) returns after 19 months to face Costa Rican Francisco Fonseca (19-0-1, 13 KOs) for the WBO Latino title at 130 pounds in a 10 rounds scheduled bout. Oquendo's latest fight was in December 2015 when he lost a unanimous decision against Argentine Jesus Cuellar challenging for the WBA featherweight crown. Fonseca comes from a victory in March by KO in three rounds over Eliecer Lanzas. 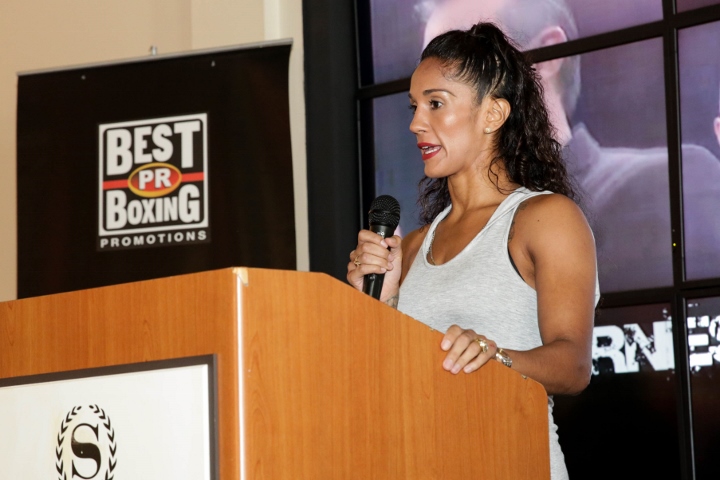 "I've been training all this time to fight and we're ready, because we know how important this fight is, which would lead us to qualify and get a new world opportunity," said Oquendo. 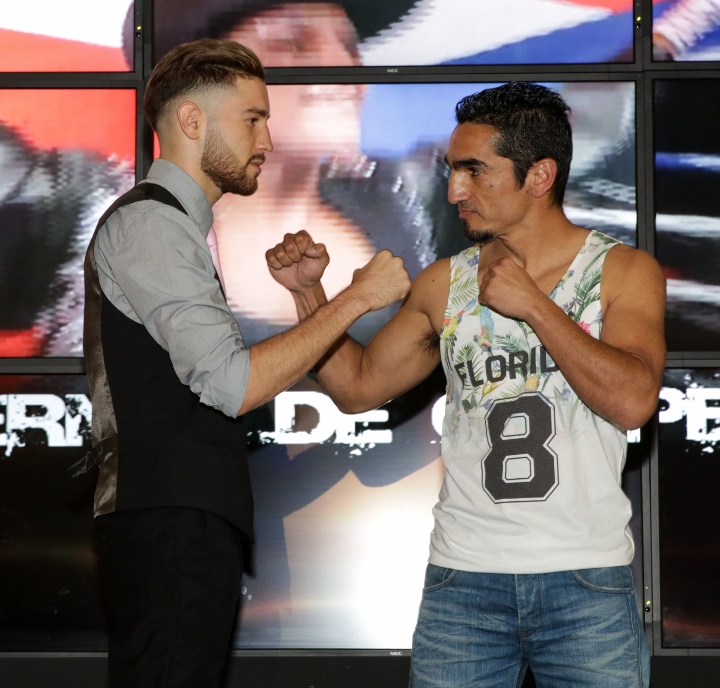 In another of the fights, Puerto Rican Olympian Jeyvier Cintrón (1-0), the first boxer from Puerto Rico to compete in two Olympic Games (London 2012 and Rio de Janeiro 2016), will fight for the first time as a professional on the Island when he faces the Chilean Guillermo Dejeas (7-7-1, 2 KO's) in a four rounds fight at 118 lbs. The son of former professional boxer Javer "Perrito" Cintron, who is trained by two-time former world champion Ivan "Iron Boy" Calderon, debuted professionally in April with a win by unanimous decision over the experienced Mexican Leonardo Reyes. 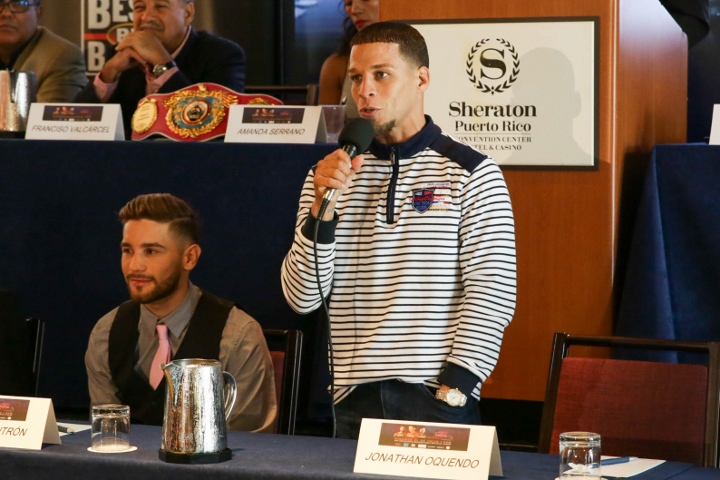 "The only thing we are waiting for is the day of the fight, as we have been preparing to give a good show in my first fight in Puerto Rico," Cintron said. 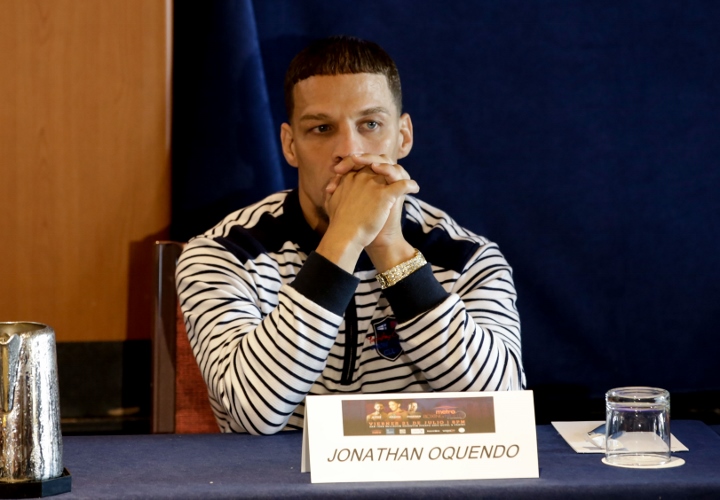 The remaining bout is a heavyweight attraction with former Olympian veteran Victor Bisbal (22-3, 16 KOs), facing Colombian Epifanio Mendoza (43-25-1, 37 KO's) for eight rounds. Bisbal, an Olympic from Puerto Rico in 2004 and a Central American and Panamerican Games medalist as an amateur, returns to the ring after an inactivity of one year. 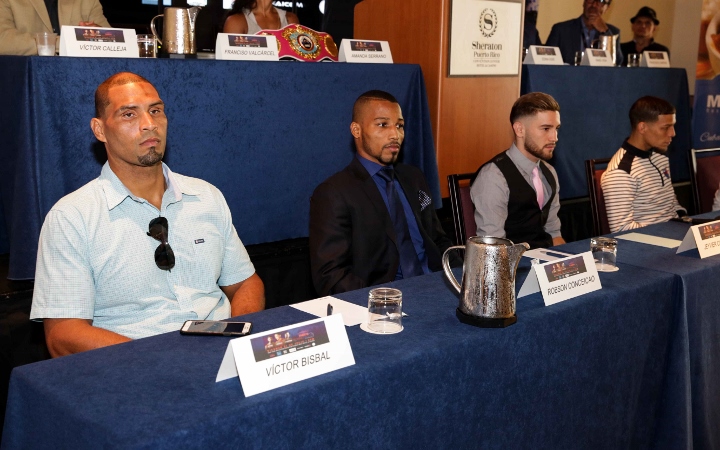 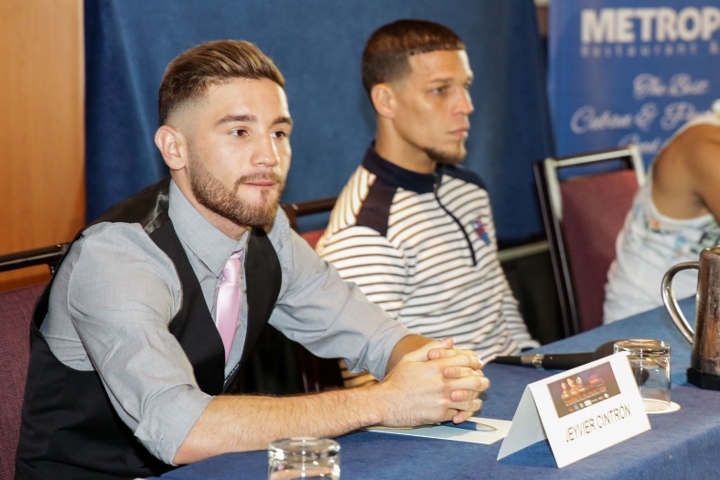