Also in attendance Thursday and competing in televised coverage beginning at 9 p.m. ET/6 p.m. PT were WBA Welterweight Champion David Avanesyan and two-time world champion Lamont Peterson, who meet in a 12-round welterweight fight, and light heavyweight contenders Marcus Browne and Thomas Williams Jr., who battle in a 10-round contest. 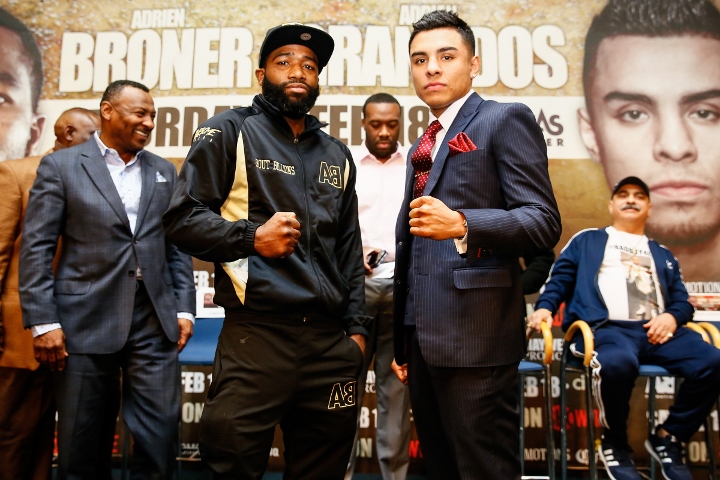 Saturday’s SHOWTIME CHAMPIONSHIP BOXING tripleheader airs during a SHOWTIME FREE PREVIEW WEEKEND during which the premium network will be available to more than 73 million television households nationwide from Friday, February 17 through Monday, February 20.  Viewers can sample the network’s award-winning programming on SHOWTIME, SHOWTIME On Demand®, SHOWTIME ANYTIME® 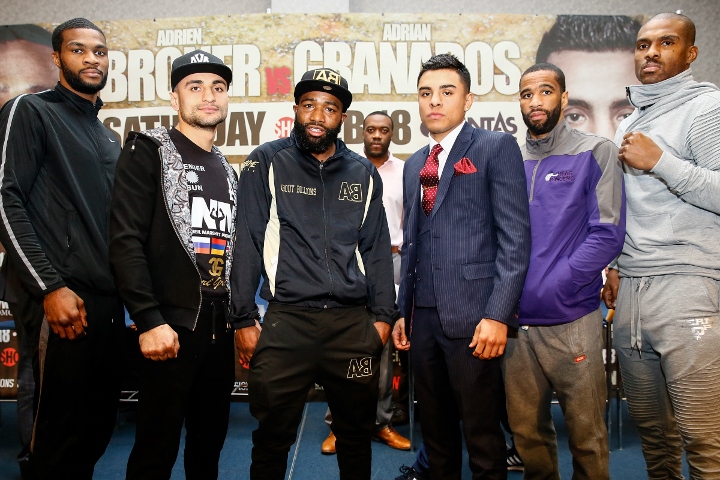 Tickets for the live event, which is promoted by About Billions Promotions and Mayweather Promotions in association with TGB Promotions and K1 Promotions, are priced at $250, $100, $75, $50 and $30, not including applicable fees, and are on sale now. Tickets can be purchased online at www.ticketmaster.com or by calling 1-800-745-3000. 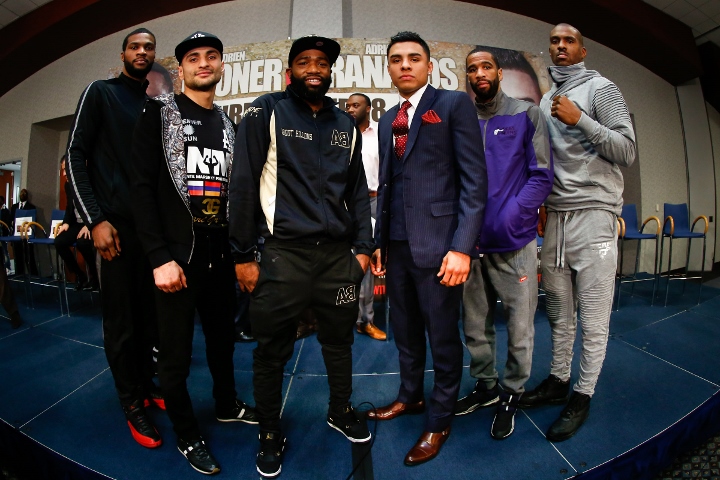 Here is what the participants had to say Thursday from the Cintas Center:

“We’re very excited to be here in this wonderful city. It’s a great boxing town with a history of very good fighters from this area. Saturday night is an outstanding show from top to bottom.

“Both of the Adrien/Adrian’s know each other very well. You want to watch Adrien Broner Saturday night. He’s going to put on a phenomenal performance that I can’t wait to see.

“From top to bottom this is an incredibly exciting card and we’re excited to work with About Billions to give boxing fans another great event.” 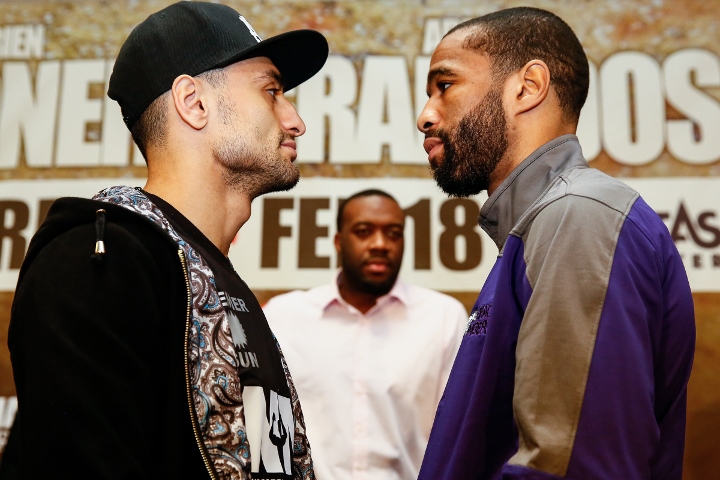 “At SHOWTIME our mission is to bring fans the biggest, best and most meaningful fights in boxing. This Saturday is no exception. These are three all-action and evenly matched fights. This is our third time in Cincinnati with Adrien Broner and this is the strongest card we’ve had here yet.

“When we announced our slate of winter fights, there was one event that I circled and said, ‘this is going to be the sleeper.’ This is an all-action card.

“Adrian Granados and his team did not hesitate one bit to jump at this fight. We know what type of fighter Adrien Broner is. He is a guy who will never shy away from a challenge. Whether you like him or not, Adrien always entertains and he always fights hard. I can’t wait for a great night on Saturday.” 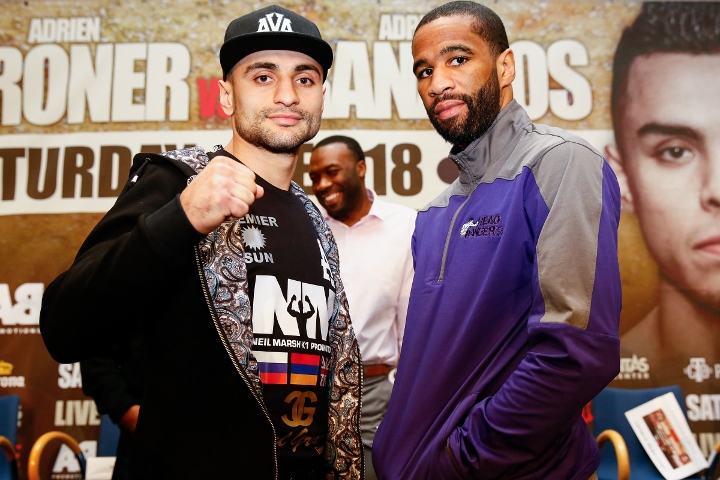 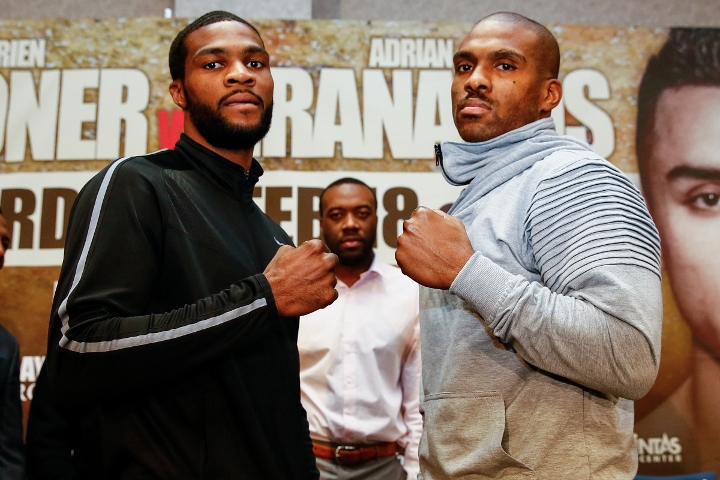 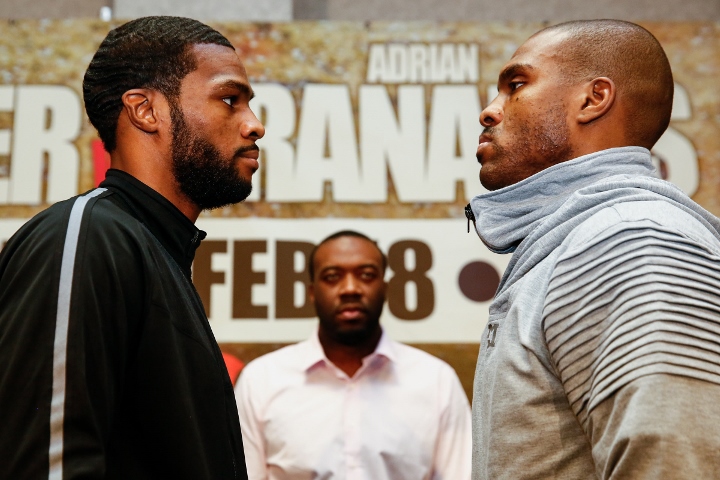