Peterson's Trainer: Fight Against Errol Spence Will Turn Into a War

Barry Hunter has the opposite perspective on their 12-round welterweight title fight. Peterson’s lifelong trainer worked with Spence when the unbeaten IBF champion was an amateur and also knows him well.

Hunter thinks their title fight will develop into “a war” at Barclays Center in Brooklyn. The Washington, D.C.-based trainer is certain his fighter has more will than Kell Brook, the British boxer Spence broke down and knocked out in the 11th round to win the IBF welterweight title May 27 in Sheffield, England. 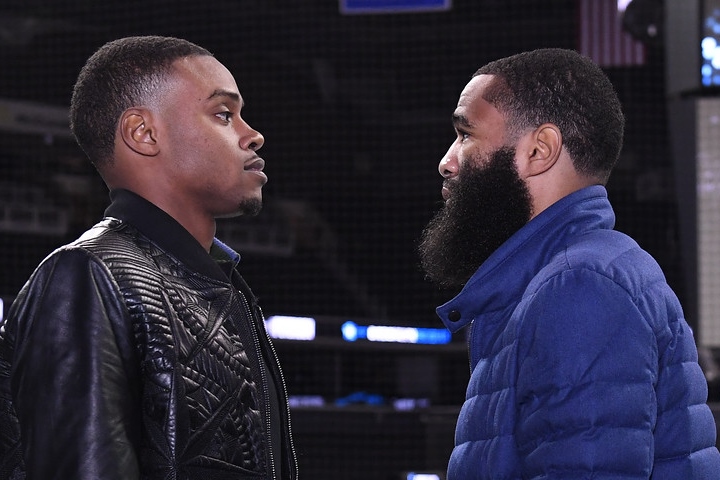 “When you look at the Spence-Brook fight, early on Brook had a lot of success,” Hunter said. “Down the stretch, Errol imposed his will and broke Brook down. I know Errol well and I’ve coached him. He has a strong will. He’s not great in one area, but he’s good in a lot of areas. This is a different kind of guy he’s facing. Heart is something Lamont is nowhere near short on. I think this might start off tactical, and then turn into a war.”

The 28-year-old Spence (22-0, 19 KOs) is heavily favored to make a successful first defense of his 147-pound crown in a fight Showtime will televise. Peterson (35-3-1, 17 KOs), who’ll turn 34 four days after their fight, is more comfortable, though, now that he isn’t struggling to make the junior welterweight limit of 140 pounds.

The Washington, D.C., native became a two-division champion by decisively defeating Russia’s David Avanesyan (23-2-1, 11 KOs) to win the WBA world welterweight title in his last fight, a 12-rounder February 18 in Cincinnati. Peterson took an extensive break following his victory over Avanesyan to help heal a shoulder injury suffered during training camp prior to that bout.

“We don’t have the weight monster to deal with fighting at welterweight,” Hunter said. “Lamont is in a great place mentally and physically. I’m looking forward to an explosive fight.”

Spence expects something similar. The strong southpaw from DeSoto, Texas, is very familiar with Peterson, with whom he sparred when he was preparing for the 2012 Summer Olympics.

“Lamont and I both have big hearts and I think everyone will be able to see that in the ring,” Spence said. “We’re both smart fighters, so there might be some feeling out before we get going. But I expect it to be a dogfight.”

[QUOTE=IMDAZED;18412273]Two year layoff? He fought last Feb.[/QUOTE] Did he? I don't remember. Oh he fought early last year. It was his brother on the two year lay off.

[QUOTE=Thraxox;18411064]Man everybody is expecting for Spence to bulldoze lamont. He is way passed his prime and is coming off in a 2 year lay off. Of course Spence isn't going to get the same credit as beating a Prime and…

[QUOTE=MrClutch85;18411278]Save the the war for the late rounds when Spence slows down.Lamont has fought 2 southpaws Ortiz Diaz in those fights not many straight right hands.The sample size is small vs southpaws he does have a good left hook good…

Thing of it is; Lamont has a tendency, lately, of Getty stronger as he gets into the mid to later rounds. This might really be a war.....maybe not. I can’t wait to see!!

If it turns into a war then it will look like the Mathysse fight all over again. Meaning the result.