Peterson's Long Layoff 'No Concern at All' Before Spence Fight

Unlike many fighters, Lamont Peterson keeps himself in peak physical condition even when he doesn’t have a fight scheduled.

That’s why Peterson isn’t concerned about challenging Errol Spence Jr. on January 20, a full 11 months after Peterson’s last fight. The 33-year-old Peterson, a big underdog against Spence, hasn’t fought since he won the WBA world welterweight title from Russia’s David Avanesyan on February 18 in Cincinnati.

Peterson’s unanimous-decision victory over Avanesyan was his only fight since he defeated Felix Diaz by majority decision in October 2015. That inactivity didn’t prevent Peterson (35-3-1, 17 KOs) from accepting a fight against Spence (22-0, 19 KOs), the IBF welterweight champion, in two months at Barclays Center in Brooklyn, New York (Showtime). 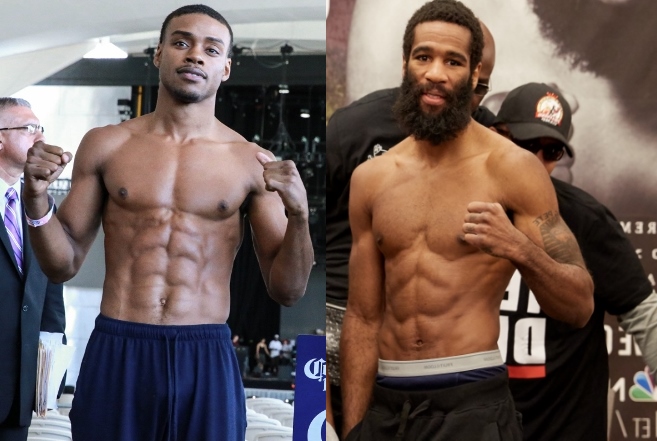 “It’s no concern at all, because I’m always in the gym,” Peterson told BoxingScene.com. “A lot of people, if they’re in a layoff, they’re laying off. So their timing is not there and they’re really not thinking boxing. My mind is always thinking boxing, so I’m not worried about my long layoff. Would I like to fight more? Sure. I’d like to fight every day, if I could. But physically, I know I can’t. You’re body wouldn’t be able to take it, but I’m just saying, if I could, I would. As far as the business of boxing, I understand it. I have no problem with it and whenever the fights do come, I’ll train for it, I’ll enjoy it and I’ll go out there and compete and give it my all.”

Peterson expects to be more than ready to upset Spence because the Washington, D.C., native doesn’t waste time in training camp getting into shape. The former junior welterweight and welterweight champion doesn’t place too much emphasis on the amount of fights he has had recently, either, because training typically is more grueling than anything he encounters on fight night.

“Training is much harder than the fight itself,” Peterson said. “Me, I’m always pushing it in training, so it’s always, honestly, as if I’m fighting. Because I always train and I’m always training hard. If I have a big gap in between fighting, I might go in there and spar 20-something rounds and run 20-something miles. I’m gonna do something to make sure that my body is still in good condition, still make sure my body can answer these questions when you get in there. When you’re in there, you’re in a fight, it’s tough, it’s one-on-one. Honestly, I put myself through stuff to make sure I can still answer those questions that will be asked when we get in that ring. And sometimes I over-do it. But it’s never like I’m not putting myself through stuff.”

Peterson will give his all against Spence. Its better for Spence to come prepared.

[QUOTE=nycsmooth;18225908]I am curious what type of game plan Peterson has I think it comes at Spence too fast too strong he may just go out early...[/QUOTE] I don't see it going beyond 6 rounds, unless Spence wants more rounds to…

I am curious what type of game plan Peterson has I think it comes at Spence too fast too strong he may just go out early...

Some great analyses, not much critique, and delusions. I agree with almost all the posts, aside from those who think Peterson has any chance. I want him to do well, but I don't see it, unless it's a lucky punch…

Big layoffs don't matter when you're on PEDs.