Peter Quillin: After Love, I'll Be Ready For World Title Shot at 168

Former middleweight champion Peter Quillin (33-1-1, 23 KO) believes that he's only one fight away from a potential world title shot.

Quillin, a former WBO world champion at 160, has been rebuilding his career after suffering a first round TKO defeat at the hands of Daniel Jacobs in December 2015.

In his second fight since that loss, Quillin will continue his run at super middleweight with a showdown against J'Leon Love, which takes place on August 4th at the Nassau Coliseum in New York. FOX will televise the contest. 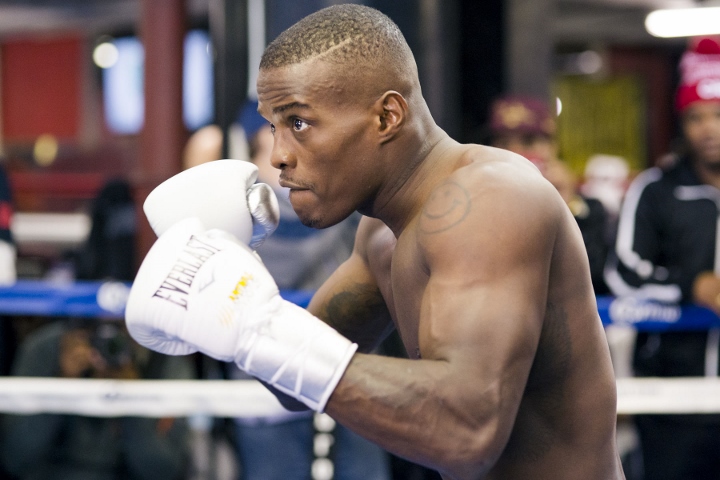 Now competing as a super middleweight, the goal is still the same - Quillin wants a world title.

"I will be ready for a title shot after this fight. If that is what is meant for me, yes I'll be ready. Being at 160 was very hard to make the weight. I feel very comfortable at 168. I feel like this is my place, and I'm always trying to establish myself. We can never say we're ready for something, I just got to be well prepared. So that's how my vision is," Quillin said.

Quillin has not forgotten about the loss to Jacobs. He still wants to eventually get a rematch - but only at the super middleweight limit. Jacobs is still competing at middleweight and has no plans to move up in the near future.

"Of course down the line maybe in the future maybe me and Danny Jacobs having a rematch but it cannot be at 160 pounds. I want to campaign at 168 and I'm going to see how I feel at this weight. I'm going to close with progress. I've been out of the ring for such a long time. I was in California training with Virgil Hunter," Quillin said.

"I made the decision to come back home to be closer to my family, my wife and my kids, and now I'm here and I'm training under the watchful eye of Aureliano Sosa, who is working with like guys like Chris Colbert, he has a lot of passion and he's very dedicated. So I feel very motivated, feel positive and I feel like I'm ready to go."

If Quillin doesn't handle J'Leon, then the ship has sailed

Quillin should smoke J'leon Love. I still remember that fight where Love got knocked unconscious SMH I remember thinking Love was gonna be impressive in that fight but after the first couple rounds I knew it wasn't going to end…

[QUOTE=Southpawology;18970147]I remember like 4 years ago in an interview Ol buddy Petey said GGG wasnt a big enough name yet for him to fight him, now GGG is fighting Canelo for the second time on PPV and petey is fighting…