Peter Fury, the former trainer of heavyweight Tyson Fury, says his nephew should receive ‘a big advantage’ if Deontay Wilder is underweight for the upcoming rematch, which takes place on February 22 at the MGM Grand in Las Vegas.

Fury and Wilder fought to a controversial twelve round split draw in December of 2018 at Staples Center in Los Angeles.

Peter Fury felt Wilder was underweight for that contest. He came in at only 212.5-pounds, which was the second lowest weight of Wilder's career. For his next two fights, Wilder weighed 223 and 219.5-pounds. 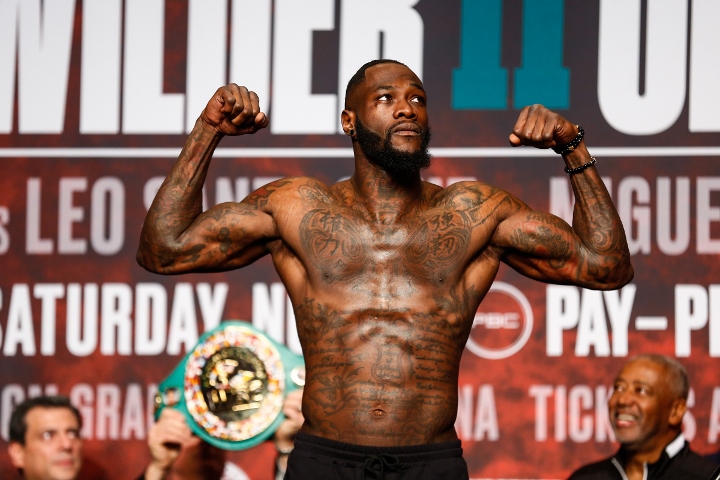 Wilder's head trainer, Jay Deas, would like him to be at least 220-pounds for the rematch.

For this contest, Fury will be trained by new coach SugarHill Steward. When Fury decided to resume his career in late 2017, he parted ways with Peter Fury and hired Ben Davison. Fury decided to replace Davison last month, after five fights of working together.

If Wilder is close to the same weight as the first time around, Peter Fury views that as a likely factor in the fight.

"If Wilder comes in at the same weight he did in his last fight, I think that's a big advantage for Tyson," Peter Fury told Sky Sports. "I think Wilder came in under weight for that fight.

"If he could just keep out of trouble early, get in close, rough him up a bit. Take him out of his stride, rather than give him the leverage to put the power in. Take him into a bit of a dogfight and sap his energy, especially in the second half of the fight.

"He's got to use his size, he's got to use his weight, especially if Wilder is coming in roughly the same weight he was. You're looking at two, two and a half stone advantage there. He needs to use that and that's where he went wrong in his last fight for me. He was doing the same thing round after round, but after the sixth round he should have turned his advantages to that. Whether it's ugly or whatever it is, I think he should just sap the energy out of Wilder."

Just heard Otto Wallin in an interview say that he thinks Fury can fight on the inside and if he does the weight will bother Wilder. Said that he can KO Wilder as well. So there goes the pillow fist…

Fury needs to be more aggressive than in the first fight and look for the finish, because over 12 rounds the odds of Wilder landing big regardless of how defensive Fury is are pretty high.That said, i'm not sure about…

Fury ain't gonna come forward. He's gonna fiddle and f@rt about on the back foot. The only difference is he might put it on wilder in the last 3 rounds. Wilder will put him down but he might survive

Wilder cant fight on the inside and is far less likely to stop him up close then if given room to load up. I still dont think fury is the same fighter without peter.