PEDs in Boxing: No Punishment, No Crime?

The last decade has seen a series of high profile failed drug tests through boxing.

There’s been speculation about some of the sport’s super powers and all-time greats and plenty of fighters still residing in top 10s and heading into the International Boxing Hall of Fame have flunked tests at least once.

As coach Adam Booth told me recently, if there’s no punishment, effectively there’s been no crime.

If a serious crime is met with a serious punishment then the severity of the issue is intensified and multiplied. If these cheats are treated like pariahs, shunned by those who had believed in them, invested in them, gave them opportunities or even humoured them, then would they be so quick to gamble?

What if the International Boxing Hall of Fame implemented a standard where drug cheats were not allowed admission?

Sure, the argument will come back that murderers and rapists are in, but it is within their power to have a say on this matter; to contribute.

But it shouldn’t come down to them.

The sport should be holding hands, the approach be joined up.

Governing bodies should work together, not allow rogue athletes to slip through cracks because it means some palms somewhere can get greased.

Yet money starts to talk. Even if a promoter walks away from a fighter on ethical grounds someone’s going to pick him up.

That’s not to say this is caused by the fans, it certainly isn’t and it shouldn’t be down to them to make the calls. It should never get that far.

It should be nipped in the bud.

Drug cheats used to carry a stigma, certainly in other sports.

In boxing there’s barely an asterisks next to a fighter who has popped.

Far too many doors stay open.

Let’s not forget, too, the clean fighters who have their records and reputations irreparably changed. They aren’t compensated post fight if they’ve gone in with a cheat. They mostly keep Ls on their records. And that’s before you assess the damage they’ve taken on board at the hands of someone who was ‘juicing’.

Sure, they may have suffered acute injuries, but the cumulative toll of blows to the head will go into the chronic folder that does not have a limitless supply of free passes. 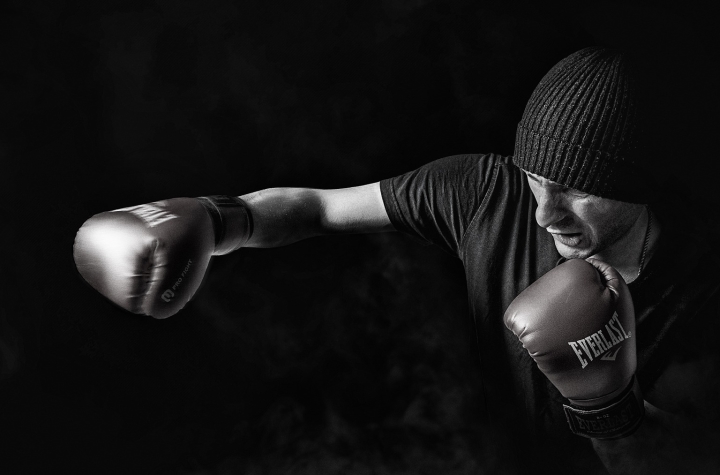 Last year was not a good one for boxing fatalities. There were several high profile tragedies and the other part of this debate is centred not just on cheating but intent to harm. By making oneself stronger, fitter and faster, thus putting your opponent at more risk, is that akin to you entering the ring with a foreign object or loaded gloves? It certainly makes you something you wouldn’t be without it.

Those who test positive before a fight should be banned for meaningful, career altering durations, not six months between contests when they’re fighting just twice a year. They should face stiff penalties. Years out of the ring; lose vast percentages of their purses and, if they fail a test post-fight, the result of the contest should be made a loss and the opponent should receive a minimum of 50 percent of the guilty party’s purse.

Of course, on top of that you should have the sport’s reaction to the cheats as strong, decisive and vindictive. It’s none of those things; not ever.

It would be enormously helpful, too, if there was a panel of experts breaking findings down into laymen’s terms, what does trace actually mean? Is contamination a viable explanation in keeping with what has been served up by the person who has failed?

Because nothing turns more non-experts into career-long scientists than a failed drug test. If appointed professionals were actually breaking it down and informing the public about the context of individual failed tests and what they mean, well, that would also serve as a deterrent.

How the use of PEDs became such a trivial subject to so many in power, with real sway, in boxing one can only wonder. Sure, it boils down to money and greed – that’s always the sport’s go-to answer. But at what point did the free pass thing actually become a thing. Why were boxers never really labelled like sprinters or cyclists, and when they have the potential to do real harm, too?

There’s yet another side of this, too, and the chemicals these people are putting into their bodies is probably not that great for their own health; they’re likely putting themselves at a higher risk of something happening than they would be otherwise.

Regardless, boxing will doesn’t seem to care. No one is taking the situation by the horns. Not really. You may have an individual saying one thing or the other, you may have a fighter occasionally insist upon VADA testing, but someone with real influence can and should go after this and attempt to make a difference, because by not doing anything they are part of the problem.

And if there really are insufficient punishments for such devious and potentially sinister crimes, the debate of whether there really has been a crime becomes a farce, because there are few worse crimes in all of sport than allowing one person a physical advantage over another when the physical stakes are so high.

I believe Canelo Alvarez is still on that s[COLOR="Black"]hi[/COLOR]t. He never quit. However the governing and sanctioning bodies are just looking the other way because they are all corrupt. They know he is notorious doper and juicer but they just…

The fact is, PEDs has been around for years. It's just that we didn't know how widespread or prevalent it was until recently; Especially in the sport of boxing since most governing bodies never tested for them. Athletes earn their…

Its almost a joke at this point.... Why should future cheaters stop when the worst you will get is a fine and a tap on the wrist?

[QUOTE=Dip_Slide;20307402]Interesting that someone was attracted to boxing that way. I always thought that the unpleasant physiques and horrendous conditioning of the heavyweights in the mid to late 2000s is what killed heavyweight boxing for more than a decade. I thought…