Pedraza: With Lomachenko I Showed That I Belong at Elite Level

Puerto Rico has been infamous for producing generation after generation of tremendous boxing talent and multi-weight world champions. Fighters such as Felix Trinidad and Miguel Cotto are the most notable legendary fighters to emerge from the Central American state, however, there are many fighters who continue to follow in these great footsteps, with Jose Pedraza at the front of that queue.

Pedraza first won the IBO super featherweight title back in 2014, and then the IBF's version the following year. He's defeated top quality names such as  Stephen Smith, Edner Cherry and then became a two-division world champion in 2018 against Ray Beltran.

After facing pound for pound superstar Vasily Lomachenko at the back end of last year at New York City's Madison Square Garden, Pedraza is eyeing some of the big names in the lightweight division and another world title. 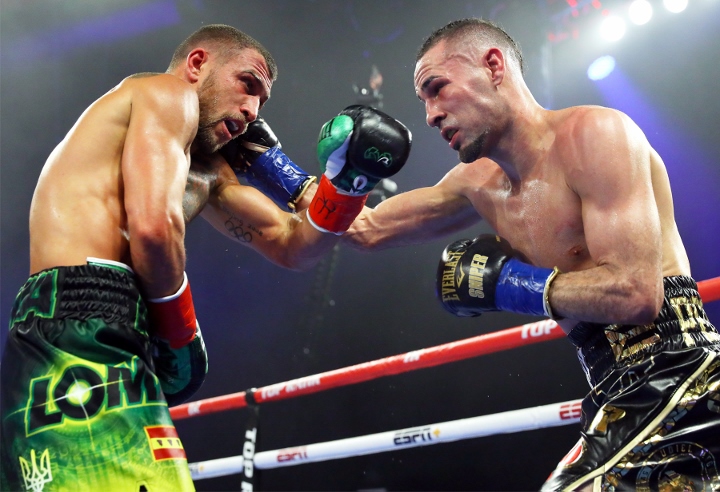 Pedraza, who won silver at the World Amateur Championships and Bronze at the Pan-American Games, reflected on his fight with Lomachenko and his plans going forward, "I felt I boxed well against Lomachenko and pushed him further than anybody out there has before, but I still know there is more to come from me than that performance.

"Lomachenko is a great fighter, and I showed that I am at that elite level and I want to get back to fighting some of the top names in the lightweight division. You have Richard Commey who is a great fighter at lightweight, I would fight Lomachenko again in a heartbeat or Mikey Garcia if he was to come back to Lightweight. I want to be a two-weight world champion again and I will fight the best out there to do that.

"I have a great management team at Victory Sports and Entertainment, and I trust them to make the best move for me going forward."

He said, "There is nothing better feeling in sport than being champion of the world. When I first won the world title back in 2014, all the hard work that I had put in for years and years in Puerto Rico and travelling the world was worth it. It is hard to replace that feeling but I believe I can find a better feeling by becoming world champion again at lightweight and maybe even one day superlLightweight, as that will go down in history in Puerto Rico. I want to make my country proud and show them that you can be successful if you work hard."

It was a moral Victory for Pedraza. He was glad to go the distance. He boxed well, but he never tried to win, especially after Loma put him on his ass twice. He had nice movement and combinations and used…

[QUOTE=indelible;19622839]A past prime Beltran of course. I dunno about Saucedo and Ramirez. Saucedo is a warrior and has a chin on him. He's shown that with Lenny Z and Hooker. As for Ramirez, he's shown a lot of improvement in…

[QUOTE=Bronx2245;19622779]He definitely has work to do, but his network will provide him cover! I think he would body Ray Beltran, Alex Saucedo, and Jose Ramirez! Top Rank is thin @ 140![/QUOTE] A past prime Beltran of course. I dunno about…

[QUOTE=indelible;19622752]I agree Mikey is fine at 140 but I'm not convinced Lopez will survive when he moves to 140 next year. It is a stacked division full of greats![/QUOTE]He definitely has work to do, but his network will provide him…