“I am very happy to join the tournament, ecstatic to be very honest. Looking forward to regaining my championship positions,” said Payano.

“It is great to see the best fighting the best and in the end being recognized as truly the best in the division.”

34-year-old Payano (20-1, 9 KOs) of La Vega, Dominican Republic is a former WBA and IBO bantamweight world champion and believes he will be a dominant figure in the World Boxing Super Series.

The southpaw nicknamed ‘Baby Pacquiao’ is on a mission: “I want to be recognized as the undisputed best. I want to prove that I am the best!”

“The bantamweight tournament will be nothing but exceptional,” said Comosa’s Chief Boxing Officer, Kalle Sauerland. “Payano is a former champion, an experienced fighter guaranteeing fast-paced action. He is another great addition to a star-studded Season II of the World Boxing Super Series.” 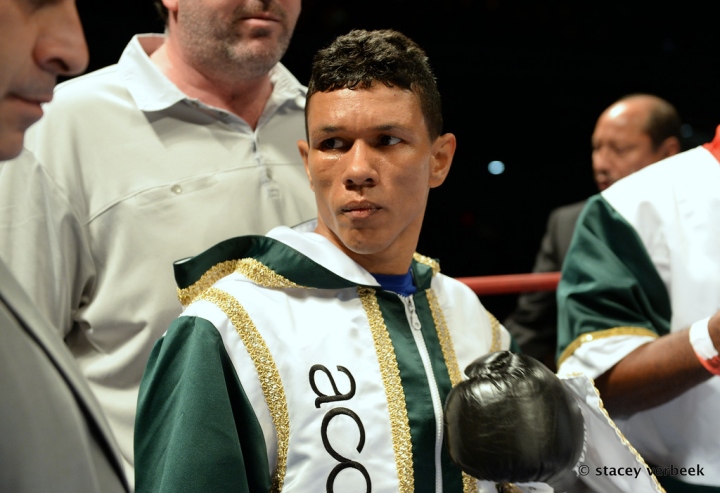 IN OTHER NEWS: Larry Ekundayo is determined to claim the IBF European title against John Thain on Friday night and take a step back to where he feels he belongs – the world stage.

Nigeria’s Ekundayo clashes with Thain on the MTK London show at York Hall and having suffered a split decision defeat to world title challenger Gary Corcoran a year ago, is relishing the chance to shine.

Ekundayo (13-1-KO3) said: “Winning this title will give my career a big boost. I’m delighted to be fighting for it and it will hopefully put me back in the top 15 or top 20 in the world.

“I’m always operating at a high level. I fought for the WBO International against Corcoran and still believe I won.

“The fact that it was such a close fight shows I’m world level because Corcoran went on to fight for the world title. I felt I was landing the better shots against him despite breaking my hand in the second round.

“That’s all behind me anyway. I’m on to better things. I’ve had surgery on my hand now and this is a massive opportunity for me.

“I watched Thain against Skeete and he’s a quality fighter. I also saw some of his other fights. He’s very rangy and smart with a good boxing brain. I rate him but I’m better.”

Also on a stacked card at the home of London boxing is Siar Ozgul’s Southern Area title defence against Mikey Sakyi plus the likes of Dan Azeez and Mitchell Frearson.

I like Zolani Tete to get Juan Carlos Payano in the first round of the WBSS : both veterans, southpaws and closer in age then the young bucks in Inoue, Rodriquez, and Burnett. I remember the classic Tete had with…

You got dropped in your last fight against a nobody. How the hell are you supposed to win against any of the top guys?

was hopin hed jump in the WBSS.

With no power, I doubt it... Rodriguez and Inoue will pick u apart.