The two boxers, both rated in the top ten by the WBO, fought four times in the amateurs with each man gaining two wins.

David Higgins, the manager for Parker, had been trying to get a deal together to headline a major card in New Zealand. 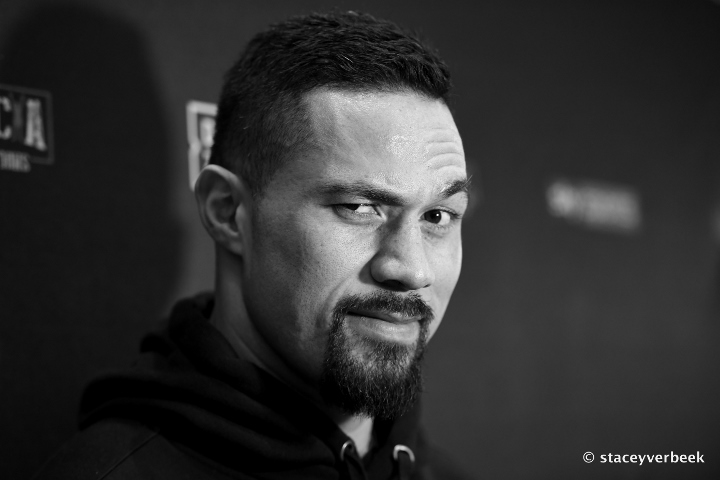 Parker, who returning to the ring in February with a knockout of Shawndell Winters in Texas, indicated that Fa and his handlers were asking for way too much money to get a deal done.

Parker felt the match, between two top contenders, would have catapulted the winner in the direction of a world title shot.

According to Higgins, the money being demanded by Fa was actually a bigger figure than what Parker was willing to accept to take the fight.

"Fa is advised, or promoted by Lou DiBella, and my understanding is that the Fa team, which includes Fa, DiBella, and a local manager - the money they want is ridiculous. We're talking 10 or 20 times his biggest ever purse. Parker would have been willing to fight for less than Fa (requested), and Parker is a former world champion. That's called pricing yourself out," Higgins told Sky Sports.

"Fa was looking for far too much, for where they're at. I guess it's a mark of respect for Joseph Parker. They are worried about what would happen, frankly. Their camp had made noises about fighting Joseph Parker, but they should back up their words. We wouldn't see them getting nothing either. Fa would get his biggest-ever payday by several multiples by fighting Parker, but their demands were stratospheric, given the current circumstances.

"I think let's just give it time and meanwhile we'll be assessing other options."

[QUOTE=_Rexy_;20506610]So Fa is only known by the die hards then? I guess they could always build up the Fa wins over Parker in the ams if they wanted. Thanks for the history though, I'll do some more reading on it.…

[QUOTE=pollywog;20506589]Any fight involving Parker in NZ would be big. The guys a local hero and a really nice bloke people would come out to support. Fa, barely anyone's even heard of him locally and couldn't headline a brawl in car…

[QUOTE=_Rexy_;20506165]That's what I'm talking about. Just because it isn't a big fight over here, it would probably be one of the bigger HW fights that NZ has had, no?[/QUOTE] Any fight involving Parker in NZ would be big. The guys…

[QUOTE=pollywog;20506143]Samoan vs Tongan??? There would be blood in the streets!!![/QUOTE] That's what I'm talking about. Just because it isn't a big fight over here, it would probably be one of the bigger HW fights that NZ has had, no?