Parker-Cojanu Fight to be Announced Wednesday in New Zealand

The Joseph Parker-Razvan Cojanu heavyweight title fight, which BoxingScene.com reported earlier Tuesday was in the works, will be announced at a press conference Wednesday in Auckland, New Zealand.

England’s Fury (20-0, 10 KOs), a cousin of former heavyweight champion Tyson Fury, withdrew from the fight Saturday, reportedly due to a lower-back injury. Parker’s promoters have questioned Fury’s injury because they had long sensed Fury wouldn’t travel to New Zealand for the fight. 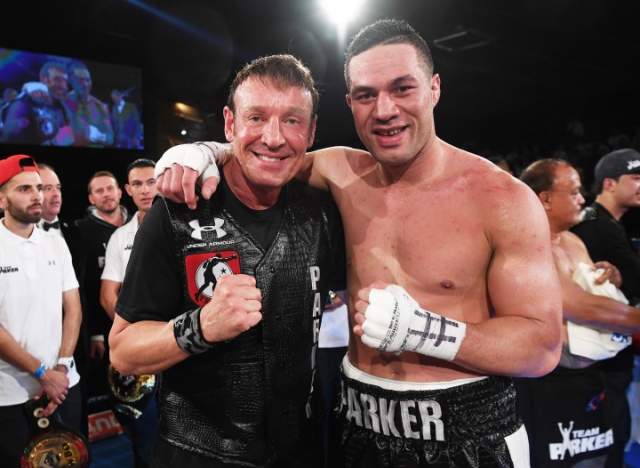 The WBO allowed Parker’s handlers to make a fight with anyone ranked among the WBO’s top 15 heavyweight contenders because Fury pulled out on such short notice. The Romanian-born Cojanu is ranked No. 14 by the WBO, but hardly has accomplished anything that warrants a title shot.

The 6-feet-7½ Cojanu (16-2, 9 KOs), who was one of Parker’s sparring partners for the Fury fight, got knocked out in the second round by Donovan Dennis (12-3, 10 KOs) two years ago as part of ESPN’s Boxcino tournament in Bethlehem, Pennsylvania. The Burbank, California, resident is 3-0 since then, but beat journeyman Grover Young (12-22-3, 8 KOs) only by split decision in their six-rounder in January 2016.

Cojanu, 30, also lost his pro debut by majority decision to Mexico’s Alvaro Morales, who entered their March 2011 bout in Las Vegas with a 5-9-5 record.

Unbeaten WBC heavyweight champion Deontay Wilder (38-0, 37 KOs) suggested Monday that Parker should skip his May 6 title defense in favor of a title unification fight against him in July (https://www.boxingscene.com/wilder-parker-forget-about-6th-fight-me-july--115944). Parker instead chose to make the first defense of his WBO title against Cojanu.

[QUOTE=keith_head;17620166]I tend to agree. Firstly because of how he boxed on the back foot vs Ruiz. It was just, barely working the whole fight, and I think he should he tried to occupy the middle of the ring and not…

[QUOTE=Thinkaboutit;17619787]Parker has had an extended training camp already because of the Furys. He wants to have fight without any further delay and he deserves to. They are probably just getting who they can and equally though it should be some-one…

[QUOTE=RememberTUA?;17619970]What parker needs is new and better promoters, and mostly a new trainer, as a kiwi I've been watching parker since he started, he's improved but not enough, he has the power and speed, but he can't put it all…

What parker needs is new and better promoters, and mostly a new trainer, as a kiwi I've been watching parker since he started, he's improved but not enough, he has the power and speed, but he can't put it all…