Paddy Donovan is on course to be handed some dream undercard slots in what looks likely to be a busy 2020.

The Limerick fighter progressed from hyped underage amateur to lauded pro prospect at the tail end of last year. 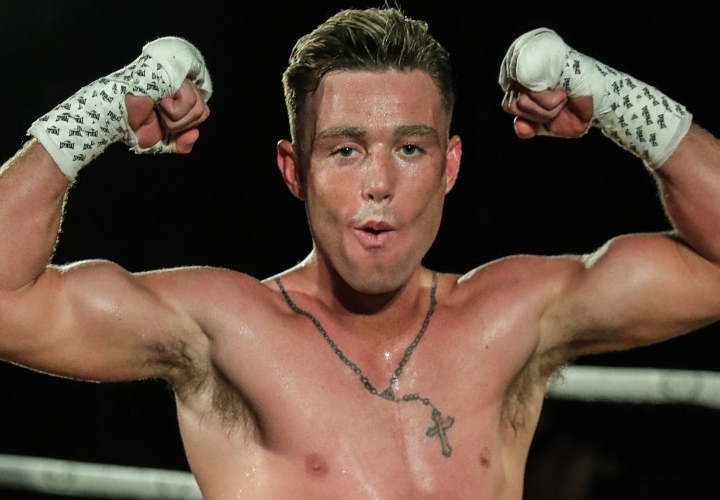 It was then revealed that the 20-year-old would be trained and managed by former WBO middleweight champion Andy Lee, who guided him to a year-ending ledger of 3-0 with two quick, with the most recent fight coming at the Bolton Whites Hotel back in December, exclusively live on iFL TV worldwide, as part of an MTK Manchester card.

Madison Square Garden’s Hulu Theater in New York, on the undercard of Michael Conlan’s next outing, has already been pencilled in as a fight date for ‘The Real Deal’ –– but after being given March 17, the young man on the way to potential stardom has also been earmarked as a potential addition to the supporting cast of Tyson Fury’s next fight.

Fury, the former unified world heavyweight champion, has hired the aforementioned Lee as part of his new training team, alongside SugarHill Steward and returns to the ring on February 22 at the MGM Grand Garden Arena in Las Vegas in a rematch against Deontay Wilder for the latter’s WBC world title.

Steward, formerly known as Javan ‘Sugar’ Hill, is the nephew of one of boxing’s greatest trainers, Emanuel ‘Manny’ Steward.

And Donovan is understood to be under consideration to be added to the bill after Fury’s link up with Lee as he looks to exact revenge on Wilder after the pair fought to a controversial draw back in December 2018.

It’s yet to be revealed who will be on the undercard of Fury’s rematch with Wilder but Boxing Scene understands Donovan is under serious consideration to be afforded a spot before heading to New York on the aforementioned Conlan undercard.

[QUOTE=_Rexy_;20322069]Top Rank has a partnership with Frank Warren. I've found it more alarming that GBP fighters are signing with PBC and Top Rank. It looks like guys are going out of their way to not be on DAZN, wether it…

He is going to fight on a journeyman on PPV

[QUOTE=Oldskoolg;20322065]It appears that Top Rank is snatching up all the fresh talent in the uk and Ireland[/QUOTE] Top Rank has a partnership with Frank Warren. I've found it more alarming that GBP fighters are signing with PBC and Top Rank.…