At 40, Manny Pacquiao is confident that he has enough left in the tank to defeat Keith Thurman on July 20 in Las Vegas.

Pacquiao, the "regular" welterweight champion of the World Boxing Association, seeks to take away the 'super' title and the undefeated record of Thurman to have a single beltholder in the division. He claims to be ready to shut up Thurman, who vowed to destroy him in the fight being held in the MGM Grand in Las Vegas.

"I'm so motivated for this fight for all of the trash talk he's saying and I want to prove him wrong," said Pacquiao, who has a 61-7-2 record, to the Ahora o Nunca program. "The most dangerous thing is when you're not ready and in condition." 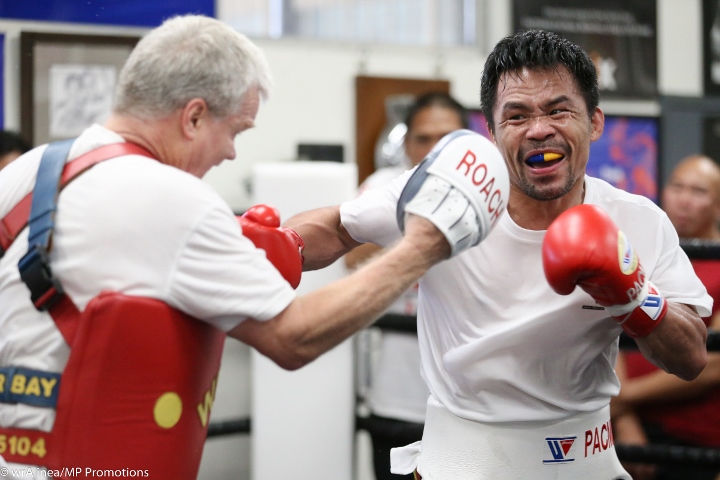 Pacquiao admitted that he has had to work harder than usual in recent years because his longevity makes it harder for him to recover from daily workouts, combined with his duties as a senator in the Philippines.

"At this age, at 40, there is a level of adjustment in terms of body recovery, unlike when you were young you pushed your body in training day by day, you recovered at night," said Pacquiao during and interview with ESPN.

"At this stage, where you are strong, it is difficult to recover the next day, but right now, the speed is there, the power, the speed ... by the grace of God."

The champion in eight different weight divisions said he maintains his weight by eating meat, chicken and protein to be able to have energy for the work he does in the afternoons after finishing his responsibilities in the Philippine congress. He admitted that he no longer likes spicy food, however, due to stomach reflux problems.

As for a second fight against Floyd Mayweather, against whom he lost by unanimous decision in 2015, he said he was willing to do so as long as his opponent comes out of retirement.

"I do not have an idea [if that fight will ever happen], I'm active in sports and he's retired, if he comes back and decides to fight me - I'm here," Pacquiao said.