It was announced earlier today that eight division champion Manny Pacquiao signed with Paradigm Sports Management for representation as he looks to solidify the final years of his boxing legacy. 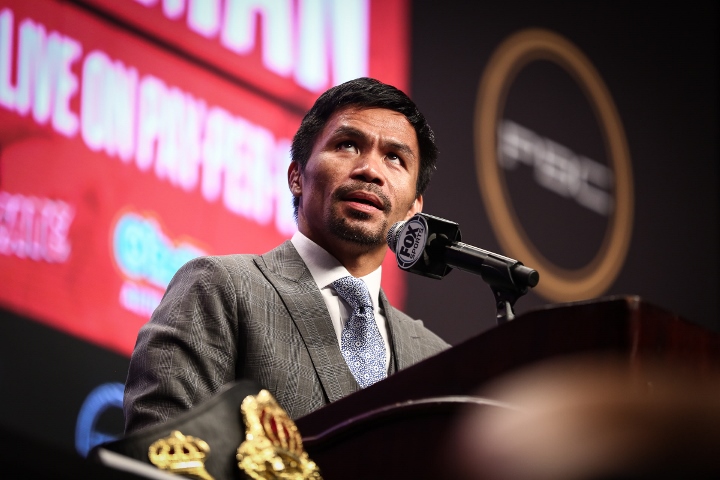 Pacquiao exploded onto the world boxing scene when he defeated Edmund “Enting” Ignacio on January 22, 1995. Since then, Pacquiao has established himself as one of the greatest pound-for-pound fighters in the sport, boasting a 62-7-2 professional record and becoming the only boxer in history to win twelve major world titles across eight different weight divisions. Pacquiao currently serves as a Senator in the Philippines, after being elected in 2016.

“I am proud to partner with Paradigm Sports Management and am excited for the opportunities that Audie Attar and PSM have to offer,” says Pacquiao. “One thing I want everyone to remember is to always think positively.  Never think negatively; that is the beginning of your downfall.  Everything is possible”.

Attar said, “I’m honored to have the opportunity not only to maximize Manny’s boxing career but to help him continue to leave a legacy he is proud of through the lens of business and sport. My approach is to focus on each client and their goals always, and I look forward to fighting on his behalf.”

Paradigm has set itself apart as full-service management that handles the careers of a global roster of elite combat sports athletes, including Conor McGregor, Israel Adesanya, Leon Edwards, and Cris Cyborg.

[QUOTE=BoxingTrav;20387663]If you were not familiar with Floyd until 2001 that says alot. Fact remains that Al Haymon did not make Floyd but he did help him get to another level. Al could not have achieve the status he has without…

[QUOTE=PAC-BOY;20386652]The first time i heard about Floyd was when he fought Angel Manfredy. And the only reason that is is because i fought Manfredy in the amateurs and beat him. We became Friends and always kept in touch. He turned…

[QUOTE=Mr Giggles;20383872]It’s happening boys! The fight the world wants just got a step closer! McGregor even hinted at this happening a few weeks ago. Pacquaio vs McGregor let’s gooo![/QUOTE] Express, Feb 13: "[B]A rematch with Mayweather[/B] - who recently announced…