Mexican junior welterweight contender Pablo Cesar Cano has injured his right hand and he's been forced to withdraw from the big May 4th card at the T-Mobile Arena in Las Vegas, where he was scheduled to face the New Yorker Michael Perez.

According to ESPN Deportes, Cano was injured during one of the last sparring sessions in his gym in Tlalnepantla, State of Mexico, and after going to a medical specialist, they confirmed that he will not be able to get in the ring because the injury needs to have a few weeks of rest before returning to training.

"It was a shame, I was very excited to participate in this card and to prove that I am very close to a world championship. Unfortunately, these things happen and now we have to focus on recovery to get back into the ring," Cano said. 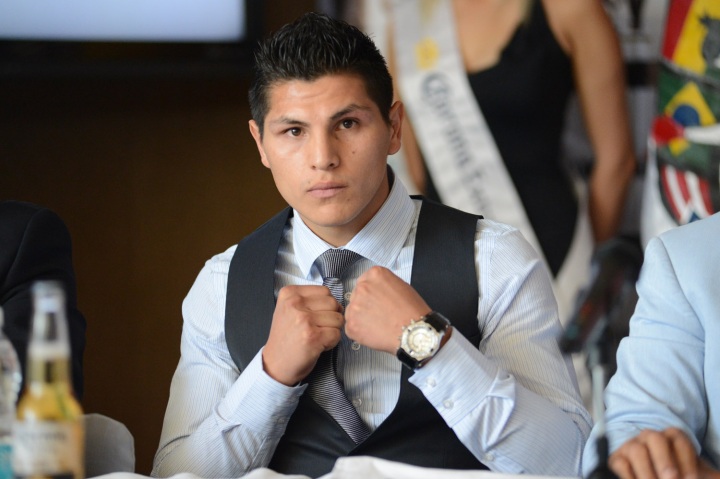 Cano is the second fighter in recent weeks who was forced to withdraw from the May 4th card due to injury.

Recently, former middleweight champion David Lemieux, who was going to face John Ryder in the co-main event of the night, was also nixed the evening. Lemieux suffered an injury and withdrew, with Ryder staying on the card against a new opponent. It is unknown if Michael Pérez will have a new opponent for the show.

Why the hell doesn’t GBP put Ryan Garcia on these Canelo cards?

[QUOTE=Bronx23;19692781]Damn this undercard was already pretty weak. Side note: is it just me or has the buzz for these last two Canelo cards been pretty low since he made the move to DAZN? Casuals have no clue what DAZN is.…

Man Cano has terrible luck. On the verge of breaking into the big money for years and always getting derailed. For me the major turning point was when he dropped and beat the crap out of malignaggi only to get…

[QUOTE=MasterPlan;19692771]Uh 2 fights from the PPV gone (not that those fights mattered but still) that's crazy.[/QUOTE] What are you talking about? PPV??? This isn't PPV, it is on DAZN.

Damn this undercard was already pretty weak. Side note: is it just me or has the buzz for these last two Canelo cards been pretty low since he made the move to DAZN? Casuals have no clue what DAZN is.…