The sanctioning bodies remain in a festive mood well beyond the holiday season.

Yet another purse bid hearing has been delayed, this time with bantamweights Nordine Oubaali and Nonito Donaire as the benefactors. The two sides will have one more week to negotiate a deal for their World Boxing Council (WBC)-mandated bantamweight title fight. The January 21 purse bid hearing has been postponed as a result, with a new deadline of January 28 in place, Oubaali’s management team informed BoxingScene.com on Tuesday.

The bout is one of several in recent weeks to have been granted an extension well beyond deadline, including another WBC-ordered title fight due for a purse bid hearing on Tuesday. As previously reported by BoxingScene.com, Javier Fortuna and Luke Campbell continue to discuss terms for their vacant lightweight title fight. 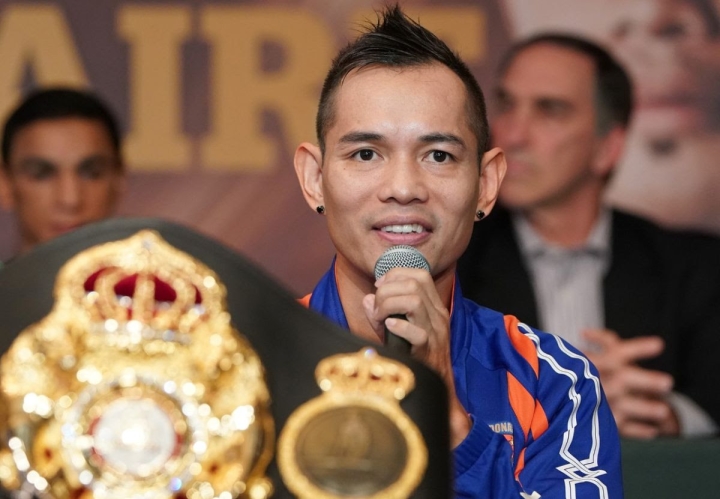 France’s Oubaali (17-0, 12KOs) and Fil-Am superstar Donaire (40-6, 26KOs) both appeared in separate bouts on the same show last November in Saitama, Japan. Oubaali capped a three-win campaign in 2019 with a 12-round nod over previously unbeaten Takuma Inoue, in the chief support to Takuma’s older brother Naoya Inoue claiming top honors in the World Boxing Super Series bantamweight tournament with a spirited decision victory over Donaire (40-6, 26KOs), unifying two major bantamweight titles along the way in their main event.

Oubaali—a two-time Olympian who celebrates one full year as a WBC titlist on Sunday, having outpointed three-time Olympian and former 118-pound titlist Rau’Shee Warren last January—was hoping for his next fight to come in a unification bout versus Inoue, a bout which would have carried several subplots.

Instead, he will face Donaire, who was installed as the WBC’s mandatory challenger shortly after his loss to Inoue. The ranking came via unanimous vote by the WBC Board of Governors, in part to Donaire’s spirited effort put forth versus Inoue, along with the legacy he’s enjoyed over the course of a career now approaching 19 years in service. The 37-year old has claimed titles in four weight divisions, including a second tour as a bantamweight titlist following an injury stoppage win over previously unbeaten Ryan Burnett last November.

The two sides had until January 3, 2020 to come to terms for the ordered title fight,  but have since been permitted an additional 25 days to negotiate terms between two separate extension requests. Handlers for the pair of bantamweights—Oubaali is represented by MTK Global, while Donaire is promoted by Richard Schaefer’s Ringstar Promotions—informed the WBC that a deal is close, hoping that another seven days will prove to be the difference in reaching an agreement on their terms and the risk of third party intervention.

The winning accepted purse bid will be split 60/40 in Oubaali’s favor.

I home oubaali will win this, during last light against inoue jr he said that he was not 100%. he will against Donaire

looking forward to this fight.

Could these Shіtirnizations grow a pair of balls and stop these extensions already?