Valdez (27-0, 21 KOs) has won three fights since his March 2018 war of attrition against Scott Quigg, when his jaw was shattered in the fifth round of a 12-round championship bout. He took nearly one year off following the Quigg fight and moved up to the junior lightweight ranks last year. In his last outing, November 30 in Las Vegas, he survived a second-round knockdown to knock out Adam Lopez in the seventh. 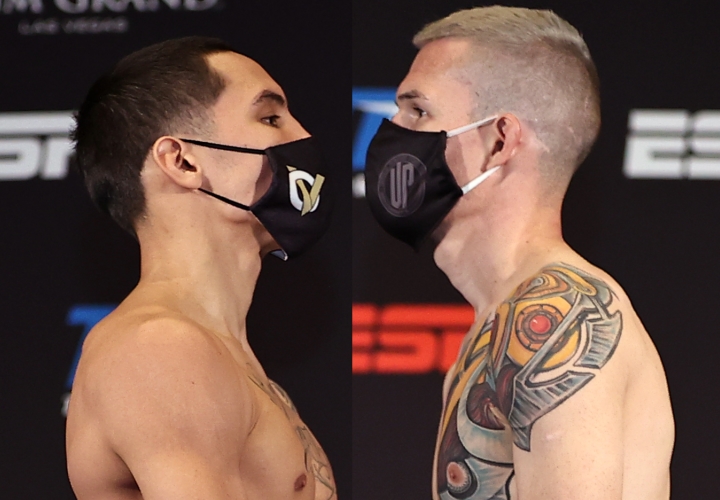 Velez (29-6-1, 21 KOs), from Juncos, Puerto Rico, nearly won the IBF featherweight world title from Evgeny Gradovich in November 2014, but he was held to a controversial draw. He has fought from featherweight to lightweight in recent years and March 2018 knockout victory over former world champion Juan Manuel Lopez. Velez was one half of a Fight of the Year Contender in February, as he knocked down Jaime Arboleda in the 12th round, only to lose a split decision verdict by a single point on two of the judges’ scorecards. He has never been knocked out in a career that’s spanned nearly 13 years.