Later on tonight Oscar Valdez will make his super featherweight debut when he faces Adam Lopez in a bout scheduled for 10 rounds. Valdez was originally scheduled to face Andres Gutierrez who was scratched from the fight when he weighed in a whopping 11 pounds over the 130 pound limit. Lopez, who was scheduled to fight on the undercard in a featherweight bout, agreed to move up to 130 pounds to save the main event.

In a super lightweight bout, rising contender Arnold Barboza (23-0) William Silva (27-3).  The fight started off slow as both men felt each other out.  A left hook by Barboza sent Silva to the canvas in the third round.  Barboza went for the kill but was hit flush from a perfect counter which caused him to slow his aggression.  Silva was able to steady his legs and bounce back in round 4.

However, the end was near as a big right hook to the body caused a delayed reaction that slumped Silva to the canvas. Referee Jay Nady reached the count of 10 at the 2:59 mark of the 5th round. With the victory Barboza retained his NABF super lightweight title.

Blue chip welterweight prospect Xander Zayas (2-0) shined in his second pro bout, stopping Virgel Winfield (2-3-1) at the 1:48 mark of the opening stanza.  Zayas is the youngest fighter to ever sign with Top Rank, doing so at 16-years-old.  The now 17 year-old San Juan, Puerto Rico native made his pro debut last month which he also won by knockout.

Top Rank welterweight prospect Brian Mendoza (18-1) lost his perfect record with a split decision loss to Larry Gomez (10-1). The Cuban-American got off to a good start but Gomez wasn't deterred and kept coming forward. He was the more heavy handed fighter and the impact of his shots was seen on Mendoza's face by the middle rounds.  Mendoza had his moments but had trouble getting away from Gomez's power shots in the second half of the fight.  The final scores were 77-75 twice for Gomez and 75-77 once for Mendoza.

Andy Hiraoka (15-0) opened up the card with a second round knockout of Rogelio Casarez (13-9) in their super lightweight bout.  Hiraoka fought for the first time outside of his native Japan. The time of the stoppage was 2:16.

Guido Vianello (6-0) didn't need much time to stop the severely over matched Colby Madison (8-2-1). The 2016 Italian Olympian's power was too much for the Maryland based Colby.  The time of the stoppage was :44. Vianello fought for the 2nd time under world class trainer Kevin Barry.  All 6 of Vianello's victories have come by knockout. 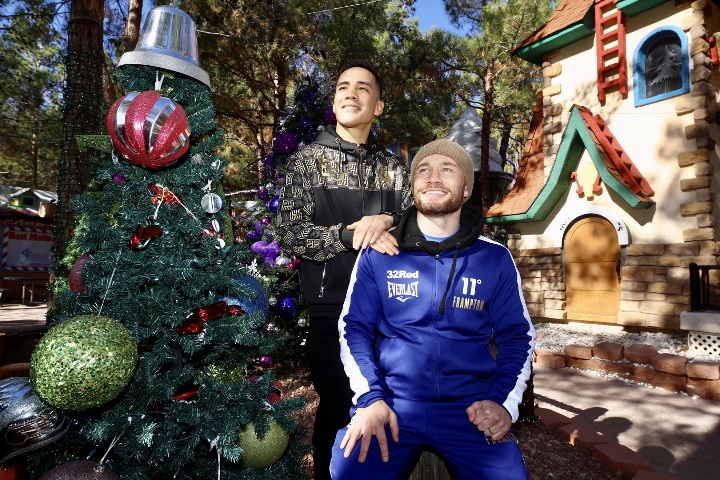