Now multiple sources have confirmed to BoxingScene.com that he will be making the first defense of that belt on November 5th at the Thomas and Mack Center, as part of the Manny Pacquiao vs. Jessie Vargas pay-per-view undercard.

Vargas will be squaring off with the WBO's number one ranked contender, Hiroshige Osawa of Japan, who comes in with a record of 30-3-4 (19 KO's) and is on an eight fight winning streak. 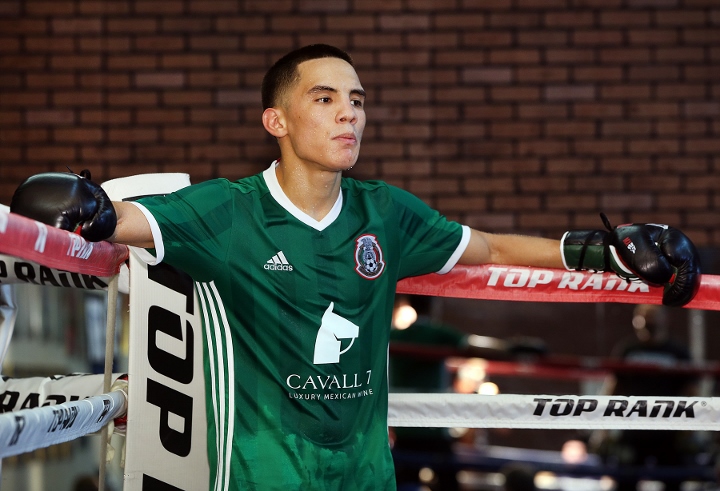 Valdez, a two-time Mexican Olympian is considered one of Top Rank's brightest young stars. The 25-year old from Nogales, Mexico has a professional ledger of 20-0(18 KO's).

Also on this undercard is the WBO jr. featherweight title fight between champion Nonito Donaire and mandatory challenger Jessie Magdaleno.

IN OTHER NEWS: Erik Skoglund’s WBA International Light Heavyweight title fight with Timy Shala on October 28 at the Rosvalla Arena in Nyköping, Sweden has been postponed.

‘’Sadly the fight between Erik Skoglund and Timy Shala has been postponed due to a failed application with the Kampsportsdelegationen (Swedish Martial Arts Delegation),’’ said promoter Nisse Sauerland.

‘’Obviously we are disappointed, but laws are laws and we have to be respectful of the Swedish laws when it comes to boxing. There was a mix up with the application, which meant it was submitted too late, and we will now be addressing this issue to see how it happened, and to ensure it never happens again.

‘’Unfortunately this means we will have to postpone our scheduled event on October 28 at Rosvalla Arena, but we will announce a new date shortly.’’

A new date will be announced as soon as it is confirmed. Tickets will remain valid for the rescheduled date. Alternatively fans should contact Biljettforum to receive a full refund.

[QUOTE=Aztekkas;17061996]Why weren't you singing the same tune when Rigo went out east to get dropped by a Japanese sushi slanger in Amagasa? Hmm :ghost:[/QUOTE] I know youre not comparing El Chacal to this scrub.

Valdez is a beast! Osawa is getting KTFO

[QUOTE=Aztekkas;17062055]:lol1: but he broke his face doe, right? It's all good, Valdez doesn't need anyone's approval at this point. He's a world champion and has faced decent competition thus far. Plus unlike Rigo, Valdez actually has an exciting style and…

Man I have high hopes for Valdez, I wish Arum would do business with Haymon so Valdez could wipe out Arums 126lb division. Valdez vs Cueller would be a nice fight. The only PBC guy thatd be any issue is…