Orlando Salido: Me and Francisco Vargas Have Unfinished Business

Orlando “Siri” Salido has always given the fans the fights they want and deserve, and his championship fight against Francisco “Bandido” Vargas last June at the Stub Hub Center continues to gather accolades as it was name today the best fight of 2016 by the Boxing Writers Association of America (BWAA).

“I am very proud to have been a part of such a great fight and that the BWAA was named its best fight or the year. I knew that it was going to be a great fight the moment it was offered to me. When two Mexican warriors meet the fireworks are guarantee,” said Salido.

The Salido-Vargas fight for the WBC Super Featherweight bout resulted in a draw, but it was so good from start to finish the it has been recognized as the best of 2016 by the BWAA, Yahoo.com, ESPN.Com, USA Today and the WBC among many others. 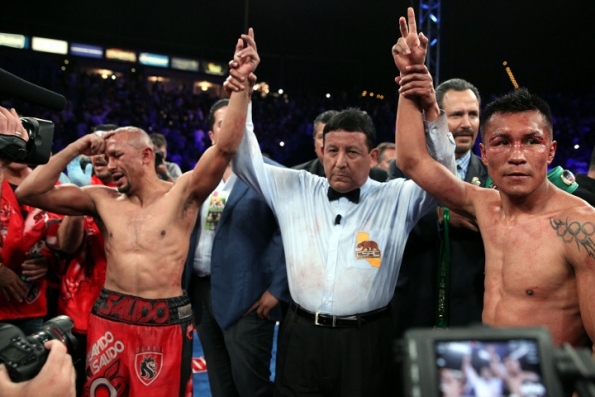 “I personally believe that Vargas and I have some unfinished business and that a second fight would be welcomed by everyone, fans, media, and television executives. I know we can have another fight of the year i 2017,” said Salido.

Salido will be at ringside in Indio, California on Saturday to witness the return of Vargas to the ring. Vargas will defend his belt against fellow countryman Miguel Berchelt.

[QUOTE=LADIV;17386255]he beat loma , the vargas fight was a draw thats unfinished Loma will come after vargas rematch[/QUOTE]Guess you didnt hear the news. Salido asked for a certain amount of money for a Lom fight and then he was offered…

You have unfinished business with Lomachenko, stop ducking him.

MAKE IT HAPPEN! Please bring this fight to southern california!