Taking place a little more than a mile away from present-day Peltz Boxing headquarters, a then 22-year old J Russell Peltz promoted his very first boxing event in front of a beyond-capacity crowd at Blue Horizon in Philadelphia. The headlining act saw Bennie Briscoe avenge a points loss to Tito Marshall from four years prior with an emphatic 1st round knockout on Sept. 30, 1969.

While the Blue Horizon no longer exists, Peltz’s presence in the boxing industry still stands tall 50 years after leading the charge in redefining the Philadelphia boxing scene. It’s only fitting for the Hall of Fame promoter and matchmaker to commemorate his 50th anniversary with a prototypical Philly club show.

An Oct. 4 card held in Peltz’s honor—and very much with his thumbprint attached—will take place at the 2300 Arena in South Philadelphia. The venue is a few miles away from where “The Boy Wonder” first set up shop, but where his team has carved out a new legacy.

"It seems like yesterday I was sitting outside the Blue Horizon in North Philly, selling tickets out of my car for my first card after the box office closed for the day,” recalled Peltz, who gained enshrinement in the International Boxing Hall of Fame in 2004. “From there to the old Arena in West Philly, then to The Spectrum in South Philly, it's been quite a ride.” 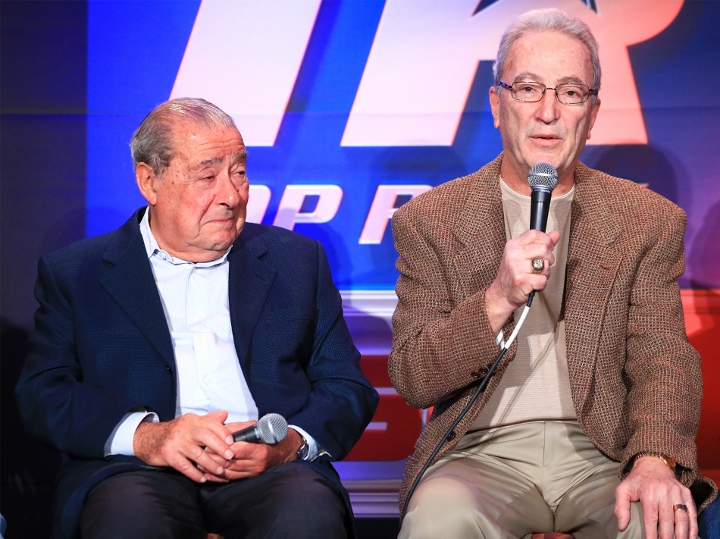 The legendary boxing figure is still going strong at 72, getting there by never worrying about commanding the spotlight or one day passing the torch.

The Oct. 4 show will be presented by Raging Babe Events, a company founded by his longtime mentee Michelle “Raging Babe” Rosado. Headlining the eight-fight card will be Victor ‘Turu’ Padilla (5-0, 5KOs), a rising super lightweight from nearby Berlin, New Jersey by way of Vieques, Puerto Rico. The 20-year young prospect—who is promoted by DiBella Entertainment and trained by Raul ‘Chino’ Rivas, who also guides 130-pound titlist Tevin Farmer and former titleholder Jason Sosa—is already being tabbed by Peltz as a future world champion.

His role in helping Padilla get to that point will remain reduced to that of matchmaker, the capacity in which he will serve on a show as he allows Rosado to continue to usher in a new era in Philly boxing.

“I can think of no one better to promote my 50th Anniversary Celebration,” said Peltz of his longtime understudy. “I have been able to sit in the passenger seat the last couple years while Michelle drove and I’m excited to share this special event with her.”

Rosado has promoted events in Arizona and North Carolina before returning to her Philly roots with a show of her own earlier this year. The February event established a record for the largest-ever crowd to pack the 2300 Arena, packing in 1,433 paying customers for a seven-fight card strictly loaded with prospects.

“It’s an honor to put on this card with and for Russell’s 50th (anniversary),” Rosado humbly stated in being trusted to handle the reins. “He has been an incredible mentor and friend, and I think I have looked forward to this celebration of his legacy even more than he has.”

Significant elements of his no-favors-granted legacy will apply here, including a rematch between local super welterweight Isaiah Wise (7-2-1, 4KOs) and Roque Zapata (6-2-4, 0KOs). Their first fight took place in this very venue nearly three years ago, with Wise suffering his first loss.

More details are forthcoming on the eight-fight card but will undoubtedly carry the half-century old reputation of local fighters being matched tough.

It’s how fighters like Briscoe rose to middleweight contention. The Georgia-born, Philly-bred helped shape the identity of a prototypical Philly middleweight, an era that included the likes of Bobby “Boogaloo” Watts, Eugene ‘Cyclone’ Hart and Willie Monroe, along with countless Hall of Fame talent plying their trade on Peltz’s watch.

That tradition carries strong to this day. Two weeks after the anniversary show will come one of the best matchups of 2019, as unbeaten light heavyweight titlists Oleksandr Gvozdyk and Artur Beterbiev collide in a title unification bout at Temple University’s Liacouras Center, a Top-Rank promoted show which will involve both Peltz and Rosado.

Doors open at 6:30 pm and first bout is at 7:30 pm—on the dot, as anyone who’s ever attended a Peltz-involved event has learned over the past 50 years.