Nonito Donaire Sees Flaws He Can Exploit in Jessie Magdaleno

Five division world champion Nonito “The Filipino Flash” sparred twelve rounds earlier this week in Las Vegas and said he is “feeling great” and looking forward to the coming week when a new set of sparring partners join his training camp.

Donaire told BoxingScene.com/Manila Standard that his Cuban coach, told him to “just maintain where you are in now, rest up and we’ll come and do another twelve rounds” with the current two sparring partners including Joebert Alvarez alternating by going two rounds each.

After reviewing some of Jessie Magdaleno’s fight tapes, Donaire said “he’s very quick but he has a lot of tendencies I can take advantage of. I’m really excited.” 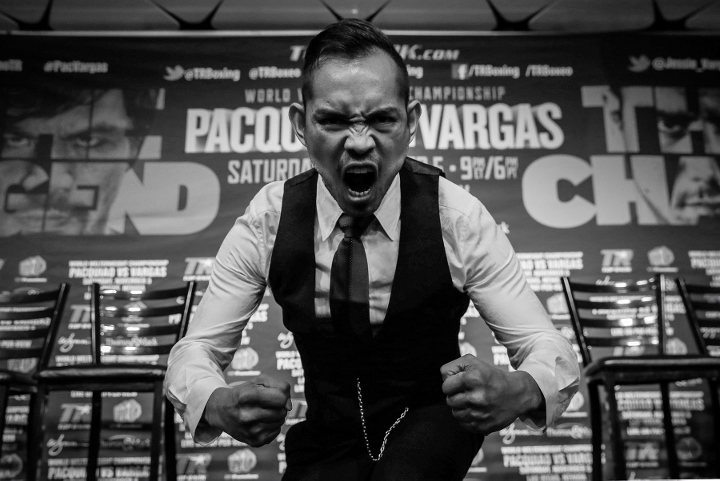 Donaire said he had seen a lot of Magdaleno’s fight tapes and “stuff that I want to implement because his movements are very similar. There’s a pattern to what he does.”

Referring to Top Rank promoter Bob Arum’s comments that Magdaleno was shooting his mouth off, Donaire told us, “he always shoots his mouth off. This is his biggest fight and his mind is fighting him.”

Donaire emphasized that he “feels amazing” and that his weight should be no problem as he walks around at about 130 pounds right now and making the 122 limit shouldn’t be difficult.

The southpaw Magdaleno who is unbeaten with a record of 23-0 with 17 knockouts is coming off back-to-back wins over Filipino opponents Vergel Nebran whom he knocked out in the 1st round and Rey Perez whom he also knocked out but in the 7th round.

I can see donaire being dragged into another war like he was with juarez.donaire is past his best at this point.