Nonito Donaire: "I Also Have Monstrous Power" For Inoue

Nonito Doniare is not lacking confidence—or power, he says—heading into his fight against Naoya Inoue.

126 pounds and is now at a more ideal 118, he’s performing at peak levels because he’s fighting guys his size.

“I don’t think I’m going to have problems with Inoue’s power. In this division, it’s a different story for me. With my power, there’s a big possibility of a one-punch knockout,” Donaire told BoxingScene.com in an interview. “He’s never been tested. He’s never been hit hard enough and we don’t know how he will react to punches. He’s a fresh guy coming in, so it might take a few punches until he really feels the power. That’s something I have to build on, and what I’m working on. Once the opportunity is there, I will take it.” 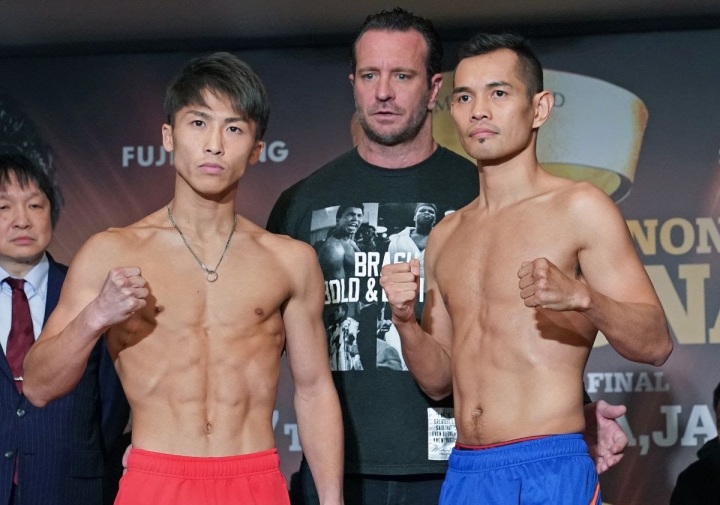 Out of Donaire’s five career losses, two were at 126, two were at 122, and his first career loss was at 112 in his second pro fight. He’s only been stopped once—a knockout to hands of Nicholas Walters at featherweight in 2014. Many believe the underdog Doniare will not be able to withstand Inoue’s thudding offensive attack.

“He’s proven himself throughout by knocking guys out, as opposed to getting in trouble,” said Donaire. “That’s valid and he’s able to do what others can’t do. It makes it even more exciting for me. People tend to forget that I also have monstrous power. I have to remind them that my power will always be with me.

“I’ve always been the smaller guy, that’s why my knockout ratio isn’t where it needs to be. There were bigger opportunities in heavier weight divisions. But now that I’m back at bantamweight taking care of myself, I’m accepting the fact that this is my weight class and this is where I belong and can be very dangerous.”

[QUOTE=ShoulderRoll;20174061]Yeah. It's a guy like Nonito that drains himself down to the lowest weight he can because he isn't good enough to beat the top fighters at higher weights.[/QUOTE] Wrong, drains themselves then puts on a huge amount of weight…

[QUOTE=D4thincarnation;20173466]You don't even know what a weight bully is.[/QUOTE] Yeah. It's a guy like Nonito that drains himself down to the lowest weight he can because he isn't good enough to beat the top fighters at higher weights.

[QUOTE=ShoulderRoll;20173364]Nonito is basically a weight bully, isn't he? He wasn't able to be as successful at other weights like he is when he diets down to bantamweight.[/QUOTE] You don't even know what a weight bully is.

One good connection from Donaire will make the fight interesting otherwise it will be an early Sayonara!