Nonito Donaire Blasts Out Stephon Young With One Huge Left

Nonito Donaire advanced with a whimper into the World Boxing Super Series semifinals, but has stormed into the finals with a bang.

The four-division champion and reigning two-time bantamweight titlist made the most of late opponent change, scoring a one-punch 6th round knockout of Stephon Young in their 118-pound tournament semifinals bout Saturday evening at Cajundome in Lafayette, La.

A left hook put Young down and out in round six. 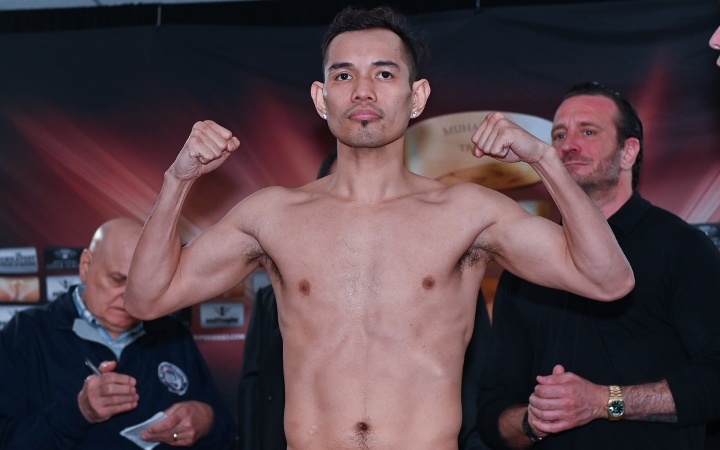 Both boxers trained for drastically different opposition heading in–ranging from height to skill level—and it showed as action was slow in the early rounds. Donaire was the far busier of the two, working behind his jab against his southpaw foe, who took a round or so to feel out his opponent before finally letting his hands go.

It wasn’t until late in round two when Young was able to first make his mark, jarring Donaire with a quick shot upstairs and finishing strong enough to have perhaps stolen the round on the scorecard.

There wouldn’t be much more to his night than that sequence.

Donaire—who originally prepared for 5’9” southpaw Zolani Tete in what was supposed to be a bantamweight title unification clash—found his bearings in round three and never really looked back. The 36-year old future Hall of Famer made the most of his 3” height advantage, with Young struggling to get past his long jab.

A brief momentum swing came late in round five, a frame dominated by Donaire until getting clipped by a right hook upstairs. Young sought to follow up with a straight left hand, but could never find a home for it.

Doniare wouldn’t give him another chance to land anything at all.

The sixth round—and the fight—ended in an instant, with Donaire uncorking a classic let hook which landed flush on Young’s chin. The shot put the St. Louis-bred boxer down and out, the fight waved off without a count.

The official time was 2:45 of round six.

“We came in here with a good game plan, but Stephon is a slick fighter so it was tough to come up with a good game plan,” Donaire (40-5, 26KOs) admitted in having to adjust to an opponent four inches shoulder than originally scheduled Tete. “One way or another I paid for it with scratches on my right hand, but it paid off.

“I’ll take the damage to earn the victory.”

Young (18-2-3) accepted the fight on three days’ notice, receiving a promotion from the undercard after originally scheduled Tete withdrew after suffering tendinitis in his shoulder.

The freak occurrence marked the second straight fight for Donaire which has been influenced by an injury.

Previously unbeaten bantamweight titlist Ryan Burnett suffered a back injury towards the end of the 4th round of his quarterfinals clash with Donaire last November. The win earned Donaire his second tour as a bantamweight titlist, coming more than seven years after first sitting atop the division.

Title wins at super bantamweight and featherweight followed, but ended just as quickly as he eventually realized his place in the sport belonged back down at bantamweight.

He’s now earned his way into the WBSS bantamweight finals and the luxury of scouting out his eventual opponent.

Donaire will now await the outcome of the upcoming clash between unbeaten WBO titlist Emmanuel Rodriguez and undefeated pound-for-pound entrant Naoya Inoue, which takes place May 18 in Glasgow, Scotland.

By his own admission, there exists a preference.

“I have all the respect in the world for Naoya Inoue,” admits Donaire. “There was an unspoken goal in Japan between me and Inoue to go to the finals. I look forward to facing him in the finals.”

The bout served as the opening leg of a WBSS doubleheader which streamed live on DAZN. In the main event, super lightweight top seed and unbeaten New Orleans native Regis Prograis challenges defending 140-pound titlist Kiryl Relikh in their own semifinals bout.

[QUOTE=jonnyc420;19700665]Why would I have evidence of his injury? Geez guy, you really are an idiot. You made your comment on my post, otherwise I wouldn't have bothered with you. You wanted a response and unfortunately it made you look like…

donaire still got it

[QUOTE=jonnyc420;19700542]Any evidence there isn't an injury? Strictly speculation. Donaire doesn't strike that kind of fear in fighters. So you'd rather him be less than 100% in the biggest fight of his career? That's pretty stupid, and you not even knowing…

[QUOTE=tonysoprano;19700031]Any evidence of this injury? Or did him and Warren just look at Donaire/Inoue and think we don't want that action... Very poor from Tete anyway to pull out the week of a fight unless you've been shot is almost…