Nigel Benn Denies Being Turned Down For License By BBBC

Nigel Benn has issued a statement denying that he was turned down for a boxing licence for his comeback by the British Boxing Board of Control (BBBC).

Benn, the former WBO middleweight and WBC super-middleweight champion, is due to return to the ring when he faces Sakio Bika in Birmingham on November 23 at the age of 55, 23 years after he last boxed.

The fight has been sanctioned by the British and Irish Boxing Authority (BIBA). 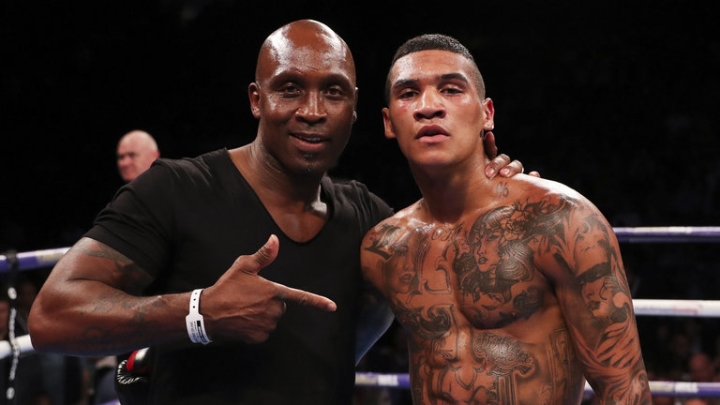 Benn had made inquiries by phone and email about getting his licence back with the BBBC, but was told it would be highly unlikely and did not make an application.

“I can confirm that I have made a formal application for a boxing licence with the British & Irish Boxing Authority,” Benn said I a statement. “I refute the claims that I re-applied for a licence with any other accredited sanctioning body (as has been stated in the press). Therefore, I have not been refused a licence as alleged. It is my decision to box again (although may be seen by some as ‘controversial’). However, unlike many boxers, I have continued to maintain my fitness and healthy lifestyle since my last fight with Steve Collins.

“I acknowledge the risks associated with the sport, and fully understand the importance of being fully assessed by medical professionals. Therefore, I’ve welcomed the requirements of BIBA to clearly establish that I AM ‘fit to box’. I have undergone numerous and regular medical investigations to confirm this, including periodic MRI brain scans. Now that I’m in the UK, within the next few weeks I have welcomed (at the request of BIBA) a further series of tests – including another MRI brain scan to provide clear clarification of my state of health. BIBA are also facilitating additional safeguarding at ringside for my fight (which far exceeds the criteria of any other sanctioning organisation).

“My desire to box again is something that has remained within me for several years… It is MY choice alone, and I’ve not been persuaded or coerced by any other person. I feel like that I am being discriminated against because of my age.  I can also confirm that I have chosen to fight an opponent who is a renowned former world champion in his own right. The challenge that I’ve set myself is high. This IS a tough challenge, but one that I feel I need to pursue to bring about final closure and an inner peace of mind for myself as a man. It’s NOT about the money, it’s about closing a desire that remains within my mind, body and soul. This is my dream, and I hope boxing fans around the world will embrace my wishes, and support and respect the fact that this is my decision alone.”

Bika, 40, last boxed in 2017. Originally from Cameroon, he now lives in Australia, as does Benn. Bika also held the WBC super-middleweight title, winning it win a majority points decision over Marco Antonio Periban in 2013, 17 years after Benn lost the title to Sugar Boy Malinga.

If bika takes it seriously ( which he will not, 100 % G fight)he does benn damage , they both know it and are in it together... along with the drug takers, shyster agents and fake titles our sport is…

Fair play Nige, but you couldn't have picked a worse opponent. Bika is as tough as they come, never been stopped and only retired two years ago. This might be a brutal beating.

Steve Collins is president of the Malta Boxing Commission & I'm sure he could pull a few string, so why not put it on there? & let's have a party.:boxing: