Antonio Nieves is caught between a rock and a hard place.

Nieves has earned the right to become a contender and fight for a WBO world title belt, but all the attention has been focused on his opponent and the U.S. debut of Naoya Inoue.

It is almost like Nieves is an afterthought with the way a majority of boxing scribes and fans favor Inoue to win. 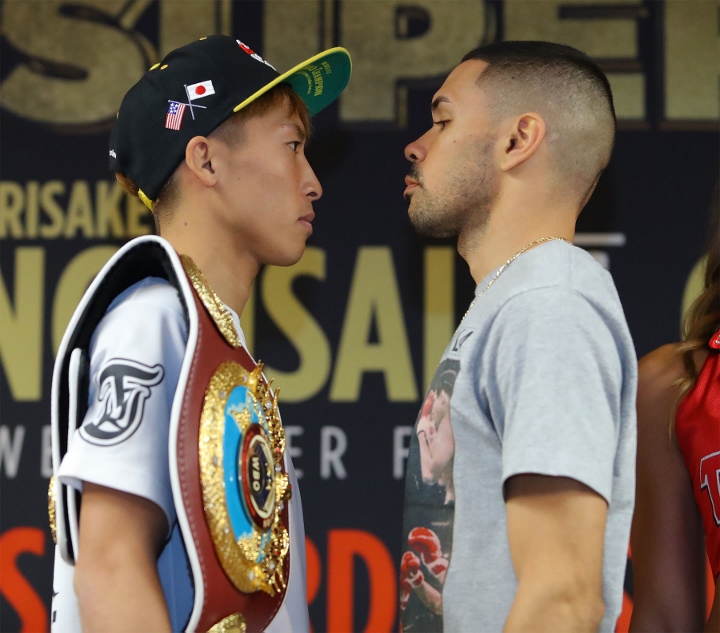 That seems like the added motivation Nieves needs, but he believes he has the talent and determination to defeat the Japanese star.

Nieves will face Inoue tonight in a 12 round bout at the Stubhub Center in Carson, California. The fight will open the HBO broadcast tonight, beginning at 10:15 p.m. ET/ 7:15 p.m. PT.

Nieves (17-1-2, 9 KOs) dropped a close split decision in his last fight on Mar. 10 to Nikolai Potapov, a fight a majority believed Nieves did enough to win. The fight was an elimination bout, but the WBO maintained Nieves in the top 10 rankings.

When the opportunity of a WBO title shot against Inoue came to Nieves and his team, they jumped on it.

"We took this opportunity as soon as it was presented to us," Nieves told Boxingscene.com in a recent interview.

Nieves, who is a banker at PNC Bank in his hometown of Cleveland, is promoted by Dmitiry Salita.

Just as he reads and studies spreadsheets on accounts and interest rates at his day job, the 30-year-old Nieves does his homework with his opponents at his 'night' job. The Inoue fight is no different.

Nieves has an excellent backstory, from his amateur days to fighting for a world title belt. Like many boxers, Nieves has had to grind for things, in and out of the boxing ring.

Manager Tim VanNewhouse believes it is those intangibles that will be the deciding factor tonight.

"This is past of the plan for us as managers and promoters as far as Antonio's development," said Van Newhouse. "We put him on the ShoBox (Potapov fight) card and he had a good performance. I think he learned a lot and it made him the fighter today. Now we're graduating into becoming a legitimate contender at 115 pounds on HBO Sports."

"Antonio is a very confident fighter. Going into this (fight), he knows Inoue is the favorite. I don't think we're in over our head. It's a big opportunity. If you look at the old-time greats, they lost (in fights) when they weren't supposed to lose. I think this is the type of opportunity (Antonio) needs. He worked his entire life for this opportunity and he's going to make the best of it."

With few people in his corner, outside of his trainer, promoter, and managers (David McWater also manages Nieves), the banker-turned-boxer has embraced the 'me against the world' mentality.

Nieves believes he is catching Inoue at the right time and can defeat the fighter many believe to be the best at 115 pounds.

"I've overcome so much in my life," said Nieves. "This is just another obstacle for me to defeat."