Nicola Adams - Her Impact Will Be Felt in The Years Ahead

It is a shame that most boxing fans will greet the retirement of Nicola Adams with something of a shrug. Adams might not have hit the heights of her amateur career in the pro ranks, but she is a trailblazer who has been an inspiration for all British female boxers who follow.

Adams, Katie Taylor and Claressa Shields were the three gold medal winners in London – Adams was the history-maker as the first female Olympic boxing champion (the Neil Armstrong to Taylor’s Buzz Aldrin so to speak) – and those three would go on to be the big names as women’s boxing gained serious attention for the first time.

At 37, Adams was from a generation of boxers who had to fight for acceptance. She was the only girl at her amateur club when she joined, and she had no genuine prospect of ever boxing at an Olympics or making it big as a professional.

But attitudes changed, just in time. When female boxing was approved for her home Olympics, she was reaching her peak. 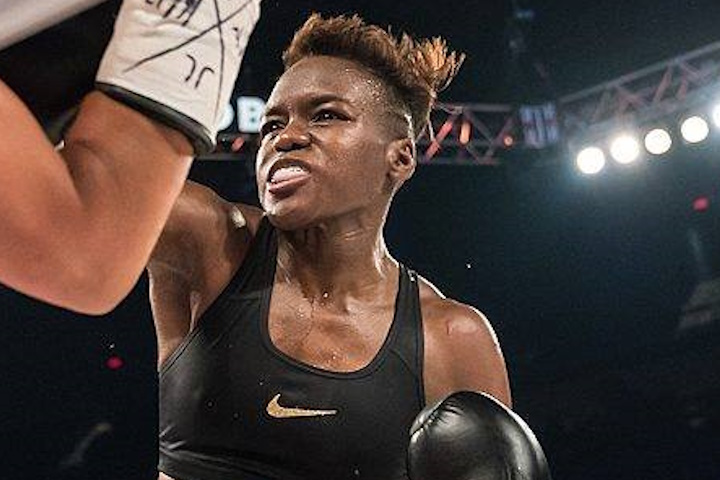 In 2012 she became the first female boxer to win an Olympic gold medal, beating China’s Ren Cancan in the flyweight final, a boxer who had beaten her in the World Championships final earlier that year. It made her a star in Britain, possibly even more well-known with the general public than her fellow gold medal-winners Anthony Joshua and Luke Campbell. But with no obvious route to professional riches, she stayed amateur for another four years, collecting another Olympic gold and a full set of amateur gold medals.

She was tough. She once won a bout with a broken back. She had fallen down the stairs at home as she left for the venue, tripping over her handwraps, and did not get checked out until the next day, She ended up spending weeks in bed as she recovered.

She also won a Commonwealth Games gold medal virtually one-handed, having hidden a serious injury to her right shoulder, which required major surgery and kept her out of action for nearly a year.

The pro career was launched with an avalanche of publicity in 2017, but never really gathered any momentum and lasted only six bouts spread out over nearly two-and-a half years

She had certainly started with good intentions, as she relocated in California to work with Virgil Hunter and had her first two bouts in just five weeks. She adapted her style to increase her power, things looked in place for a swift rise to the top.

Injuries again held her back, though, while she was unlucky too. Her US debut, in the undercard of the first Canelo-GGG bill in Las Vegas, was scrapped at the last minute when her opponent was ruled out because of a problem with a blood test.

What proved to be her biggest win as a pro came at Leicester Arena in 2018, when she beat Isabel Millan on points for the interim WBO flyweight title. Afterwards, she seemed downbeat, in her changing room, the lack of occasion emphasised by the smell of blocked drains wafting into the room. She talked of beating all the champions, one-by-one, but it didn’t happen.

As shot at the full WBO in the more fabled surrounds of the Royal Albert Hall the following March never happened, after she injured her left shoulder. She got the title anyway, after Arely Mucino was injured in a car accident and forced to vacate.

She did get to the Albert Hall for her first defence against Maria Salinas, where all the inactivity counted against her as she had to battle for a draw, leaving her as one of a handful of boxers – most notably Ken Norton – to have held a world title without winning a world-title fight.

I was there for both her Olympic finals, her Commonwealth Games final, her professional debut, interim world-title win and final fight. Despite her status, she remained quite shy, which also made her a tough person to interview and made some team-mates feel she could be aloof. Her heart never seemed fully in it after she turned professional, as she often talked about moving on to other things, including acting.

But gold medals are not given away. Adams worked hard and showed incredible perseverance and self-belief to achieve what she did and her impact will be felt in the years ahead.

Adams should have gone Pro much earlier.